There’s nothing surprising or especially interesting - anyone with a rudimentary knowledge of politics will find the terrain familiar and a little stale.

Frears hasn’t just made an historical recreation; he has made a movie containing a message with universal implications. 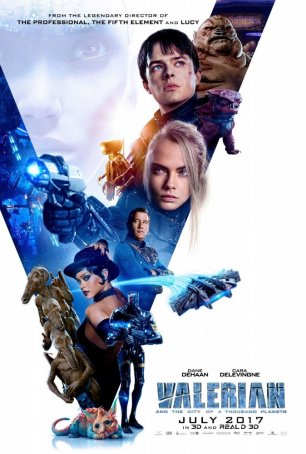 Valerian and the City of a Thousand Planets

On a purely visual level, "Valerian" is a top contender, but as a complete motion picture experience, it falls considerably short.