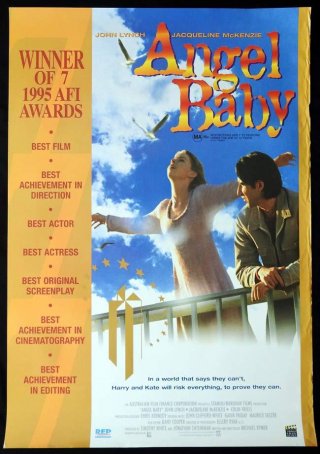 Angel Baby, a tale of love, loss, and mental illness from Michael Rymer, swept through the 1995 Australian Film Awards, winning seven, including best picture, best director, best actor (John Lynch), and best actress (Jacqueline McKenzie). However, unlike Shine, which was similarly lauded at the 1996 AFIs, no overseas distributor rushed to pick up Angel Baby. The reason? Despite certain thematic similarities, Shine is an upper; Angel Baby is a downer.

Depressing or not (I suppose it depends on your point-of-view), there's no denying Angel Baby's emotional power. This is the sort of film that lays it all on the line and requires the kind of commitment from its lead actors that few motion pictures demand. John Lynch and Jacqueline McKenzie deliver intense, passionate portrayals that obliterate the barrier of the screen. In large part, Angel Baby succeeds because of their work. 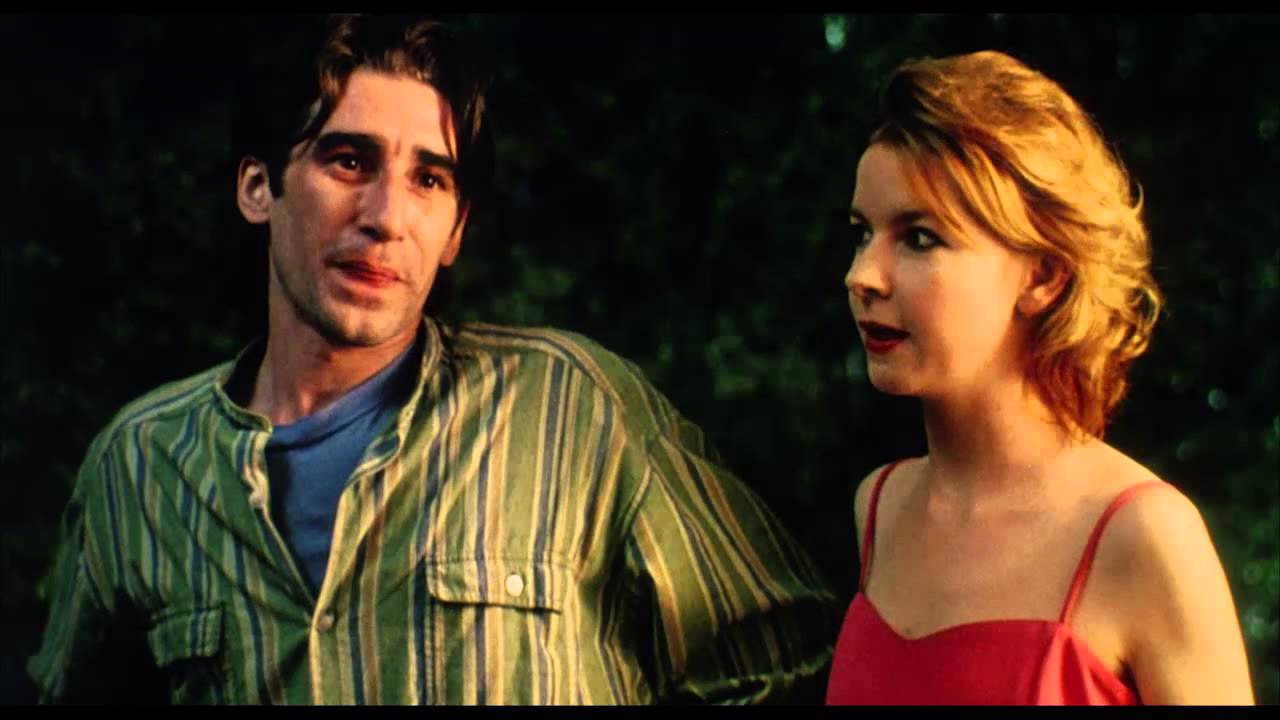 Lynch plays Harry, a schizophrenic who, thanks to medication, is able to move through society in a relatively normal fashion. Harry, who lives with his brother (Colin Friels), sister-in-law (Deborra-Lee Furness), and nephew (Daniel Daperis), is an outpatient at a psychiatric clinic called "The Club House." One day, while there, he catches sight of Kate (Jacqueline McKenzie), a new client. She ignores him, but, shy and smitten, Harry decides to follow her as she makes her way from the clinic to the halfway house where she lives. Realizing that she's being shadowed, Kate confronts Harry and, after a few tender getting-to-know-each-other scenes, they are frantically in love. The intensity of their emotion has disastrous consequences for, although Harry and Kate believe their love is strong enough to overcome anything – even insanity – the reality is far less romantic or forgiving.

Watching this film, I was reminded strongly of a couple of other ‘90s films: Jude (which is based on Thomas Hardy's Jude the Obscure) and Breaking the Waves. Both of those films, like Angel Baby, deal with the effects of a powerful, all-consuming love. Jude ends in tragedy, disproving the cliche that love conquers all. Breaking the Waves centers on a potentially-schizophrenic young woman who clings desperately to both her husband and her sanity. In one way or another, both threads are echoed in Angel Baby, which explores not only the transcendent power of love, but its limitations, as well. 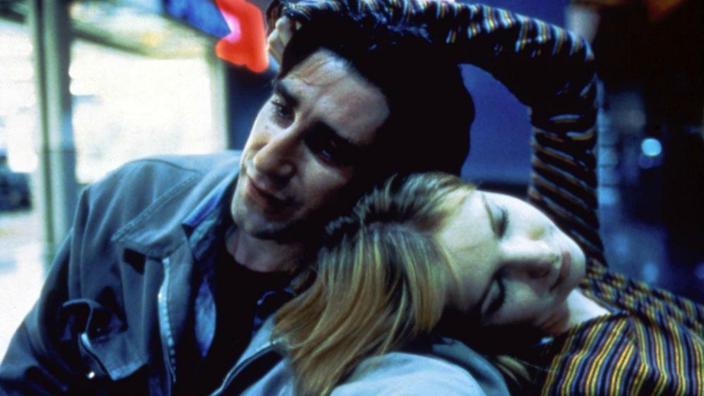 Writer/director Michael Rymer's imperfect narrative contains a few contrived missteps, but the characters and their relationships are so effectively conceived and expertly realized that it's difficult to fault the film much for this. Angel Baby is well-focused on an emotional level, and I found myself unexpectedly touched by this unconventional love story. There's more than mental illness and its attendant pain to Harry and Kate's relationship. The tenderness, eroticism, and ecstasy of their interaction leaves the most forceful impression. We can't help becoming involved as they walk an uncertain mental tightrope, clutching at each other all the way.

Angel Baby is a raw, intense, carnal film that will appeal most strongly to adventurous movie-goers. It's ironic that the very qualities which scared off all the major U.S. distributors are those that give Angel Baby its unique identity and make it such a compelling viewing experience.