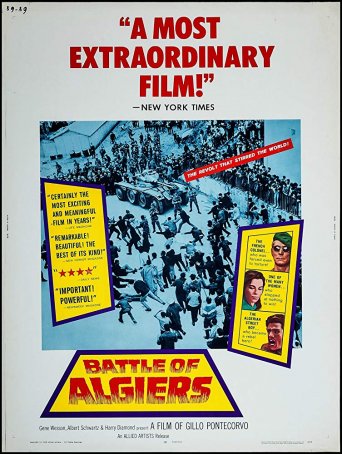 Filtered through a prism of Italian neo-realism, The Battle of Algiers is an unflinching portrayal of how high-minded ideals get trampled underfoot in the heat of war. The film is relevant to modern-day audiences not so much in the specificity of the historical incidents it chronicles but in the universality of what they represent. In fact, the U.S. government held special screenings of The Battle of Algiers in 2004 as a cautionary piece in the aftermath of the invasion of Iraq to illustrate "[how] to win a battle against terrorism and lose the war of ideas." Although director Gillo Pontecorvo displays sympathies for one side (the Algerians) over the other (the French), he resists the impulse to demonize the latter and lionize the former. The film’s detached perspective, presented in the style of newsreel footage or a documentary, is as close to objective as one might reasonably expect. Limiting the partisan bias allows The Battle of Algiers to stand outside of one time period and be representative not only of this war but all wars.

The film functions more as an overview of the titular battle than a traditional character-based narrative. Although the story follows a few individuals, none are given detailed backstories nor is any accorded the kind of arc one might normally expect in a motion picture. Instead, they are present to allow for varying perspectives to be portrayed. The insurgent National Liberation Front (FLN) is represented by the fiery, violent Ali La Pointe (Brahim Haggiag) and the more reasoned El-hadi Jafar (Saadi Yacef). The single major French character is the commander of the paratroopers fighting against the resistance, Lieutenant-Colonel Mathieu (Jean Martin). 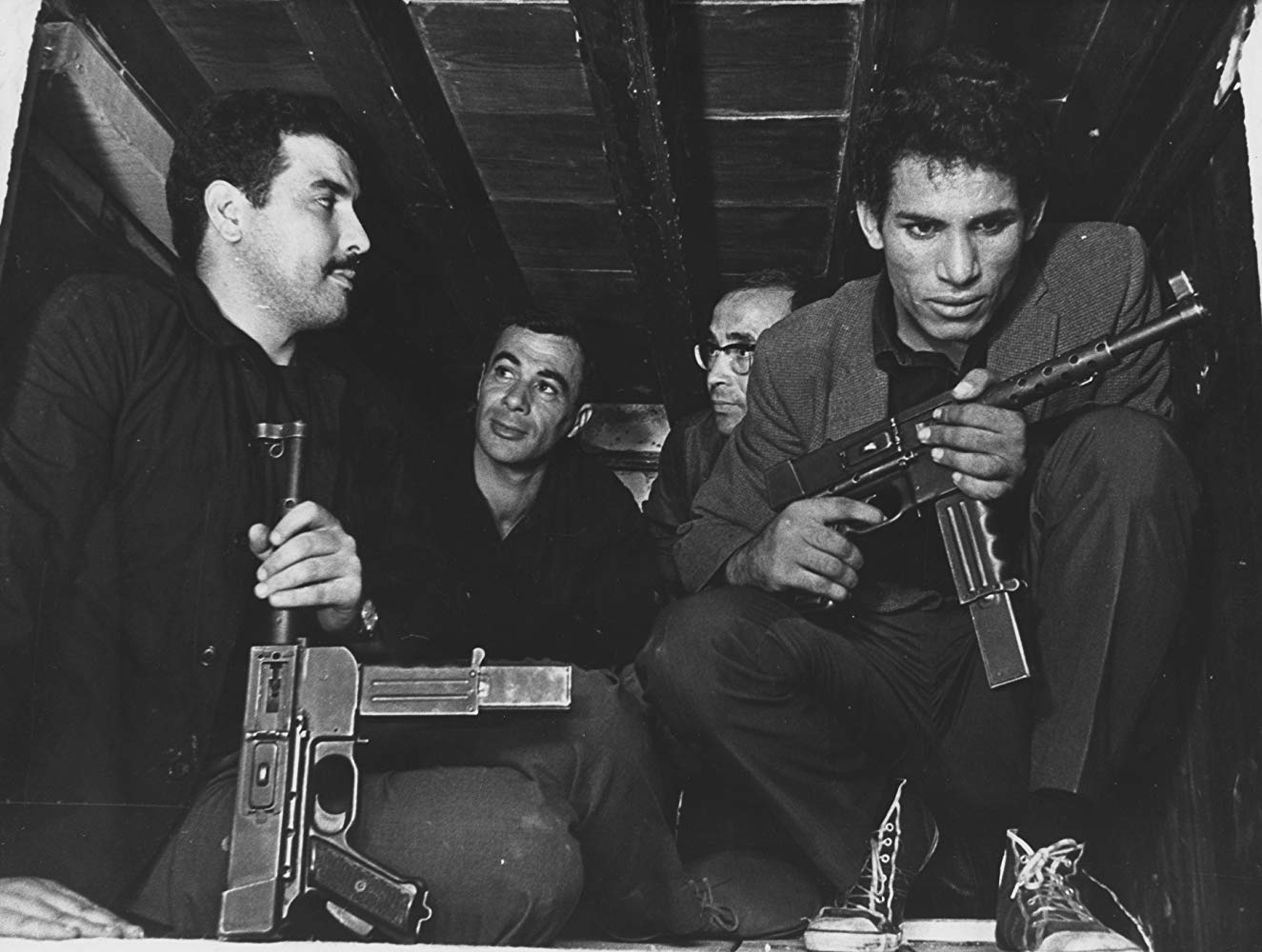 The Battle of Algiers opens in 1954 with the early events of the Algerian War of Independence in the city of Algiers. The resistance opens the violence by assassinating policemen; the counter-insurgency, led by Mathieu, strikes back with equal vehemence, at one point using a bomb to destroy a suspected resistance hideout. The cycle of violence and repression escalates with the FLN participating in terrorist attacks while the paratroopers employ indiscriminate, summary executions. The movie ends in 1957 with the elimination of the last member of the FLN’s upper echelon. However, this is a case of winning the battle and losing the war. Although the resistance was put down in 1957, it rose again several years later and Algeria gained its independence in 1962.  (The film, made in 1966, was able to look back on the Battle of Algiers from this perspective.)

Pontecorvo, whose filmography shows a preference for documentaries, opts for a straightforward, non-melodramatic approach. By using a faux newsreel style, he is able to create a third-person omniscient perspective for the viewer. Despite this objectivity, there are moments of emotional power. Perhaps the most memorable occurs when three Arab women, dressed as Colonials, target locations in the city’s European section for terrorist attacks (a bar/restaurant, a dance hall, and a bus station). We observe the women’s reluctance as they plant the bombs and look into the eyes of people they know will soon die, but they do their duty. 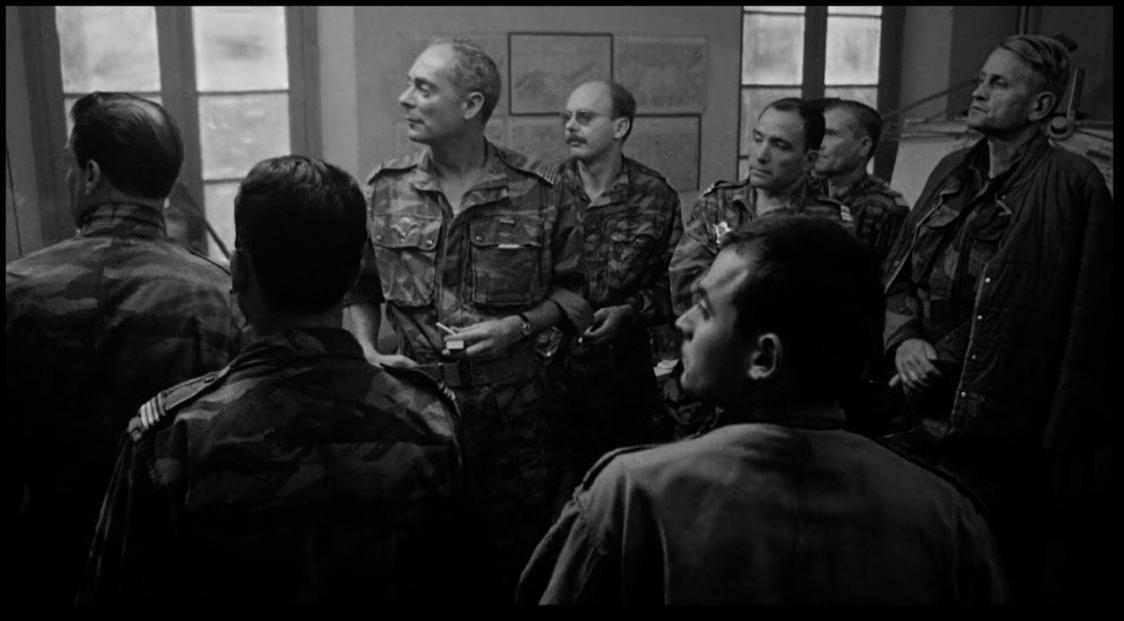 With the exception of Jean Martin, none of the actors in The Battle of Algiers are professionals. Pontecorvo wanted the rawness that would come from performers new to the craft (he also didn’t want to risk shattering the sense of authenticity by employing an actor some viewers might recognize from elsewhere). Saadi Yacef, whose memoires provided the basis for the screenplay, was cast to play a slightly fictionalized version of himself (re-named as El-hadi Jafar). The other main characters are composites of real-life participants. Colonel Mathieu is an amalgamation of several officers, including Jacques Massu, Marcel Bigeard, and Roger Trinquier.

In another boost to the film’s authenticity, it was shot on location in Algiers, with many scenes in the Casbah taking place where actual events occurred. With filming taking place only a decade after the war, it was possible to achieve verisimilitude without having to “dress up” many areas.

The film was lauded throughout much of the world at the time of its release, receiving widespread critical acclaim (Roger Ebert in his contemporaneous review gave it ****) and winning a host of festival awards. It was also nominated for three Oscars: Screenplay, Director, and Foreign Language Film.  The exception to the positivity was in France, where it was first banned then delayed. The prodution was associated by some as inspiring the tactics of urban guerrilla warfare used by the Black Panthers (in the United States) and the IRA (in Ireland). 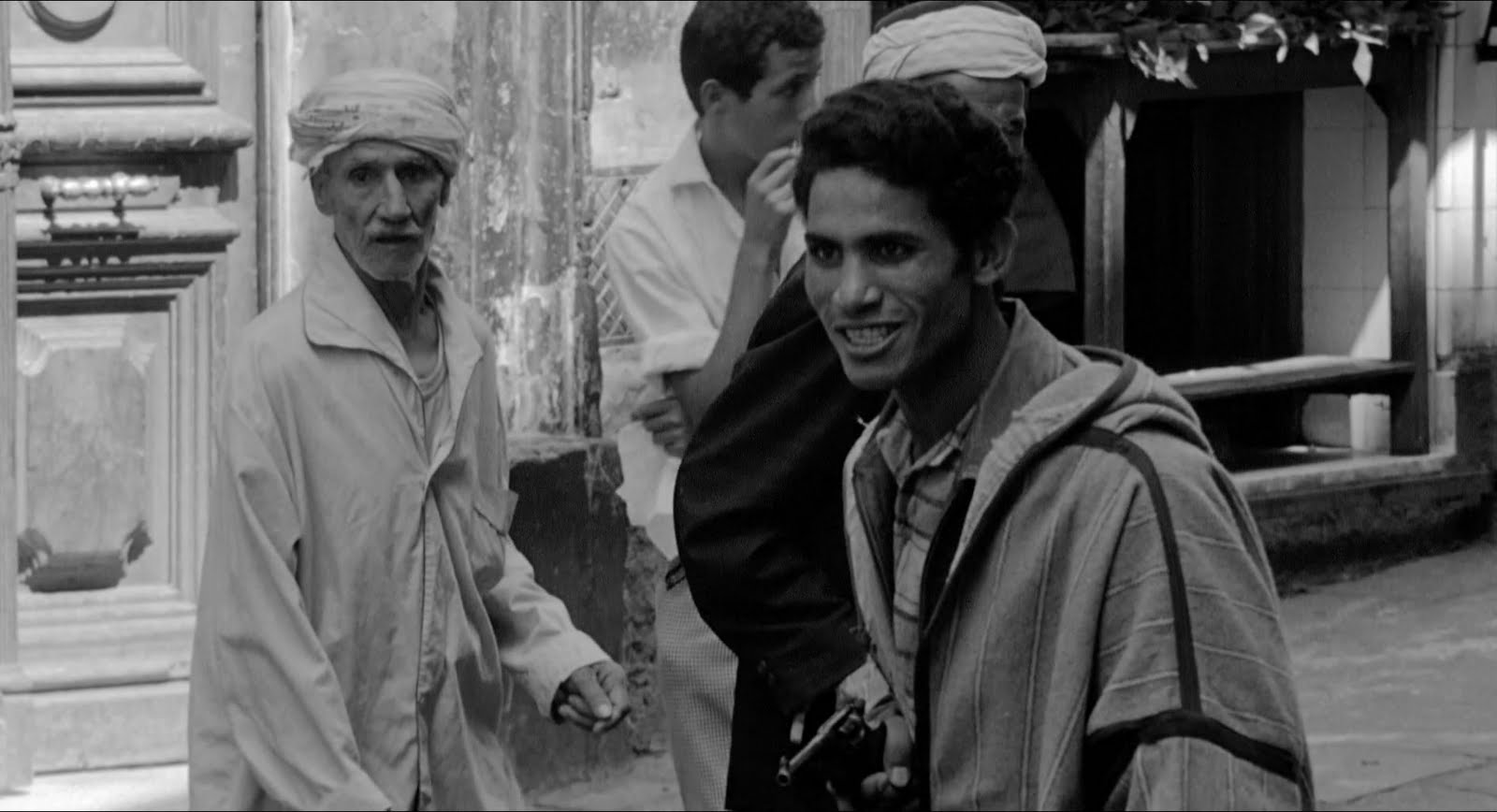 The Battle of Algiers is a difficult film precisely because it poses unsightly questions for which there are either ugly answers or no answers at all. Few things in this film are clean or easy. The scenes depicting torture, although tame by today’s standards, leave little to the imagination (a blowtorch being lit and moved into position by a man’s chest, electrodes attached to a prisoner’s ears). The movie makes the case for terrorism – that it’s needed to get the world’s attention and to create an environment in which diplomacy can germinate – and the counter-insurgency’s actions. (Mathieu remarks that maybe the French shouldn’t be in Algeria but, if they’re going to remain, these things are necessary.)

Does the end justify the means? That’s perhaps the bottom-line question. The Battle of Algiers makes it clear that, regardless of the “rightness” of the cause for which the battle is being fought, there will always be civilian casualties – men and women going about their daily routine who will never return home at night because they happened to be in the wrong place at the wrong time. The movie reads like an epitaph for the innocent victims not only of this war but of all wars. And, in the universality of that message and the lucidity with which it is presented, The Battle of Algiers shows its true power.