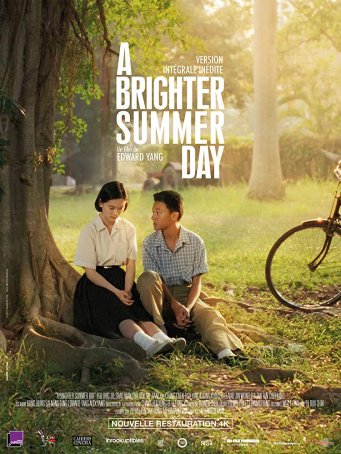 The word “epic” is thrown around carelessly when discussing motion pictures. With its sprawling tapestry and mini-series length, Edward Yang’s obscure (at least in the West) 1991 gangster drama, A Brighter Summer Day, deserves that label. It also warrants comparison to Francis Ford Coppola’s The Godfather (more in thematic terms than content-wise). The Godfather is ultimately a richer, more immersive experience but A Brighter Summer Day at times comes close.

If there’s a detriment to A Brighter Summer Day (the title is taken from a line in the Elvis Presley hit, “Are You Lonesome Tonight?”), it’s that the narrative can at times be confusing, especially early in the film (this may in part be the result of a cultural barrier). It can be difficult identifying how characters relate to one another and where the lines of demarcation are between gangs. Also, the film’s leisurely pace allows for a tangent that follows a secondary character (the father) for a while, interrupting the flow of the larger story arc at a time of high drama. Although this detour is dramatically effective in its own right, its inclusion is awkward. 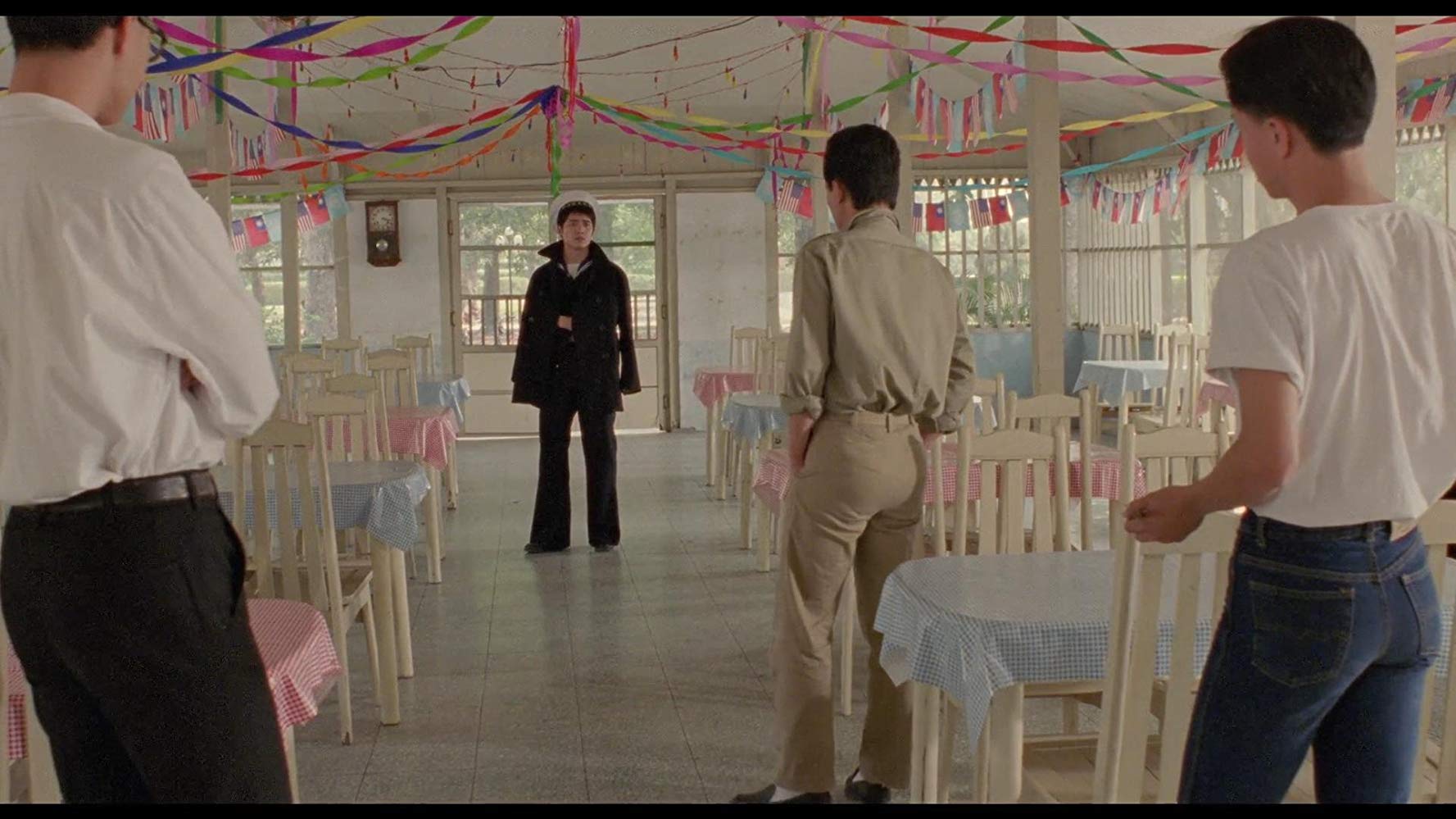 A Brighter Summer Day’s four hours covers the same number of years. The setting is Taiwan between 1959 and 1963 and primarily follows the development of Xiao Si’r (newcomer Chen Chang), the fourth child of a middle-class family in Taipei. We are provided with a little background concerning the relationship between Taiwan and mainland China and how adolescents have banded into gangs as way of generating a sense of belonging. The caption explains it thus: “Millions of Mainland Chinese fled to Taiwan with the National Government after its civil war defeat by the Chinese Communists in 1949. Their children were brought up in an uneasy atmosphere created by the parents' own uncertainty about the future. Many formed street gangs to search for identity and to strengthen their sense of security.”

Si’r, an academically strong junior high school student, is not a member of any gang. As a result of a bad grade, he has been demoted from day school to night school. The latter shift is where most of the gang members congregate. The next section of the film follows Si’r’s night school misadventures. Along with his best friend, Cat (Chi-tsan Wang), he becomes involved in a series of minor pranks, such as spying on the making of a movie in a studio adjacent to the school. Si’r develops a rivalry with Sly, the current leader of the Little Park Boys. (The other local gang is the 217’s.) When the former head of the Little Park Boys, Honey, comes out of hiding, he is unable to regain his previous position – the gang is now loyal to Sly. Si’r becomes friendly with both Honey and his girlfriend, Ming (Lisa Yang). He develops a crush on Ming but doesn’t act on it. However, after Honey is murdered at the hands of the leader of the 217’s, Si’r and Ming become romantically involved. Meanwhile, the Little Park Boys retaliate against the 217’s for Honey’s death and, in the midst of a typhoon, massacre the rival gang. Si’r, who has only been peripherally involved in the gang violence, doesn’t have to go into hiding with the Little Park Boys after this. 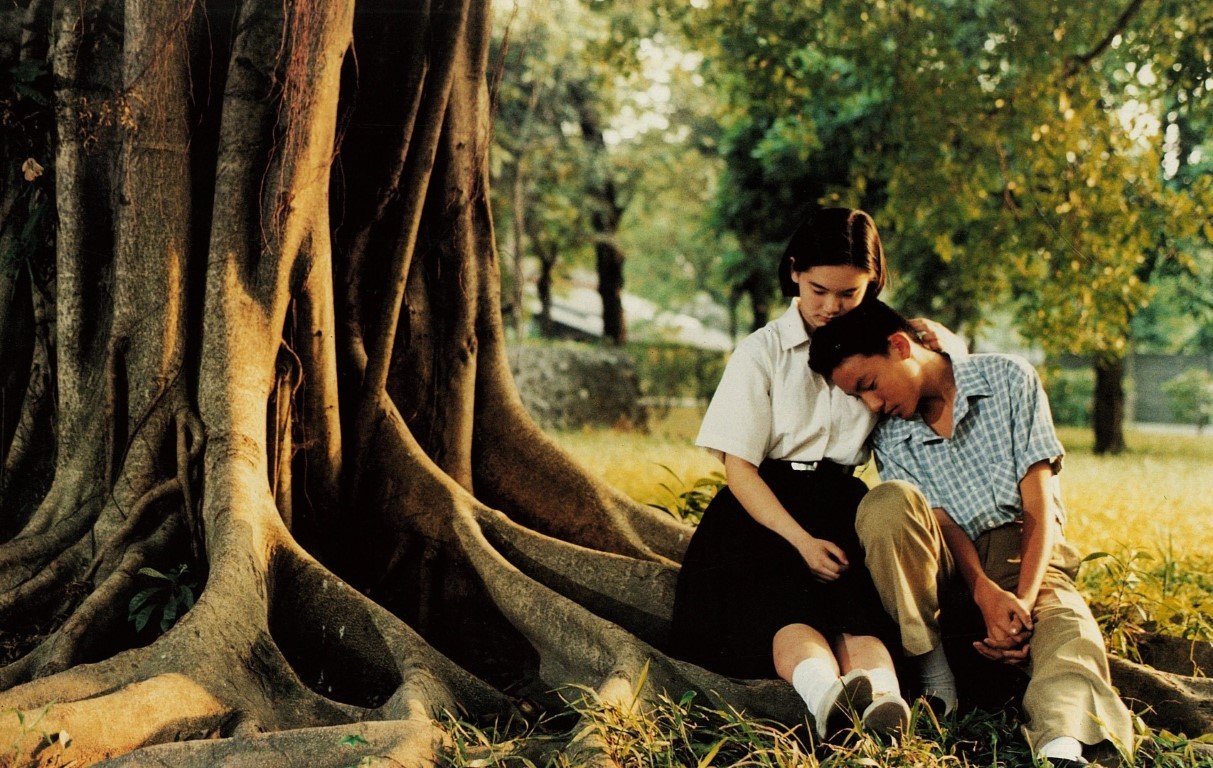 With gang violence diminished, Si’r’s life briefly stabilizes. However, following an altercation with school officials, he is expelled. Needing to re-enter day school, he devotes much time to studying for the entrance exam. This creates distance between Si’r and Ming and, when he hears rumors that she has become involved with his friend Ma (Chih-Kang Tan), he is overcome with jealousy. This completes the descent into darkness begun in the halls and classrooms of the night school and leads to an act of shocking, senseless brutality.

Yang is able to insert history and political commentary into A Brighter Summer Day; in those areas, the story may become opaque for Western viewers unfamiliar with the relationship between Taiwan and China during the 1960s. The main theme, however – the erosion and eventual corruption of innocence resulting from a culture of violence – has universal implications. Many films (like the aforementioned The Godfather, which follows the downward spiral of Michael Corleone) and works of literature have developed around this central conceit. In this case, Yang has taken a real-life incident and added flesh and sinew to the bare-bones accounts he discovered in old news stories.

The film’s length allows for a nuanced portrayal of the lead character’s downfall. There are no sudden, jarring changes in temperament and any temptation to demonize Si’r is rejected. His youthful impatience and inability to fully process his feelings for Ming provide believable catalysts for the emergence of dark impulses. These are nursed by the violent atmosphere of his neighborhood and school. One of the starkest and most memorable scenes in the film follows Si’r as he explores in the wake of the massacre and encounters death in its bloodiest form for the first time. It’s a watershed moment for the character and the movie. From that moment until A Brighter Summer Day’s conclusion, there’s a sense that things won’t end well and one of the small number of main characters won’t survive to see the end credits. 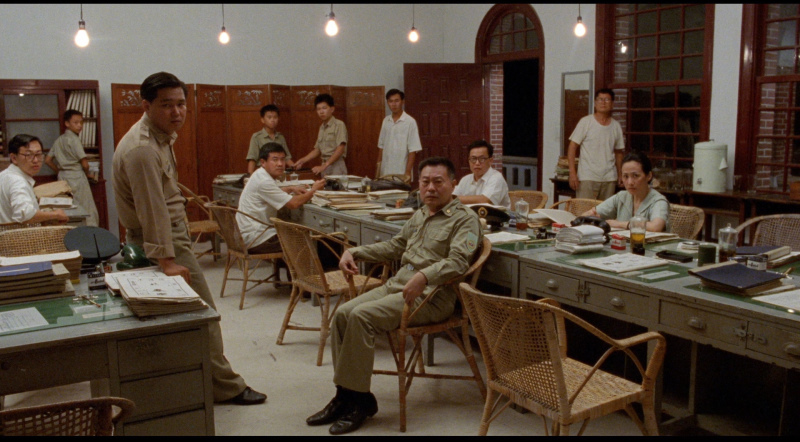 A Brighter Summer Day features strong performances from four of the main actors. The most notable come from real-life father and son Kuo-Chu Chang and Chen Chang. The latter, who was a teenager at the time and making his debut, has stated in interviews that his opinion of the profession changed over the course of filming from an initial dislike to a passion. He presents Si’r as an ordinary boy caught up in extraordinary circumstances and his heartfelt reaction to his climactic crime is wrenching and believable. Chang would go on to become a major figure in Taiwan and Hong Kong cinema, appearing once more for Yang in Mahjong before working with the likes of Wong Kar Wai, Ang Lee (in Crouching Tiger, Hidden Dragon), and John Woo. Despite opportunities, he never followed other Asian stars to Hollywood. He continues to appear primarily in Chinese productions. His father, who had been an actor since before Chen Chang’s birth, also continues to work today. For Lisa Wang, this promising beginning proved to be her only film – she became an accountant, moved to New York, and gave up acting. Elaine Jin, who plays Si’r’s mother, was a veteran actress before appearing in A Brighter Summer Day and, like her on-screen husband and son, continues working in Asian cinema in 2019.

Yang’s final film, Yi-Yi, was released in 2000. It was arguably the crowing achievement of his career. (He died in 2007.) Emotionally, Yi-Yi is a more powerful film than A Brighter Summer Day but it lacks the scope and breadth of the earlier endeavor. In large part because of its length, A Brighter Summer Day was unable to secure a Western Distributor and, as a result, was seen primarily in the United States in an edited format made available to film festivals until the Criterion Collection release the unexpurgated version on DVD in 2015. The production’s belated availability allows English-speaking viewers to have access to one of the great films made by an Asian director who never achieved the overseas adulation of some of his contemporaries during his lifetime but whose work has received greater appreciation in the years following his death.