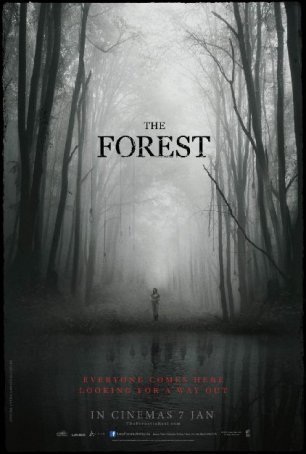 The Forest is a low-budget horror film that arrives in January with the usual low expectations associated with early year releases. Considering the movie’s undistinguished profile and limited marketing, it seems unlikely The Forest will gain much traction in a market dominated by Star Wars: The Force Awakens. To be fair, The Forest boasts a promising premise but squanders most of its goodwill as a result of narrative shortcuts and contrivances, horror film clichés, and haphazard editing. There’s a least one interesting twist but it’s revealed far too late to save an otherwise lackluster production.

The star is Natalie Dormer who, despite not having achieved a coveted spot on Hollywood’s A-list, has enhanced her resume dramatically in recent years with significant roles in TV’s Game of Thrones and the multiplex megahits Mockingjay Part 1 and Mockingjay Part 2. Dormer has the acting chops to play the lead in almost any movie but the script of this one, credited to Sarah Cornwell, Ben Ketai, and Nick Antosca, doesn’t give her much of an opportunity to display herself as more than a generic horror film victim. Her character, Sara, is underdeveloped and not given much to do beyond running around acting freaked out. The only other significant player is Taylor Kinney, who plays overly helpful journalist Aiden. It’s impossible to tell whether Kinney can act (his primary purpose seems to be as eye candy for female viewers) because the script gives him less than Dormer to work with. 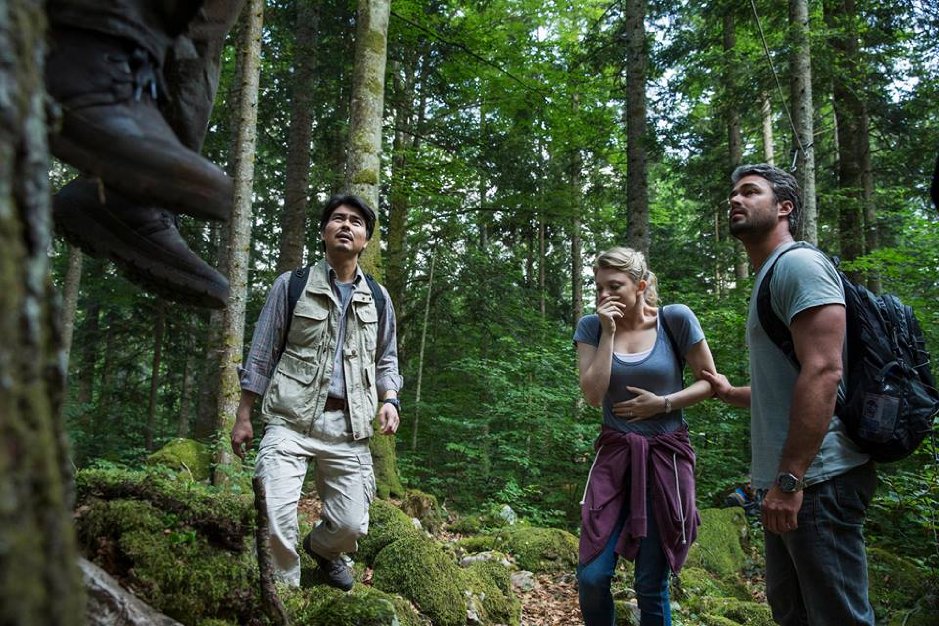 The Forest takes Sara, a conventional thirty-something American woman, to Tokyo, a city she has never visited in a country with which she is unfamiliar. Her reason for traveling: her twin sister Jess (also played, albeit briefly, by Dormer) has disappeared in a haunted forest at the base of Mount Fuji. Oblivious to the culture and unable to speak the language, Sara nevertheless begins a search for Jess. Fortunately, in a bar near the forest, she encounters fellow American Aiden, who’s on assignment for an Australian magazine. He happens to be best friends with one of the rangers who patrols the forest (looking for bodies - the place is apparently a popular suicide location). Aiden and the ranger, Michi (Yukiyoshi Ozawa), agree to take Sara on an off-trail exploration. The situation takes a bad turn when Sara insists on doing things that characters only do in horror movies (like go where they’re told not to go and wander off when they’re warned to stay put). 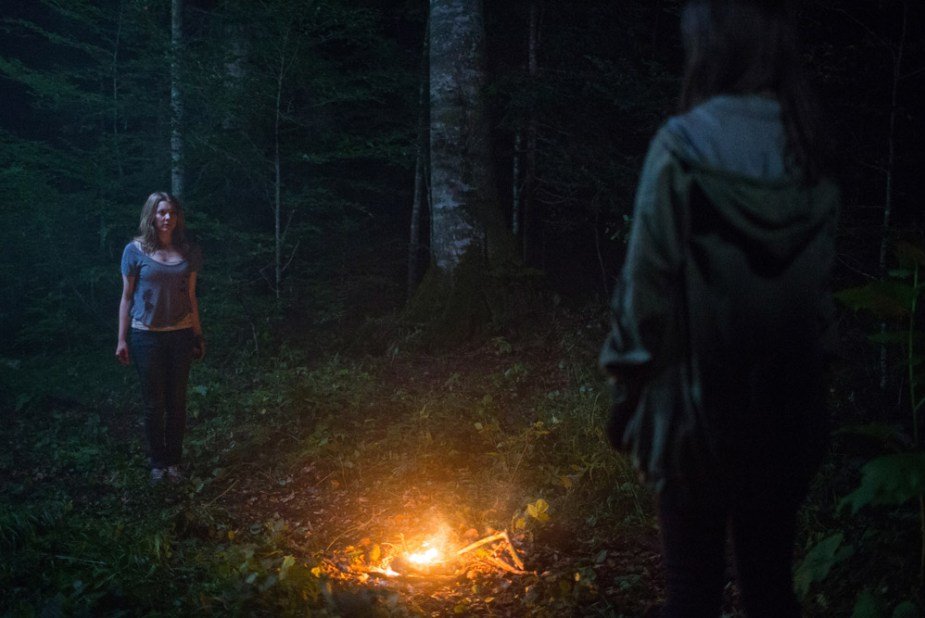 The Forest is frustrating for a number of reasons. The concept of a stranger in a strange land trying to navigate both a foreign culture and a physically imposing obstacle (the forest) is theoretically appealing. Unfortunately, it’s short-circuited not only by the inclusion of narrative crutches Aiden and Michi (who limit the isolation element) but by the rapid-fire manner in which the story unspools after the first 30 minutes. In this context, the forest never becomes more than a standard horror setting. It’s a background element - a dark and unappealing place, to be sure, but there’s a sense it could have been a lot more.  That feeds into the film’s fundamental flaw: its approach to horror is basic and uninspired. There are plenty of jump-scare “boo!” moments and camera angle-generate shocks, but there’s nothing unique or inventive about this kind of stuff. The forest itself represents a missed opportunity to generate something powerful and malevolent. Director Jason Zada, making his feature debut, fails to develop the atmosphere necessary to make The Forest more than a congregation of trees.

Horror fans will likely react to The Forest with a shrug. There’s nothing here to warrant a trip to a theater and the PG-13 rating limits how graphic the content can be. It’s curious that Gramercy accorded this a wide theatrical release instead taking the direct-to-VOD (Video on Demand) route. There will be worse titles released in 2016 (probably even worse horror movies) but mediocrity of this sort isn’t an inspired way to start the new year.