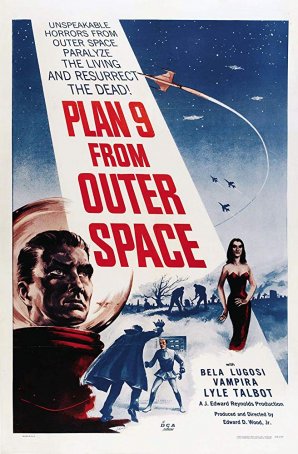 How does one go about reviewing a movie that is as widely considered “the worst movie ever made” as Citizen Kane is deemed to be the best? It’s especially difficult when one considers that the film’s reputation dwarfs its reality. It has become a “cult classic” based primarily on the fallacious assumption that it’s “so bad it’s good.” Sure, if one was to watch clips from Plan 9 from Outer Space, one might be amused (or at least entertained) but it’s a different matter to sit through the entirety of Ed Wood’s opus of ineptitude. Ten minutes of Plan 9 is fun. Eighty minutes of Plan 9 would surely be banned by the Geneva Convention. And, unlike The Rocky Horror Picture Show, there are no song & dance numbers to amp up the camp. No one has built live-audience shows around Plan 9, and for good reason: they wouldn’t work. It’s so bad, it’s bad. But doubtfully the worst. Given a choice, I think I’d prefer any Ed Wood film to Freddy Got Fingered.

As a filmmaker, Ed Wood’s “best years” (if such a term can be applied) came between 1953, when he made the semi-autobiographical Glen or Glenda, and 1960 (thereafter, he would shift into pornography). Almost exactly in the middle of that period came Plan 9 from Outer Space, which began life with the title of Grave Robbers from Outer Space. This much can be said about the writer/director: what Wood lacked in funding and basic competence, he made up for with enthusiasm and tenacity. Nevertheless, Plan 9 was dead on arrival and, amidst a flotilla of negative reviews and public indifference (despite a late-1950s craze for films of this genre), it vanished without a trace. However, as a result of a belated Golden Turkey Award (bestowed in the early 1970s), audiences “re-discovered” Plan 9. Sadly, Wood didn’t live long enough to enjoy the film’s renaissance. The story, for anyone who cares about such things, involves what happens when a group of space aliens visits our humble planet. (Wood uses Plan 9 as a megaphone to “expose” government cover-ups and conspiracies concerning UFOs.) Led by the officious leader (John Breckinridge) and his barely competent flunkies, Eros (Dudley Manlove) and Tanna (Joanna Lee), the aliens have a diabolical plan: raise corpses from the dead and have the ghouls haunt the living. The precise intent is somewhat murky, although it seems to involve a combination of conquest and stopping humans from making doomsday weapons. Since they succeed in animating only three bodies – an old man (Bela Lugosi), his young wife (Vampira), and the unfortunate Inspector Clay (Tor Johnson) – it’s unclear how this is going to help them achieve their aims.

Although movies made in the late 1950s weren’t known for their special effects prowess, the set design and miniature work exhibited in Plan 9 from Outer Space is atrocious even by those limited standards. Comparable yet still inferior to the widely derided effects work in early episodes of the BBC TV series Doctor Who (which was made about six years after Ed Wood lensed Plan 9), the cheaply-made, wobbly tombstones and cheesy flying saucers are only the tip of an unfortunate iceberg. 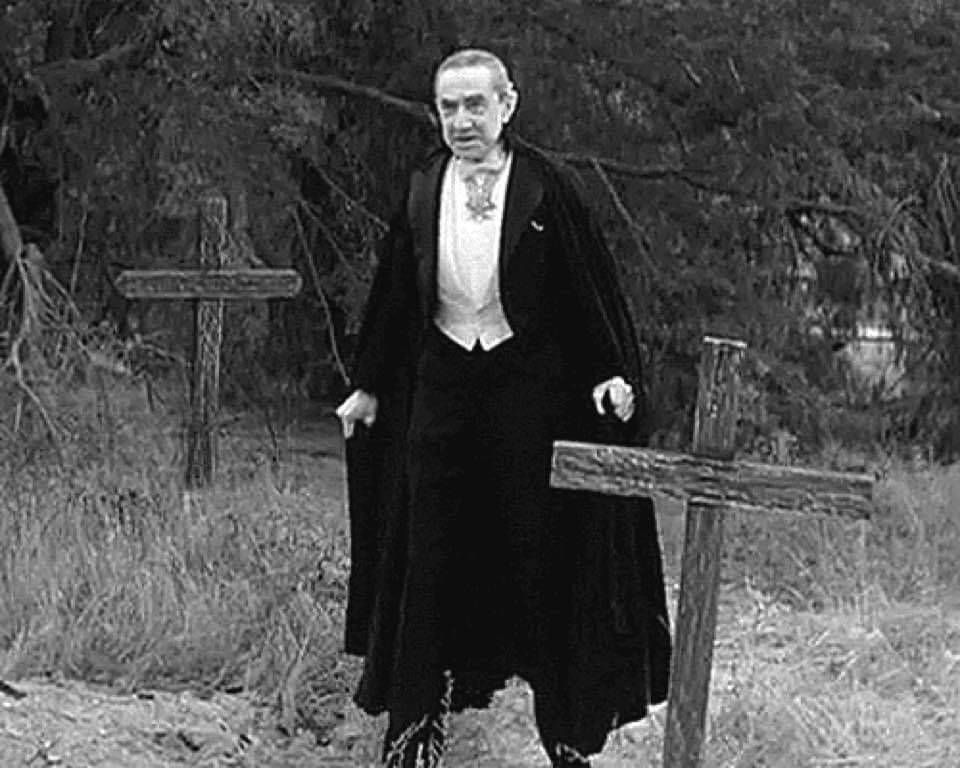 Plan 9 evolved out of a desire on the part of the director to do something with unused footage he had shot of Bela Lugosi, the Dracula star with whom he had formed a late-in-life friendship. Lugosi appeared in two Wood movies prior to Plan 9 (Glen or Glenda, Bride of the Monster), but died before this one could go into production. Undaunted by his most famous actor’s demise, Wood made use of various snippets of test footage and brought in his chiropractor (Tom Mason) as a double. (Not only does Mason bear no resemblance to Lugosi but the conceit of having him hide his face behind his cape is cartoonish.) The storyline, such as it is, was constructed around showcasing the various unrelated short sequences Wood had in his possession.

As was typically the case with a Wood film, the acting could be described as…lacking. Three of the main actors – Tor Johnson, Bela Lugosi, and Vampira – have no speaking lines (technically, that’s not true – Johnson has some largely indecipherable dialogue early in the film before his character is transformed into a mute zombie). Those with speaking parts vie with each other to see who can botch things up most noticeably. There are more pauses than in a William Shatner soliloquy. And John Breckinridge has difficulty getting through any scene without flubbing at least one line. Without exaggeration, I have seen high school productions with better (and more professional) acting. It’s no surprise that other directors weren’t knocking at Wood’s door to be introduced to his stable of performers. 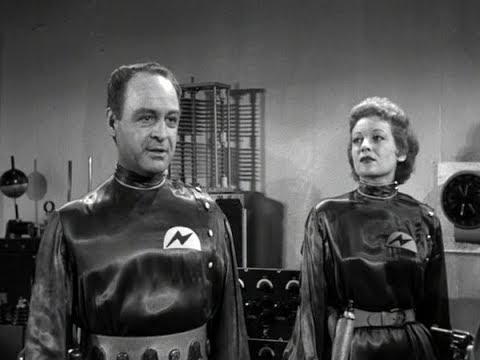 Plan 9 from Outer Space has been in the public domain for more than 15 years, which means that finding a copy isn’t hard, should a person unfathomably decide to watch it. There are some cleaned-up “restorations” as well as at least one that’s colorized with the 1.33:1 aspect ratio stretched out to 1.85:1. (How things have changed…) Normally, I avoid colorization like the plague but I discovered that, at least in this case, it doesn’t damage the viewing experience.

There’s a school of thought that Plan 9 from Outer Space should be mandatory viewing for any serious student of film. I’m in agreement – it illustrates how not to make a movie. However, unlike in many of the worst films, at least Wood occasionally (albeit infrequently) gets things right (there are times when, cardboard tombstones aside, a creepy atmosphere settles over the graveyard). Still, outside of snarky MST3K-type podcasts and other similar shows, there’s no reason for greater exposure to Plan 9 than a few carefully curated clips. Taken as a whole, it’s excruciating in ways that few would consider enjoyable.