The decision to release The Cloverfield Project direct-to-streaming (DTS?) is not only a glimpse of how the future may look for middle-budget movies but a win-win for Paramount Pictures and Netflix. The studio has found a way to offload a white elephant without taking a bath in red ink and Netflix gets another high-profile addition to their stable of original movies. The “Cloverfield” name may not have the cachet of “Star Wars” or “Star Trek” but it’s sufficiently recognizable to generate interest.

The manner in which The Cloverfield Paradox was released allowed the hype to get out in front of any potential bad word-of-mouth. Few people knew that the film existed and was destined for Netflix until a Superbowl ad. Then, suddenly, it was available. Since no critics had seen it, it emerged untainted by the Tomatometer “splat” that has since developed. Is no buzz better than negative buzz? Clearly, Netflix thinks so. Plus, the entire publicity budget seems to have been spent on a single ad. Although the going rate for spots in Superbowl LII was $5 million per 30 seconds, this is extraordinarily cheap considering how much would have been spent on a full pre-release theatrical campaign. 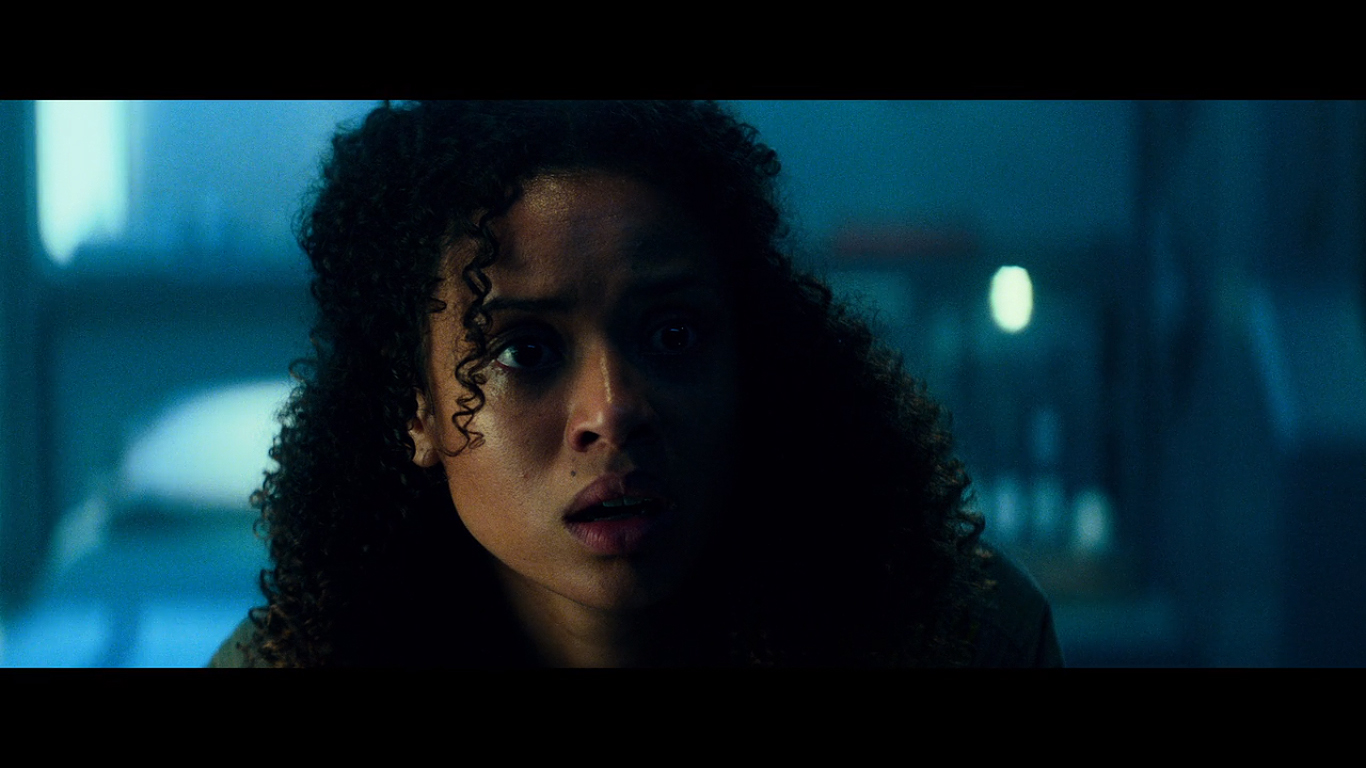 As for the movie itself, it’s not worth much ink. A kluge of bad science and worse science fiction clichés, it tries to be atmospheric and scary but succeeds only at being frustrating and tedious. The characters are defined almost exclusively by their ethnicity – what do I know about Zhang Ziyi’s Tam except that she speaks only Chinese? The storyline is unfocused, riffing off nearly every outer space movie from Alien to 2001 to Gravity without bringing much (if anything) new to the party. This is one of those movies where you spend the entirety of the sizeable midsection running in place while watching the body count mount. It’s the horror movie template where only one character – in this case Gugu Mbataha-Raw’s Hamilton – is accorded any real development or backstory. The big “reveal” at the end is impressively handled but you have to wait 100 minutes to get to it.

With respect to the Cloverfield connection, the problem here is much the same as for 10 Cloverfield Lane: the threads tying this movie to the original are frayed and tangled and the various “Cloverfield” references are awkwardly shoehorned into a story that might have worked better without them. There’s an exposition dump that explains how the events of The Cloverfield Paradox are connected to Cloverfield and people randomly say the word “Cloverfield” for no apparent reason. (Actually, it’s the name of a space station.) Only the ending seems important and it’s arguably the only “cool” moment in the film. It also lasts about two seconds (forty if you consider the entire sequence). 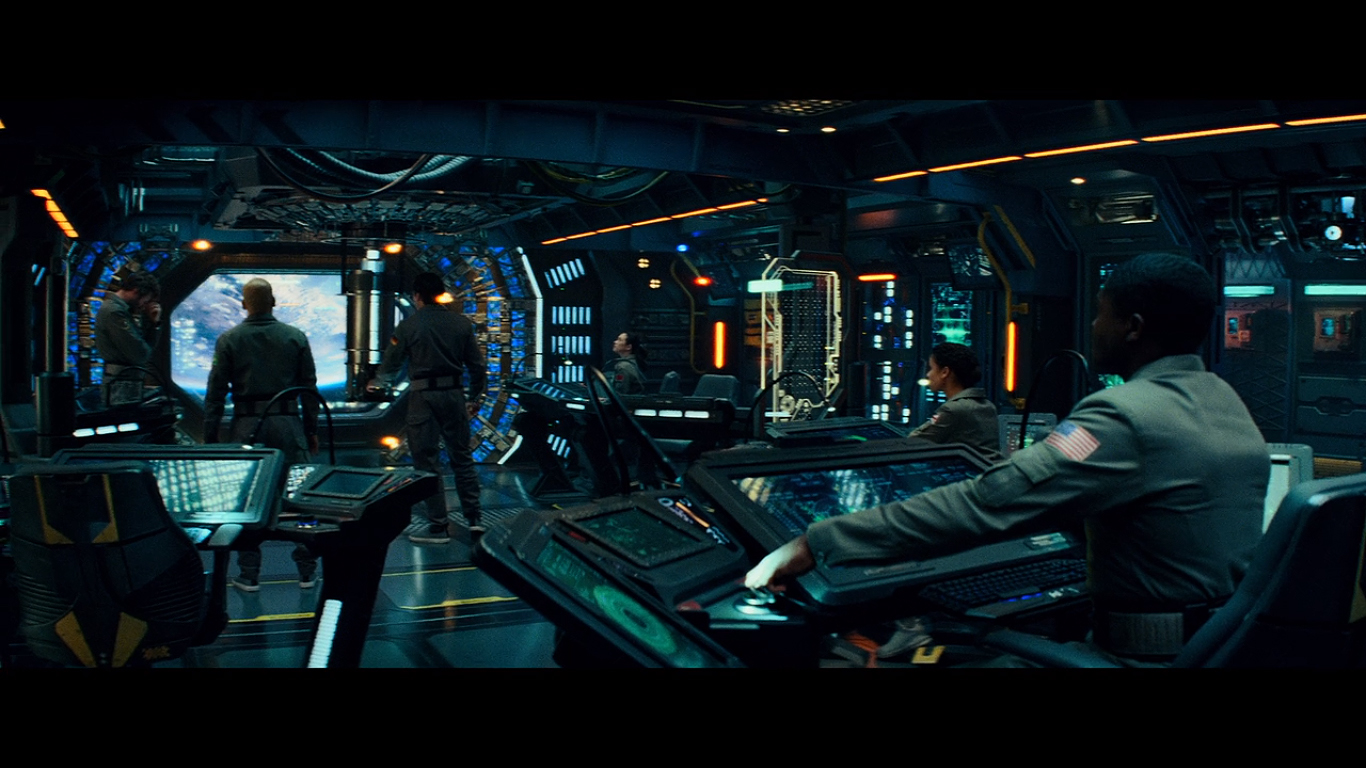 Each of the Cloverfield movies apparently transpires in a different alternate universe. In this one, Earth is suffering from an energy crisis. A multinational group of scientists including Hamilton, Kiel (David Oyelowo), Mundy (Chris O’Dowd), Schmidt (Daniel Bruhl), Volkov (Aksel Hennie), Tam (Zhang Ziyi), and Monk (John Ortiz) conduct an experiment on an orbiting space station that, if successful, could provide endless energy to the dying planet. After more than 600 days of failure, their efforts are rewarded but the triumph is short-lived. They are thrown into a parallel universe and must spend the rest of the movie figuring out a way to get back.

Although J.J. Abrams hasn’t directed any of the three Cloverfield movies (Matt Reeves helmed the first one, Dan Trachtenberg the second, and Julius Onah the third), his fingerprints are all over the series. Bad Robot will be producing additional titles in the series (including one possibly being released theatrically later in 2018), all highlighting different realities that have been impactec by The Cloverfield Paradox (or whatever it’s called). As in Lost, Abrams is interested in asking questions that never get answered and he previously used the alternate universe conceit in Star Trek to explain away continuity bugs. The approach is fine as long as the non-Cloverfield aspects of the movie are enjoyable. That was the case with 10 Cloverfield Lane but the results aren’t as successful in The Cloverfield Paradox.