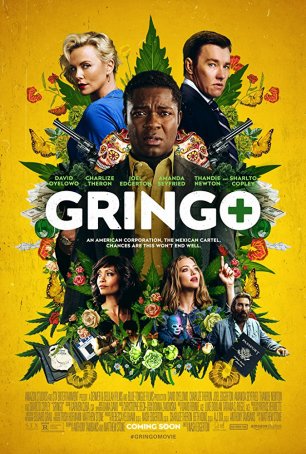 As counter-intuitive as it might sound, chaos only works in a movie when it is carefully controlled and focused. Tarantino is one of several masters of this technique and there’s a sense during the course of Gringo that director Nash Edgerton (brother to the actor Joel Edgerton, who appears in this film) is trying for something similar. Suffice it to say that whatever alchemy Tarantino has unearthed, Edgerton hasn’t mastered it. Gringo is messy and at times incoherent, filled with pointless subplots and confounding “twists.” It uses a flashy approach in an attempt to cover up the weak storyline and is so strangely paced that it takes forever to get into the story and develop a connection with the main character. (The unnecessary flashback structure for the setup doesn’t help.) 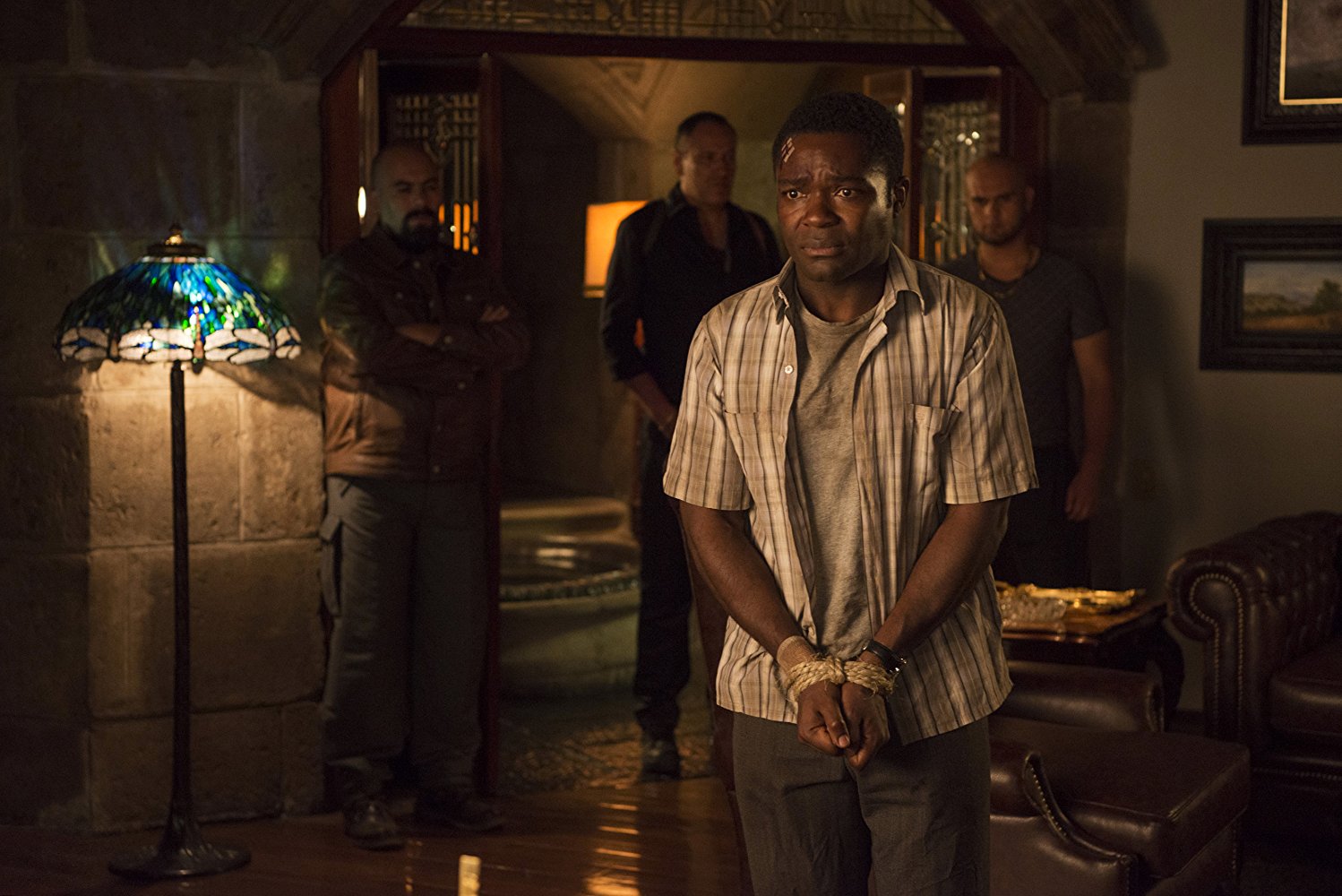 Distilled to its essence, Gringo is about an American businessman named Harold (David Oyelowo) who, while trapped in Mexico, becomes the target of three or four different groups of kidnappers and hitmen who want to use (or abuse) him for various reasons. His enemies are many; his friends are few. Among the former are his boss and supposed best friend, Richard Rusk (Joel Edgerton); his boss’ lover and co-executive, Elaine Markinson (Charlize Theron); Richard’s mercenary brother, Mitch (Sharlto Copley); assorted Feds and drug cartel members; and a pair of incompetent nincompoops who run the hotel where Harold is holed up. His only real friend is sunny Sunny (Amanda Seyfried), whose quasi-romantic interest in Harold is as unlikely as it is unbelievable.

The film is fast-paced but that proves more exhausting than exhilarating. It’s hard to develop much of a rooting interest in Harold because the character is so thinly written. To the extent that Harold comes to life, it’s more to Oyelowo’s credit than either Edgerton’s direction or the writing (credited to Anthony Tambakis and Matthew Stone). Harold, having played by the rules all his life, decides to color outside the lines to get a piece of the pie that everyone around him is gobbling down. So he fakes his own kidnapping during a south-of-the-border business trip, thinking the insurance company will pay the ransom, only to learn that his buddy Richard canceled the policy. Uh oh. That’s the first indication that Murphy has decided to lay down the Law. Edgerton goes for a mixture of black comedy and action but the former isn’t sufficiently funny and the latter isn’t especially exciting.

Charlize Theron gets a chance to go way over the top; she clearly relishes the opportunity to play a deranged, amoral Type A personality who drops f-bombs left and right, uses her body as a weapon (poor Alan Ruck wants desperately to be a target), and sees everything and everyone as a stepping stone up the corporation promotion ladder. It’s such a wild, unbridled performance that, despite crossing the line into caricature, it can’t fail to rivet the attention. When Theron isn’t on screen, the movie becomes almost monochromatic and, since she’s stuck in a supporting role, she’s not around long enough to save the production.

There’s no sense that Gringo was intended as more than a throwaway mid-level action/comedy with mild box office aspirations. The narrative contains some clever moments but the resolution somehow feels like a cop-out, perhaps because we’ve seen it so many times before. I left the theater vaguely annoyed – as if the filmmakers had thrown away some promising ideas and elements in weaving together a thoroughly generic chase movie and pretending it’s something special by employing ineffective stylistic choices. A less hip, less erratic story that took the time to make Harold more than a narrative pawn might have resulted in a more enjoyable experience.