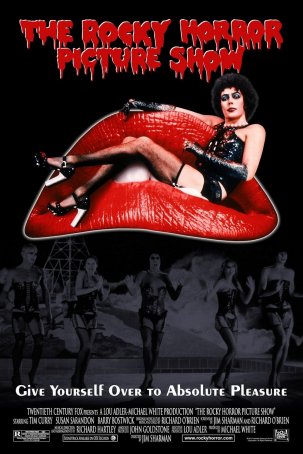 Stripping away the live elements, one finds a movie at the heart of this all. It’s a pretty bad movie, as even some of the most die-hard adherents will admit. The thing that makes The Rocky Horror Picture Show both adored and beloved relates to the communal experience, not the ineptly-made, amateurish musical that unspools on screens. This, therefore, isn’t an attempt at reviewing one of those screenings. Instead, it’s a look at the final product turned in by Sharman to 20th Century Fox in 1975 – a movie that was savaged by mainstream critics at the time and bombed so badly during its traditional distribution that it seemed doomed to lose money (even though it cost next-to-nothing to make) until its cult status bona fides were established and it found a second life at the Witching Hour. 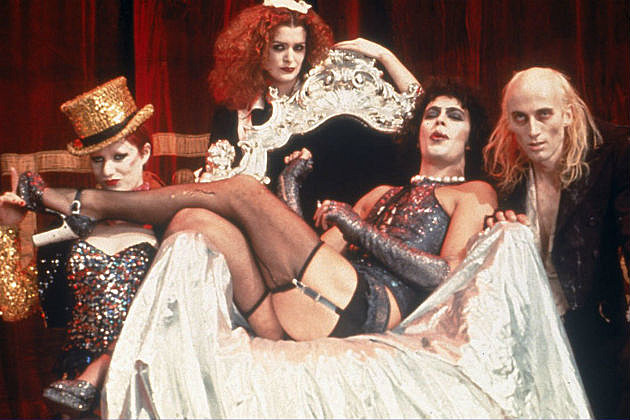 What we have here is a godawful movie that, despite its general badness, nevertheless casts a spell of sorts. For me, the mesmerism doesn’t last long enough to catapult the movie into the “guilty pleasure” category, but some of the songs are catchy (especially early in the proceedings) and the bacchanalian excesses are entertaining until they become repetitive. I’d say the first third of The Rocky Horror Picture Show is enjoyable. The same, unfortunately, isn’t true of the final two-thirds. There are fewer songs and more dialogue. The plot is painful to contemplate so the more The Rocky Horror Picture Show focuses on it, the more difficult it is to endure. Fast-forwarding helps a lot with this movie. Just skip to the next song. And the one after that. Anything you might miss in between is inconsequential and you won’t be better able to follow the narrative by watching all the stilted and/or campy performances. These things work in a communal setting, where there are callbacks and other participatory activities (beware – you might get wet during a rainy sequence), but it’s a different experience altogether if you’re simply watching the movie.

Sharman’s film is based on an obscure stage show he mounted a few years earlier. The genesis of The Rocky Horror Show (as it was called in its original form) was a parody/homage to the pre-1960 horror genre, with a heavy emphasis on the Hammer films and James Whale’s Frankenstein. The movie’s opening number, “Science Fiction/Double Feature,” references a number of such titles, including (but not limited to) The Day the Earth Stood Still, Flash Gordon, The Invisible Man, King Kong, It Came from Outer Space, Forbidden Planet, Invasion of the Triffids, and When Worlds Collide. 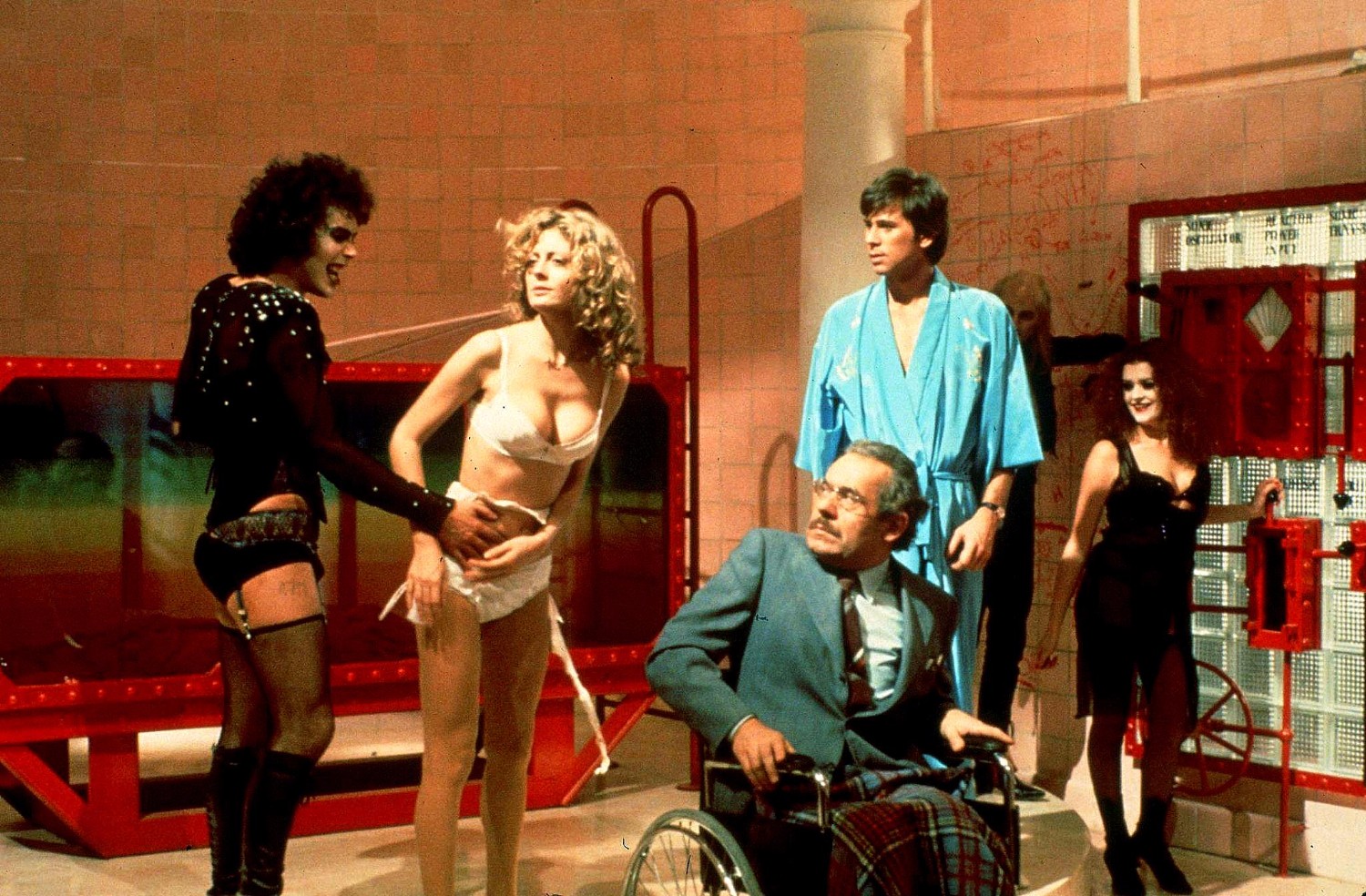 The movie introduces us to a vanilla couple, Janet Weiss (Susan Sarandon) and Brad Majors (Barry Bostwick), who become stranded in the middle of nowhere when their car breaks down. They think they’re in luck when they stumble upon a mansion but they’re unprepared for what they find inside: a Transylvania Transvestite Convention, presided over by Dr. Frank-N-Furter (Tim Curry) a.k.a. “The Sweet Transvestite,” who is just about to give life to his latest creation, Rocky Horror (Peter Hinwood), in a scene designed to evoke memories of the one in the 1931 Frankenstein. Also involved in the shenanigans going on inside the house are Frank’s servants, Riff Raff (Richard O’Brien), Magenta (Patricia Quinn), and Columbia (Nell Campbell), as well as the irrepressible Dr. Everett V. Scott (Jonathan Adams) and the doomed Eddie (Meatloaf). Viewing all of this from afar and providing commentary is The Criminologist (played by veteran British actor Charles Gray, who played Blofeld in Diamonds Are Forever.)

There are over a dozen song-and-dance numbers in The Rocky Horror Picture Show. All are campy and feature choreography that might embarrass Busby Berkeley with its clumsiness. But the best of them, including “Time Warp,” “Sweet Transvestite,” and “Touch-A, Touch-A, Touch Me,” are invested with such glitzy energy that it’s impossible not to take notice. If you’re watching the film without the attendant sideshow (something that isn’t recommended), the songs will keep you from giving up. 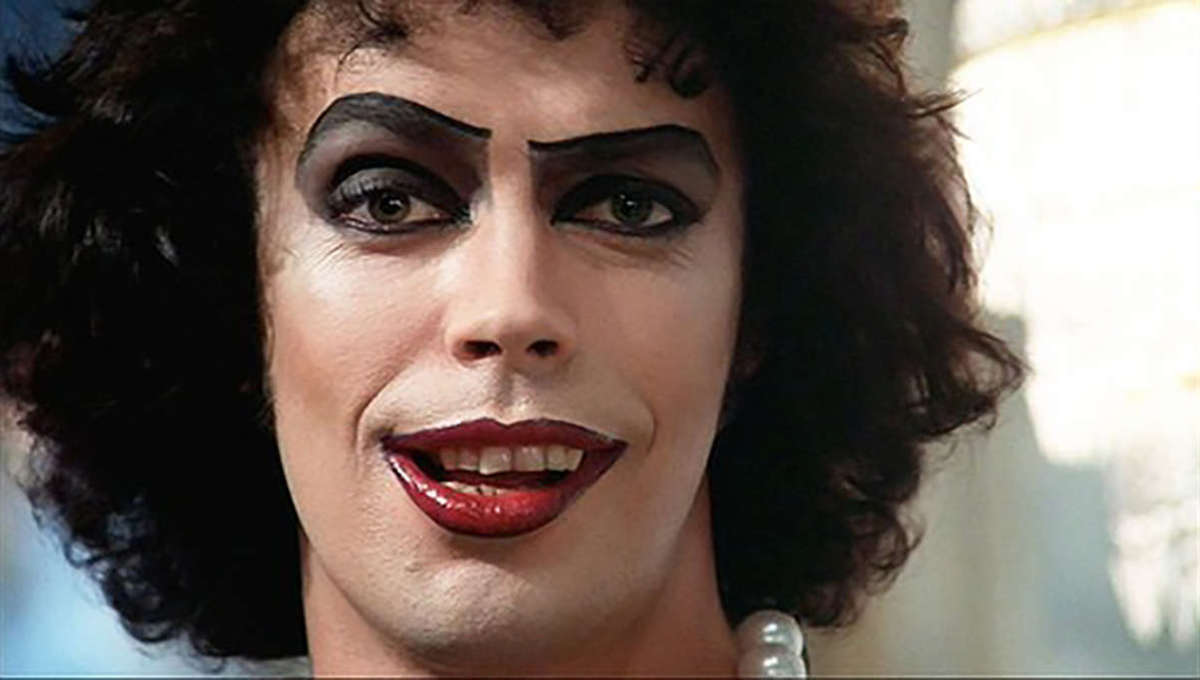 The Rocky Horror Picture has a couple of analogs. Both are musicals and both came out after this one, so it’s possible to argue in favor of some degree of influence. Xanadu, released in 1980, captured a similar campy cheesiness admirably but the songs were catchier (and, thanks to their Top 40 prowess, omnipresent) and the cast featured Olivia Newton-John and Gene Kelley. In my review of Xanadu, I said the following: “Conventional wisdom decrees that Xanadu is a horrible film. In a sense, conventional wisdom may be correct, but it ignores one key ingredient: viewed in the right frame of mind, this movie can be a lot of fun.” To an extent, something similar can be argued about The Rocky Horror Picture.

Then there’s Little Shop of Horrors, which attempted something similar to The Rocky Horror Picture (a musical parody of B-film sci-fi/horror) but hit a home run with the material. Still, it’s fair to wonder whether Howard Ashman might have in some way been inspired by The Rocky Horror Picture, which opened about five years before he began kicking around the idea of making a musical out of its 1960 antecedent. The most profound difference between Little Shop and Rocky Horror is that the former doesn’t lose its audience when the singing stops while the latter does. 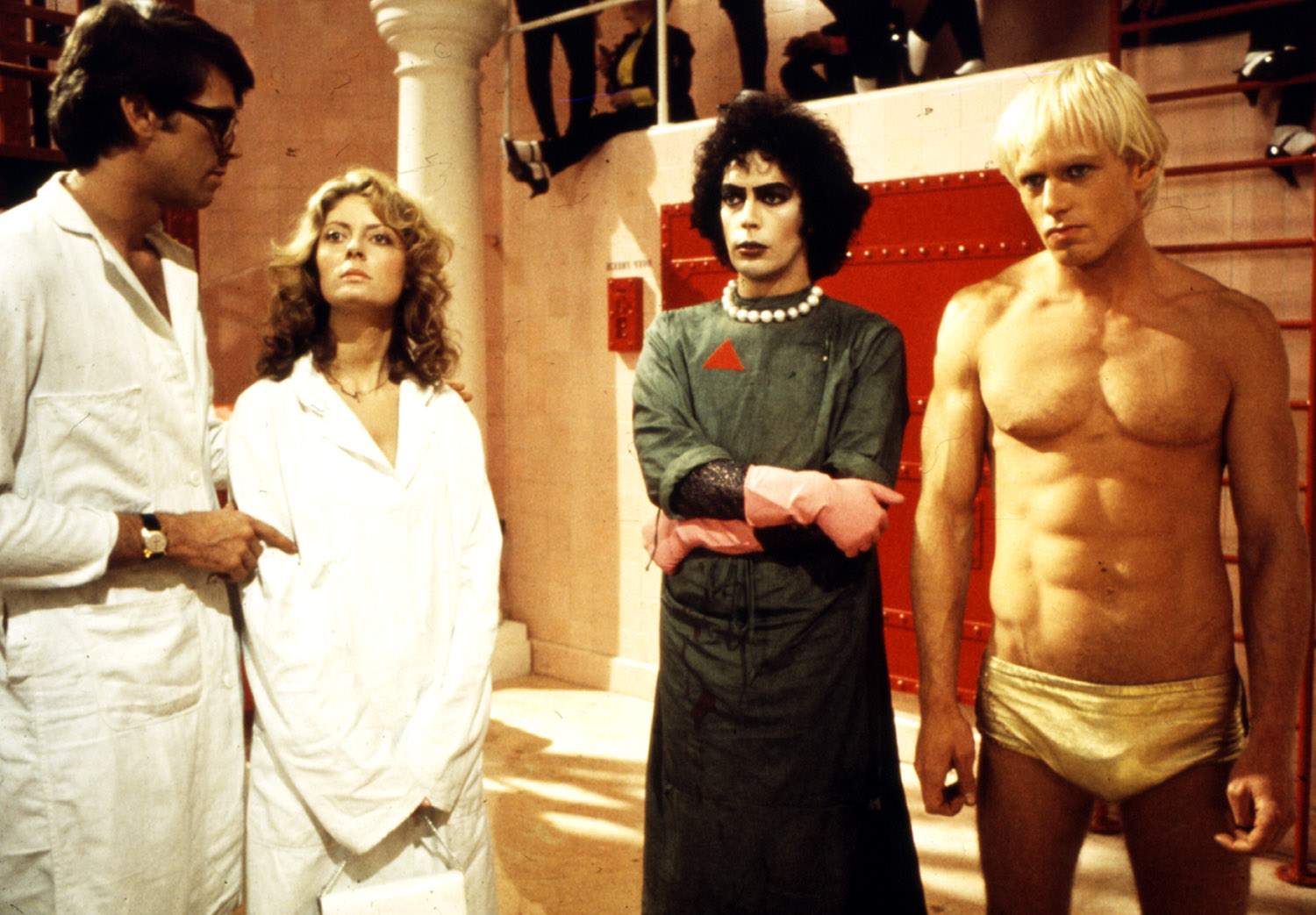 Had The Rocky Horror Picture Show not become such a phenomenon, it would be reasonable to assume that Susan Sarandon and Tim Curry might feel uncomfortable if asked about it. (This represented Curry’s motion picture debut – he came along with director Jim Sharman and half the cast from the stage.) Although there have been times over the years when one (or both) have seemed less-than-enthusiastic about discussing their participation, both have grown to the point where they have embraced it. Curry, of course, steals the show. Sarandon, whom history would highlight as the bigger star, is forgettable, but it’s hard for anyone to hold the camera’s attention with the Sweet Transvestite around.

The bottom line is that if you’re going to watch The Rocky Horror Picture Show, don’t do it alone. Don’t pop the disc into a DVD player and expect to enjoy it. There’s a reason that The Rocky Horror Picture Show has become popular as a combination movie/live performance because that’s how it works. The two-star rating is an approximation of what it’s like alone, at-home. Midnight showings are a completely different experience.