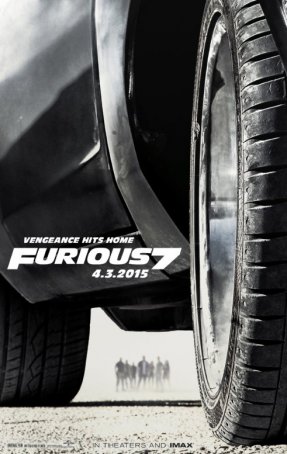 Furious Seven provides what viewers have come to expect from the long-running The Fast and the Furious series: a string of high-octane, physics-defying action scenes loosely connected by a narrative that occasionally makes rudimentary sense. This time around, however, real-life events dampen the film's fun quotient. The untimely death of Paul Walker looms large. Every time Walker's character, Brian O'Connor, walks on screen, we're reminded of that. This lends a poignancy to the proceedings that none of the other The Fast and the Furious movies have had. 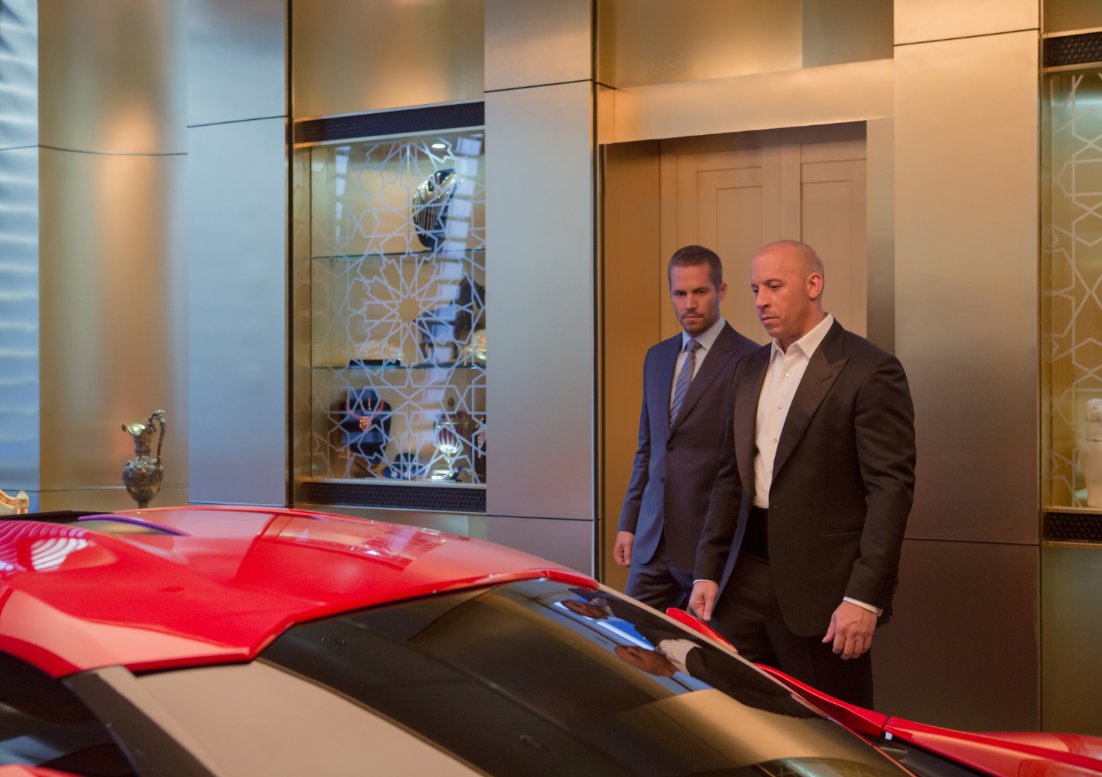 Despite a major change at the top - horror movie maestro James Wan (Insidious, The Conjuring) replacing Justin Lin in the director's chair - the franchise doesn't lose a beat. Like Lin, Wan leans heavily on computer generated imagery to realize stunts more spectacular than anything practical effects could achieve. The problem with using animation to this degree is that, although the "wow!" factor may be amplified, things are too smooth and clean to generate real tension. Consider, for instance, a scene in which a car sails across the gap between two high rise buildings. It looks great in the trailer and even better in the movie, but no one in the audience is even a little worried that things might not turn out alright. So we admire the artistry of the moment but don't feel an inkling of concern that the characters might die.

The story picks up where Fast 6 ended, with badass Deckard Shaw (Jason Statham) deciding to take revenge on the Fast and Furious group for the death of his brother. An ex-black ops "asset", Shaw is an expert at staying under the radar. He's a ghost who leaves a trail of dead bodies. Furious Seven opens with a bang (several of them, actually) as Deckard first goes after agent Hobbs (Dwayne "The Rock" Johnson), sending him to the hospital (although not the morgue, as was his goal), then blows up the house of Dom Toretto (Vin Diesel) while his sister, Mia (Jordana Brewster), and best buddy, Brian (Walker), are visiting with their young son. For a while, Furious Seven is a hunter-and-hunted story with Deckard targeting Dom and his crew: Brian; Dom's amnesiac girlfriend, Letty (Michelle Rodriguez); and two others, computer whiz Tej (Ludacris) and "comedy relief" man Roman (Tyrese Gibson). Before the halfway point, however, a mysterious government agent played by Kurt Russell enters the proceedings and Dom, Brian, and the others end up in the middle of a James Bond movie complete with a beautiful woman (Nathalie Emmanuel) and a vicious terrorist (Djimon Hounsou). During the film's second half, Deckard becomes an afterthought who occasionally shows up to take pot shots at Dom. 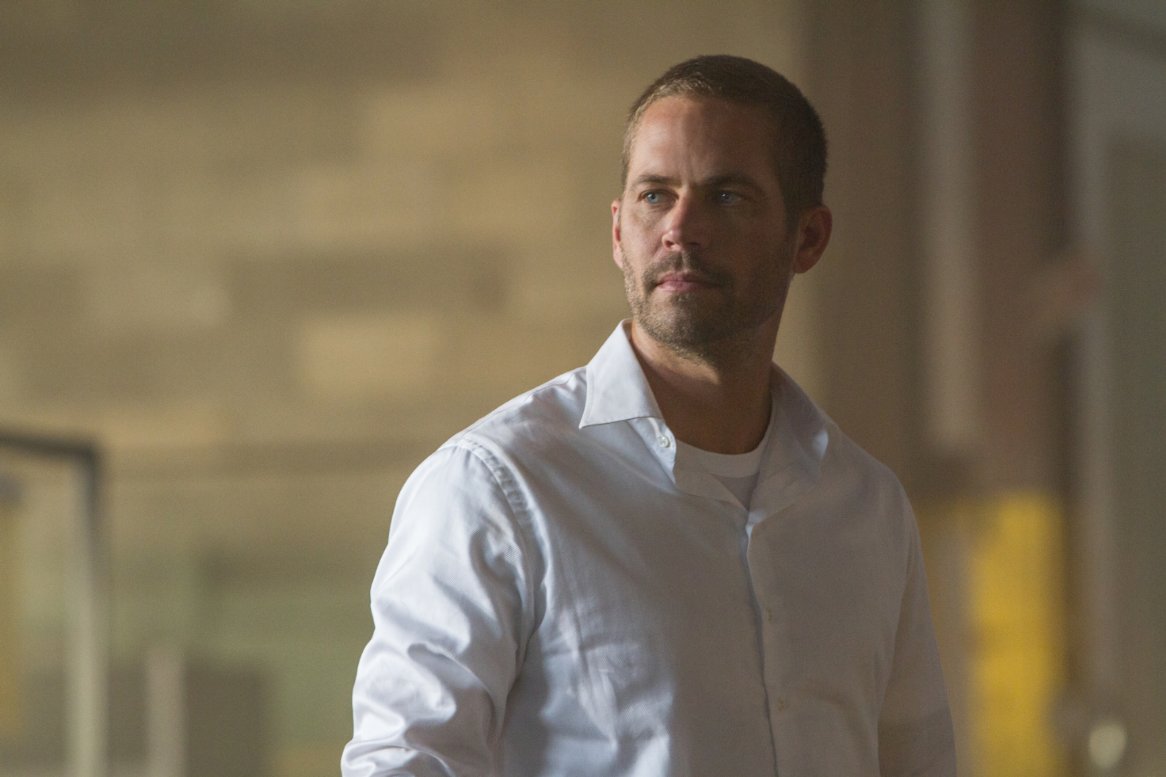 Furious Seven tries to do some character building. It is most successful with Brian, who feels torn between the high-adrenaline ride he gets with his friends ("he misses the bullets") and his responsibilities as a father and husband. Although Walker's death adds an unintended layer to some of those scenes, it's clear the movie was originally scripted to retire Brian - or at least provide Walker with an "out" if he wanted to step away. The story also restructures the romantic relationship between Dom and Letty (which was fractured by her "death" and loss of memory) but many of those scenes feel like filler.

Early in the proceedings, it looks like Jason Statham is going to provide a top-notch villain but the intelligence and ruthlessness he shows diminishes as his character slips into the background. Of the other newcomers, Kurt Russell leaves the strongest impression as a spook who's probably hiding more than he's telling. Nathalie Emmanuel's Ramsey is reputed to be one of the world's best computer hackers but the characters spends a lot of time emulating a damsel in distress. Djimon Hounsou, apparently having watched a few too many Roger Moore James Bond movies, stares daggers and froths at the mouth. Viewers who come for the spectacle will get their money's worth. Furious Seven is all about action, with some scenes being more inventive than others. Staying true to its pedigree, the film offers a variety of fast vehicles and high-speed chases. The crashes, including an instance of chicken in which no one blinks, are satisfyingly loud with bits of twisted metal flying in all directions. There are several mano-e-mano clashes modeled after Schwarzengger/Stallone fights from the '80s: no matter how hard someone gets punched, kicked, or clobbered, they come back for more. In fact, Dwayne Johnson seems to be channeling one or both of those action icons.

Furious Seven ends on an elegiac note, paying tribute to Walker with more than just the "For Paul" dedication. During these moments, the film nudges close to crossing the fourth wall. Some of the scenes featuring Brian that were completed after Walker's death (using a combination of body doubles and CGI) are well-handled, although one fight scene is unsatisfying. The franchise will undoubtedly move on - plenty of groundwork is laid for future installments - but it's doubtful the tone will match that of Furious Seven when off-screen tragedy is reflected in a moving and non-exploitative fashion on-screen.