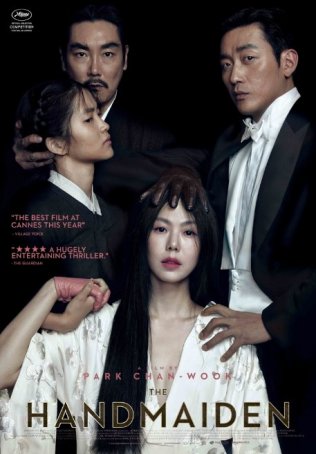 Chan-wook Park’s The Handmaiden is deliciously perverse, delightfully twisty, and unapologetically erotic. Delivered with a dash of black humor and a fair amount of bare flesh, Park (using Sarah Walters’ novel Fingersmith as a template) delves into Hitchcockian territory and delivers a story that would have had the Master of Suspense roaring his approval. Unfettered by concerns about an MPAA rating, Park doesn’t hold back when it comes to the sex scenes. The Handmaiden may not be high art but it’s tremendous entertainment. For those who enjoy this kind of material, there’s nothing better out there and one can make a compelling argument that this is the best work of Park’s career (yes, even better than Oldboy, although certainly not weirder). 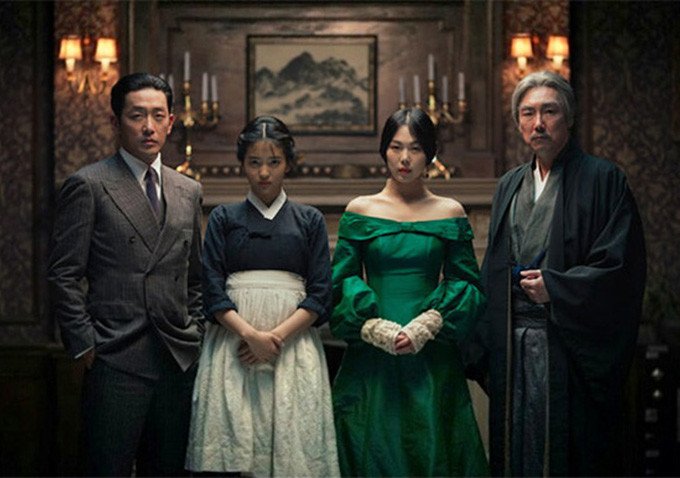 The Handmaiden is divided into three parts. The first two are mirror images of one another, presenting the same story from different perspectives.  The third unites the first two and drives the narrative forward to its conclusion. Although Park isn’t the first director to employ this approach, the device works exceptionally well in this case since the viewer will not have the same interpretation of the scenario after Part 2 that he or she has after Part 1.

The movie focuses on Lady Hideko (Min-hee Kim), a lonely Japanese heiress living in 1930s Japan-controlled Korea. A con man who goes by the name of “Count” Fujiwara (Jung-woo Ha) has designs on her fortune and, to that end, he employs a Korean pickpocket, Sook-Hee (Tae-Ri Kim) to pose as Hideko’s handmaiden. Sook-Hee’s mission: convince Hideko to reject her current suitor (and uncle), the sadistic Kouzuki (Jin-woong Cho), and instead marry Fujiwara. However, during the course of her assignment, Sook-Hee develops feelings for Hideko, which she believes are mutual, and becomes jealous when Fujiwara attempts to take possession of his “prize.” 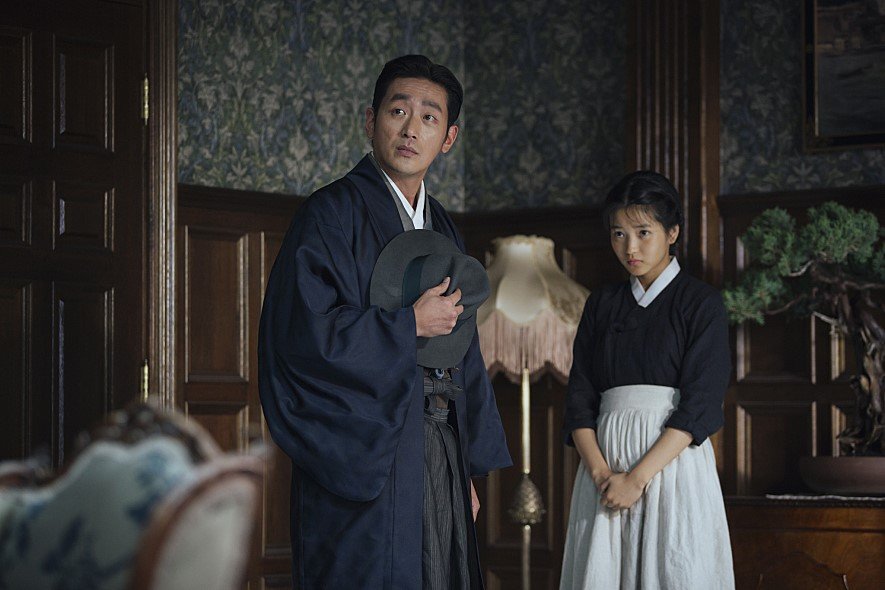 The Handmaiden is loosely adapted from Welsh writer Sarah Walters’ 2002 novel, Fingersmith, with the location and time period shifted. Although the underlying premise and structure resemble those of the novel, Park adds numerous flourishes to the production and one of the film’s most notable twists is new to the screenplay. Additionally, the character of Uncle Kouzuki is filtered through Park’s worldview. Kouzuki is as twisted a monster as has appeared in any of Park’s productions, and that’s saying something.

Many of Park’s films, regardless of how violent and degrading the content might seem, have an underlying current of dark humor and The Handmaiden is no different. There are some very funny moments, including one literal instance of gallows humor. The lesbian sex scenes, hot and explicit as they may be, are important to italicize the deepening relationship between the two main characters. The central sex scene is presented twice (once in Part 1 and once in Part 2) with key differences that are crucial to understanding the importance of this moment to both characters and the overall narrative. 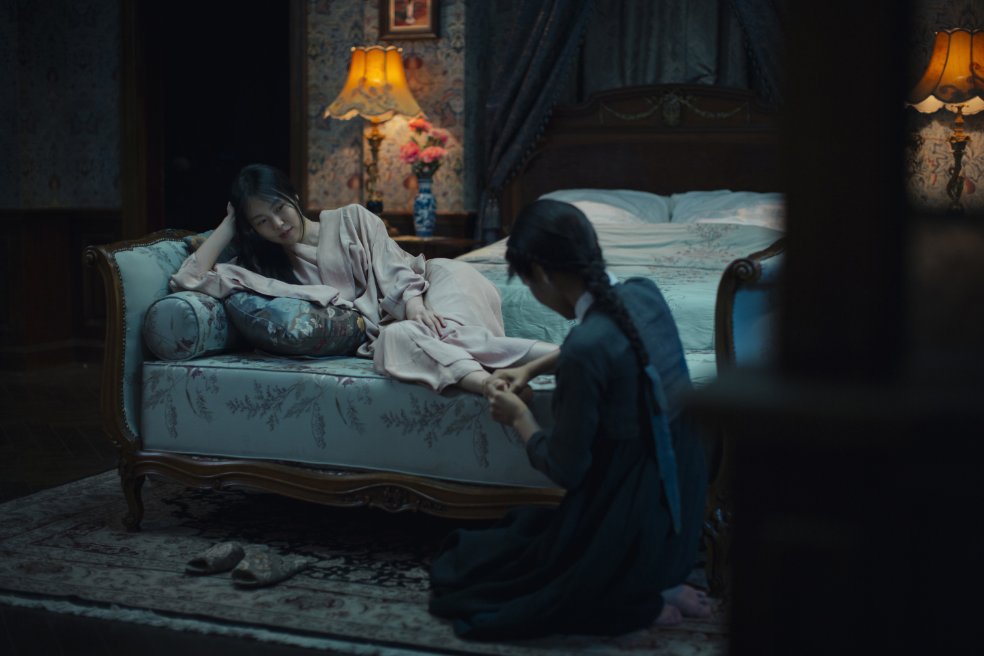 The casting couldn’t be better. Korean A-list actress Min-hee Kim presents Lady Hideko as a multi-layered character who is far more than the timid, high-bred heiress she initially seems to be. Tae-Ri Kim makes Sook-Hee spunky and energetic but imbues her with the unfortunate anchor of a conscience. Jung-woo Ha’s Count Fujiwara oozes charisma and shallowness. And Jin-woong Cho creates the most diabolical of human monsters.

I don’t think I’ve ever compared Park to Hitchcock. His previous efforts (including Oldboy, the “Vengeance Duology”, and his only English-language movie, Stoker) are closer in tone and intent to Tarantino or Burton. There’s a lot about The Handmaiden that fits with his oeuvre but this is a more ambitious and, in many ways, compelling endeavor. Its twists and turns are better plotted and its weirdness seems in keeping with the story rather than a garish appendage. The Handmaiden is one of the best neo-Hitchcockian mystery/thrillers to have emerged from any country in any language during the last few years, if not longer.