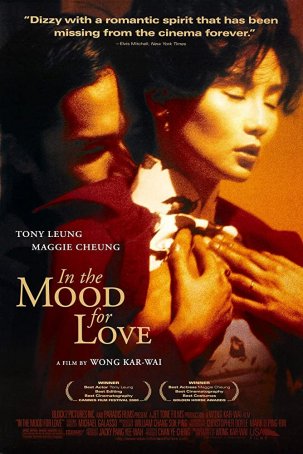 Moody. Mournful. Slow. Languorous. Long takes. Deep colors and deeper shadows. Images that linger. All of these thoughts, observations, and impressions come to mind while watching Wong Kar-Wai’s 2000 feature, In the Mood for Love. The film was made during Wong’s most prolific and artistically fruitful period, joining Ashes of Time, Chungking Express, Fallen Angels, and Happy Together as his most internationally recognized productions. In the Mood for Love marks the middle chapter of a loose trilogy begun with Days of Being Wild (1990) and concluded in 2046 (2004). (Tony Leung’s character, Chow Mo-wan, appears in all three films, providing the connective tissue.) In the Mood for Love stands on its own, however – the bookending movies don’t need to be seen. In fact, some might argue that the picture works best for those who haven’t seen Days of Being Wild and especially 2046.

Longing – it is one of the great motivators of the human experience. It has driven poets to write sonnets, painters to create artwork, and composers to fashion music to wrench the soul. It is a feeling that almost everyone has been touched by, whether through the sting of unrequited love or the pinch of emotions that cannot be expressed. Wong understands longing and his sublime In the Mood for Love brings it to life on the screen. 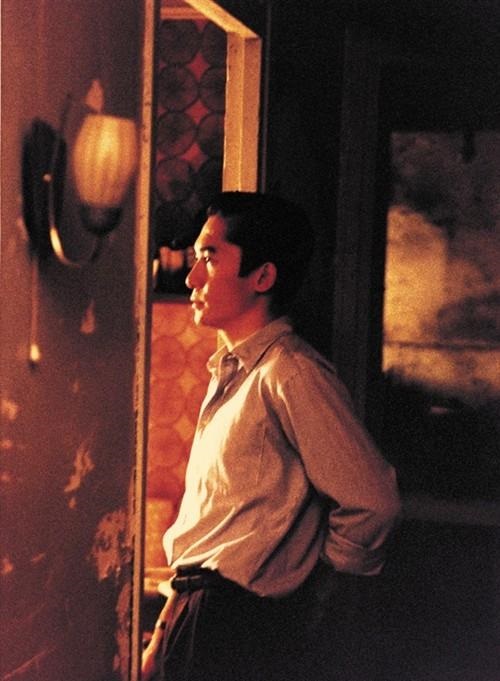 The plot is simple, and is really just a vehicle for the characters and their delicate ballet of hidden feelings and concealed emotions. The film takes place in 1962 Hong Kong, where Chow (Tony Leung) meets Su Li-zhen (Maggie Cheung) when they become next-door neighbors in an apartment building. He's a journalist with dreams of publishing pulp martial arts books; she's a secretary. After learning that Chow's wife is having an affair with Su's husband, the two become close friends, and the attachment between them grows into something deeper and more lasting than a casual liaison. But, because of cultural issues and feelings of guilt (the guilt of things considered in the mind but never committed in the body), they never act upon those impulses. They remain true to their marriage vows even though their respective spouses do not. The movie reminds us that just because love is unrequited doesn’t mean that, on some level, both people don’t long for more than the unfulfilling tease of their platonic interactions. 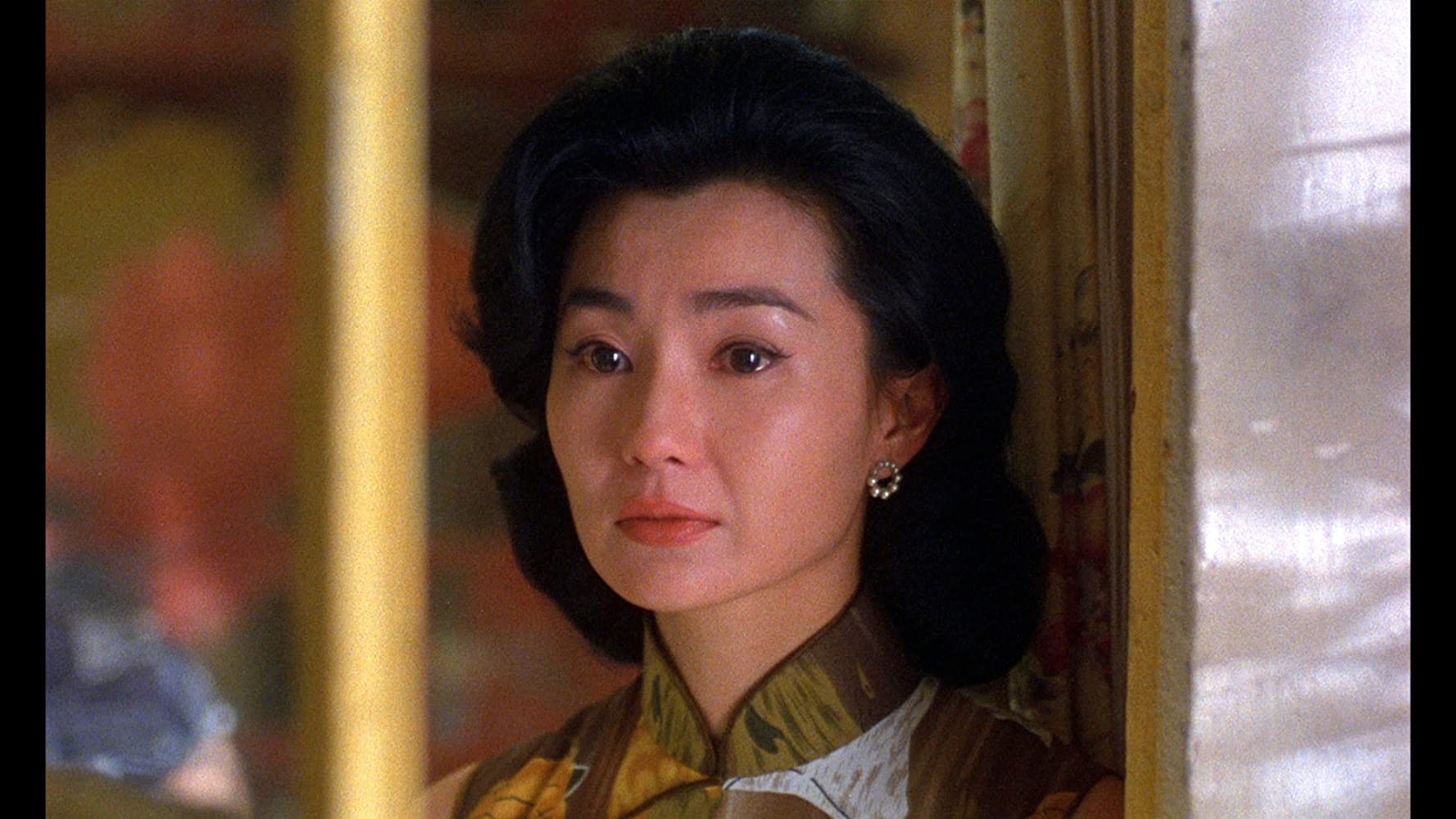 Visually, the director's approach has an almost spiritual feel. The tone is moody, allowing the shadings of the characters to deepen as the storyline advances. The camera makes us more of a voyeur than is typical, as Wong employs unusual shots to impart a unique look. There are times during conversations between Chow and Su when the camera frames one in the shot without the other, and instances when the director shoots from ground level and cuts off the actors' heads or peeks at them from between objects. In addition, Wong limits the number of people and locales. Chow's and Su's spouses remain faceless entities - they never appear on-screen - and the majority of In the Mood for Love's scenes take place indoors. From time-to-time, the blocking and staging of shots reminded me of the great Japanese director Yasujiro Ozu. Considering Wong’s pedigree, this is doubtful to be a mere coincidence. 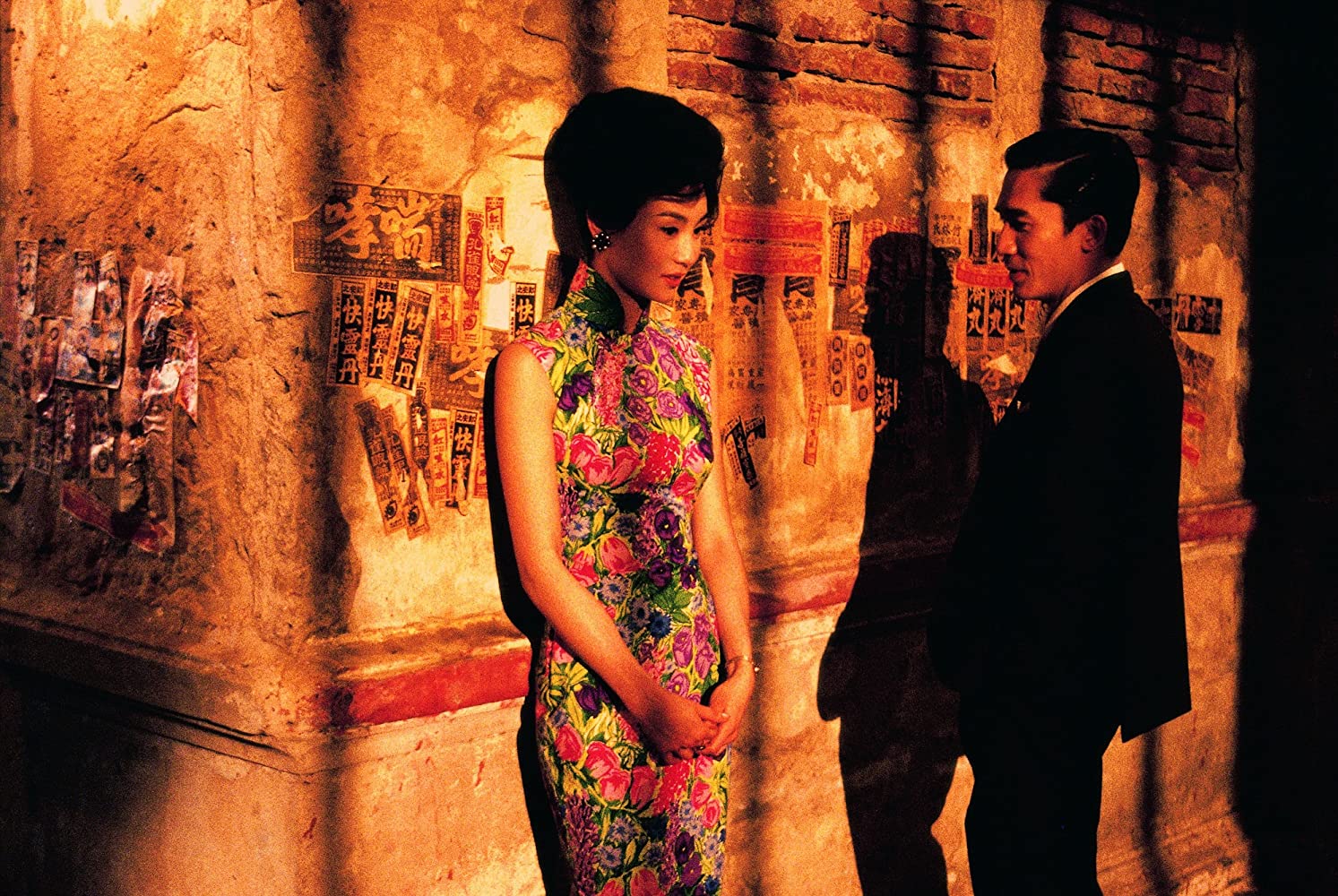 For his lead characters, Wong couldn't have selected two better-suited actors. Both Tony Leung (who has frequently collaborated with the director, including in Ashes of Time, Chungking Express, Happy Together, 2046, and The Grandmaster) and Maggie Cheung have international followings, and neither has been better than they are here, dealing with material that forces them to express powerful internal emotions through subtle, exterior signs. The effectiveness of their work is such that we never doubt for a moment that these two are deeply in love, but we also recognize that, even if the characters see their feelings mirrored in the other's features, they will never act upon them.

A Hollywood version of this motion picture would have a radically different ending - one that would satisfy the standard romantic formula even as it betrays the material and the characters. Wong's film is as anti-Hollywood as a motion picture can be. It is slow, does not pander, allows the characters room to breathe, and, in the end, has an impact. In the Mood for Love is a powerful study of yearning that uses innovative camera techniques, evocative music (mournful violins), and strong performances to bathe the audience in the mood of the characters – one of a poignant, hopeless desire for something that neither can find the courage to express.