The Lighthouse is an unconventional thriller that combines claustrophobic elements such as those found in submarine movies with the isolation aspects of productions like Cast Away. While exploring the strained interpersonal relationship between two very different men trapped together by circumstances, the film shows the dangers inherent in a situation where both are pushed toward – and perhaps past – the breaking point.

The film, directed by Chris Crow, is based on an historical account from 1801. Smalls Lighthouse, a wooden structure with oak legs (looking vastly different from how modern lighthouses appear) that stood on an island 20 miles west of Wales, was about 26 years old when the events chronicled in the film transpired. Trapped by a violent, persistent storm, the two keepers, Thomas Griffiths (Mark Lewis Jones) and Thomas Howell (Michael Jibson), worked to keep the lantern lit while facing deteriorating conditions and dwindling provisions. Staring mortality in the face, the men are tormented not only by bouts of rage and recklessness but a deep despair. 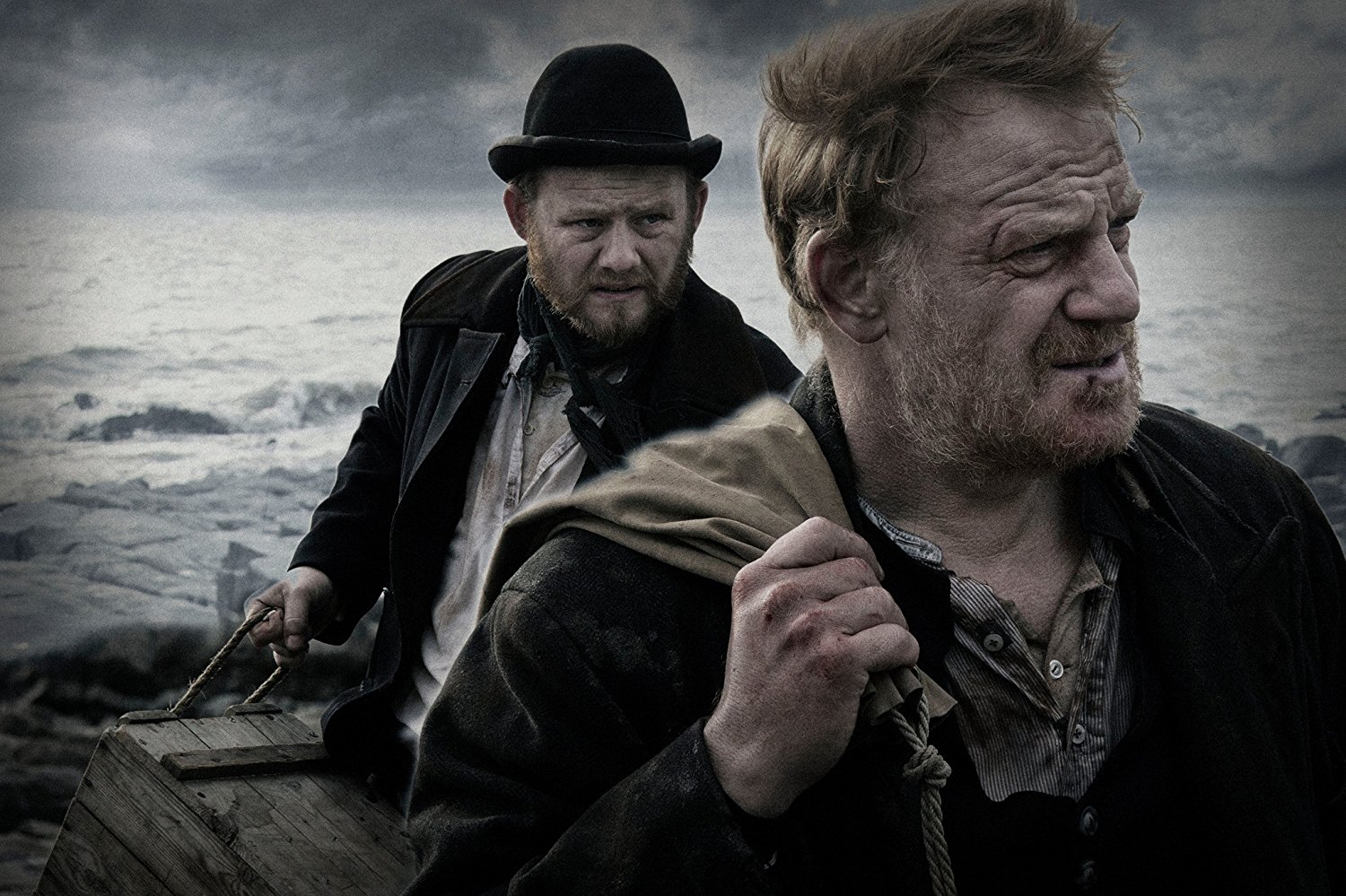 The Lighthouse is more of a psychological study than a traditional thriller. As with most man-versus-nature movies, this one is more about enduring the elements than overcoming a bad guy. Although the thematic material is similar to that of the aforementioned Tom Hanks-as-Robinson Crusoe Cast Away or the recent Adrift, which focus on the mental strain of survival in seclusion, Crow shoots the film with a nod to productions like Das Boot. The claustrophobia is acute, permeating every frame. These two men are trapped in a small, single-room dwelling suspended only several dozen feet above an angry tide. The effort to keep the lighthouse functional taxes them mentally and physically, causing sleep deprivation and injury. With every passing day, their tolerance for one another – which begins with indifference – deteriorates into hatred.

The leads, Welsh actor Mark Lewis Jones and his British counterpart, Michael Jibson, fully inhabit their characters, allowing us to see how circumstances change them. What begins as a routine, monotonous job turns into a life-threatening endurance contest, and these people are no longer the same, either physically or psychologically, as they were at the beginning. Jibson plays Howell as a reticent, haunted man with a troubled past. Jones’ interpretation of Griffiths is ferocious, dominating the screen in many of his scenes.

The Lighthouse opened in the U.K. two years ago but, as a result of not having North American distribution, was relegated to obscurity outside the country of its origin. Uncork’d Entertainment has elected to give it a limited U.S. theatrical/Video-on-Demand run. The high production values, excellent acting, and strong writing make this a cut above what is often accorded this sort of release pattern. For those intrigued by the material, it’s worth seeking out.