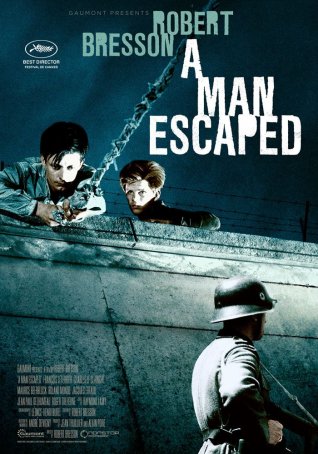 A Man Escaped is widely considered to be among French director Robert Bresson’s greatest achievements (if not his greatest achievement). Along with his other highly-regarded films, Pickpocket and The Trial of Joan of Arc, A Man Escaped employs the stylistic elements that would eventually define the term “Bressonian”: a clean, uncluttered approach to filmmaking; minimal musical accompaniment; a rejection of overtly manipulative melodrama; and a disaffection with professional actors. Although technically belonging to the popular “prison escape film” genre, A Man Escaped is like no other movie of its ilk. The differences are both subtle and profound and cause the viewer to react differently to this production than something crafted for mass market popcorn consumption (like, for example, The Great Escape, which came out seven years later).

Bresson based his screenplay on the memoir of Andre Devigny, a WW2 French lieutenant who escaped from Fort Montluc prison in 1943 and wrote a detailed account of his internment and breakout. Although Bresson sticks closely to Devigny’s account in most aspects (using his narrative as the basis for the numerous voiceovers), he changes the ending to make it more cinematically palatable. The reality wasn’t as clean and uplifting as the one provided in A Man Escaped. 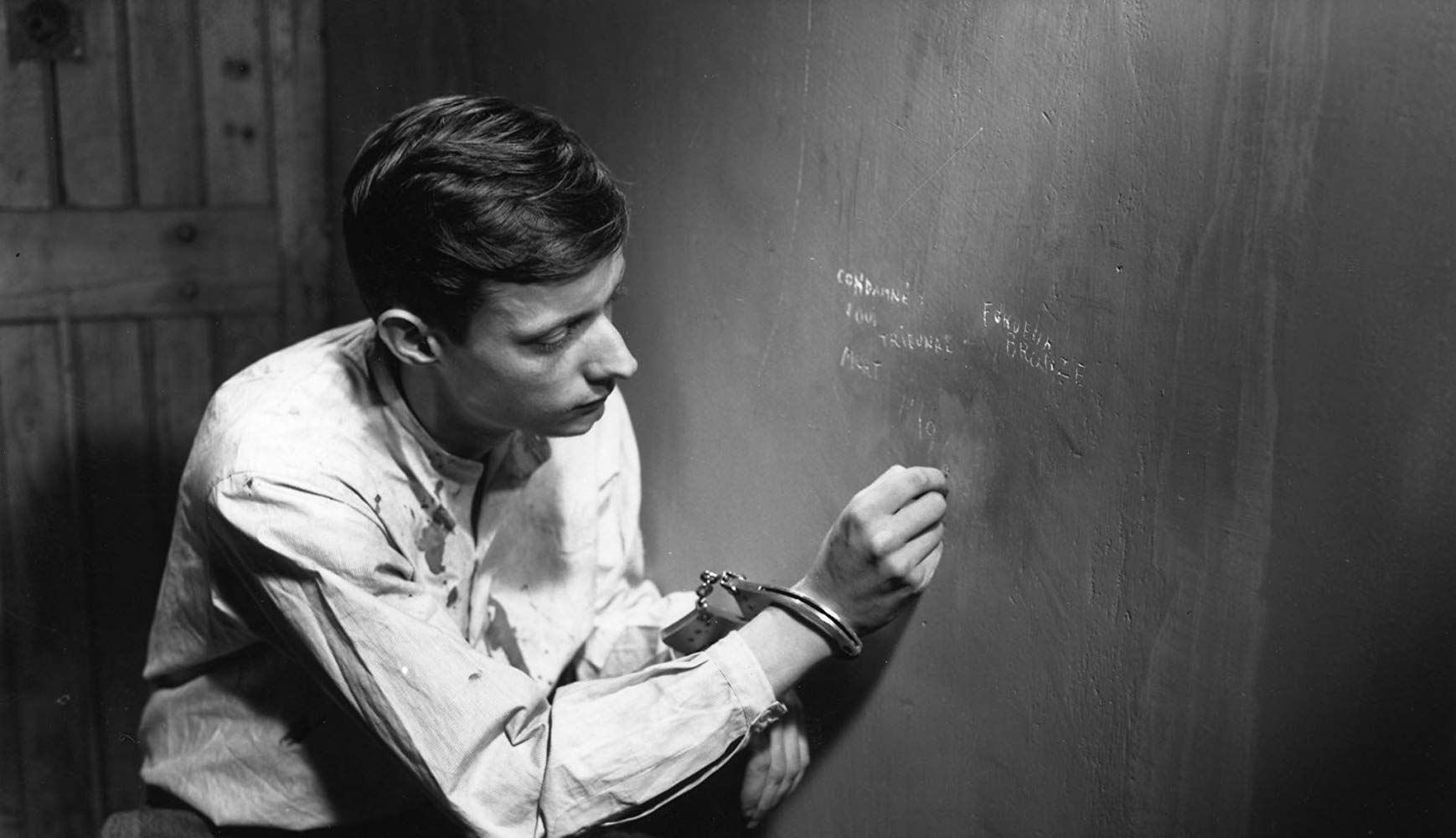 Francois Leterrier plays Fontaine, the Nazi prisoner of war who spends most of the movie confined in Fort Montluc. A Man Escaped meticulously recounts the details of his time there – we become as familiar with his small cell as he is. His escape plan evolves in small steps – stealing a spoon to use as an implement to remove the boards of the door, uncoiling the wiring of the bed support to interweave with strips of cloth to form a rope, bending the metal frame of a lantern into hooks. These specifics, which might be afforded glimpses in a conventional film, become the focus of entire scenes. Far from being dull, it’s absorbing to watch how everything comes together. This is MacGyver long before Richard Dean Anderson put on the leather jacket.

Bresson’s style is documentary-like. The camera provides a straightforward but not intrusive presence. The director never does anything fancy or showy with his shots, alternating between long-range, medium-range, and closeups in a traditional fashion. His editing is equally clean with no fast cuts. By sticking to this regimen, he is able to provide a strong sense of place. Characters are developed more by shot selection and showing how they interact with their environment than by acting tours de force. Bresson famously referred to actors as “models.” Their purpose was not to bring the characters to life via performances but to function as marionettes with Bresson manipulating the strings. He invariably chose unknown or little-known actors for his films. In A Man Escaped, Francois Leterrier had never stepped in front of the camera professionally prior to this appearance (and only did so once after that). His primary career was as a director of middling films. (He is also the father of the better-known Louis Letterier.) 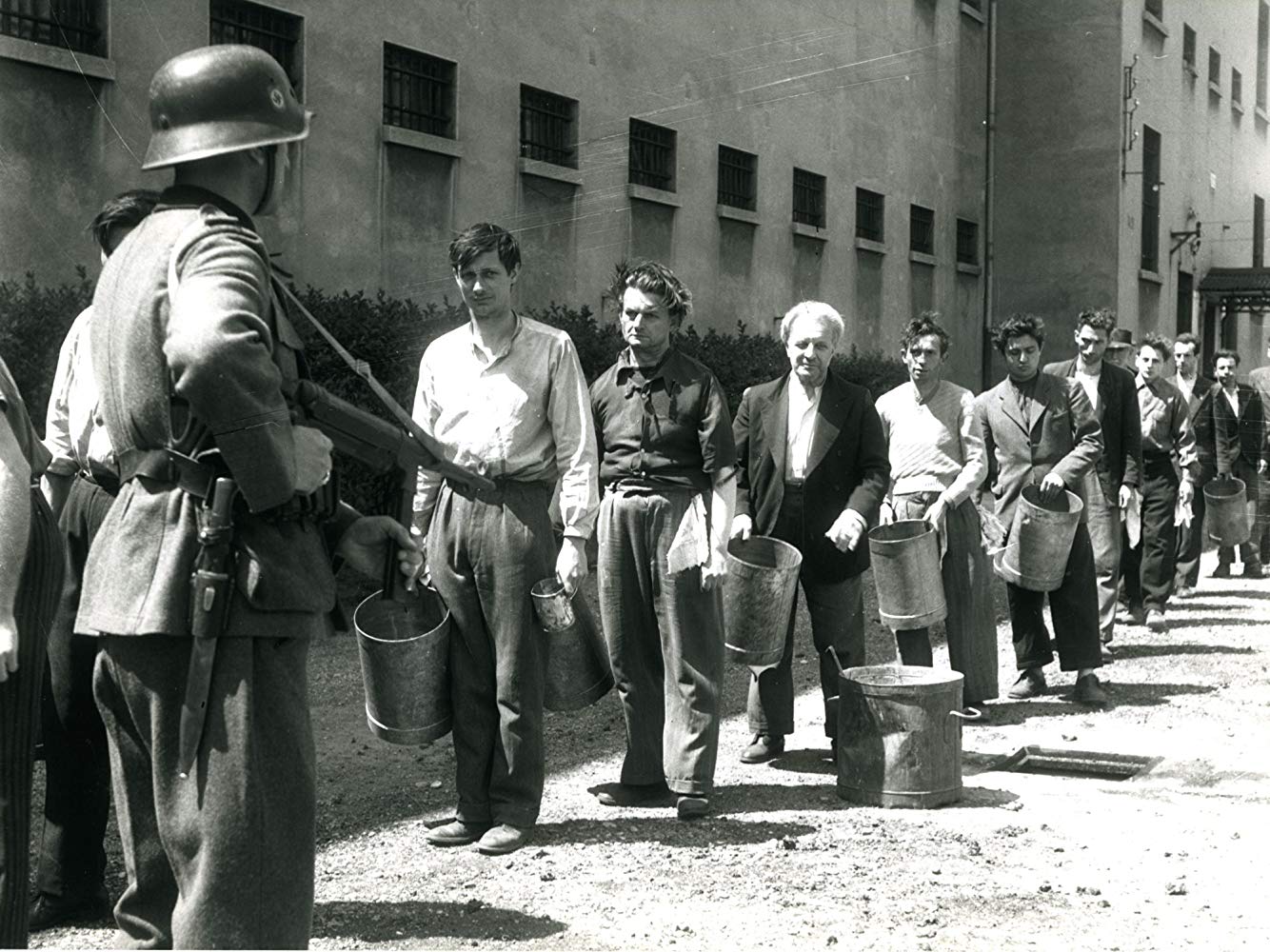 Fontaine is not the only “inhabitant” of Fort Montluc. He is surrounded by other prisoners: the priest Deleyris (Roland Monod), the old man Blanchet (Maurice Beerblock), the betrayed Orsini (Jacques Ertaud), and Fontaine’s eventual cellmate and co-escapee, Jost (Charles Le Clainche). Although these characters serve their purposes, Bresson keeps his distance from them. They are depicted only as they impact Fontaine’s life and plans. When one is executed, he dies offscreen. The only indication that he has been killed are the sound effects of rifles being fired. The guards are nameless and faceless.

At first glance, Bresson’s calculating approach to cinema might seem to be the enemy of the visceral reaction. However, as can be seen at various times during A Man Escaped, such meticulousness can generate tension. One case in point: early in the film, after Fontaine has been arrested by the Gestapo and is being driven by car to the prison along with two other members of the Resistance, he is on the lookout for an opportunity to flee. Bresson’s camera frequently returns to shots of Fontaine’s left hand approaching the door handle, ready to open it. As opportunities slip by, we can tell by the images of his hand and his face, shots of the others in the car and the road outside, that the moment of truth is approaching. Tension crests then breaks. 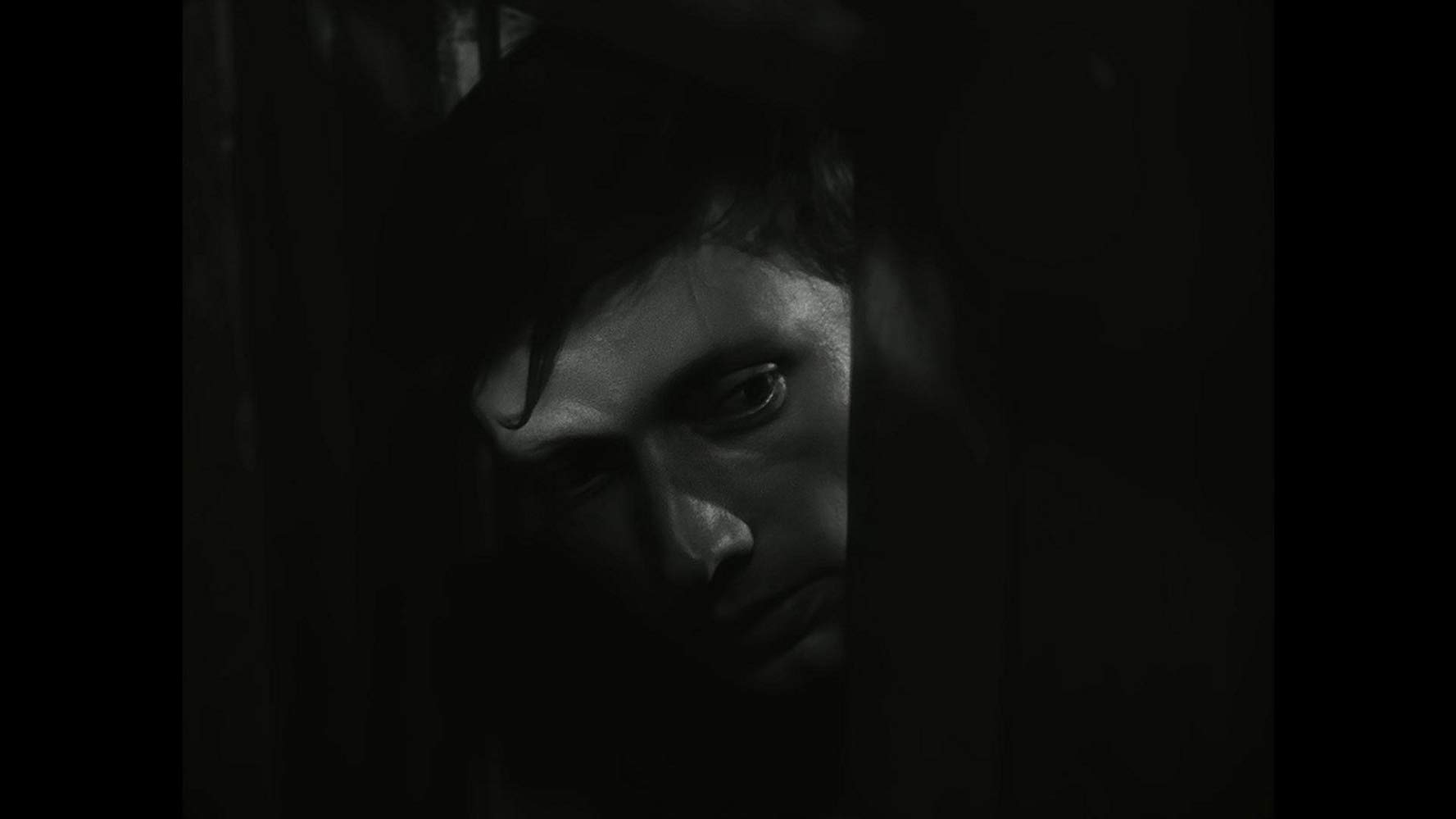 We spend the entirety of A Man Escaped with Fontaine. He is real because of his normalcy. The actions that result in his escape require courage but no superhuman powers. The manner in which Bresson chooses to film Fontaine emphasizes his humanity, therefore making the stakes higher and the tension greater. This represents the essence of Bresson’s filmmaking philosophy and the reason why he was so influential during the era in which he worked (1943-1983, with his most fertile period being between 1956-1966). Although not a member of the French New Wave, Bresson was cited as influential by many of the movement’s founder and, in formulating his “auteur theory,” Francois Truffaut indicated Bresson as a prime example.

A Man Escaped doesn’t embody the standards nor incorporate the tropes one associates with escape films yet, in its own quiet, insistent way, it’s as good or better than most of them. Unlike most thrillers of this sort, which are crafted with distracted viewers in mind, Bresson’s deliberate, details-oriented approach demands attention and rewards those who give it; it has much to offer to anyone willing to watch, absorb, and analyze.