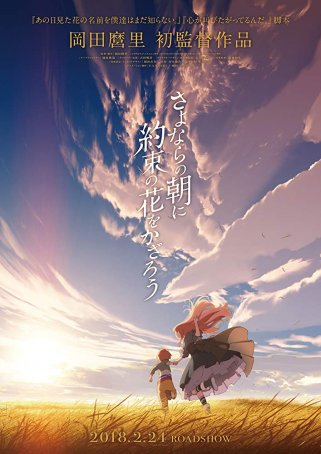 Though not unusual for animated movies to provoke tears, Maquia: When the Promised Flower Blooms is perhaps the second animated film I would openly classify as a “tearjerker” (the first being Grave of the Fireflies). However, although there is manipulation, the movie earns every watery eye and sniffing nose it gets. With its complex storyline, delicately intricate character arcs, and evocative animation, the directorial debut of anime writer Mari Okada is more than worthy of the international distribution it has received. And, despite being set in a Lord of the Rings­-ish fantasy world, the core themes of loss, aging, and motherhood have real-world emotional resonance. 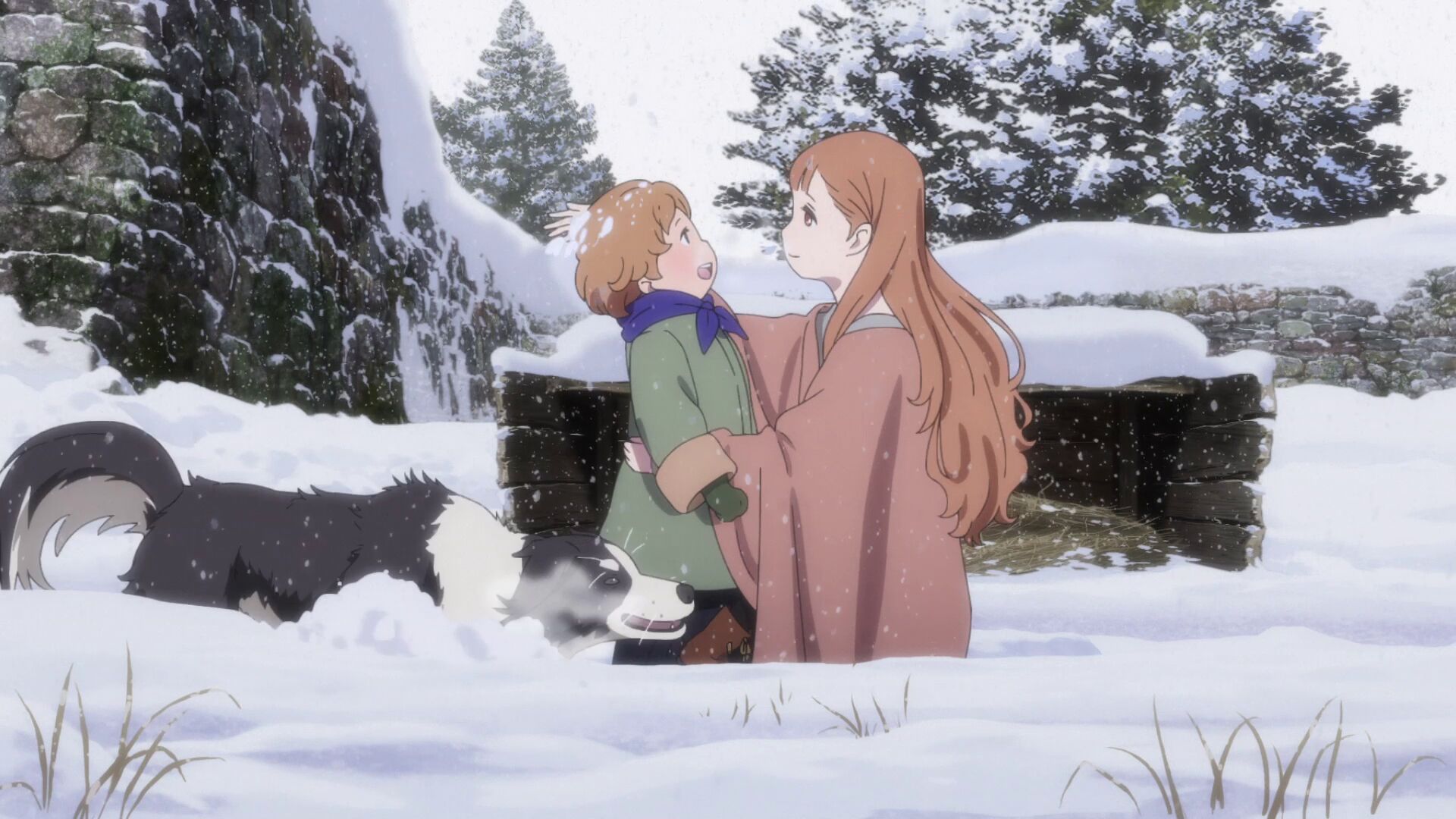 The land of Iorph is home to a fairy-like species of long-lived people who stop aging in young adulthood, thereby retaining their ethereal beauty through the whole a virtually limitless existence. When Iorph is invaded by the Mezarte army in their search for the secret of immortality, three survivors escape into the world of men. The orphan Maquia (Manaka Iwami) dyes her hair and pretends to be human. The warrior Clear (Yuki Kaji) goes into hiding. The most beautiful of all the Iorph girls, Leilia (Ai Kayano), is captured and forced to be the Prince’s consort.

Early in her journey, Maquia saves the life of an infant mortal, whom she names Erial. With no one else to care for him (his mother is dead), Erial becomes Maquia’s adopted son. She raises him as her own and gives him all the love she has. But, as he grows older and she does not, Maquia realizes that a great sadness waits in her future. Circumstances push Maquia and Erial apart as the specter of war looms above the land and a reunion of the three survivors from Iorph is tinged with tragedy. 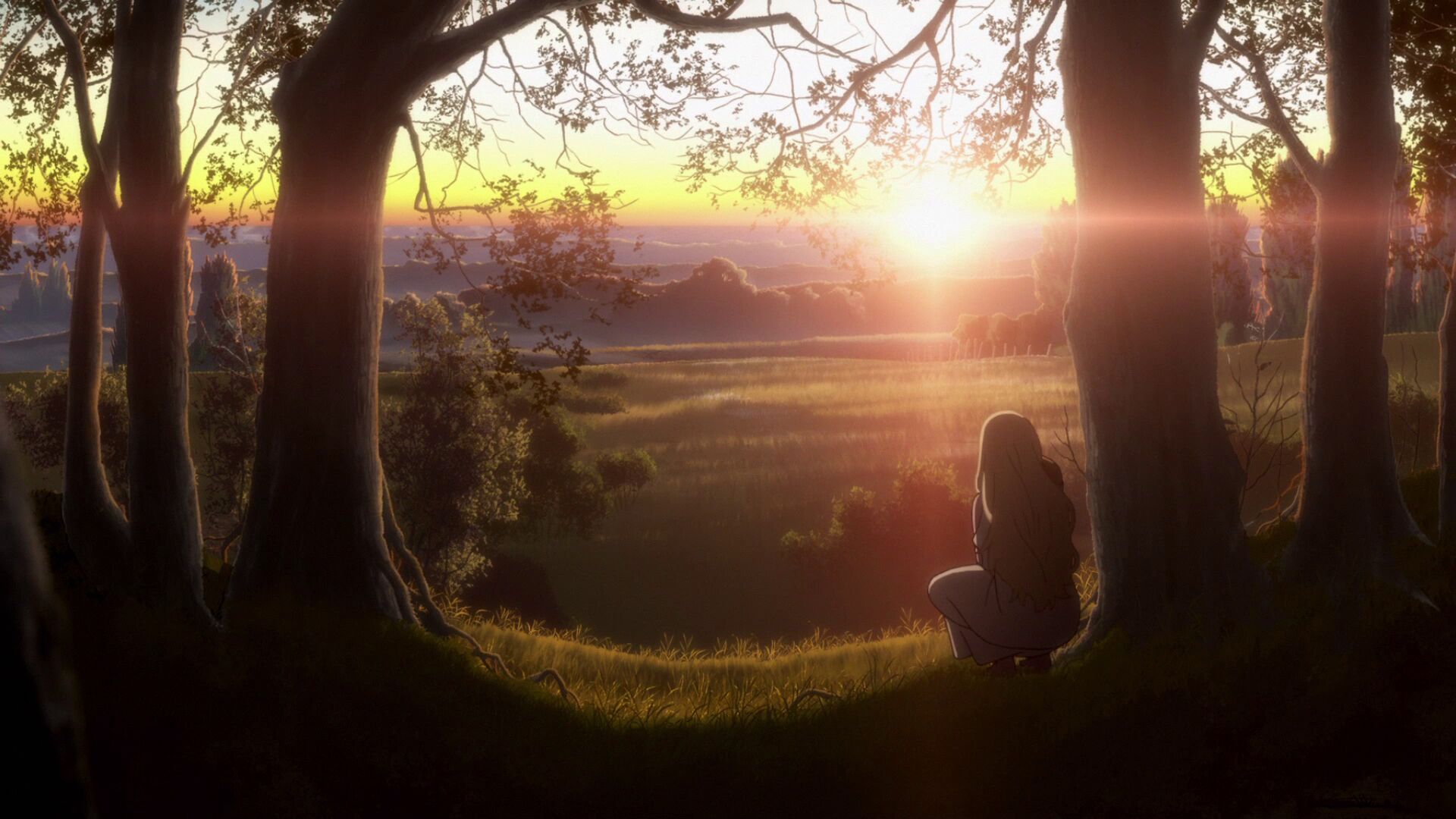 Before the Mezarte invasion, Maquia is warned that finding love outside Iorph will result in loneliness. One of the lessons she learns during the course of the film is the truth of that statement. In giving her heart to one who will live an ephemeral life, Maquia opens herself up to the inevitable sense of loss. It’s ultimately a sacrifice she doesn’t regret making, even knowing that heartbreak will eventually result. Throughout the story, she worries that she’s inadequate as a mother. This universal fear plays out in her relationship with Erial as the viewer recognizes something Maquia cannot see: despite her lack of a blood relationship with her son, it would be hard to find a better, more loving caregiver.

The fantasy aspects of the narrative, although important to the atmosphere and aesthetic, are secondary to the relationships. There are mystical creatures (including a dragon-like beast), magic, and wars but Okada’s story focuses first on Maquia’s interaction with Erial. Also, Maquia never falls back on the crutch of a romantic relationship for the title character. Aside from a youthful infatuation with Clear, the only one Maquia loves is Erial. Once he becomes the most important person in her life, she has no room for anyone else. 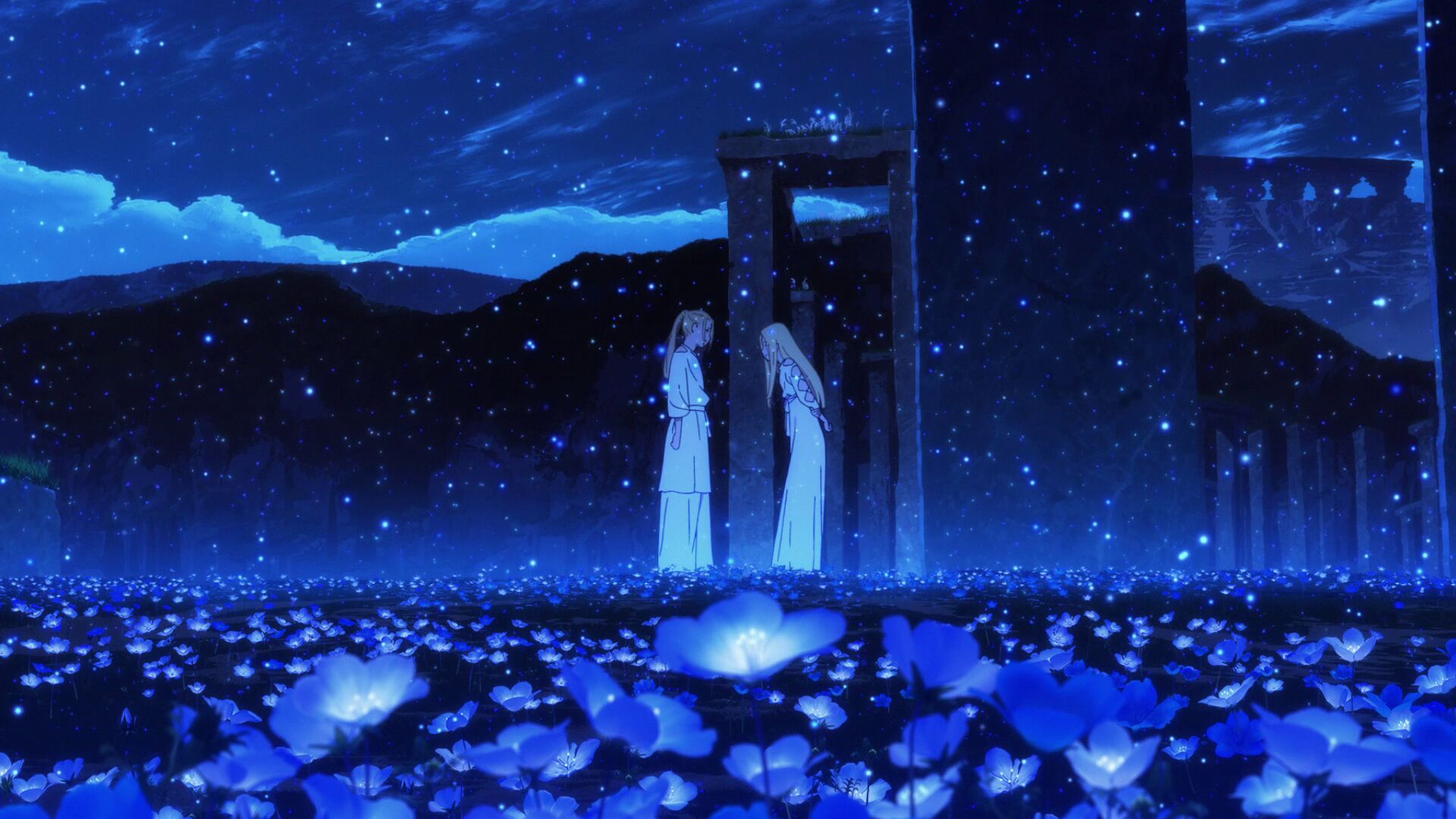 The hand-drawn animation is beautiful – pastel images, often drenched in blue, designed to catch and hold the eye. Although motion is generally limited to the foreground characters, the static backgrounds are richly drawn, creating and amplifying this fantasy world. Certain scenes, like the battles, are complex and feature a lot of moving pieces. The film’s overall look will be familiar to fans of anime, especially how the characters are rendered with large eyes and snub noses. Those familiar only with American CGI animation will quickly find that the Japanese style is a better match for a story of this sort. Of course, most Hollywood animated films aren’t as ambitious as Maquia. The only one I can think of with a similarly deep emotional power is Toy Story 3.

Maquia is probably too long. There are times when it seems to drag and several subplots aren’t fully realized. Nevertheless, this is a rewarding experience and the feelings it coaxes from the viewer don’t require one to be a lover of anime and/or fantasy to partake in them. It’s a human tale about relatable characters with real emotions. There has never been any question about Okada’s talent as a writer; Maquia proves that she is no less capable as a director and, as a result, stands poised to become a singular force in Japanese anime.