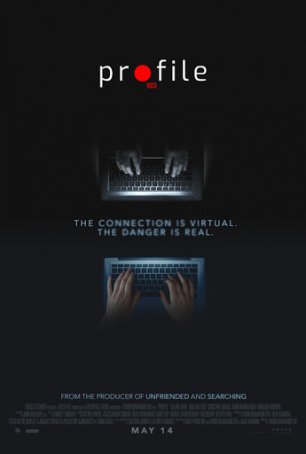 Profile belongs to a burgeoning genre of low-budget films that have collectively been dubbed “screenlife” movies. The natural successor to “found footage” productions, these narratives are presented entirely on a faux computer screen, with the viewer watching a realistic depiction of someone’s daily use of a laptop, including video applications and chat screens, to advance the story. To date, “screenlife” movies have mostly been gimmicky affairs and, as was the case with “found footage” productions during their heyday, a fertile field for cheap horror excursions. But there’s evidence that, if given sufficient latitude and with the right person behind the camera, there’s the potential for something substantive. Profile doesn’t quite get there but it’s the best “screenlife” movie to-date and it hints at future possibilities.

Soviet-born director Timur Bekmambetov, whose previous (more conventionally shot) titles include Wanted, Abraham Lincoln: Vampire Hunter, and the Ben-Hur remake, has a history with “screenlife” stories. Although this is his first stab at one from behind the camera, he is listed as a producer for Unfriended, Unfriended: Dark Web, and Searching. Profile ups the ante, employing effective tactics from those films and filtering out those that didn’t work, in the service of a compelling narrative. The verisimilitude of the screen approach is undeniable. Watching the film on a computer, I occasionally had to fight the urge to close an in-movie app to limit clutter.

The movie is loosely based on Anna Erelle’s “In the Skin of a Jihadist,” the true-life account of a French journalist’s on-line “romance” with a Syrian terrorist. Erelle (a pseudonym) put her life in danger to get the story about how Islamic terrorists use the Internet to seduce young European women to give up everything and travel to Syria where they often function as sex slaves and are trained as suicide bombers. After publishing her article, Erelle was targeted for murder by ISIS and has lived under an assumed identity and with police protection since 2015. 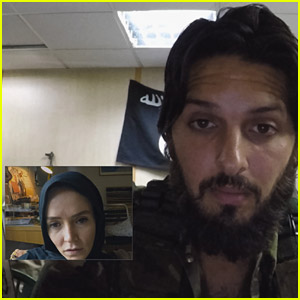 In making Profile, Bekmambetov doesn’t attempt to provide a rigorous representation of Erelle’s reality but instead uses it as a jumping-off point for an unconventional thriller. It’s a twisty, white-knuckle affair that amps up the tension as the Erelle character, London-based Amy (Valene Kane), is drawn ever-deeper into the web spun by charismatic, British-born militant Abu Bilel Al-Britani (Shazad Latif). The terrorist, showing a softer, human side of himself and appealing to Amy’s romantic nature, professes to love her and urges him to join him in Syria where she can live like a queen and they can make babies together. Although recognizing Bilel to be a dangerous killer, she can’t help but be drawn in (perhaps not unlike women who strike up correspondence with imprisoned serial killers and end up marrying them). Amy’s obsession with Bilel results in a rift opening between her and her fiancé, Matt (Morgan Watkins), and earns the concern of her no-nonsense editor, Vick (Christine Adams).

By observing Anna’s Skype calls with Bilel and being privy to private text messages between the two, we follow along as her journalistic objectivity collapses and she begins to believe in the man and the façade he has built to lure her to Syria. There are times when the movie resorts to clumsy contrivances to move the story forward (this is especially true late in the proceedings when Amy has a colleague translate a conversation in Arabic that she doesn’t understand) but, overall, Bekmambetov succeeds in not only presenting a suspenseful thriller but in shedding some light on how a seemingly “normal” British woman might succumb to the wooing of a notorious womanizer and mass murderer. 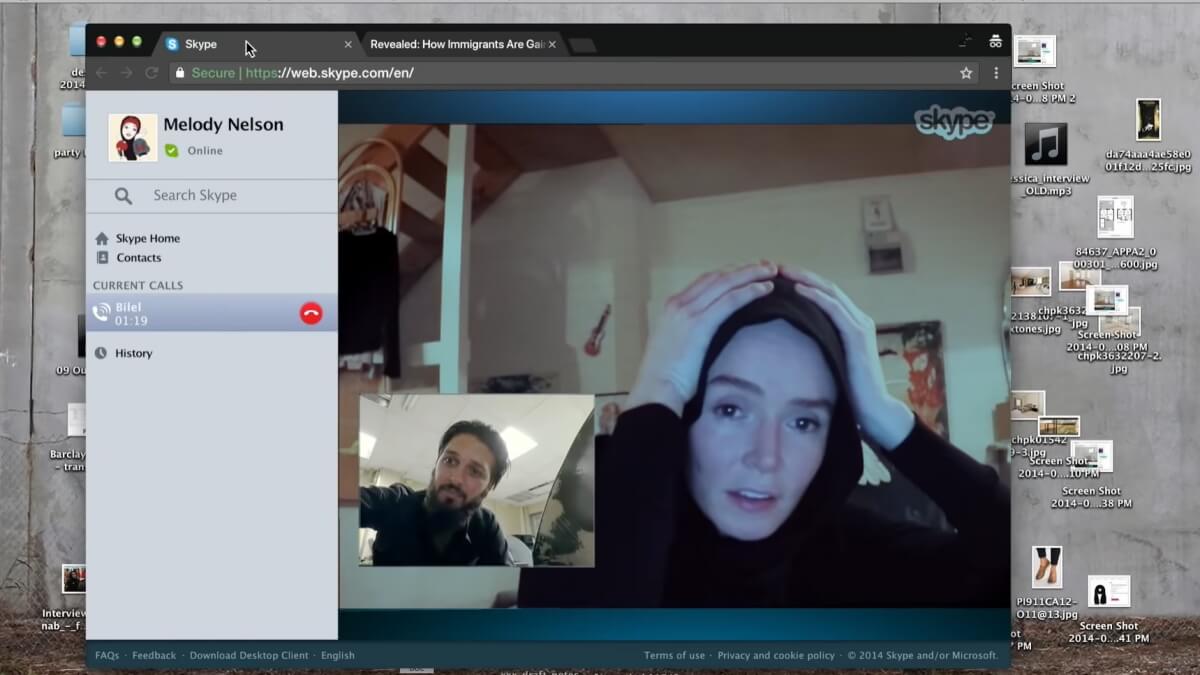 The acting by Valene Kane and Shazad Latif is strong – both are believable playing roles within roles (neither Amy nor Bilel is who they pretend to be to each other and, in Amy’s case, we see the “real” woman as well as her alter-ego of Melonie). Some of the secondary actors aren’t as good but their screen time is limited.

Profile, like Searching, works primarily because it doesn’t overreach the way some of the other “screenlife” movies have. The material as presented is organically well-matched to the story. Since the narrative is being offered entirely from Amy’s perspective and because her relationship with Bilel is on-screen, it makes sense to have the movie unfold by browsing through her video library and chat logs. One curious thing about Profile, however, is that one can make a cogent argument that this is a rare movie that works better when seen at home – especially on a computer or a tablet – than on the big screen. No matter how one views it, however, it’s worth seeing for the story it tells, the tension it generates, and the glimpse of potential it offers for future productions employing this technique.