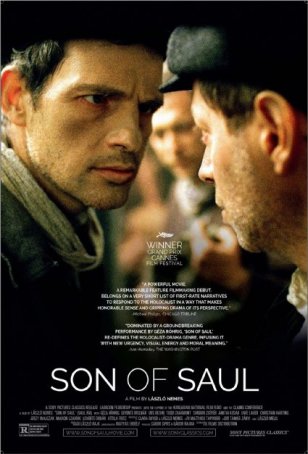 There are numerous powerful Holocaust movies available but I don’t think I’ve ever seen anything that offers the kind of grim, you-are-there perspective of Son of Saul. With perhaps 90% of the shots in close-up with long takes, the movie gives an almost first-person point-of-view of existence in the infamous Auschwitz-Birkenau extermination camp. Yet Son of Saul finds a ray of hope amidst the smoke, ashes, and stench. It argues that redemption can exist no matter how desperately circumstances conspire to suppress it.

Son of Saul limits its use of graphic images.  That’s not to say the film spares the viewer the horror of the situation but director Laszlo Nemes opts to present it in an atypical manner. Indeed, because Nemes relies so strongly on the viewer’s imagination, his visuals may be more horrific than anything previously shown.

The narrative chronicles two days in the life of Saul (played by poet Geza Rohrig, making his acting debut), a member of a Sonderkommando unit.  (Sonderkommandos were Jewish prisoners forced on threat of death to perform the manual labor necessary to keep the crematoria functional). During one shift, a boy survives the gassing. Saul watches impotently as a doctor finishes the job. He then makes the improbable claim that the child is his “son,” although evidence contradicts him. Son of Saul never makes it clear whether there is a true kinship between the lead character and the dead boy but Saul acts as if there is, seeking to expiate his sins through a proper burial. Not only must he find a way to prevent the body from being cut open for autopsy or burned but he must obtain the help of a rabbi to recite prayers. 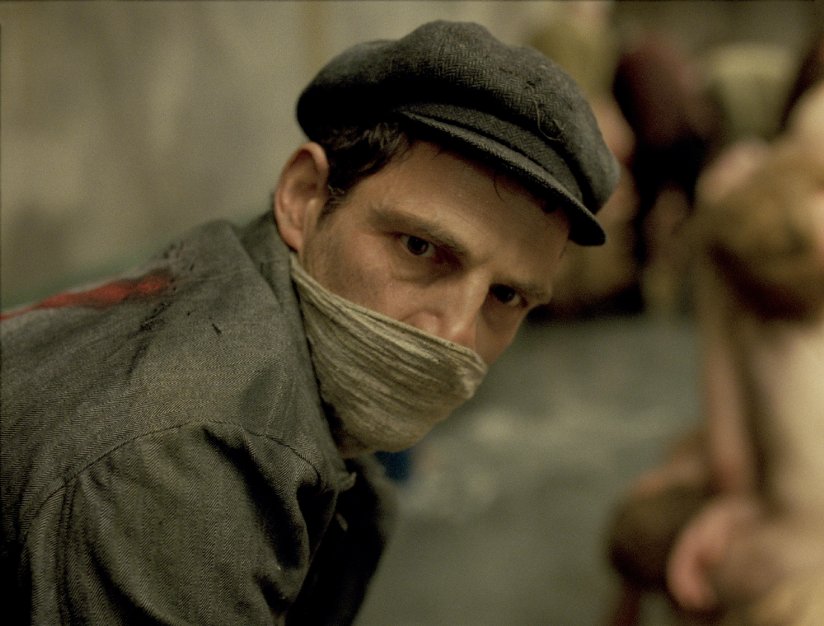 Although Saul’s story is fictional, it happens against the backdrop of a real 1944 revolt by Sonderkommandos that occurred in Auschwitz. Saul is presented as a key cog in the machinery of the the revolt and, when he becomes obsessed with burying the boy, he is accused of putting the interests of the dead ahead of the living.

Nemes shot the entirety of the film using a handheld camera. A majority of the time, it’s tightly focused on Saul’s face, which puts the onus on Rohrig, who is up to the task. The actor conveys the detached stoicism necessary for survival in this situation but there are times when we can read vestiges of his anguish. By employing this style, Nemes is able to covey the atrocities of Auschwitz without depicting their grotesque detail. Images are presented in the background, out-of-focus. We see the Sonderkommandos going about their duties - readying bodies for burning, gathering clothing and possessions, shoveling ash into a river, etc. There are times when the close-ups become claustrophobic and feel intrusive but that’s by intention. Nemes doesn’t want Son of Saul ever to be comfortable. This is a challenging motion picture - precisely what one would expect from a movie taking a serious look at one of the 20th century’s great tragedies. Even Schindler’s List, the starkest Holocaust film to emerge from Hollywood, wasn’t this raw. The story at times becomes secondary to the experience of being there. And it’s not a pleasant place to be, nor is the cavalry waiting just over the next hill. 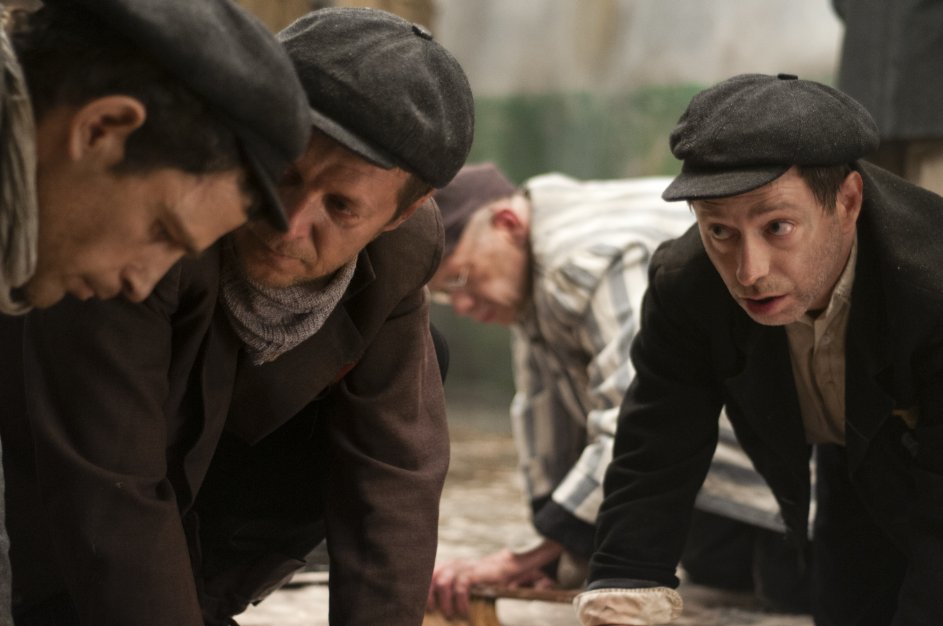 From a psychological perspective, Son of Saul shows the necessity of meaning. Saul is a dead man walking. He understands that the Nazis routinely kill Sonderkommandos because they are keepers of too many secrets. Even if the boy is not his son, his quest to give the body a proper burial infuses his life with purpose. He risks everything in its pursuit. Death holds no fear for him. He seeks expiation and this is his chosen route. It makes sense only to Saul. Even his fellow prisoners don’t understand.

The film’s contribution is the unique perspective it provides about what it meant to work in a death camp. There have been other movies about Sonderkommandos (Tim Blake Nelson’s The Grey Zone being an example) but no other Holocaust movie has dared to wed the viewer’s perspective this closely to that of a protagonist. Son of Saul is a powerful achievement but I don’t think I could sit through it more than once.