Writer/director Javier Fuentes-Leon’s The Vanished Elephant is a moody, atmospheric neo-noir crime story that starts in traditional territory before taking the viewer on a trippy, mind-bending journey where the reliability of the narrator comes into question as does the legitimacy of everything we’re seeing. The film’s nihilistic last act will leave some viewers cold but, from a pure storytelling perspective, the movie engages throughout.

When The Vanished Elephant begins, you can be forgiven for thinking it’s just another run-of-the-mill mystery/thriller. Author Edo Celeste (Salvador del Solar) has decided to end his long-running, successful series of crime novels featuring detective Felipe Aranda. Writer’s block has crept in, however, and he’s having trouble figuring out how to end the book. Meanwhile, a real-life mystery is impacting Edo. New clues have come to light about the disappearance of his fiancée, Celia (Vanessa Saba), who vanished seven years ago during an earthquake. Never found, she was presumed dead but a mysterious set of photographs casts doubt on that conclusion. As Edo begins investigating, he learns that the “game” is in deadly earnest and there is soon a body count. 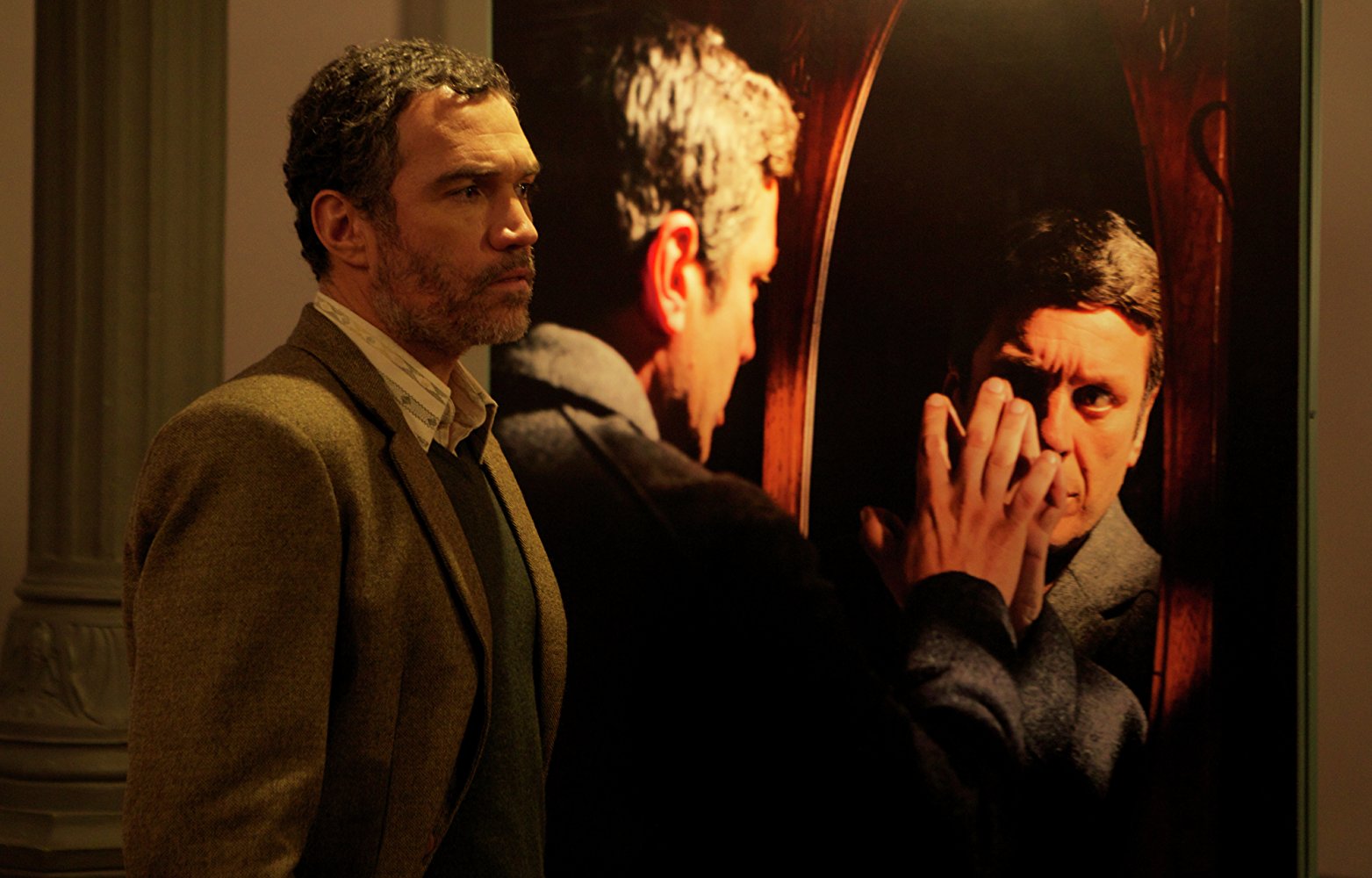 Fortunately, there’s a lot more going on in The Vanished Elephant than a neo-noir crime procedural because that’s easily the weakest aspect of the movie. The more surreal the narrative becomes, the more interesting things are. In the end, the works better as an examination of the creative process than as an unconventional thriller. Viewed in hindsight, The Vanished Element has a lot to say about how authors relate to their creations.

Without going deep into spoiler territory, it’s difficult to dissect the film’s essentials. It’s one of those movies where the less you know about it going in, the more impactful the revelations will be. There’s no single big “gotcha!” moment when everything becomes clear (like when a character looks in a mirror in Kenneth Branagh’s Dead Again) but a gradual dawning of what the underlying truth might be. This is a “through the looking-glass darkly” kind of film where a second viewing after learning the secrets results in a different experience. The Vanished Elephant doesn’t tell an entirely new story but the shadings, like those employed behind the camera by director of photography Mauricio Vidal, show subtle changes in hue and texture.

At times, Vidal’s cinematography is the star, whether it’s when the camera provides a static perspective of the puzzle Edo is putting together on his wall (the photos, if assembled properly, form a larger picture) or when it shows the lonely beaches of Paracas or the streets of Lima. There are some striking images, such as a woman in a red dress wandering across a sandy expanse.

Salvador del Solar brings a layer of humanity and intelligence to the stereotypical tough-guy gumshoe role. Physically, he bears a resemblance to a younger Vince D’Onofrio and his acting style recalls Liev Schreiber. Although there are elements of Sam Spade in Edo’s personality, he’s not trying to ape Bogart nor is The Vanished Elephant a Dashiell Hammett knock-off. The more psychological the story becomes, the less familiar Edo seems. Del Solar effectively captures the essence of the character in all of his perturbations – something not easily accomplished considering how much different our understanding is of Edo at the end of the film versus what we believe him to be at the beginning.

The Vanished Element provides an opportunity for those who enjoy the conceits and stylistic approach of neo-noir thrillers but are looking for something less entrenched in the standard narrative structure. The movie challenges the viewer to “think outside the box” while following Edo’s investigation. Only by doing so will the resolution seem more like an organic extension of the storyline than a surprise twist. Fuentes-Leon’s little gem is unpolished and rough around the edges but it shines brightly enough to be worth a couple hours’ viewing time.