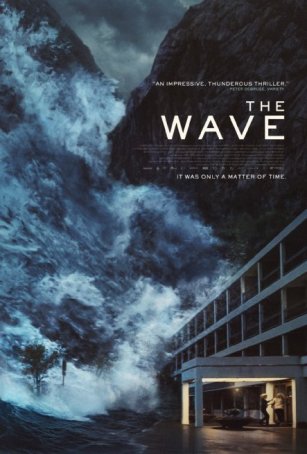 Disaster movies have always been popular, but I’ll leave it to psychologists to determine the reason why viewers react positively to tales of mayhem and catastrophe. The making of a disaster movie offers its creators an unusual set of challenges. For example, an unfortunate byproduct of spending 90% of the budget on special effects is that it’s rare for this type of film to feature a noteworthy story or compelling acting. The screenplay becomes a means by which the actors can be moved from one maelstrom to the next. Something like The Wave is indeed a rarity - without skimping on the spectacle that glues eyeballs to the screen, it takes the time to develop its characters. As a result of populating his film with believable people, Norwegian director Roar Uthaug gets us to care about the protagonists and, as a result, when the cataclysm strikes, the stakes are higher than they would be if a bunch of cardboard cutouts were running around like Chicken Little.

To be clear, The Wave doesn’t have the kind of budget that would allow it to stand toe-to-toe with Twister or The Day After Tomorrow or [insert favorite disaster movie title here]. But it doesn’t have to. Enough krone were available for the so-called “money shot” - a giant tidal wave bearing down on a cozy village. The disaster footage and special effects are believable - they just don’t fill up the running time the way they do in Hollywood movies. This forces the filmmakers to expend more effort on story and character development. Big-budget American disaster films could do this but they don’t.

It would, however, be disingenuous to argue that The Wave’s DNA is anything but death, mayhem, and ruin. Although the film is loosely based on a real-life 1934 incident in which a rockslide tumbled into a fjord and gave birth to a tsunami, Uthaug admits to loving American disaster films like Twister and Armageddon so those represent his inspiration here. Indeed, the last third of the film with its mounting tension and unlikely escapes, feels very much like what one would expect to encounter in a Michael Bay or Roland Emmerich outing. It includes, among other things, an annoying supporting character who exists exclusively to do stupid things. There’s also an important last act scene that’s co-opted from James Cameron’s The Abyss. (No shame in borrowing from the best.) 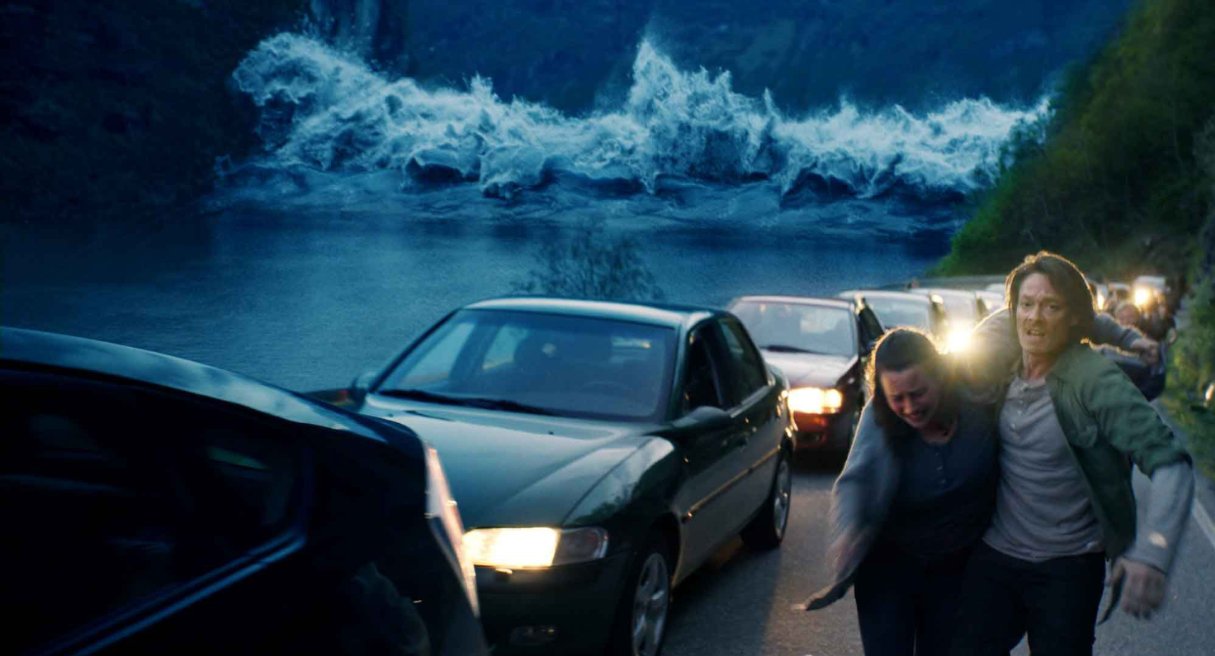 The Wave is set in a mountain pass above a fjord. Geologist Kristian (Kristoffer Joner), whose job is to monitor the terrain, is ready to sound the alarm bell when a few readings don’t look 100% right. Kristian, however, is moving on to a new career and his colleagues are unwilling to give too much credence to his warnings. Like the community leaders in Jaws, they don’t want to do anything that will endanger the tourist trade. Unfortunately, Kristian is, if anything, understating the danger. When the destabilization begins, he and his daughter Julia (Edith Haagenrud-Sande) and son Sondre (Jonas Hoff Oftebro) are on their way out of town, with his wife Idun (Ane Dahl Torp) intending to follow in a few days. But Kristian’s conscience won’t allow him to leave with a potential cataclysm looming. As a result, he and his family are in harm’s way when a 300-foot high wall of water comes rushing toward the village.

The Wave’s centerpiece is a critical ten-minute span between when the rockslide occurs and the wave reaches civilization. Played out in real time, this is a period of sustained and effective tension. It’s real, raw, and ragged. You can feel the seconds ticking away. The weight of inevitability is ominous. As panic grips the characters, the viewer grips the theater chair’s armrest. The beats may be familiar but the moment is extraordinarily well executed.

It’s unusual to feel something other than shock and awe when watching a disaster film. However, without jettisoning the tropes and clichés audiences expect from this genre, The Wave provides a little bit more - a little more intelligence, a little more drama, a little more character identification. These things are enough to more than compensate for the lower budget and to provide a fully realized, satisfying disaster movie experience.