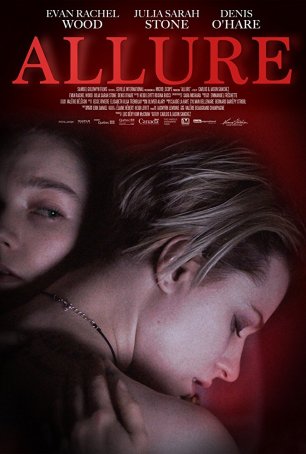 Allure is the psychological study of a disturbed thirtysomething woman and the unhealthy relationship she develops with a girl half her age. Despite a threadbare screenplay featuring overfamiliar motifs, the movie gains traction as a result of a committed, riveting performance by Evan Rachel Wood. The photographic background of co-directors/co-writers (and brothers) Carlos and Jason Sanchez gives the film a strong visual sense as well. Unfortunately, by choosing to present the narrative through the perspective of Wood’s Laura, the movie shortchanges the more interesting story, that of 16-year old Eva (Julia Sarah Stone), who is equally attracted to and repulsed by the older woman.

The movie unfolds like a twisted seduction (hence the title, although it might as easily be called Toxic). Even before Laura begins worming her way into Eva’s life, we are presented with a series of moments that illustrate how damaged the main character is. There’s a scene in which she has anonymous sex with a man and, in order to get off, she has to dominate and abuse him. Her relationship with her seemingly too-patient, long-suffering father, William (Denis O’Hare), hints at something we don’t fully understand until later in the film. 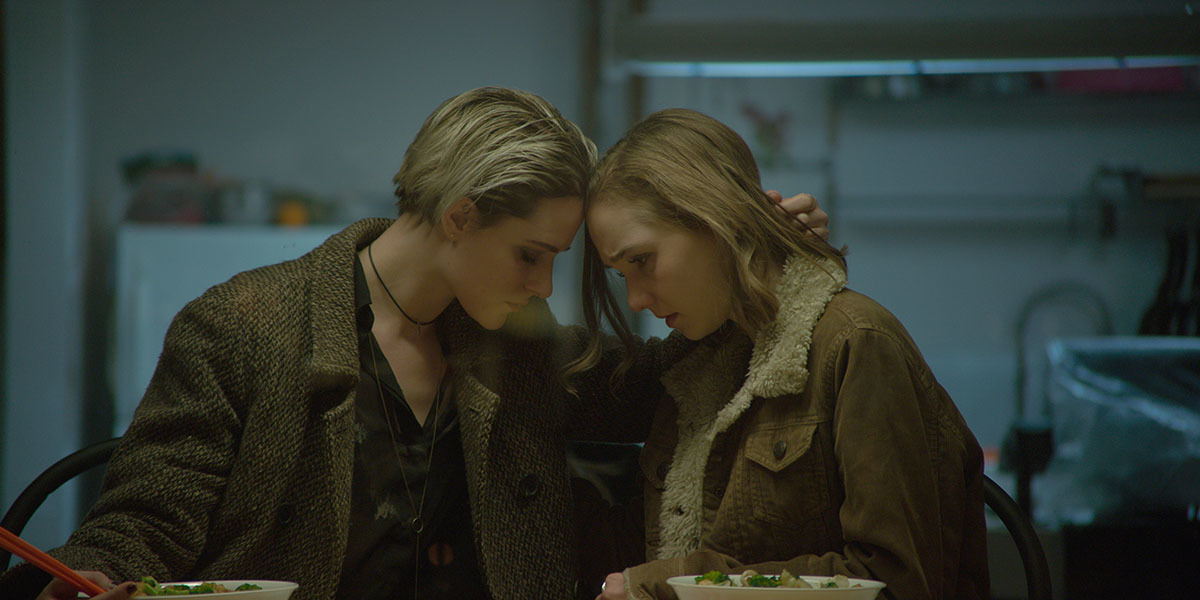 Laura meets Eva while working as a cleaner at the girl’s house. Laura’s instant infatuation develops into an obsession and, taking advantage of Eva’s natural sense of teenage alienation, she encourages her to run away from home, offering a “safe” haven. The two move in together and Laura pursues greater intimacy while showing alarming signs of jealousy and possessiveness. (At one time, she locks Eva in a room to prevent her from leaving while Laura is at work.) The relationship turns sexual but Laura’s proclivities in the bedroom frighten the timid Eva; this pushes the story into a dark alley as Laura looks elsewhere for sexual fulfillment and Ava sees a side of her lover that had previously been hidden from her.

Allure is dark and disturbing but the tendency is to reinforce two unfortunate cultural myths: the so-called “lesbian molester” and a connection between incest and pedophilia. By the time the screenplay provides its “reveal”, we know what’s coming, having been trained by other films to expect this sort of thing. Yes – incest can create crippling psychological damage but the way in which Allure manifests that damage is questionable. In Fire Walk with Me, David Lynch chronicled Laura Palmer’s spiral into risky behavior (resulting from being raped by her father) without resorting to the negative tropes evident in Allure.

The film, aided in no small part by Wood’s performance, generates empathy for Laura. Nevertheless, the character is sufficiently monstrous and self-destructive that it’s difficult to overcome the anger and revulsion that result from her mistreatment of Eva. Just as past actions have resulted in Laura’s current state, so her manipulation and abuse of Eva will perpetuate the cycle. To their credit, the Sanchez Brothers neither excuse nor justify Laura’s behavior but that doesn’t make the film as a whole any easier to digest. The screenplay doesn’t rise to the level of the behind-the-camera craftmanship or the acting. Allure leaves an impression but it’s not a uniformly positive one.