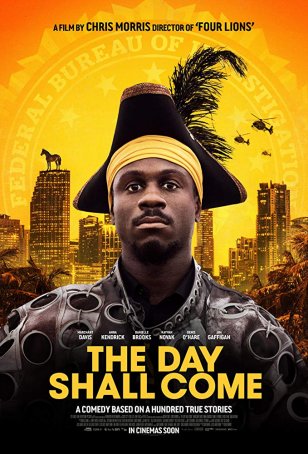 In the terrorist-busting business, perception is more important than reality. That’s the thesis of Christopher Morris’ blistering black comedy, The Day Shall Come, and he delivers the message with the subtlety of a jackhammer. The most disturbing aspect of the movie is that Morris’ satire has its roots in reality (or, as the opening caption puts it, “Based on a hundred true stories”). Everyone suspects the government is inept but they can’t be this bad, can they?

The Day Shall Come follows both sides of a terrorist take-down: the perpetrators and the law enforcement individuals tasked with stopping the action. It’s not as cut-and-dried as it might first seem, however, when it becomes apparent that no one is concerned with whether there’s really an attack in the works. It’s all about cya, getting a prosecutable arrest, and spinning things for the news so the public feels their tax dollars are at work protecting the citizenry. The Day Shall Come is an angry film – funny at times but with an acidic underpinning.

Moses Al Shabaz (Marchant Davis) is the leader of a small Miami “farm” whose stated goal is to protect African-American communities in Miami from the evils of gentrification. A nearby crane has become the focal point of his ire. His following is small – his wife Venus (Danielle Brooks), their daughter, and a couple of friends – but he has the heart of a revolutionary and believes he can ignite a spark that will carry his message far and wide. He’s not entirely sure how to do this, despite having heard the voice of God from a duck. He needs money and thinks that becoming an arms dealer might be a good way to raise it. 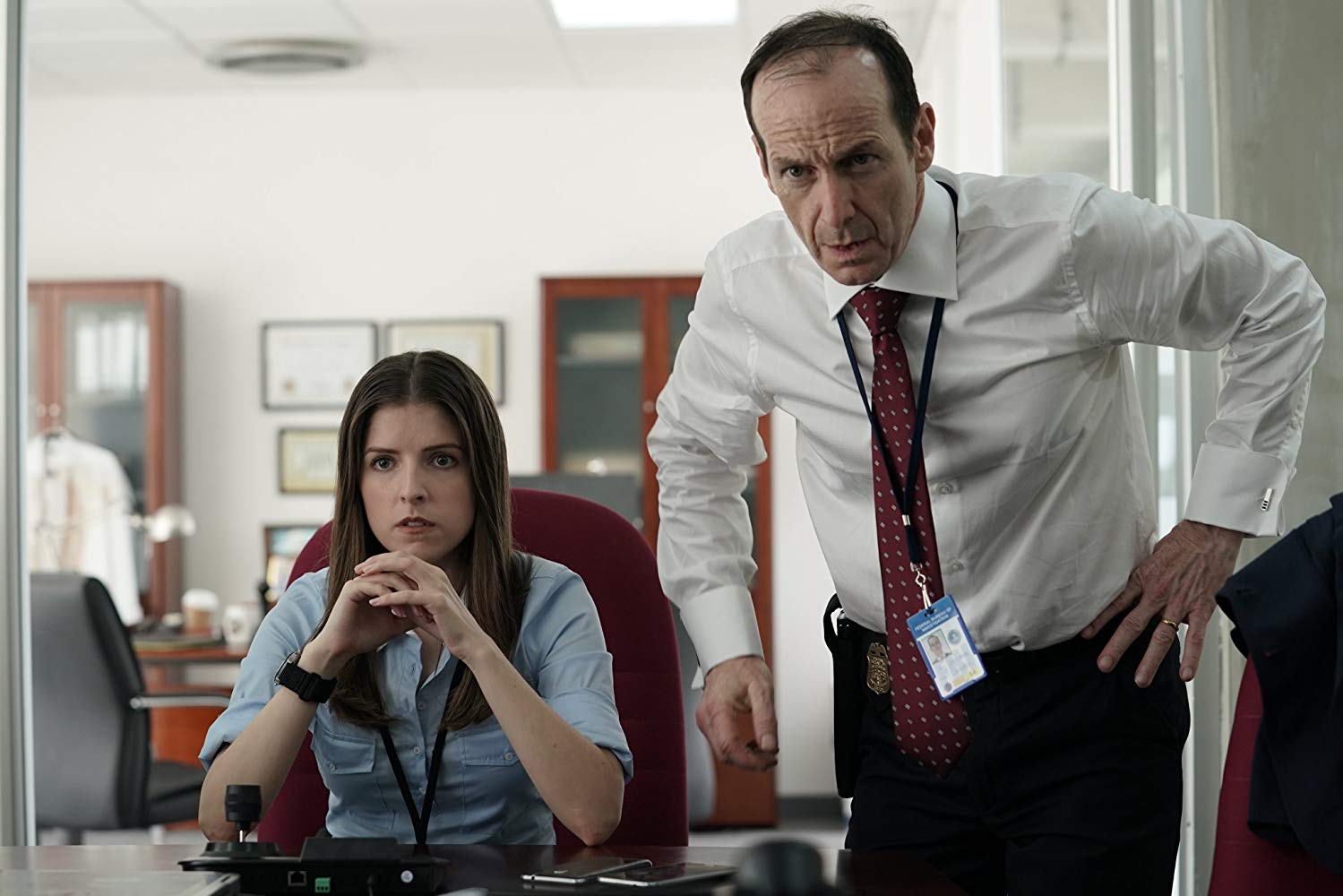 The Feds, meanwhile, led by agent Kendra Glack (Anna Kendrick) and her career-minded boss, Andy (Denis O’Hare), are determined to earn their pay by taking terrorists off the street. To do this, they find fringe players like Moses and entrap them into buying (fake) guns and bombs. Things go awry in this case, however, when Moses repeatedly gets cold feet. They finally think they have him on an undercover sting that requires him to sell nuclear material to a group of neo-Nazis, but there’s nothing dangerous in the cannisters and a turf war breaks out between the FBI and the local cops.

Sure, The Day Shall Come is a comedy, but there’s a hint of truth in the pettiness of how the Feds handle their investigations. They’re interested in numbers (as in: successful prosecutions) not in whether the perpetrators present a clear and present danger to the American public. They go for easy (as in: stupid) targets and squabble over who gets the “collar.” At its best, The Day Shall Come can stand alongside the most biting of governmental take-downs. I’m reminded of In the Loop, and there’s a tangible connection. Morris directed four episodes of Veep, which was created by Armondo Iannucci, the screenwriter of In the Loop. On-target performances enhance the movie’s tongue-in-cheek sensibility. Anna Kendrick, the biggest name in the cast, plays against type, gleefully dropping f-bombs at every corner while playing a character who’s as crooked as they come. Her bewilderment when she tries to follow the logic behind the process for entrapping Moses is a source of amusement, especially the dawning realization that it makes a twisted kind of sense in the bubble of law enforcement politics. Marchant Davis, in his feature debut, makes Moses a befuddled but oddly charismatic character. And Denis O’Hare’s FBI honcho is a classic blustery blowhard.

The Day Shall Come unquestionably touches the funny bone but, in doing so, it reminds us of some truths we’d rather ignore. The public narrative is that law enforcement is working hard to keep the population safe from terrorist plots and organizations. While that’s their mission statement, the gulf between the ideal and the reality may not be much narrower than the one exposed in this movie. Actor T.J. Miller once said (in a different context), “Effective satire has to be almost identical to the subject that it is skewering.” Applied here, it makes one wonder whether The Day Shall Come belongs in the comedy category or the horror one.