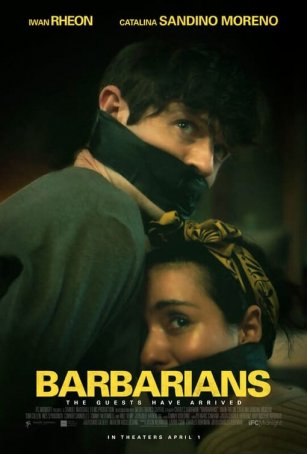 Barbarians starts out as a tense psychological thriller unfolding against the tableau of a not-so-friendly dinner before morphing into something decidedly physical and creepy. Yet the home invasion that flips the movie at the halfway point doesn’t go quite as deeply into Funny Games territory as it initially appears to venture. The title speaks not to a particular group or individual but to innate tendencies that reside deep within all human beings, no matter how cultured and civilized they may appear to be.

Barbarians is essentially a four-character play transpiring within a sprawling show home set in the English countryside. That’s where sculptor Eva (Catalina Sandino Moreno) has decided to celebrate the 30th birthday of her partner, Adam (Iwan Rheon). Not only is it a good place for an intimate get-together with friends but it’s also the dream home where they hope to settle down. Not coincidentally, the male half of the couple they are inviting for the get-together, Lucas (Tom Cullen), is the developer who cont the property. His “plus-one” is girlfriend Chloe (Ines Spiridonov), who has just discovered that she’s pregnant. 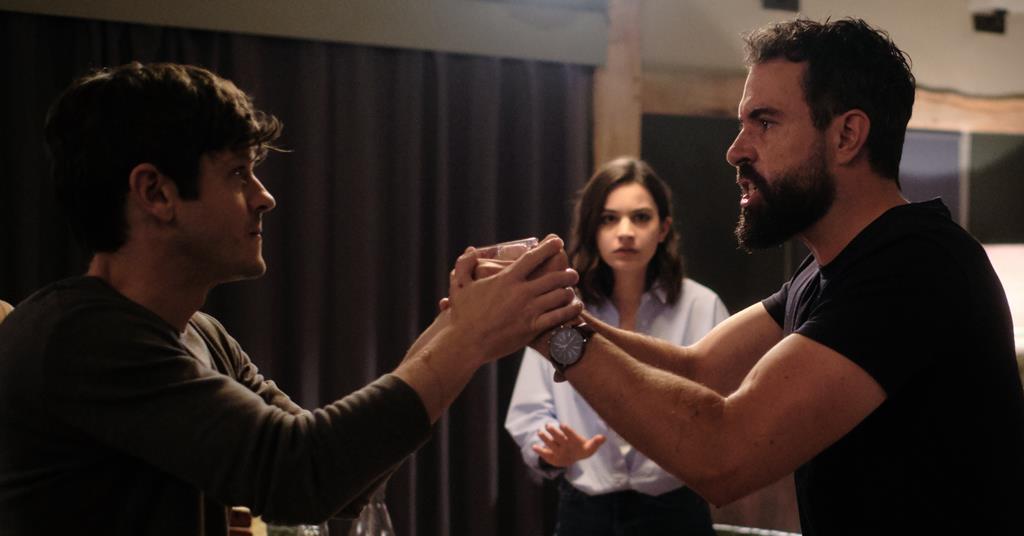 Tension is immediately evident between the alpha male Lucas and the reserved, socially awkward Adam. The two get along like oil and water. Although Lucas compliments Adam on his cooking, almost everything else he says is a put-down. When Adam has had enough and tries something physical, it doesn’t go well. And a brief side-conversation in a bathroom serves to ratchet up the awkwardness as we become privy to a secret that two of the characters don’t know. But everything changes with a rap on the door around the movie’s midpoint.

If there’s a knock against the movie, which unspools in an economical 90 minutes, it’s that the characters and their relationships are ill-formed. We get bits and pieces during the first half but much is unrevealed. The romantic pairings – Eva and Adam, Lucas and Chloe – don’t gel and underlying tensions (sexual and otherwise) are left unexplored. The twist that propels the second half is effectively jarring, however, and once the movie enters the home invasion territory, it milks the situation for maximum suspense while at the same time hinting that all may not be what it seems to be. Druidic cultists looking like rejects from The Purge? Perhaps not. 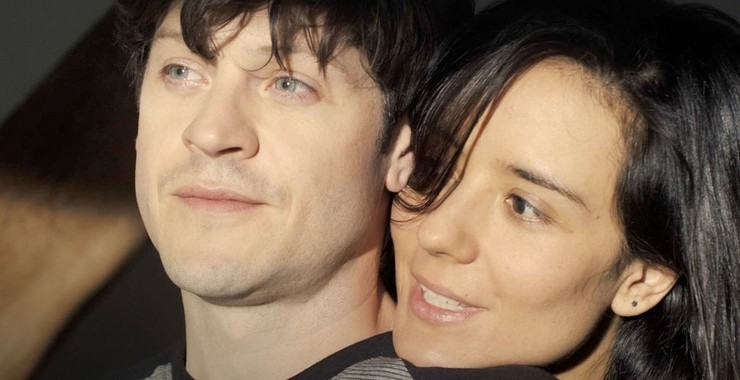 The casting is nothing if not interesting. Since her 2004 breakout performance in Maria Full of Grace, Catalina Sandino Moreno has fashioned a nice career moving between indie movies and TV series. Barbarians illustrates that, despite the passage of 17 years, she remains fully capable of captivating the camera. Like Moreno, Tom Cullen has built his success on the twin pillars of low-profile films and high-profile television (including Downton Abbey and Knightsfall). His performance here is high-energy and his charming smarminess (brilliantly illustrated in the “commercial” that opens the movie) is perfect for the part. Then there’s Iwan Rheon. Admittedly, Rheon isn’t a household name but anyone who watched Game of Thrones will recognize him immediately and that recognition is likely to result in an instant and uncompromising dislike of Adam. The problem with playing a part too well (as he did with Ramsay Bolton in Thrones) is that it can typecast an actor (regardless of how versatile he may be). Whether intentionally or not, the casting of Rheon makes Adam a darker and less palatable individual.

For those on the lookout for a deeper meaning, Barbarians can be seen as a takedown of toxic masculinity, a condemnation of cultural appropriation, and a critique of entitlement. However, although those aspects can be found in the subtext, this is first and foremost a thriller/horror movie that trades in tension and suspense both of the slow-boil kind (during the dinner sequences) and the more traditional form (during the home invasion). Viewed through that lens, Charles Dorfman’s venture into this familiar milieu is sufficiently well-made to make it worth the time. And, unlike too many recent thrillers, it doesn’t overstay its welcome.