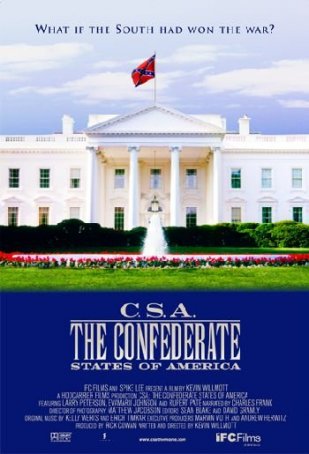 The concept of “alternate histories” has always represented a source of fascination for history buffs and science fiction fans alike. Alternate histories hone in on potential turning points in world events and postulate what might have happened if things went differently. In the U.K., one of the most popular is the “What if Hitler had won the war?” question. In the U.S., it’s “What if the Confederacy had beaten the Union in the Civil War?” That’s the underlying assumption of Kevin Willmott’s 2004 C.S.A., which uses a faux documentary approach to mix and mingle an alternate history scenario with a scathing satire of race relations. Although filmed 14 years ago, the movie’s prescience makes it arguably more relevant in Trump’s America than during the era of George W. Bush.

The mockumentary is presented as an actual TV program, complete with fake commercials. The main program is a “rebroadcast” of a “controversial” British documentary that is critical of current American culture and therefore contains material that may be inappropriate for “children and servants.” From the opening, it is apparent that the movie is going to use the extrapolation of the institution of slavery into the 21st century as a means of commenting on current racial tensions. 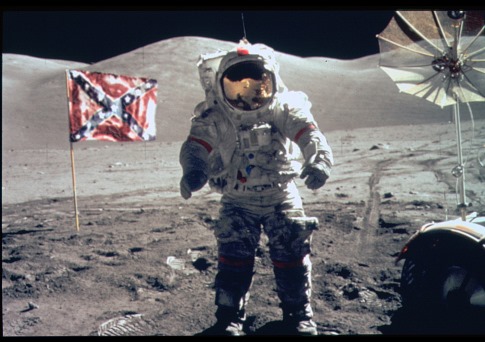 The movie is ultimately more interesting in satire than the presentation of a legitimate alternate timeline. This doesn’t invalidate C.S.A.’s approach but it limits its effectiveness as a sort of Twilight Zone look at the last 150 years. However, although primarily focused on social commentary, C.S.A.’s chronology in the immediate aftermath of the Civil War (and, indeed, through the rest of the 19th century) is reasonable. It addresses the fate of President Lincoln, the reasons why the Confederacy was able to annex the former Union states, and how things evolved from there. By the time it enters the 20th century, however, the historical aspects of the movie become lazy. For example, it postulates a confrontation in the 1960 election between Republican JFK and Democrat Richard Nixon, which Kennedy wins. He is subsequently assassinated because of his abolitionist sentiments. Writer/director Willmott’s intentions by this point are to “tweak” familiar 20th Century moments so they have a slightly different nature without considering whether they would have happened in this re-imagined world.

The meta-documentary parts feature four main figures. The narrator is Charles Frank. Rupert Pate plays Sherman Hoyle, a pro-Confederacy historian/professor. The other talking head is Evamarii Johnson’s Patricia Johnson, an African Canadian woman whose perspective of the Confederate States is understandably different from Hoyle’s. Finally there’s Larry Peterson, whose John Ambrose Fauntroy V is running for president. He’s the direct descendant of one of the most strongly pro-slavery caucuses during Reconstruction. His white supremacist, isolationist views are popular with a large segment of the voting population. 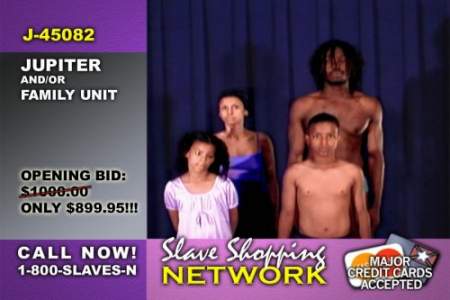 Arguably, the most entertaining parts of C.S.A. are the faux commercials and lampoons of popular movies/TV shows/films. The ads always feature affluent white families with clean-cut, smiling black slaves and hawk such products as the Sambo X-15 Axle Grease, Niggerhair cigarettes, Darkie Toothpaste, and the Coon Chicken Inn (some of these are based on actual items sold in the late 1800s and early 1900s). Leave it to Beaulah is a takeoff on Leave it to Beaver. Northern Wind satirizes Gone with the Wind (romanticizing the Northern pre-war lifestyle).

The film’s goal is to use this over-the-top approach not only to illustrate the dehumanizing aspects of slavery but to present the case for how many of the underlying attitudes of the 19th century continue to flourish long after “equality” has been attained. It’s easy enough to chuckle at some of the fatuous ads and warped re-creations without considering how close-to-the-mark they come.

Although Willmott’s alternate vision for history is dubious at best, it fits his thesis, which isn’t to present a credible revised timeline. The resulting documentary feels almost real like an extended SNL skit or something Christopher Guest might have assembled (although Guest typically goes for bigger laughs). The absurdity of the story won’t be lost on anyone watching, but the real question is whether some viewers will miss the pointed criticism inherent in the comedy. The people who don’t “get it” are, unfortunately, the ones it’s aimed at.  Although offbeat and uneven, C.S.A. is sufficiently engaging to hold the viewer’s interest and provoke discussion (as long as you’re not hoping for a serious look at how a different outcome at Gettysburg could have resulted in a dramatically different 20th century America).