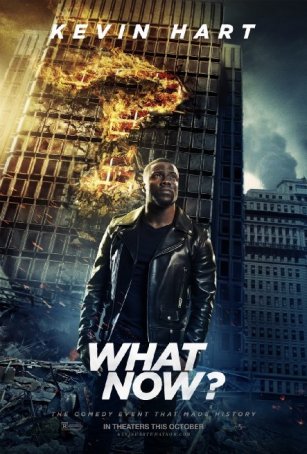 When it comes to theatrically distributed recordings of comedy concerts, Eddie Murphy and Richard Pryor set the bar high when popularizing the genre. Everyone since - and there have been no shortage of contenders - has been striving to measure up. The same can be said of Kevin Hart in the aptly named Kevin Hart: What Now? After performing in front of a live audience 53,000 strong over two August 2015 nights in Philadelphia’s Lincoln Financial Field, Hart achieved a record number of eyeballs - an achievement that may make future stand-up functions anti-climactic. Regardless of where he’s going next, we have this record of where he was a year ago. If he’s trying to match Murphy or Pryor laugh-for-laugh, he falls considerably short. But, as uneven as the movie is, there’s enough hilarity to offset the failed jokes and the lame prologue.

75 minutes of What Now?’s 90+ minute length is devoted to Kevin Hart standing in front of a seemingly endless ocean of people, screaming, running around, and expending an extraordinary amount of energy. The show starts out sluggishly. A bit about an anthropomorphic raccoon isn’t remotely amusing and things don’t  improve once the Tasmanian Devil and a knee-capping orangutan show up. But after the shaky warm-up, Hart really gets going. He broadens his humor and hones his wit.

He bemoans his son’s lack of an “edge.” To illustrate what he means, he tells a story about how, when he and some old school gangsta buddies were reminiscing, his panicked son interrupted them with news of a disaster: the wi-fi had gone down. Later, Hart relates his first trip to Starbuck’s - his bafflement would have made Crocodile Dundee seem at home during his first trip to New York. Then there’s the night he made the mistake of watching The Conjuring right before bed. By the time he reached the punch-line, my sides were hurting. 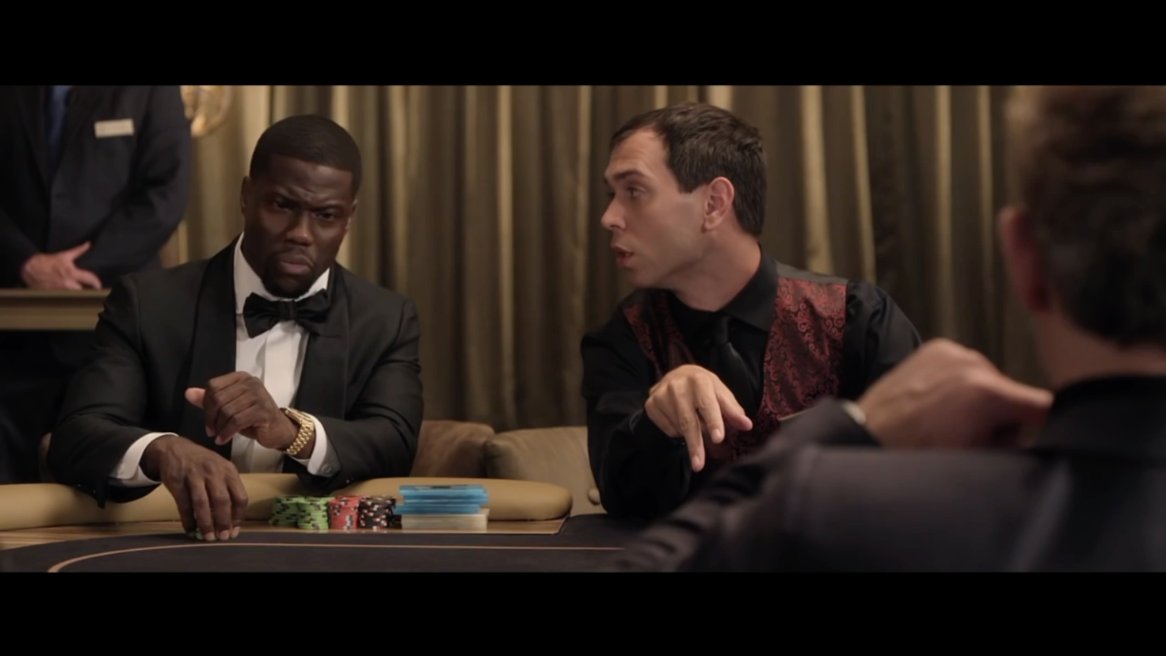 For some reason, Hart elects to open the movie with a lazy James Bond parody that, although running only 15 minutes, seems to go on forever. (This mimics the format of Eddie Murphy: Raw, which used a short sketch to set up the stand-up.) Featuring guest appearances by Halle Berry (as “Miss Money Berry”) and Don Cheadle (as “The Don”), the segment should have been excised from the theatrical cut and left as a DVD extra. There are some amusing moments (such as Hart’s heated exchange with Cheadle) but the whole thing feels extraneous and gets the proceedings off to a bad start. Combined with the subpar first 15 minutes of the show, What Now? demands patience. It gets better - a lot better, in fact - but there’s a price to be paid to get to the good stuff.

One of the biggest hurdles encountered by any recorded stand-up performance is that the theatrical audience loses the energy that comes with being there. Clear, close-up visuals don’t compensate. Everything works better live if the audience is in the mood. And, with humor being subjective, it’s understandable how two people can see What Now? and react differently to the experience. The demands of cinema are different from the demands of a live show and there’s only so much a director (in this case, Leslie Small, who has a long history of filming star-studded stand-up performances) can do the bridge them.

I can’t determine whether an individual viewer will find the material funny. Those who love Hart in particular or his style in general will likely warm quickly to this. Those who prefer kinder, less profane comedy may find it tough going. (Anyone remember the epic Siskel & Ebert knock-down during their review of Eddie Murphy: Raw?) I smiled more often than I frowned and there were times when I laughed hard. In my estimation, the movie did its job, so I recommend What Now? with the necessary and expected qualifications. You probably don’t need a review to know whether this film will work for you.