The scenario presented in Captive State would almost certainly have worked better in a mini-series format. The filmmakers’ low-budget approach of minimizing special effects might have allowed for an expansion of the narrative over a six or eight-hour span. In addition to providing for better world-building and character development, this would have reduced the chaotic, overstuffed feeling that represents an impediment to appreciating what the film has to offer. Captive State is a messy, incomplete affair. Attempts to assemble it into a workable package in the editing room didn’t work, so we’re left with a weird cross between District 9 and The Battle of Algiers that doesn’t do either of those apparent inspirations justice.

Captive State opens with a clumsy exposition dump setting up the situation. In the near-future, Earth has become the target of an extraterrestrial invasion. Unable to repel the aggressors, the nations of the world have capitulated, setting up shell governments that report to local “legislators” – aliens sent down from the mother ship to rule. All across the globe, major cities are redistricted to created “closed zones” that represent the seats of the invaders’ power and a prime target for insurgents. 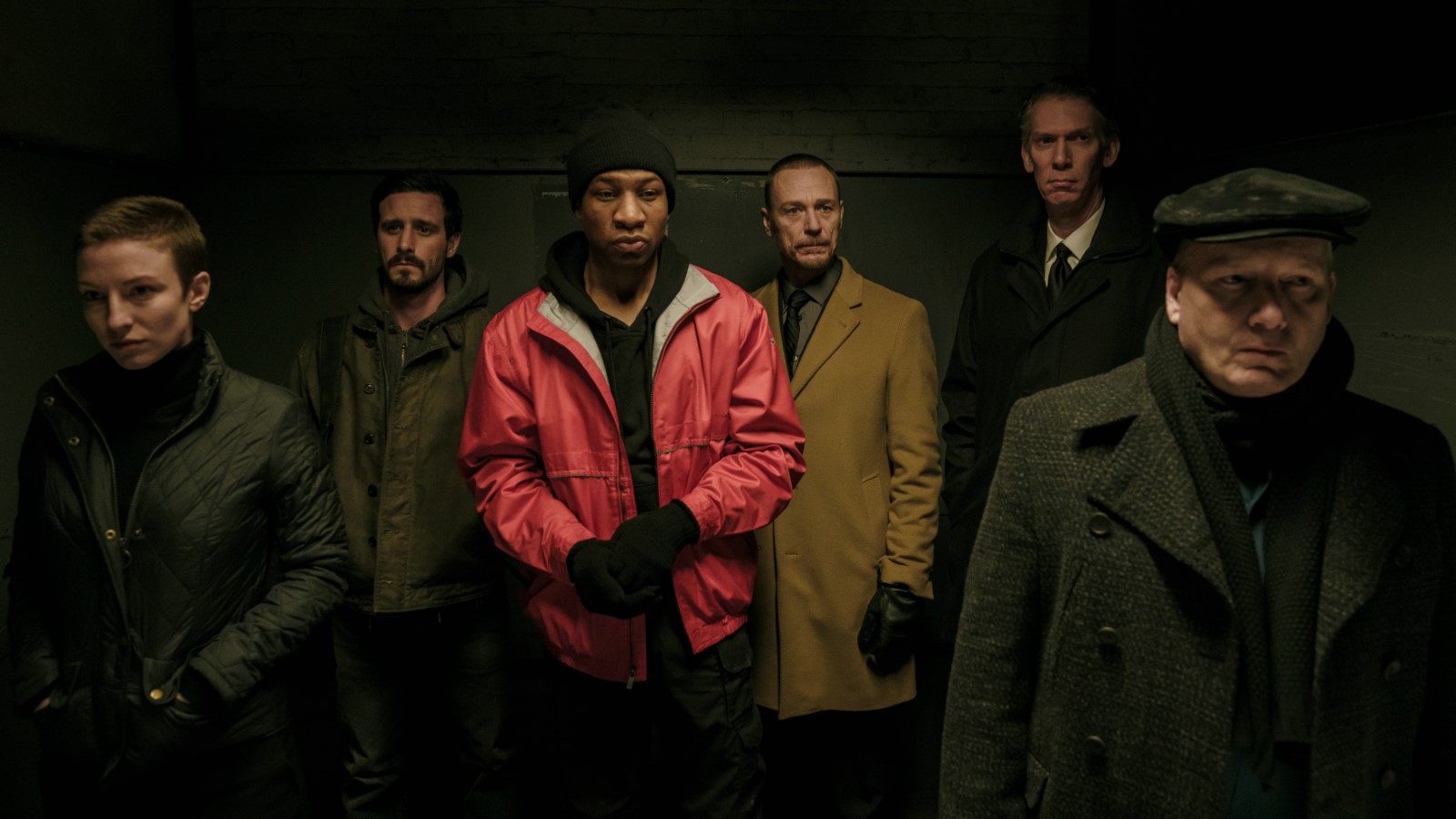 The main story, set in Chicago, focuses on the efforts of a terrorist cell to assassinate the local legislator and penetrate the closed zone. It also follows the dogged investigation of the police chief (John Goodman) to identify, interrogate, and execute the members of the cell. There’s a time element involved – unless the chief can eliminate the danger to the invaders, the aliens will be forced to take the draconian action of wiping an entire section of the city off the map – thereby removing the threat along with thousands of innocent civilians.

Captive State uses conventional action set pieces (chases in particular) to compensate for the limited but effective special effects. (The aliens rarely appear but, when they do, they are competently rendered, if somewhat generic in appearance.) Darkness reigns supreme in this post-apocalyptic world – I don’t recall much in the way of sunshine or bright light. Director Rupert Wyatt is able to maintain a certain level of tension throughout even though the narrative is sometimes too obtuse to be followed.

Unfortunately, character development is perfunctory and unsatisfactory. We’re watching a bunch of pawns on a filmmaker’s chessboard. They are moved around to suit the plot’s needs. Beyond the obvious, their motivations are inscrutable and their histories are irrelevant (although there’s one quick clip toward the end that explains a few things). The main characters – John Goodman’s police chief and resistance leader Rafe Drummond (Jonathan Majors) and his younger brother, Gabriel (Ashton Sanders) – are cyphers. The film’s lack of relatable personalities is a drawback because, regardless of how talented Wyatt may be in shooting the ugliness of this dystopian city, he doesn’t give us any reason to care about the people who live there. When a character dies, we shrug because, despite being played by a “name” actor, they are interchangeable with everyone else. In order to cram the entire story into less than two hours (the actual running time is about 110 minutes), far too many sacrifices are required. These hurt the integrity and continuity of the narrative. Everything feels rushed – this is more the result of incorporating too many subplots than a conscious decision by the filmmakers with regard to pacing. The ending is unsatisfying, applying a “tell-don’t-show” approach to extending the story. (It reminded me of the conclusion of Rise of the Planet of the Apes, which was Wyatt’s contribution to the series.)

The vision embraced by Wyatt and his co-writer/wife Erica Beeney is solid. Allegories about human beings fighting back against stronger, more technologically advanced overlords are a science fiction staple and, although Captive State doesn’t add any new twists, it has the requisite elements. It also feels timely without being too forthright in its commentary about contemporary political circumstances. Time constraints, however, preclude the production from achieving critical mass and, although I was never bored, I was at times confused and unmoved by the plights of either the “criminals” or their pursuers.