Godzilla 2000, which was released in Japan in December 1999 and in the United States eight months later, is production company Toho's reaction to the Dean Devlin/Roland Emmerich 1998 Godzilla. This movie represents Toho's attempt to salvage their most durable, bankable product and re-package it for a new series of movies whose special effects are sporadically good enough to stand toe-to-toe with the American version. As is typical of a Godzilla movie, the plot is extremely silly, but one sort of has to take that as a given and sit back to enjoy the film on its own terms. Seen in that light, Godzilla 2000 represents solid, campy, escapist entertainment.

It has now been more than six decades since Godzilla made his first screen appearance in 1954's Godzilla, King of the Monsters, a black-and-white monster movie that doubled as an allegory about the dangers of nuclear technology. Over the years, there have been in excess of two-dozen Godzilla outings, many of which would give Ed Wood a run for his money. The first Godzilla was conceived as a serious cautionary tale, but, with titles like King Kong vs. Godzilla, Destroy All Monsters, and Godzilla vs. the Smog Monster, it became impossible to regard the series as anything but high camp. The target audience of many of the '60s and '70s Godzilla movies appears to have been 10-year old boys (that's about how old I was when I devoured these movies on Saturday afternoons) - anyone older would have ruptured something laughing.

In the early '80s, Toho recognized that Godzilla had turned into an international joke, and, in an attempt to reclaim some of the Big Green Guy's respectability, it re-invented the Godzilla series by ignoring all of the previous movies except the original. The new series, which began in 1984, contained seven entries, the last of which (Godzilla vs. Destroyer) was released in 1995. These movies, all of which but the first (Godzilla 1984) received direct-to-video U.S. distribution, were fatuous, but did not descend as far into camp as their predecessors. Then came the 1998 American version, which featured an imposter. At the turn of the century, Toho again pressed the "reset" button, erasing all but one of the previous films (the exception being the original), thus cleaning the slate for Godzilla 2000. 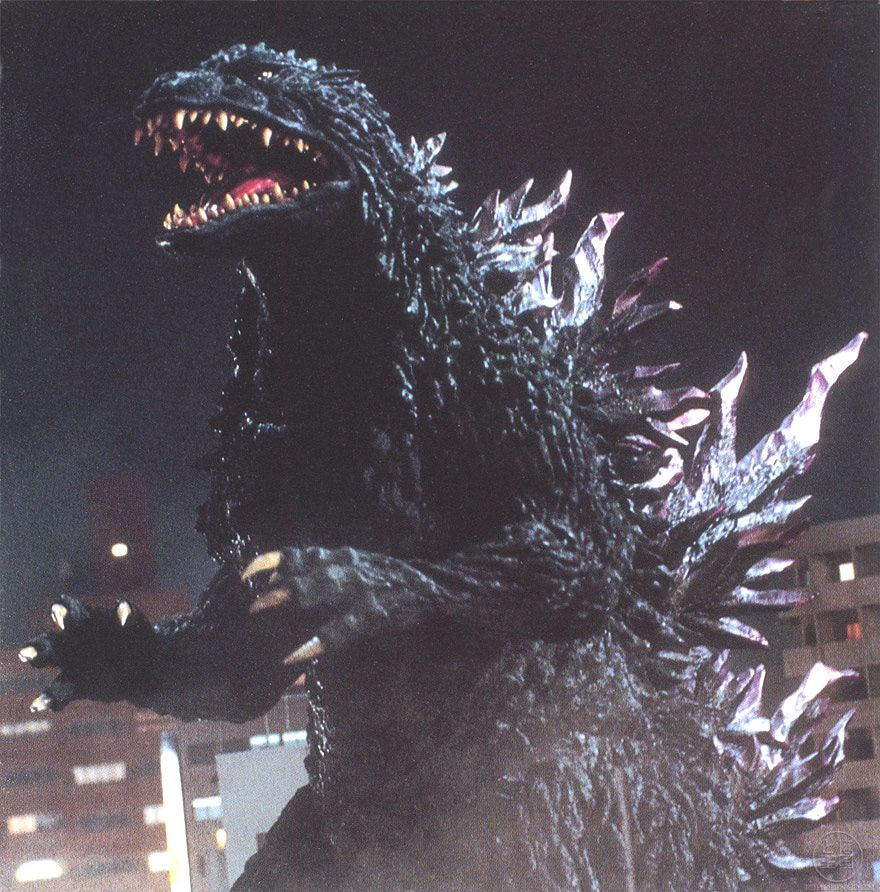 In a way, Godzilla is like James Bond, although he's bigger, scalier, meaner, and has worse breath. Like Bond, Godzilla has been around for a long time, and, also like 007, he has undergone a number of incarnations. Both series have millions of devout adherents who will see whatever comes out featuring their hero, and will argue the merits of each movie until they're blue in the face.

The American editions of previous Godzilla movies have occasionally been heavily edited from their initial Japanese versions. Footage of Raymond Burr in the 1954 and 1984 films was only seen in the English-language prints. Likewise, other early pictures (such as King Kong vs. Godzilla) contained talking heads sequences with American actors. In general, these changes were to the detriment of the original, because they were poorly written, horrendously acted, and served primarily as momentum stallers. For Godzilla 2000, TriStar largely adopted a hands-off approach. The voices are dubbed (rather than subtitled), but what would a Godzilla movie be without the mismatched lip synching? Other than that, however, the U.S. issue appears to be the same as its Japanese counterpart.

The basic story will sound pretty familiar to those familiar with any of the other Godzilla movies. The Not-So-Jolly Green Giant (who actually seems a little shorter in this version than in his previous incarnations) goes on a rampage, gleefully stomping a Japanese city while humans try in vain to stop him. Meanwhile, an alien spacecraft has surfaced after an extended period under the sea. It eventually comes into contact with Godzilla, which results in a short-but-sweet battle sequence. Later, after a half hour's worth of Godzilla-less exposition and action scenes and an homage to Devlin & Emmerich's Independence Day, the spacecraft metamorphoses into an ugly monster of about Godzilla's size and engages our hero in a no-holds-barred grudge match. In the end, when one character philosophically wonders about why Godzilla always seems to help humanity, his conclusion (the last line in the movie) is enough to send even the most dour viewer into paroxysms of laughter.

Godzilla 2000 uses the Godzilla formula effectively. The human beings are rather inconsequential, the dubbed, Americanized dialogue is frequently hilarious, the battle sequences are impressive, and the expository/character building sequences are kept to a minimum. Godzilla is more majestic than ever (although he's still a guy in a monster suit). In fact, his introductory scene, where he chomps on a ship then menaces a car in a tunnel, is handled impressively. The special effects are a leap forward for Toho. Although there are still some cheesy instances when it's obvious that models are being used, there are enough impressive moments to counterbalance the sillier ones. As for Godzilla himself, he is presented as more of the force of nature he represented in the first movie than the champion of Earth he eventually turned into. This Godzilla isn't out to save humanity; he's trying to ensure his own survival.

Godzilla 2000 was directed by Godzilla veteran Takao Okawara. As the man behind the camera for three of the '90s movies, he knows a thing or two about how to put together an effective Godzilla picture. Despite erasing all past history, this movie doesn't attempt anything revolutionary. Okawara knows his audience and, understanding what they want, he delivers. The resultant product could be deemed a failure by those who apply traditional filmmaking standards, but Godzilla 2000 is definitely in the "so bad it's good" category. As for whether it's worth seeing... If you have enjoyed any of the previous Godzilla outings, it's a pretty good bet that Godzilla 2000 will be up your ally. If not, this is one big green lizard to avoid.