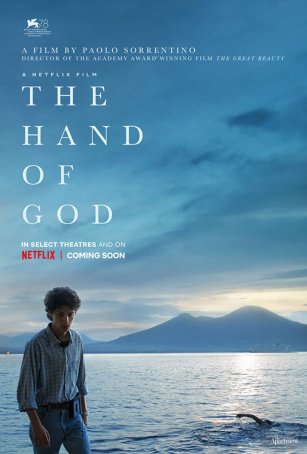 The Hand of God is a coming-of-age story drawn from the memories of Italian writer/director Paolo Sorrentino. Infused with elements of nostalgia, it looks back wistfully at the last years of his youth spent in Naples during the mid-1980s. Although uneven, the movie effectively captures the lead character’s viewpoint, presenting events through the lens of someone who lacks the maturity to put everything into perspective. The Hand of God is at times amusing, at times sad, at times fantastical, and always heartfelt. The narrative sputters during the final third as Sorrentino wrestles with the finding the best stopping-point.

When the movie started, I thought I was watching the wrong film. For roughly the first ten minutes, The Hand of God provides a good imitation of an artsy horror film, with a busty woman, Patrizia (Luisa Ranierei), being taken to a mysterious locale to meet “The Little Monk.” Although only tangentially related to the main story, the opening is a cheeky way to pull the viewer into a story in which Patrizia features only as a minor character. We soon learn that The Hand of God focuses on the life and experiences of Fabietto Schisa (Filippo Scotti), an older teenager who’s trying to transition from childhood to being an adult and having difficulty with the process. He’s a bit of a loner, having no friends or girlfriend. He dreams of becoming a filmmaker but isn’t sure how to go about it. He is close to his parents, Saverio (Toni Servillo) and Maria (Teresa Saponangelo), and lives with them and his two siblings, brother Marchino (Marlon Joubert) and sister Daniella (Rossella Di Lucca, little seen because there’s a running joke about the character always being in the bathroom). Fabietto’s passion, like that of everyone else in his family (and, by extension, the entire town) is soccer and, when superstar Diego Maradona signs a big deal to play for the Napoli team in 1984, it marks a memorable moment in the young man’s life. 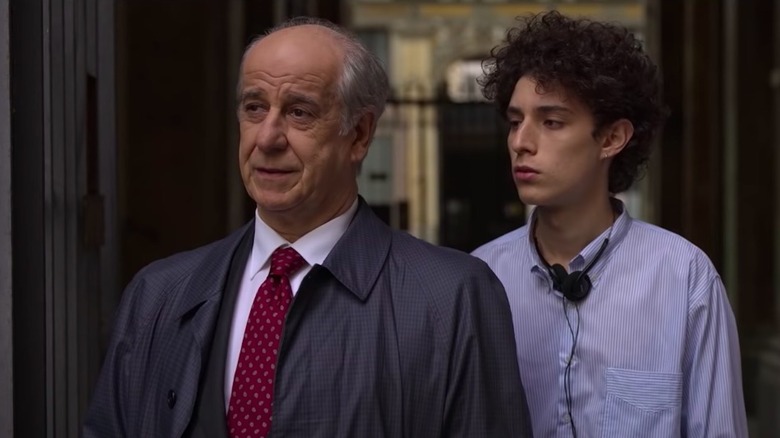 The art of a motion picture memoir is to recapture the essence of the past without overly romanticizing it. There’s no doubt that The Hand of God is idealized but there are enough darker moments to keep it from becoming too fanciful. The movie is episodic, capturing key moments from this formative time in Fabietto’s life. Filippo Scotti, who bears a passing resemblance to Timothee Chalamet, gives a solid, earnest performance – all the more impressive since this is his first time in a leading role in a feature film. The movie requires the full range one might expect from a teenage boy, where the peaks are higher and the valleys are lower than at any other time in life.

Considering the nature of the film, Sorrentino unapologetically employs the “male gaze” for several scenes featuring actress Luisa Ranieri. In one, one breast has escaped from her shirt and hangs freely. In another, she lies naked on the deck of a boat, sunbathing. In both instances, Fabietto looks on, getting his first taste of the “forbidden fruit.” Neither scene is gratuitous, however. The important element isn’t Patrizia’s nudity but the awkward-yet-eager manner in which Fabietto reacts to it. 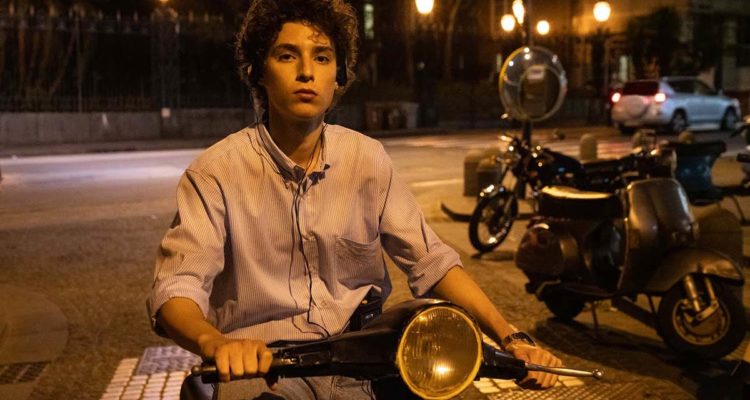 It’s unsurprising and intentional that the film’s storytelling methods and style evoke Fellini (Amarcord in particular). The great Italian director makes an appearance (speaking from off-screen), although it’s another filmmaker, Antonio Capuano (Ciro Capano), who becomes Fabietto’s mentor when he takes his first tentative steps toward movie-making. (Sorrentino co-wrote Capuano’s 1998 movie, The Dust of Naples). Sorrentino offers the audience numerous rapturous tracking shots, including one at the beginning that establishes the setting from the air (either by helicopter or drone). And, although Fabietto is rarely seen without a ubiquitous Walkman (earphones draped around his neck), The Hand of God doesn’t rely on ‘80s music to set the stage or mood.

The meandering nature of the screenplay causes the movie to seem overlong as it noticeably loses momentum following a key coming-of-age moment. The episodes that follow don’t seem as fully realized as the ones that come before and, by the time The Hand of God ends, it’s floundering. On the whole, however, this is a charming and at times moving reminder of what it meant to be young in the 1980s.