I have always felt that Fellini is an acquired taste, and it’s one for which I never developed a ravenous appetite. While I value the director’s flamboyancy, his work has never connected with me in the same way as the output of many of the other great filmmakers of the ‘60s. Nevertheless, the older I get, the more I relate. Perhaps that’s because many of Fellini’s films are about memories (the name Amarcord means “I remember”) and one’s appreciation of reminiscences increases with the passage of years.

Amarcord, like many of the director’s films, uses his past as a springboard for his art. Although he denied that it was autobiographical, the collage of vignettes and incidents has a “lived in” feeling that comes only from experience. Of course, Fellini exaggerated many of the incidents and characters for comedic effect but Amarcord retains the gauzy, affectionate aura that cocoons memories. The last of the director’s great films (although he would continue to make movies for another 17 years, the post-Amarcord films were celebrated more for being Fellini than for being great movies), Amarcord is also his most personal. 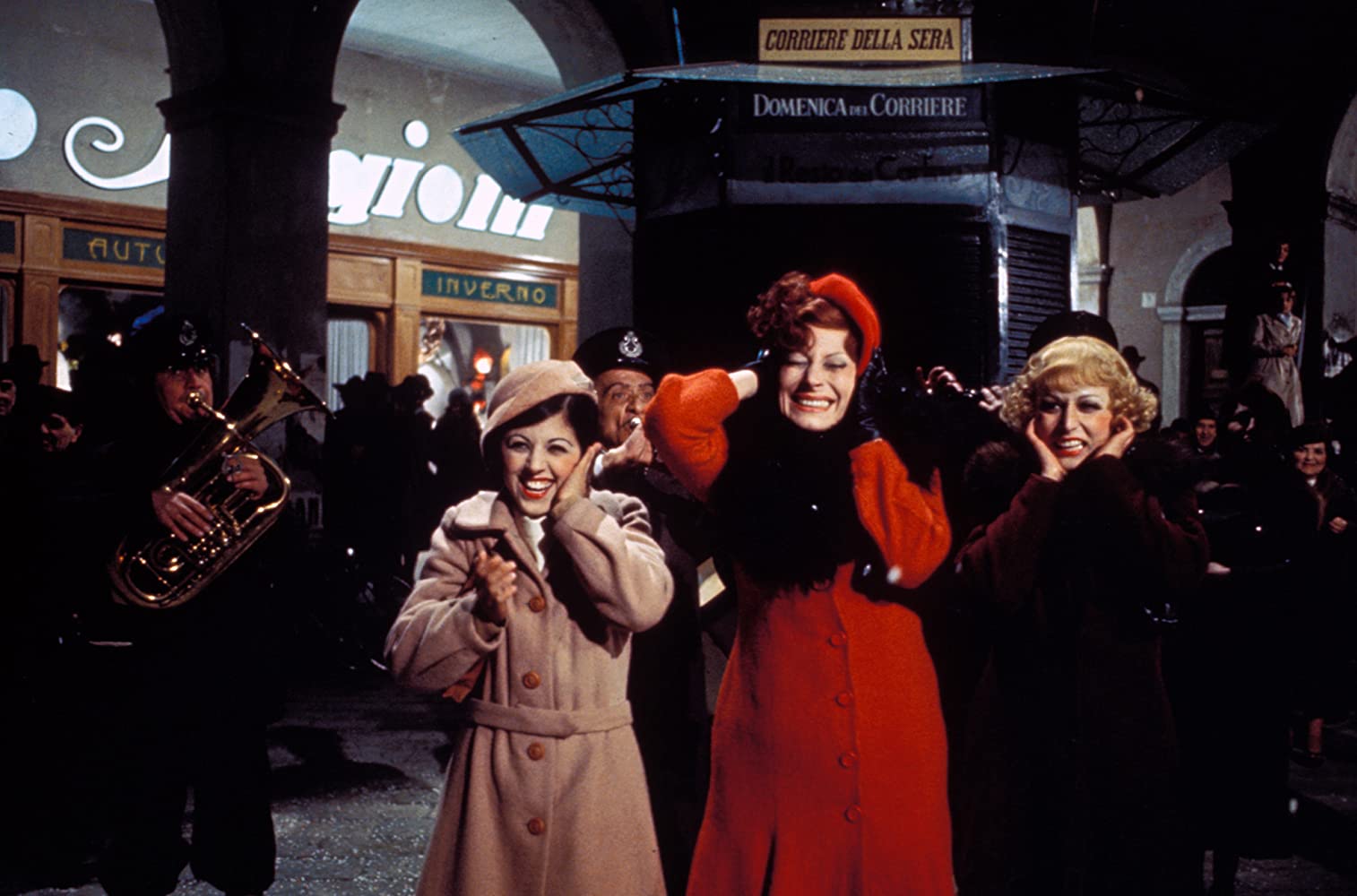 The main character isn’t a person, it’s the coastal northern Italy town of Rimini in which the various episodes transpire. The year is 1932 (although it’s never explicitly stated, the appearance of the SS Rex on its maiden voyage establishes the date). Mussolini is almost universally revered, Italy has slipped into fascism, the Church’s role in everyday life is paramount, and the storm clouds of World War 2 have not yet begun forming on the horizon.

Amarcord is constructed as a series of episodes during the course of a year. It begins with the arrival of the “puffballs” (a sign of spring) and ends with the same event four seasons later. In between, we meet a variety of the oddball characters inhabiting the village. Many of the stories focus on teenager Titta (Bruno Zamin) and his family - his socialist father (Armando Drancia), Aurelio; his put-upon mother (Pupella Maggio), Miranda; his sly grandfather (Giuseppe Lanigro); his uncles, Lallo (Nado Orfei) and Teo (Cicco Ingrassia); and his brother, Oliva (Stefano Proietti). There’s also the local beauty, Gradisca (Magali Noel); the buxom tobacconist (Maria Antonietta Beluzzi); and the wolf-like prostitute La Volpina (Josiane Tanzilli). 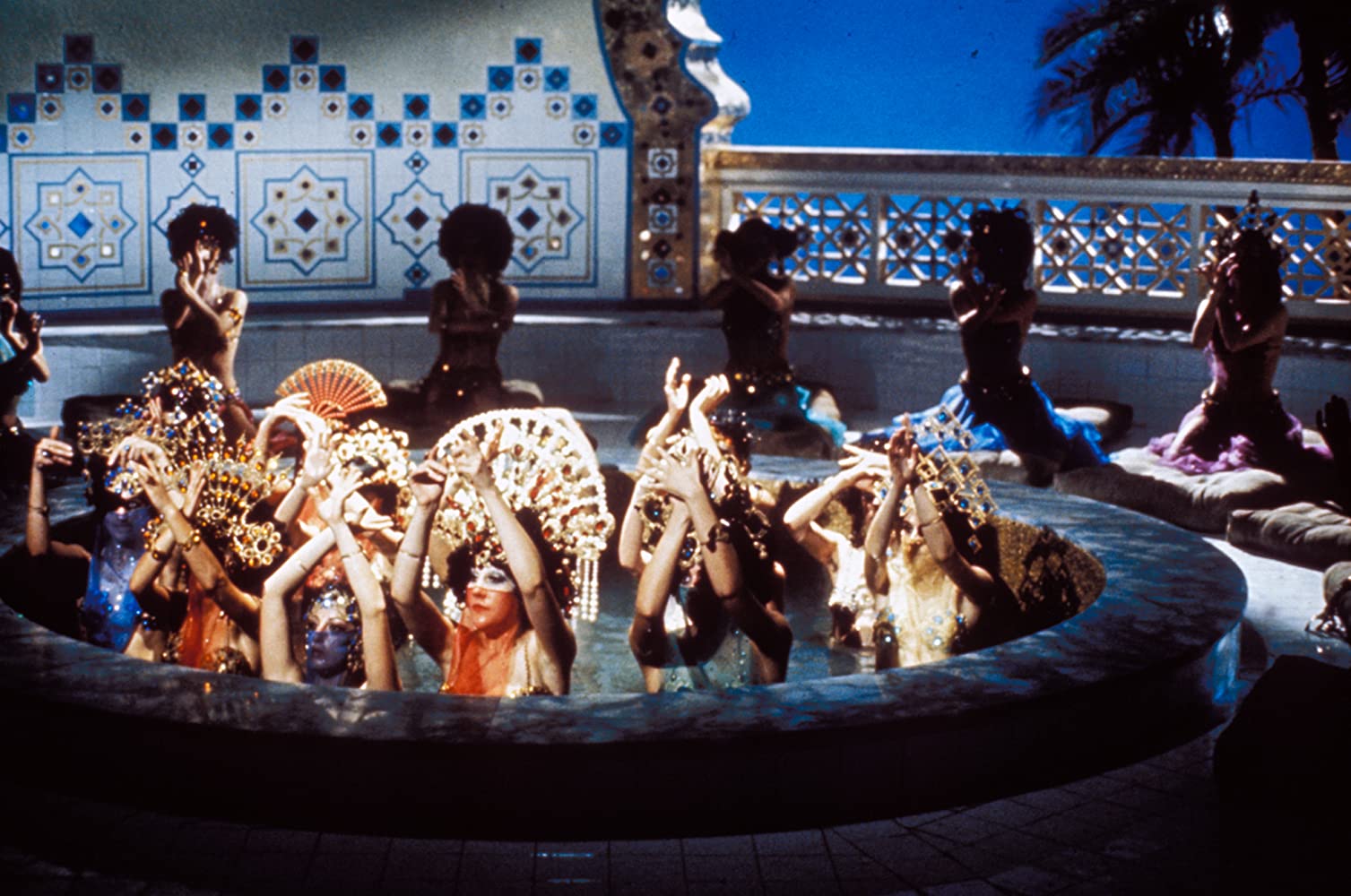 Fellini moves unhurriedly through the calendar year. After the arrival of the “puffballs,” he focuses on an annual rite of spring: the town bonfire. He then takes us into the school, where we witness the pranks of students and the obstinance and narcissism of teachers. The Grand Hotel becomes the location for fantasy sequences. Uncle Teo comes home from the asylum to pay a visit and, predictably, causes chaos. By the time winter arrives, with the biggest snowfall in recorded history, Titta must face a personal crisis. The film concludes with Gradisca’s marriage accompanying the promised return of warmer weather. 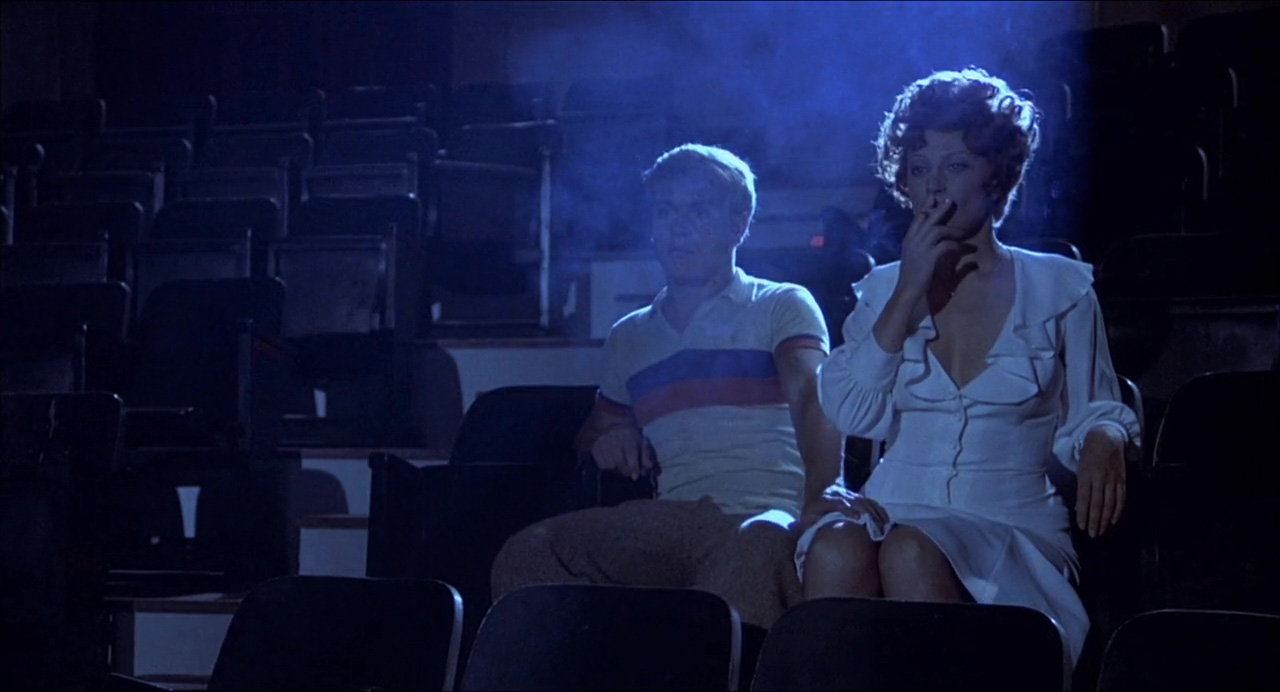 Outside of Miranda’s death, little of consequence happens during the course of Amarcord. This is intentional. Fellini’s goal wasn’t to tell an epic story about life in interwar Italy but to focus on nostalgia and offer a pointed commentary about the insidious nature of fascism. He does this not only with broad satire (such as the parade and the huge “head” of Mussolini) but in the more subtle nods toward the minute compromises made in everyday life. He sampled exaggerated caricatures from his memories, sprinkled them with fantasy, and provided a warm and vibrant portrait of a place that never existed in the real world but is easy to envision as it unfolds on screen. He also spoke his own lines as part of the voiceover narrative.

The style for which Fellini has become famous was fully evolved by the time he made Amarcord and it informs the movie’s most visually striking sequences. Paramount among them is the snowstorm, which effectively captures the excitement and wonder that accompanies the arrival of winter weather. The eventual result – a veritable catacomb of walkways cut into head-high mounds of snow and capped off by the unlikely arrival of a peacock – offers the kind of imagery that lodges itself in the memory. Equally unforgettable is the scene in which Titta awkwardly discovers what the tobacconist has been hiding under her blouse. (As we know from this and other films, Fellini appreciated the female chest. When Roger Ebert made the following comment, “Fellini was more in love with breasts than Russ Meyer,” it was only partially intended to be tongue-in-cheek.) 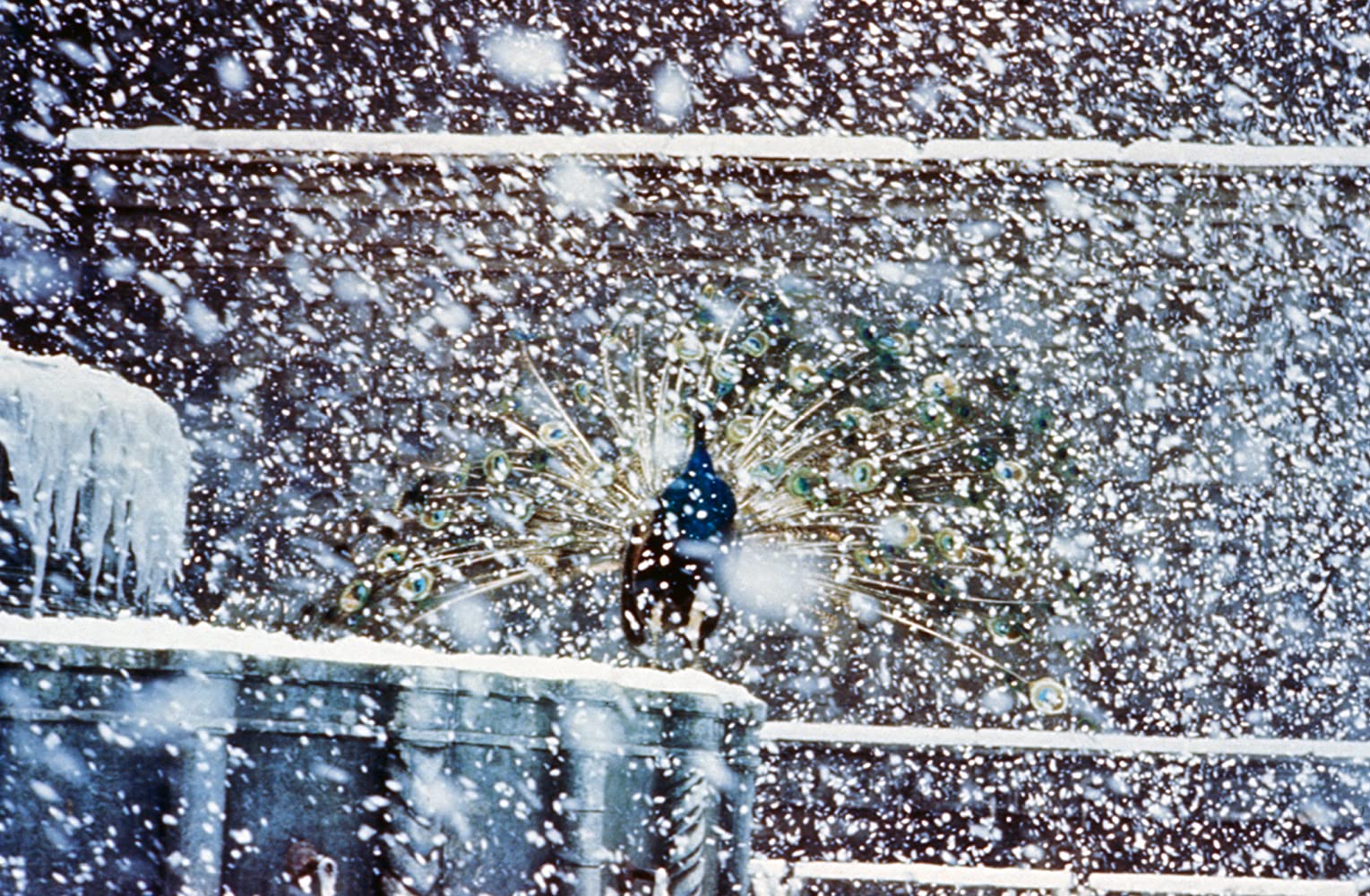 The movie doesn’t invite strong character interaction because there are so many people to keep track of. Titta is more often than not the focus but it would be incorrect to call him the “main character” or to assume that he is fully formed. Fellini is interested in the townspeople as a collective, not in any individuals. For that reason, Miranda’s death generates little in the way of an emotional reaction. The film’s gentle comedy hasn’t translated well across the decades. It’s easy enough to tell when things are intended to be funny but less likely that current audiences will laugh at them.

Amarcord, made in the wake of such successes as La Strada, Nights of Cabiria, La Dolce Vita, 8 ½, and Roma, capped off two decades of unqualified success for the director. Created and released at a time when international cinema was changing (Jaws would be released less than a year after Amarcord’s U.S. run), Fellini was forced to adapt and the influence of money and mainstream appeal no longer accorded him the artistic freedom to make anything quite as odd and reflective as Amarcord. The film exists as a reminder not only of a time when filmmakers had more latitude than they have had at any time since but of the types of production that would find little traction in today’s vastly changed cinematic marketplace.