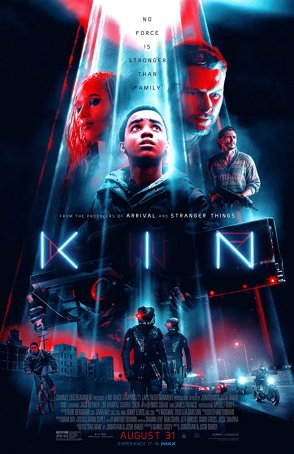 Spoilers abound! Beware if you care.

It’s rare to find a film as discombobulated as Kin, a would-be franchise-starter that begins as a dysfunctional family drama, changes into a road movie, and concludes as a science fiction-tinged siege film. With apoplectic tonal shifts likely to engender whiplash, Australian brothers/co-directors Jonathan and Josh Baker quickly lose control of their story (which began life as a 2014 short, “Bag Man”). At times dull and plodding and at other times cartoonishly silly, Kin rarely works and, when it does, it’s often for the wrong reasons. It’s a mess with an unforgivable deus ex machina resolution that not only ends the film but opens the door with the promise of additional installments (none of which will ever be made). The open-endedness of the conclusion causes frustration because the most interesting elements of the tortured narrative remain untold.

Kin opens by introducing the members of the unhappy Solinski family: single father Hal (Dennis Quaid) and his two sons – 14-year old Eli (Myles Truitt – one of the few good things the film has to offer) and 21-year old ex-con Jimmy (Jack Raynor). The movie spends an inordinate amount of time building bonds and exploring fissures, which might have been interesting if this aspect had been treated as more than obligatory setup. We soon learn that Jimmy is $60K in debt to a loan shark, Taylor Balik (James Franco, still channeling Tommy Wiseau) and Taylor isn’t the forgiving type. To get the money, Jimmy accompanies Taylor to Hal’s office where they cooperate in robbing a safe. Unfortunately, Dad shows up at an inopportune time and ends up dead. Not a bad gig for Quaid, who gets good money for a few days’ work. 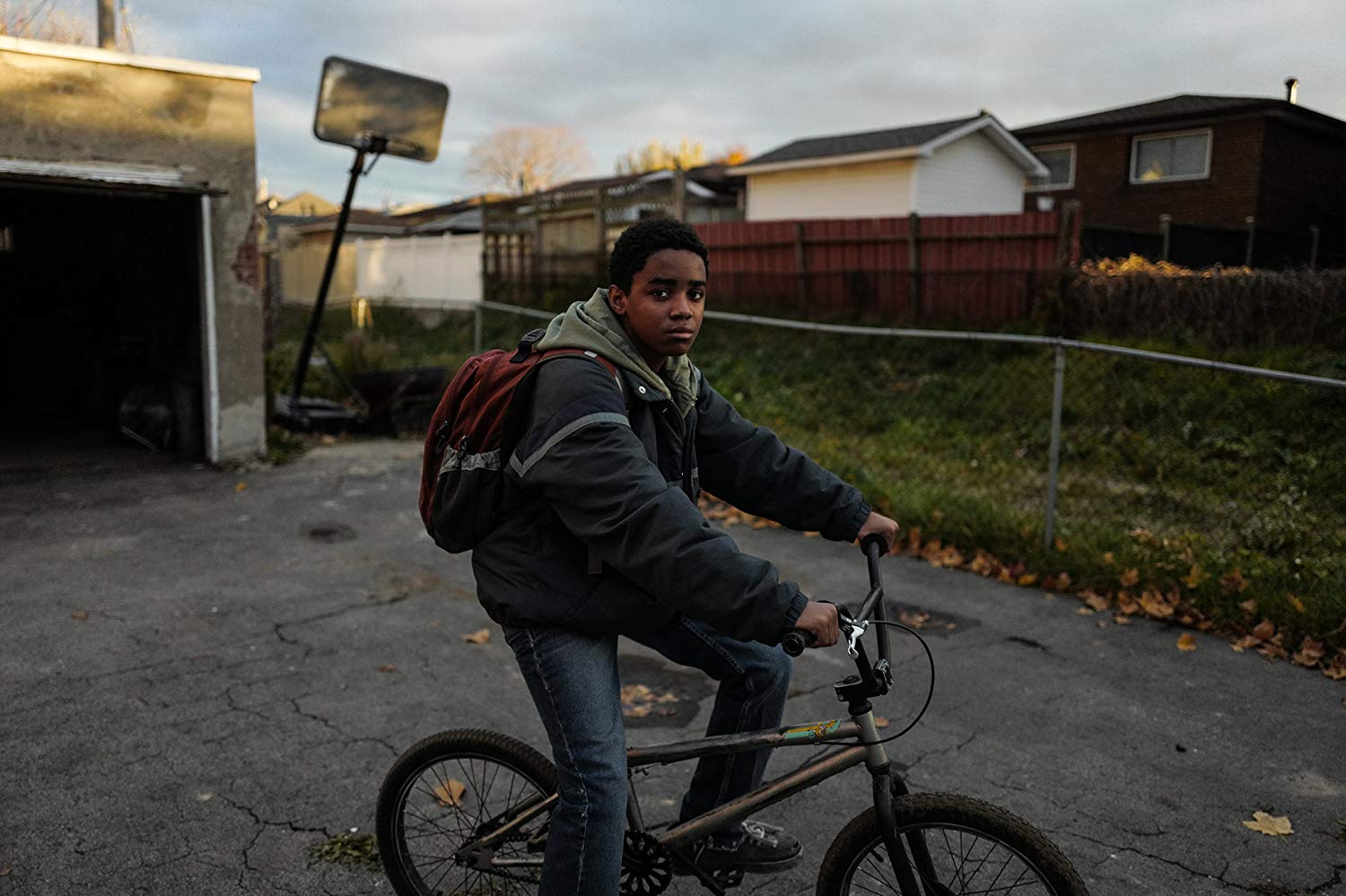 Part two of Kin follows the Jimmy and Eli road show, which is standard stuff for two brothers making their way across country in a pickup truck. Along the way, they pick up a stripper (Zoe Kravitz) and she hangs out with them at least as far as Lake Tahoe. (This being a PG-13 movie, Kravitz becomes the latest Hollywood stripper to remain fully clothed while performing – which we all know is the standard operating procedure in strip clubs.) Eli also gets to play with a space weapon he found in a derelict warehouse back home – some sort of futuristic ray gun that packs a punch. When he activates it, it acts like a homing beacon for the soldiers who are on Earth looking for it. The road trip ends when Jimmy and Eli are arrested and taken to the police station. That’s when Taylor and his posse arrive and, Terminator-style, start mowing down cops to reach their quarry. But wait…I haven’t even gotten to the science fiction stuff…

As hard as the movie tries to develop the characters, the result is lackluster. Jimmy is a hotheaded punk who steadfastly refuses to take responsibility for his actions, yet the movie approaches him with sympathy. Eli goes off the rails when this basically good kid, who has never committed any serious crime, thoughtlessly blows away a few bad guys without a moment’s hesitation or remorse. The lack of psychological depth in this scene is shocking, even for an action/adventure popcorn movie, especially when one realizes the directors expect us to be cheering the killings. Yes, that’s right, the Bakers want the audience to hoot and applaud a 14-year old using a ray gun to blow people away. 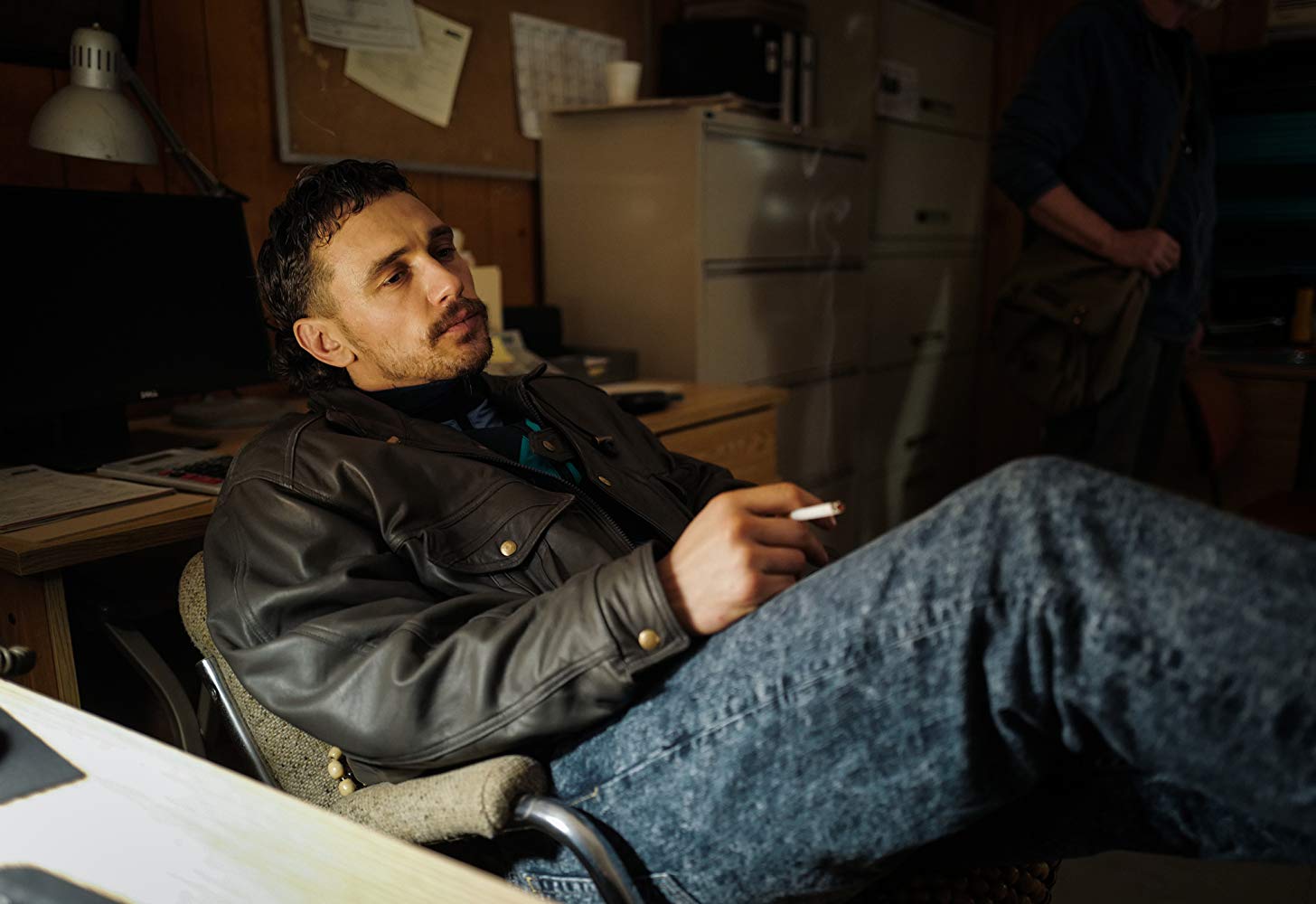 The messy ending offers three elements that put Kin far beyond hope of redemption or watchability. There’s a deus ex machina. Yes, it has been foreshadowed but it still feels cheesy. There’s a lengthy exposition dump that doesn’t clear up much. And there’s the promise that the story has only just begun and there’s a lot more to come. (This is one of my pet peeves: hooking a viewer with the first chapter of a story that will never be completed.)

Although not completely waving the white flag and going for a VOD release, Summit Entertainment recognizes the film’s lack of box office potential. Kin is being weakly marketed and is opening during one of the lowest-traffic theatrical weekends of the year. Its financial failure is preordained but, for something this scattershot and fundamentally unsatisfying, that’s nothing less than what it deserves. Astronomically speaking, the “Dog Days” are so named because of Sirius. Where movies are concerned, titles like Kin reinforce that nomenclature.