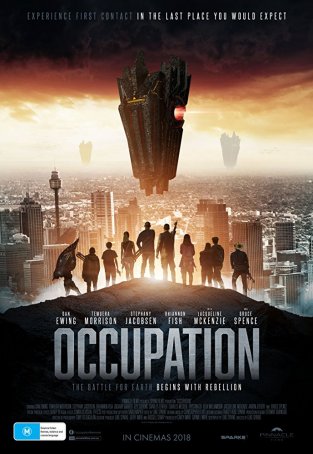 Occupation accomplishes the previously unthinkable: an alien invasion film that makes Independence Day look smart. A so-bad-it-has-to-be-seen-to-be-believed motion picture (not that I recommend subjecting oneself to the experience), Occupation takes stupidity to a new level by crafting a story that makes no sense from start to finish and incorporates every imaginable cliché into the mix. The ending is stunningly idiotic in its blatant denial of basic logic, but that’s not a huge departure from the rest of the movie. Watching Occupation is a chore because, despite a surfeit of pyrotechnics, there are no characters sufficiently developed to be worth caring about and no suspense in any of the chaotic and badly choreographed battle sequences.

The movie falls into the “bad aliens invade Earth because they need a new home” category. Given the obviously advanced technology of this race, it’s questionable why they would resort to a ground assault on an out-of-the-way hick town in Australia (not to mention how they could transport millions across countless light years of space). Obviously, these aren’t things we’re supposed to think about. It’s not as if previous science fiction films haven’t been built on a similarly shaky foundation, but none of them were any good, either. Alien invasion films are a dime a dozen but credible alien invasion films are few and far between. Occupation is one of the worst we’ve seen in a long time because the filmmakers are more concerned about visual razzle-dazzle and cinematic “moments” than a coherent story with flesh-and-blood characters. It’s the Hollywood mentality without the Hollywood skill.

Director Luke Sparke, whose lone previous credit was something called Red Billabong, loves his slow-motion. Toward the end, there are shots of practically every character running toward the camera in slow-mo while things explode in the background. This lack of innovation is epidemic in Occupation, where Sparke steals shot angles and approaches from seemingly every ‘80s and ‘90s action film and cobbles them together in a fashion that is equal parts chaotic and derivative. His story, which he co-wrote with Felix Williamson, is a patchwork featuring reluctant heroes, reformed anti-heroes, friction among the protagonists, heroic deaths, and tough guys always ready with one-liners. 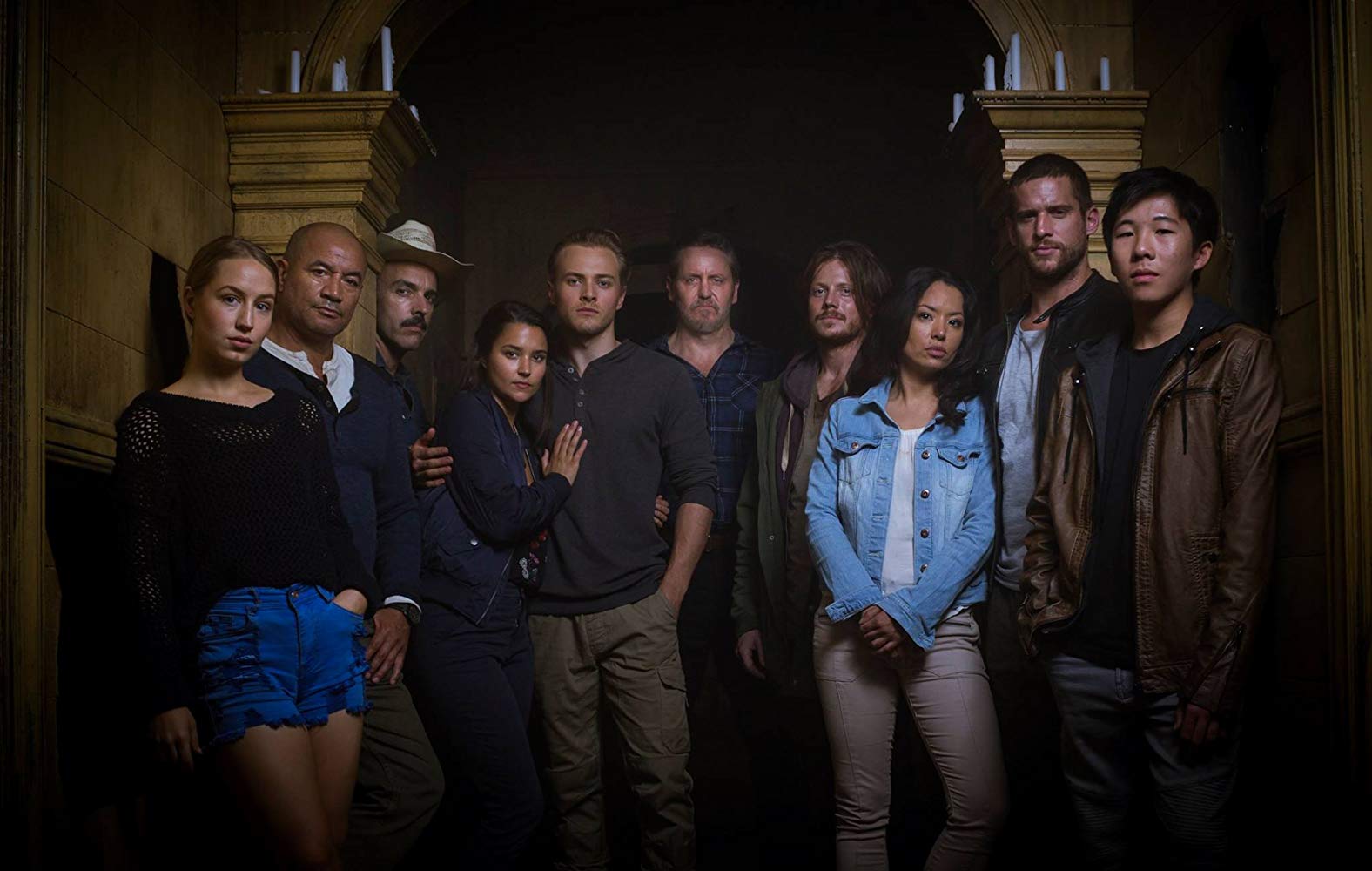 The movie begins with 20 minutes of getting-to-know-you material. In rapid-fire fashion, we’re introduced to the group of characters the movie will follow. They include Matt Simmons (Dan Ewing), a local soccer star who becomes the head of the resistance. He’s married to Amelia Chambers (Stephany Jacobsen), who’s no wallflower despite her bleeding heart. Matt’s rival for the team’s captaincy, Jackson (Charles Terrier), has a chip on his shoulder and a pregnant wife (or girlfriend – it’s never made clear). Meanwhile, Peter Barlett (Temuera Morrison), arrives in town with his family. When the aliens attack, everyone is thrown together to build the resistance and take the battle to the occupying force. It’s all standard-order stuff, done badly and acted worse. Even the normally reliable Temuera Morrison, who appeared in Attack of the Clones as Jango Fett and Revenge of the Sith and Commander Cody, is in phone-it-in mode.

If forced to say something nice about the film, I’ll admit that the production design is solid. I’m not sure of the film’s budget but, assuming it to be on the low side (which is a safe bet), it nevertheless looks good. The costumes and alien designs are effective and the special effects, although sometimes a little dodgy, look as good as one could reasonably hope for from low-order CGI. The smaller the screen, the better Occupation will look. Seen on a cell phone, it will probably be indistinguishable from Hollywood’s biggest, baddest blockbuster.

The fundamental problem with a movie like this isn’t that there’s more cheese than in the entire state of Wisconsin but that it’s a complete bore. Some directors mistakenly think there’s an equivalency between the number of explosions and the degree of tension but what matters the most in creating audience engagement is fashioning characters the view cares about. Star Wars wouldn’t have worked without Luke Skywalker, Princess Leia, and Han Solo. Likability, camaraderie, and charisma made them magnets for viewer affection. Needless to say, no one in Occupation comes close to this level. The characters are less interesting than the special effects and that only works in old-school video games. Occupation may be an attempt on the part of Sparke to prove that the Australian film industry won’t be outdone by Hollywood. What he has proved is that the U.S. studios don’t have a monopoly when it comes to unwatchable sci-fi action films. It boggles the mind that not only has Occupation gotten a North American distribution deal but apparently a sequel is in the works.