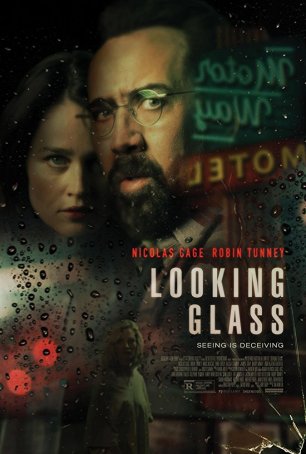 Although Looking Glass doesn’t get Nicolas Cage back to where he was in Leaving Las Vegas, it’s leaps and bounds better than some of his recent fare. (Left Behind may be the low point but, considering how many for-hire jobs he has taken in the past few years, I may be forgetting something.) Tim Hunter’s film provides him with an opportunity to act. It doesn’t demand that he represent a superhuman and, although there are a few fight scenes, this is more of a slow-burn thriller than an action-oriented one. There are some problems but most are related to the uneven screenplay and not the performances of Cage or his co-star, Robin Tunney. 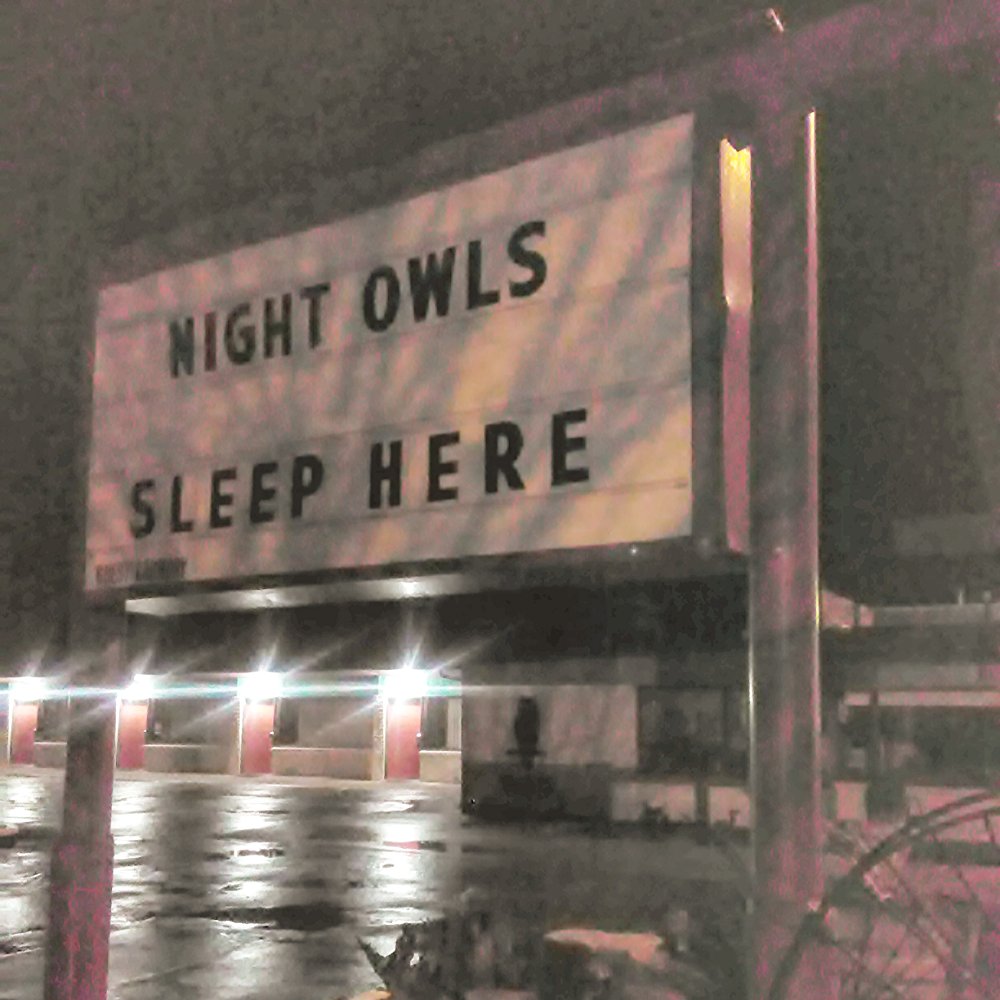 As the action gets underway, married couple Ray (Cage) and Maggie (Tunney) are shown pulling into what appears to be a deserted motel. We soon learn that they are the new owners, having taken over the place in an attempt to start anew in the wake of their young daughter’s death. The first half of the film is stronger than the backend. During the early proceedings, we follow Ray as he gets the place ready for its grand re-opening, interacts with a seedy customer (Ernie Lively) and the seemingly friendly local sheriff (Marc Blucas), and goes about the day-to-day routines of a motel operator.

Ray soon discovers the previous owner’s dark secret: a passageway leading to an observation post where he can watch the goings-on in Room 10 through a one-way mirror. Soon Ray has caught the voyeur bug and is spying when a customer (Jacque Gray) invites a “friend” (Kassia Conway) to join her. After the tryst is done and Ray has returned to his room to have sex with his wife, something goes awry in Room 10. The customer’s body is found several days later.

Looking Glass boasts a strong sense of atmosphere. We get a feeling not only of the loneliness of a place that has only a handful of customers each night but of Ray and Maggie’s isolation from the locals (and, to a degree, from each other). This is a rural place where everyone knows everyone else except the newcomers. They are distrusted and the only friendly guy, the sheriff, may have ulterior motives for his chumminess. When things start going wrong at the motel, Ray learns that the first suspect is always the person no one else knows. The sense of claustrophobia grows stronger as the web around Ray tightens and his inability to stay away from the observation post exacerbates his situation. 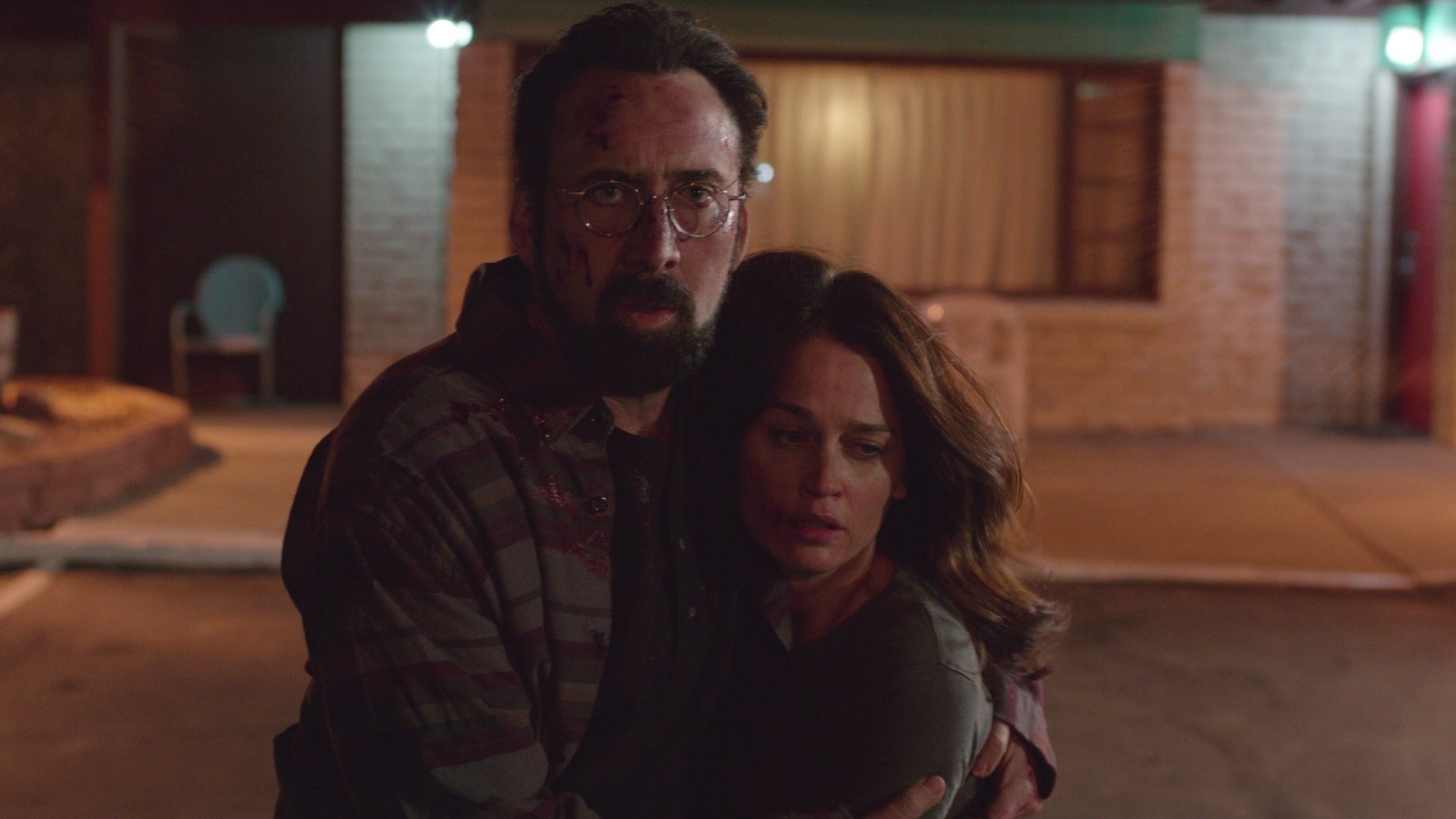 Ultimately, the mystery is disappointingly straightforward and the resolution is weak and predictable. For a movie with such a rich tapestry of creepy secondary characters, one could be forgiven for expecting something more surprising. The strained relationship between Ray and Maggie is less developed than would have been helpful to give us a full sense of these characters. Through flashbacks and a bit of exposition, we learn that Ray blames Maggie for their daughter’s death but Maggie remains more of a narrative convenience than a fully formed human being. This is especially true at the end.

Cage’s “everyman” performance brings him back to the kind of role where he is strongest: a normal guy wrestling with demons and an uncertain conscience. Hunter’s direction is moody and evocative and the pace is slow enough to allow suspense to build but not so slow that we lose interest. Unfortunately, although the screenplay (credited to Jerry Rapp and Matthew Wilder) knows how to set things up, it fails to deliver down the stretch, leaving us with a by-the-numbers resolution that feels like a cheat and doesn’t satisfy.

For Cage, this is a big step back toward respectability. Looking Glass may not warrant a trip to a theater but it’s good enough to be worth the price of a rental at home. And it almost certainly will get you wondering about the mirrors on your next motel stop.