It’s a cliché to remark that “they don’t make them like they used to” but, in the case of Marty, it’s true. The simple, character-based romance is a thing of the past; even indie filmmakers rarely attempt it today. The first thing one notices when watching the 1956 Best Picture Oscar winner in today’s climate is how understated everything is. Romantic movies in the 21st century trade in fantasy – they’re either overheated melodramas or feature a heaping of often-silly comedy. Marty, on the other hand, respects its characters. They are given time to interact and fall in love and the complications they face aren’t in the form of old lovers or other such nonsense. They’re real-world issues that viewers can identify with. Indeed, there’s not an element of Marty that requires suspension of disbelief. Although times have changed, human emotions haven’t.

Marty was adapted by Paddy Chayefsky from his 1953 teleplay, making a rare early example of a film adapting a TV show rather than the other way around. Rod Steiger, who originated the role, was replaced on the big screen by Ernest Borgnine, who played against type as the shy, sensitive title character. Borgnine would win the only Oscar of a long, successful career for this film. Director Delbert Mann, making his feature debut, also took home Oscar gold. Betsy Blair and Joe Mantell were also nominated but didn’t win. The film wasn’t only loved by the Academy; it won the top prize at the Cannes Film Festival. 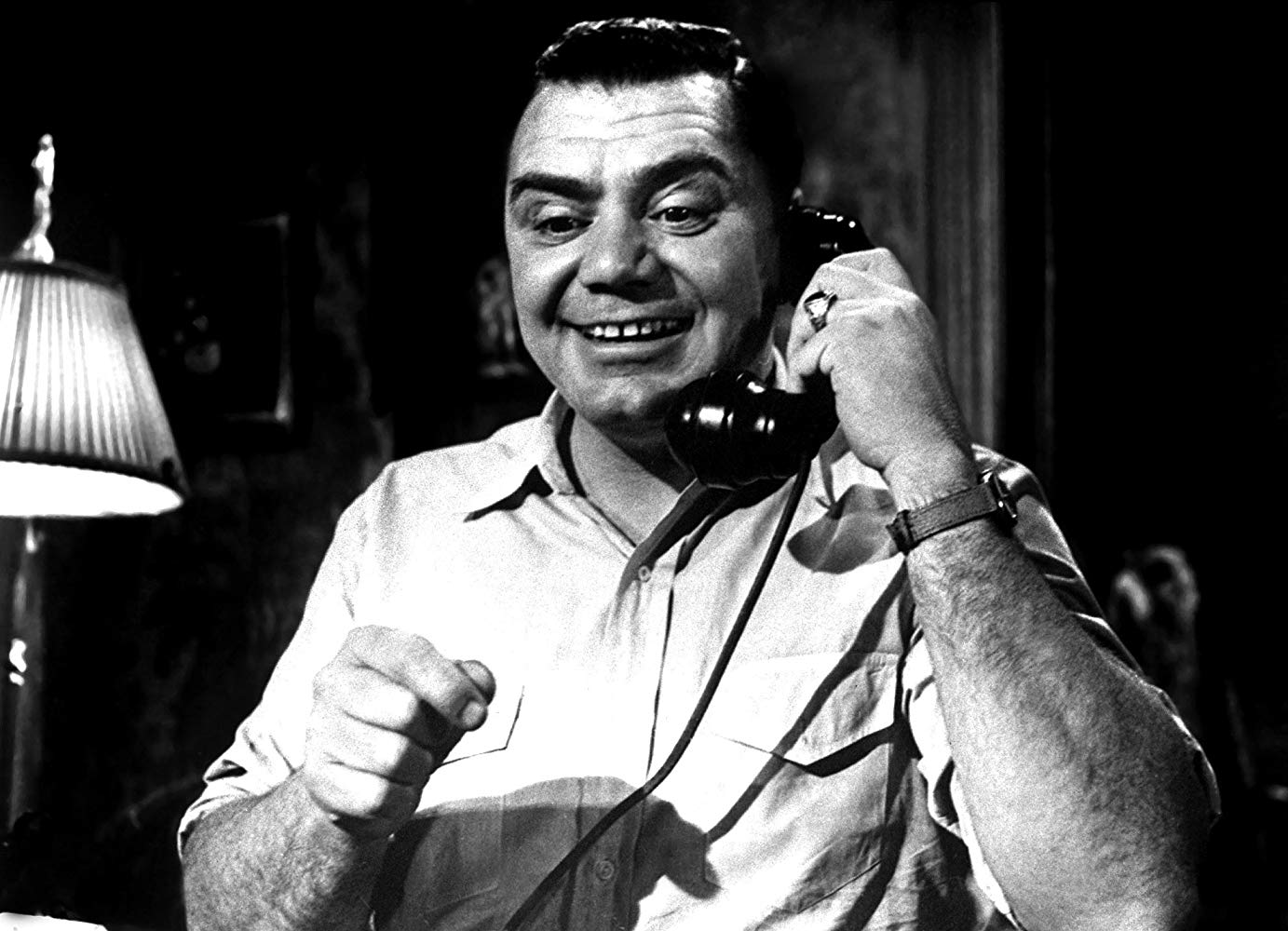 When speaking about Marty, Chayefsky called it “the most ordinary love story in the world.” Therein lies its appeal. Neither of the principals, Marty (Borgnine) and Clara (Betsy Blair), has had success in love. They are both past their socially-acceptable “sell by” dates for marriage – he’s 34 and she’s 29. In the opening scene, which depicts Marty serving customers at the butcher’s shop where he works, he is castigated by two women for not being married. His mother is equally concerned that he will end up a bachelor. Clara has all-but given up and is content with the old maid’s role. Neither is attractive; Marty refers to himself as “ugly” and the nicest description anyone has for Clara is “plain.” Hollywood has a long history of casting pretty people in romances – the exception here is striking.

The two don’t “meet cute,” although their first encounter is serendipitous. Marty’s mother, Teresa (Esther Minciotti), has talked him into going with a friend to a dance hall in hopes he might unearth a future bride. He’s having little luck when he finds Clara after she has been abandoned by her date. They leave the dance hall together and spend much of the night walking the streets of the Bronx, getting to know one another and discovering that they share many of the same fears and concerns. As his infatuation grows, Marty becomes animated and talkative, allowing his inner personality to bubble to the surface. Given an opportunity to abandon Clara for a “sure thing,” he opts to stay with her and brings her home to meet his mother. Teresa, however, is less than enamored with this new woman in her son’s life. Although she has been pressing Marty to “find a girl,” now that it’s a reality, she becomes resentful and jealous, especially when Clara remarks that she believes aging parents shouldn’t live under the same roof as young couples. Fear of abandonment replaces Teresa’s concern about Marty’s marital status. 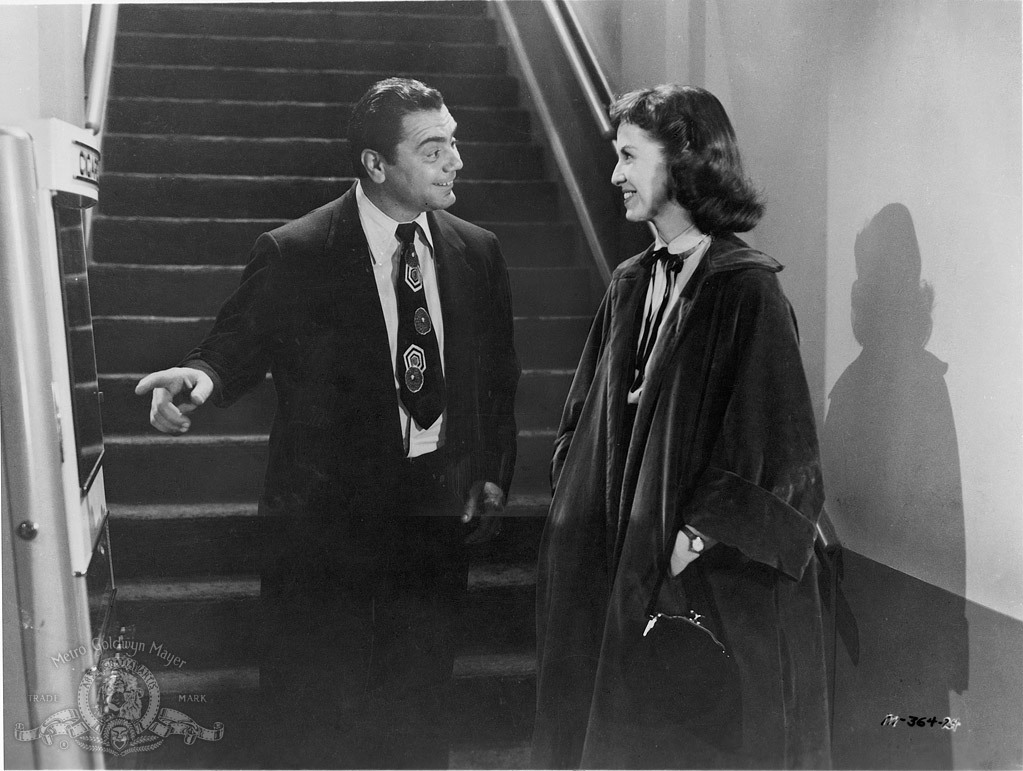 Ernest Borgnine made Marty during a period when he was appearing in a half-dozen movies per year, often as heavies (such as the one he played in the Oscar-winning From Here to Eternity). It was a risk to cast him as Marty – a sweet, lonely guy without a bad bone in his body – but Borgnine pulls it off magnificently. In addition to showing vulnerability, he provides glimpses of despair, longing, and frustration as forces conspire to keep him from a second date with Clara. He and Betsy Blair exhibit strong chemistry. She was almost unable to appear in the film, having been blacklisted. (She was married to Gene Kelly at the time and he used his considerable influence to ensure she got the role.)

Marty doesn’t have a clean, neat ending like the 1991 Christopher Columbus/John Candy remake, Only the Lonely. It doesn’t follow the characters to the altar or leave us with an image of them kissing. The final scene is satisfying, however, because although none of the stories are wrapped up and tied with a bow, the sense of real life is allowed to pause at the right moment. We don’t know whether Marty and Clara will end up together but we recognize that he has finally taken a step toward living his own life and there’s hope for them both.

With a brief running time of 90 minutes (the shortest Best Picture Oscar-winner ever), Marty never threatens to overstay its welcome. More than 70 years after its premiere, it’s as easy to see a little bit of oneself in Marty as it ever was.