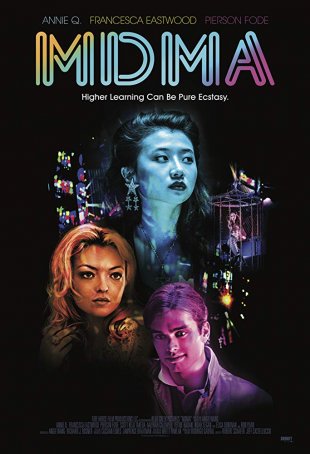 Based on the real-life story of writer/director Angie Wang, MDMA takes viewers back to the mid-1980s (1985 and 1986, specifically) and immerses them in the life and experiences of an 18-year old Jersey girl struggling to find her way in a prestigious California university environment that’s a pressure cooker of expectations and superficiality. Weighted down by a loveless childhood, she throws herself into the school’s party life with a devil-may-care attitude. Her willingness to innovate and take risks at first seems to be her salvation – it at least alleviates her pressing financial difficulties – but, as with all such gambles, it ultimately proves to be her undoing.

Writing from the heart, Wang provides an intimate perspective of herself as a college freshman and lead actress Annie Q completes the portrayal. Angie is outwardly sassy and aggressive but inwardly vulnerable and needy. She craves love and intimacy, whether it’s a one-night stand with a guy she meets at a club or longer-term relationships with her upper-class roommate, Jeanine (Francesca Eastwood), and fellow chem student, Tommy (Scott Keiji Takeda). She also shows a softer side of herself in scenes where she acts as a Big Sister to Bree (Aalyrah Caldwell), the young daughter of a crack-addicted, neglectful mother. Angie sees an afterimage of herself in Bree and is desperate to give the girl something she never got from a mother who abandoned her and an overworked father who was ill-suited to be a single parent. 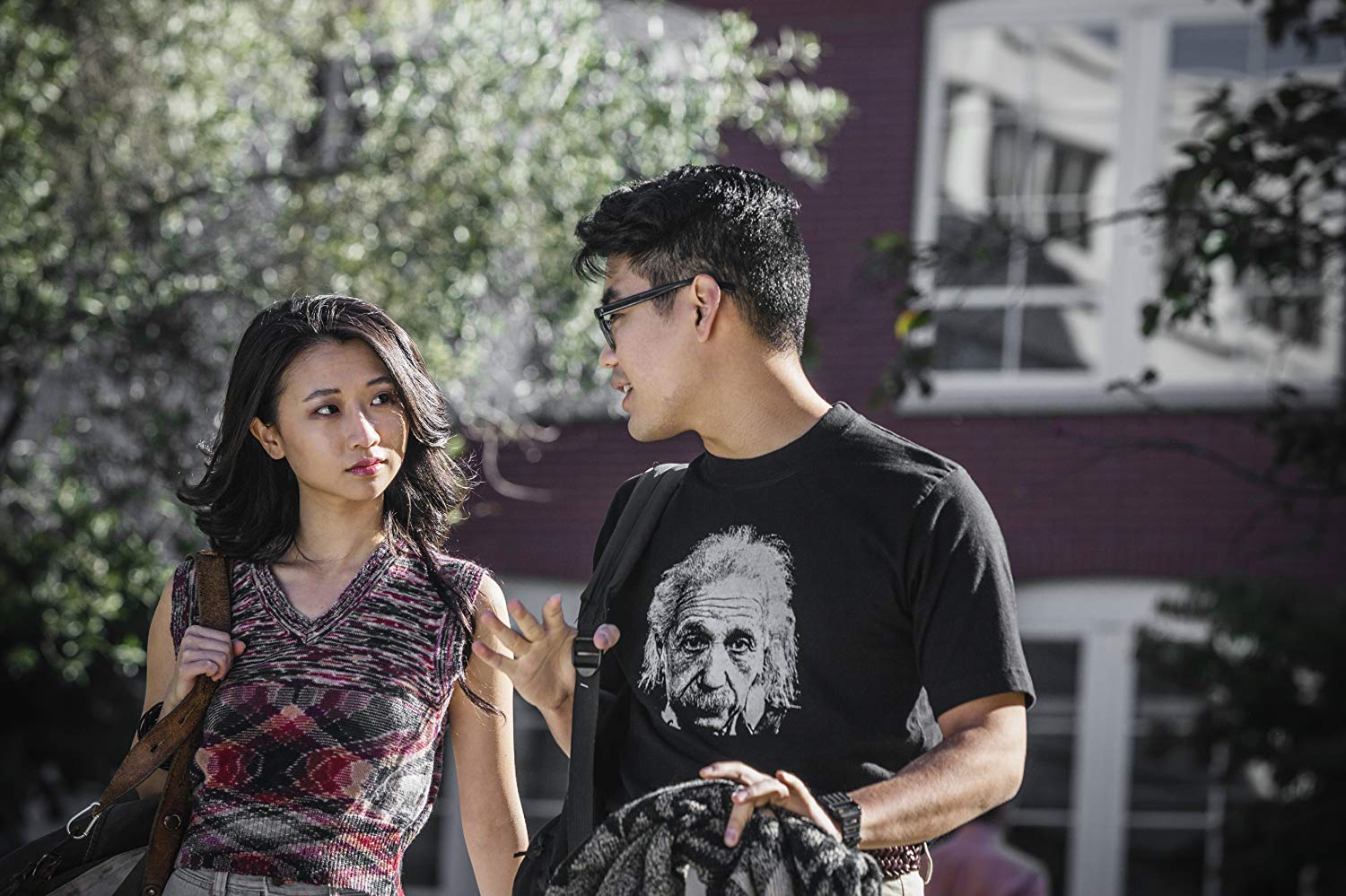 One night at a party, Angie samples the drug Ecstasy and learns first-hand about its…um…amazing properties. She also discovers that demand outstrips supply due to the lack of a domestic producer. So, applying her knowledge of chemistry and making use of the university’s lab, she synthesizes the drug and begins mass-producing it. It’s an instant hit and she attains an almost mythic status. However, the world of underground drug manufacturing isn’t a bastion of ethics and she experiences difficulties with her distributor.

Annie Q gives a compelling performance as Angie, effectively displaying the full gamut of the character’s emotions, from her self-destructive impulses to her deep despair about something that happens during the final act. Her chemistry with co-star Francesca Eastwood is strong – I wish the running time could have afforded more scenes with just the two of them. Jeanine’s story is worth of further exploration. A rich kid with a seemingly perfect family, she works studiously to hide the secret of her mother’s alcoholism and her own deeply-rooted insecurities.

Wang accurately captures the era in which the events depicted in MDMA occur (having grown up in New Jersey and graduated high school in 1985, I can attest to this). The sense of verisimilitude helps to ground the drama. Although MDMA goes to some dark places and features its share of ugly scenes, it’s ultimately a story of hope and redemption. It helps to remember that Wang has become a successful businesswoman and now filmmaker. She approaches this younger, slightly fictionalized version of herself with a clear sense of purpose. She shows sympathy for Angie’s situation and provides insight into her demons but doesn’t absolve her of some of the ugliness that results from her impatience, incaution, and arrogance. The character is well-rounded and the story retains our interest for the entirety of its running length.