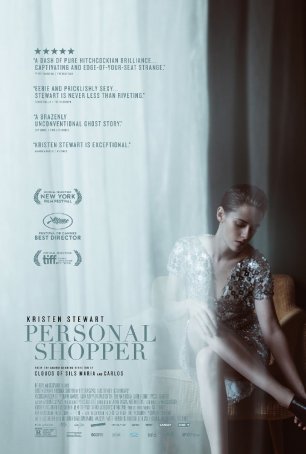 Although technically classified as “horror” or a “thriller”, Personal Shopper works best when viewed as a mood piece. There’s something hypnotic about the way writer/director Olivier Assayas has filmed the movie, employing point-of-view shots and long takes to draw us into the world of the main character, Maureen Cartwright (played by Kristen Stewart, who appears in every scene except one critical omission). Not a lot happens; Maureen is stuck in limbo and the tone reflects this. Because of the nature of the story, however, Assayas infuses the proceedings with a gradually building sense of tension. It starts out small and reaches its crescendo 90 minutes later with an incredible sequence that generates more suspense from a series of text messages than I would have dreamed possible. 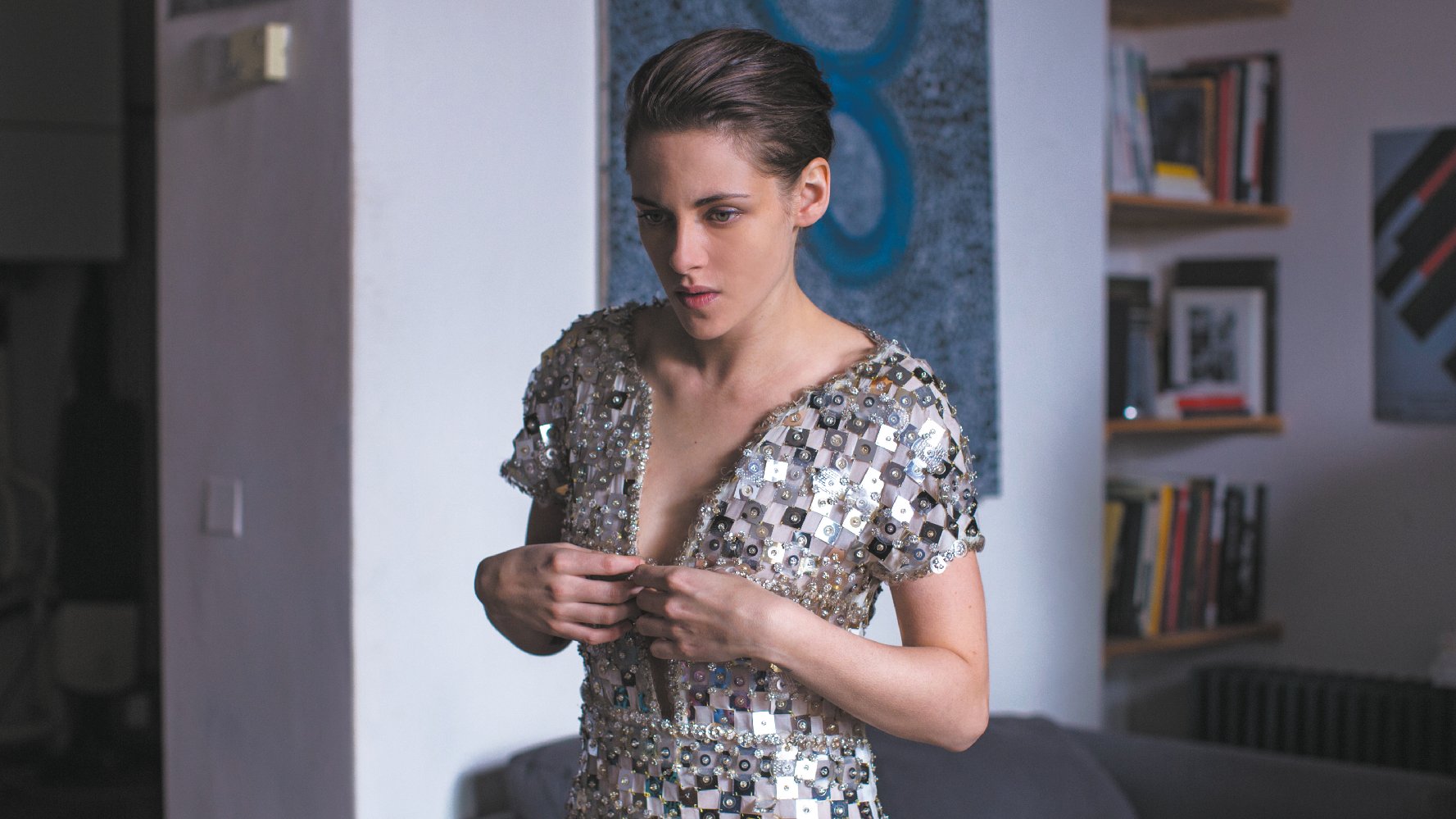 It takes viewers a while to figure out what’s going on. The movie doesn’t spoon feed us background. It drops us into the middle of the action and lets us gradually fill in the details by observation. Maureen, it turns out, is a medium who is spending time in Paris trying to connect with her recently deceased twin brother, Lewis. In the three months since his death, Maureen has been searching for signs of his presence while financing her stay in Europe by working as a “personal shopper” for high profile fashion model Kyra (Nora von Waldstatten). She’s neglecting her boyfriend, Gary (Ty Olwin), who she only occasionally contacts by Skype, and has become enmeshed in a bizarre “relationship” with an anonymous texter who asks her a series of personal questions. Dissatisfied with her job, Maureen begins to break the rules – starting small (wearing some of the shoes and clothing she purchases for Kyra) and getting bigger (masturbating in Kyra’s bed while wearing one of her expensive dresses) – but it’s unclear where all this is headed until things take a brutal and unexpected turn.

Kristen Stewart was easily the most beguiling thing about Assayas’ overrated The Clouds of Sils Maria. In my review of that film, I wrote the following: “Stewart, with her natural, unforced performance, provides us with a window into the bubble of [the main character’s] artificial world. We feel her absence when she's gone.” For Personal Shopper, the filmmaker isn’t faced by the dilemma of coping with her disappearance because his lead actress is never far from the camera’s gaze. The word “unforced” applies here. Stewart never seems to be acting. Her distracted, aloof performance is perfect for a character who is more interested in the next life than this one. She drifts through her existence on Earth, aware that the same genetic condition that killed her brother might soon claim her, and never seems to connect with anyone. Stewart is unafraid to be shown in unglamorous shots (there are times when she is wearing little or no makeup and has stringy, messy hair) and allows Assayas to shoot her topless for a couple of non-sexual scenes.

Then there’s the ending. It would be easy, I suppose, to gloss over Maureen’s final words and accept everything at face value. I think the truth (and I’m getting into spoiler territory here) is deeper and less obvious. In piecing together what happens in the final 15 (or so) minutes, it’s necessary to consider the sequence I mentioned earlier – the one in which Stewart doesn’t appear. There are subtle cues in that scene that point to what’s really going on. That’s all I’m going to say. The ending works best for viewers who put in the effort to arrive at a resolution. 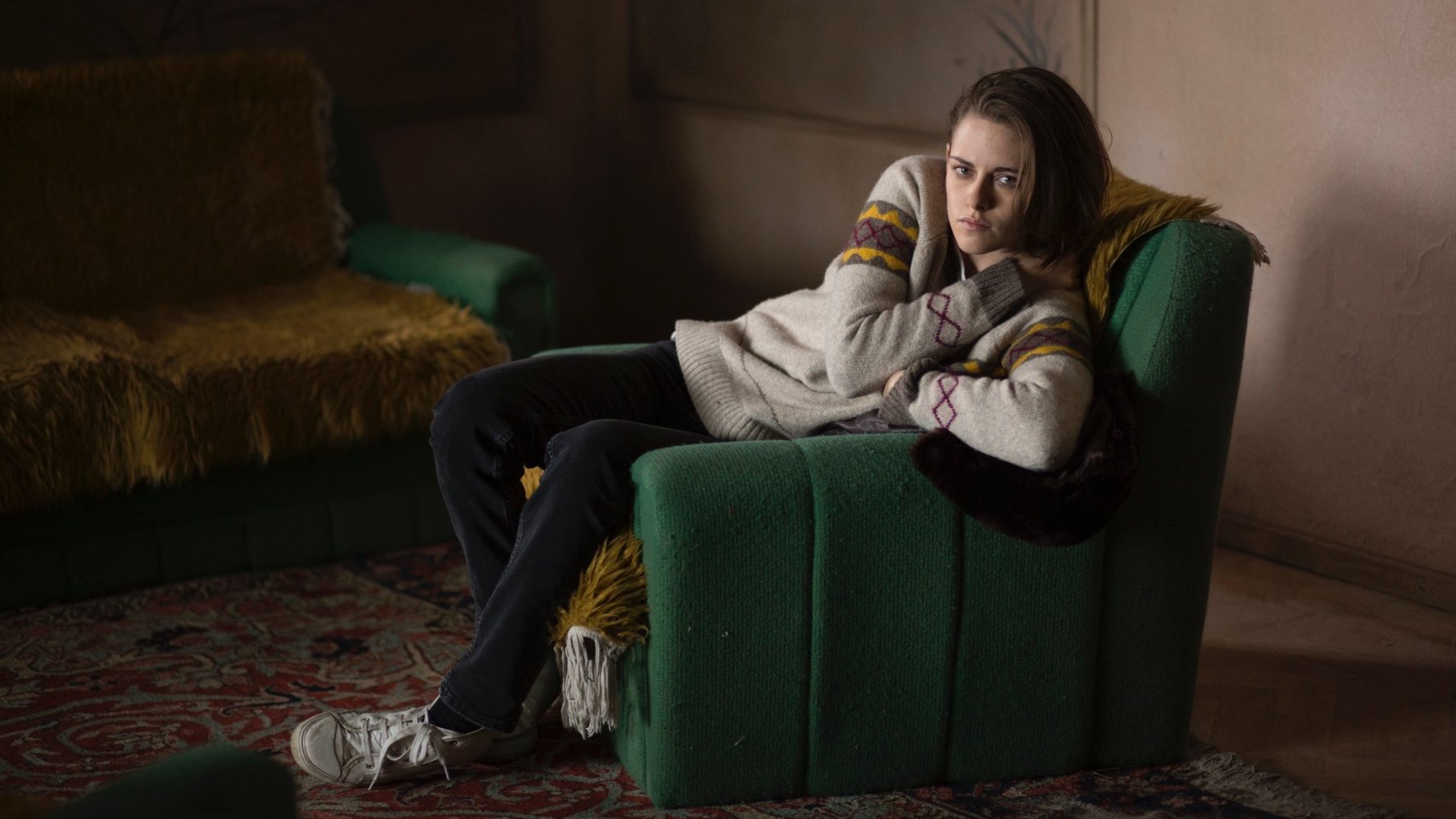 Despite containing some of the trappings normally associated with “horror” films, there’s nothing scary or disturbing in what Assayas brings to the screen. He’s not interested in jump scares or “boo!” moments – there’s not one of either to be found. There are, however, things that go bump in the night (some of them do this rather loudly). There are strong indications that the ghostly apparitions sensed by Maureen are more than figments of her imagination but Assayas provides enough ambiguity to make the viewer ponder. Although Personal Shopper occasionally evidences a slow, almost meandering pace, there are times when it turns the screws and ratchets up the tension.

Thus far, 2017 has been an atypical year for horror. In addition to Personal Shopper, we have also seen Raw and Get Out. None of these three movies follows the rules and provides the clichés one expects from a genre production. But, although Personal Shopper offers ghosts and seances, it is first and foremost an Assayas film and that means it will have a stronger appeal to art house viewers than those who frequent mainstream multiplexes. The production is in equal parts mesmerizing and perplexing, intriguing and frustrating. Focusing on Maureen grounds the narrative…until it doesn’t.