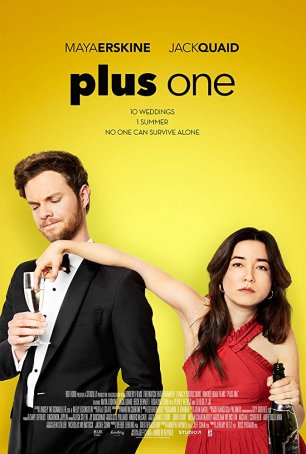 When actor Jack Quaid was a kid, his mother, Meg Ryan, was the Queen of the Romantic Comedy, so there’s something fitting about his venturing into this genre for his highest profile role to-date. Although significantly more profane than any of Ryan’s rom-coms, Plus One exists in what once was the “sweet spot” for this kind of movie: a story of twentysomething best friends, frustrated in love and watching all their friends pair off, discovering that The One might have been closer than they ever expected. For romance junkies, the film checks all the boxes. For those who want a little more, it comes complete with a smart script, likeable leads, and a willingness to occasionally tweak a trope or two. My only complaint about Plus One is that the ending feels a little rushed.

Romantic comedies in the 2010s often don’t cash in on the most important element of any movie pairing – chemistry. If the actors have it, it should be showcased by putting them together as much as possible rather than cluttering things up with irrelevant subplots and dumb secondary characters. Co-writers/directors Jeff Chan & Andrew Rhymer understand this basic rule and ensure that Quaid’s Ben and Maya Erskine’s Alice share the screen for about 75% of Plus One. We are privy to the transformation of their teasing, platonic friendship into something more substantive. The actors play off one another with the right mix of companionability, affection, and passion. Their relationship follows the expected trajectory but never seems like it’s being orchestrated by a script. 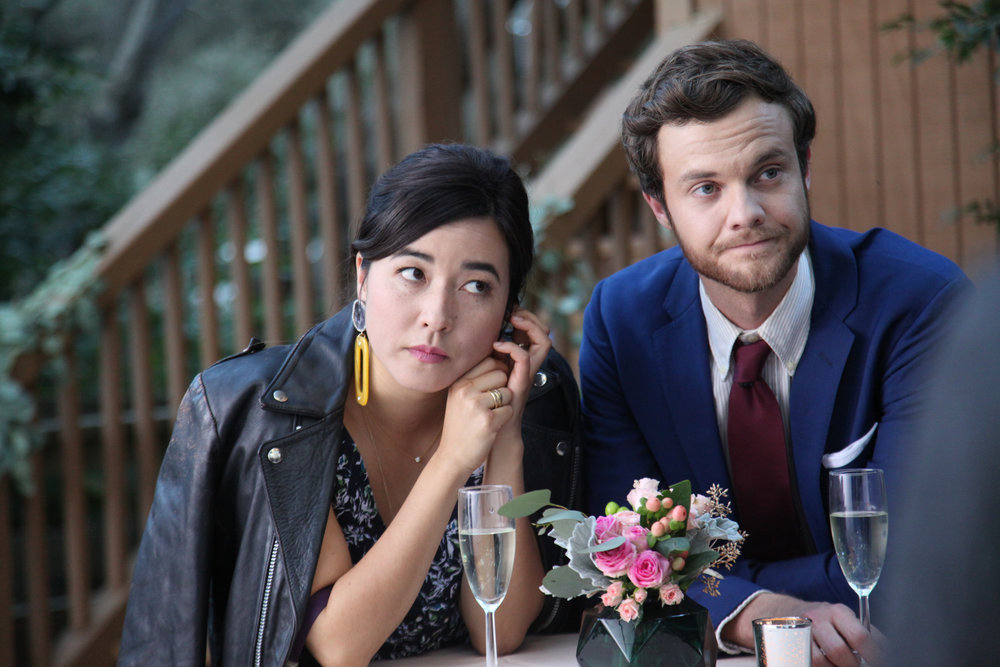 Ben and Alice have been friends since college and, now that they’re in their late 20s, they are discovering an alarming trend among their friends: marriage. Both single, they agree to become each other’s “plus one” at all the weddings they have been invited to. Chan and Rhymer capture the frisky byplay between them (with Maya having trouble getting through a sentence without dropping the f-bomb) – interaction that leads inevitably to something more when they are attending a Hawaii “destination wedding.” The film doesn’t end when they hook-up, however. It traces the evolution of their friendship as it moves into a new phase.

The oil-and-vinegar relationship allows Quaid (whose Ben is reticent and laid-back) and Erskine (whose Alice is vibrant and spontaneous) to highlight one another’s strengths. Both develop their characters but they shine the brightest while sharing the screen, reciting dialogue that’s often smart and frequently salty. The movie isn’t without some minor missteps. Attempts to broaden Ben’s character by dissecting his fractious relationship with his father (Ed Begley Jr.) don’t work as well as they might have and the resolution feels forced. That’s part of an overall problem with the movie’s last act, where a lot of things are rushed. The film gives us the ending we want but it happens too fast for us to fully absorb it.

Over the years, I have bemoaned the state of post-1990s romantic comedies. It’s refreshing to find a movie in this genre that defies the current dumbed-down trends that have transformed too many of these movies into unwatchable Grade-B schlock. Plus One is formulaic to be sure but it features richly delineated characters portrayed by likeable, capable actors and brought to the screen with commitment and intelligence. It’s only getting a small theatrical release but is worth seeking out.