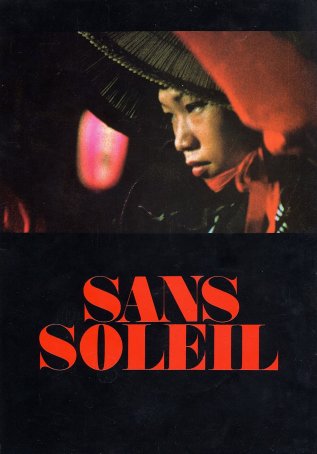 Sans Soleil, an “experimental” movie from filmmaker Chris Marker (perhaps best known for La Jetée, which was the inspiration for Terry Gilliam’s Twelve Monkeys), belongs in the love-it-or-hate-it category of pretentious twaddle. A 100-minute collage of disconnected images from around the world (with a heavy emphasis on Japan and Bissau), Sans Soleil comes complete with the existential, elliptical musings of a narrator (who is reading aloud the writings of a fictitious cameraman named Sandor Krasna). Although one could argue that the movie is loosely about memory and time, that would be attempting to ascribe order to what is essentially a random series of stream-of-consciousness philosophical ramblings.

To be fair, there are times when some of what Marker has to say is, if not interesting, at least diverting. He never stays with any one subject long enough for it to bear fruit, however, preferring to move ahead to something else. His monologues are philosophical and pedantic. He does a lot of lecturing and there’s an elitist air to much of the dialogue that hints the filmmaker believes himself to be divulging some astonishing truths. The images are banal by design. (Something admitted early in the proceedings when he offers the following comment: “I’ve been round the world several times and now only banality still interests me.”) Few (if any) stick in the memory. The movie flits from subject to subject like a crazed butterfly, one minute providing insight into the revolutionary mindset while the next offering a deconstruction of Vertigo. 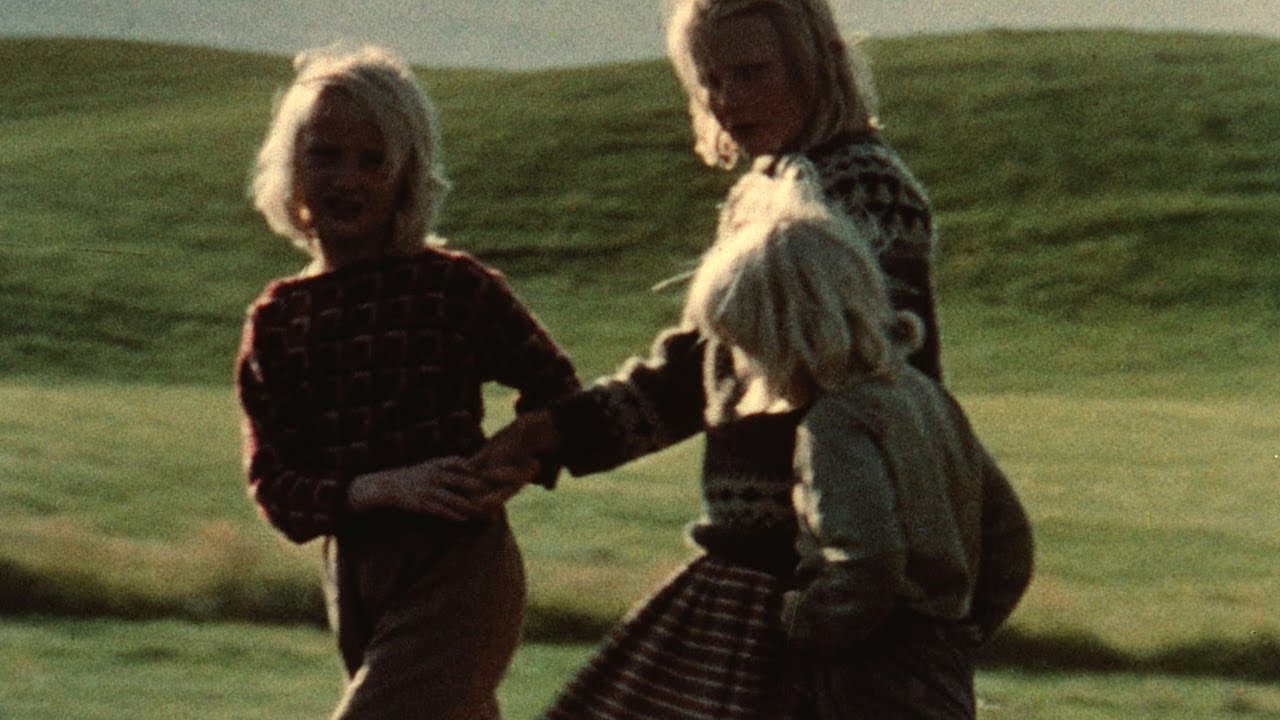 There’s no storyline to speak of. The film consists of a female narrator (Alexandra Stewart in the English version) reading from letters written to her by Krasna (a pseudonym for Marker) while clips he has shot play on the screen. This gives Marker freedom to pontificate about any subject that touches his fancy. The title, Sans Soleil (or Sunless in English) refers to a science fiction movie that he plots out but doesn’t plan to make. Like many of his discourses, it touches on ideas about time, memory, and how they are entwined.

One can make a connection between Sans Soleil and Godfrey Reggio’s Koyaanisqatsi. Both movies rely primarily on images to convey messages. The difference is that, while Reggio composed the visual elements of his film with great care, seeking at times to awe and amaze, Marker’s approach is more haphazard and grounded. Audially, Koyaanisqatsi relied on Philip Glass’ score. Sans Soleil replaces that with Stewart’s voice. Maker’s film has been called a travelogue, a documentary, and a collection of cinematic essays. None of those descriptions is entirely accurate but, taken together, they provide a good picture of what Sans Soleil is. 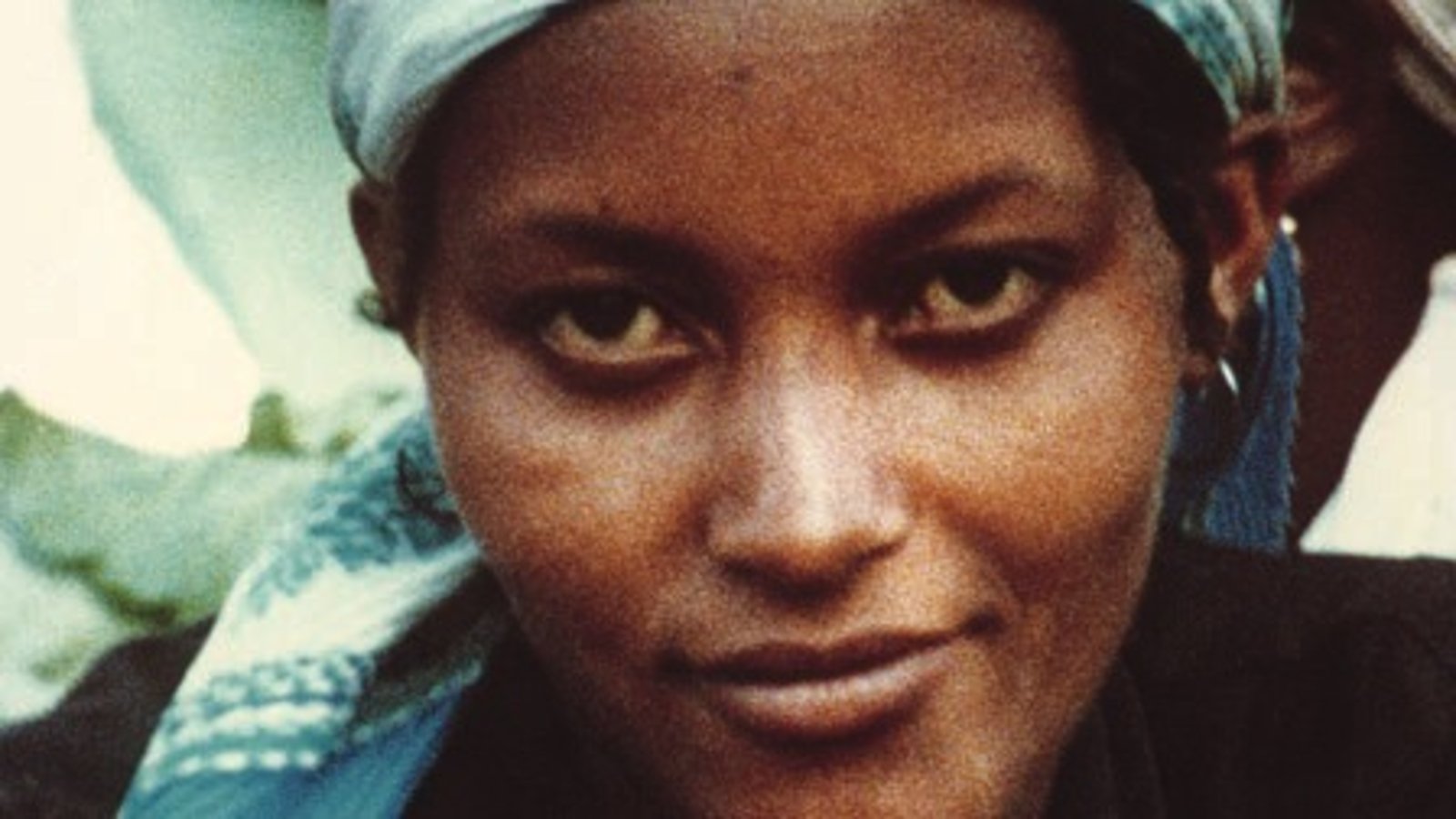 Four versions of Sans Soleil were produced at the time of its release. Visually, there are no differences but each has an entirely different audio track. The movie was released in English (with the Canadian-born French actress Stewart providing the narration), French (Florence Delay), Japanese (Riyoko Ikeda), and German (Charlotte Kerr). There’s no reason to prefer one over another.

Sans Soleil was made with the elite-minded cineastes in mind and has found great favor in art houses and film schools. Many critics have lauded it, with The Daily Telegraph naming it one of the greatest 100 films of all time and Sight & Sound’s 2014 edition citing it as #3 on the all-time documentary list (where Man with a Movie Camera came in at #1). In a dissent (with which I agree), the late Vincent Canby had the following to say in his New York Times review: “Mr. Marker pretends to be examining the quality of contemporary life, though what he actually is doing is examining his own, not always coherent or especially interesting reactions to our world. Sans Soleil is a totally self-absorbed movie that closes out all but the most devoted Marker students… Much of the time, though, its manner alternates between that of a patronizing tourist and that of an amateur anthropologist.” 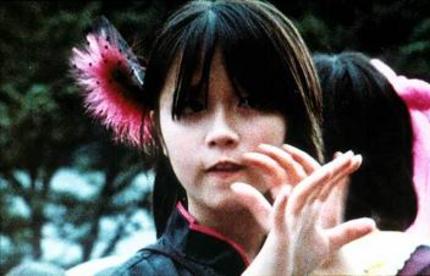 Canby’s brutal take-down of the film captures what makes the movie such a tedious experience: although its numerous rambling discourses are clearly the digressions of someone with a voluminous vocabulary and who believes himself to be a deep thinker, they are primarily of interest only to himself (and those who claim to be his disciples). After having watched Sans Soleil, I was of the opinion that I knew a few things about Marker’s worldview but had not been exposed to any new or surprising ideas. Perhaps some of his concepts were revolutionary in the late 1970s and early 1980s; if that was ever the case, it no longer is.

Putting aside the verbal aspects of the film and turning to the “banal” images, there is some historical value in Sans Soleil. Although released in 1983, most of the filming was done in earlier years (primarily the 1970s) and, as such, it represents a contemporaneous time capsule of the era. Marker has downplayed the film, failing to give it the airs that some of his boosters have claimed for it. In fact, in an essay on his website, Marker described it as “nothing more than a home movie.” Viewed from that perspective, it’s an impressive (perhaps even remarkable) achievement. However, I will freely admit that I’m not that fond of watching my own home movies, let alone those made by someone I have never met.