If there’s one thing on display in The Texture of Falling, it’s the powerful visual sense evinced by Maria Allred in her feature debut. Wearing no fewer than seven hats for the production (acting, directing, writing, cinematography, editing, art direction, wardrobe), Allred has earned the right to call this her film, taking auteur theory to the next level. With images that captivate and pop, The Texture of Falling is never anything less than spellbinding. Unfortunately, the story – a cavalcade of unsorted moments that screw with the mind and create a mounting sense of frustration with the characters – isn’t as compelling. It’s as if the film’s reason to be is its aesthetic, with everything else being of secondary concern.

To be fair, once you get to the end (which I won’t discuss in detail to avoid spoilers), clarity arrives along with what might be glibly called a “decoder ring.” Watching the film a second time with the concluding details in mind results in an experience that is simultaneously less obscure and less interesting. Much of what seems vital on the first run-through turns into filler during a repeat viewing and, even though the running length is a skinny 75 minutes, it becomes apparent there’s not much substance here. To an extent, Allred offsets the narrative shortcomings with her camerawork and the energy she brings to the proceedings. 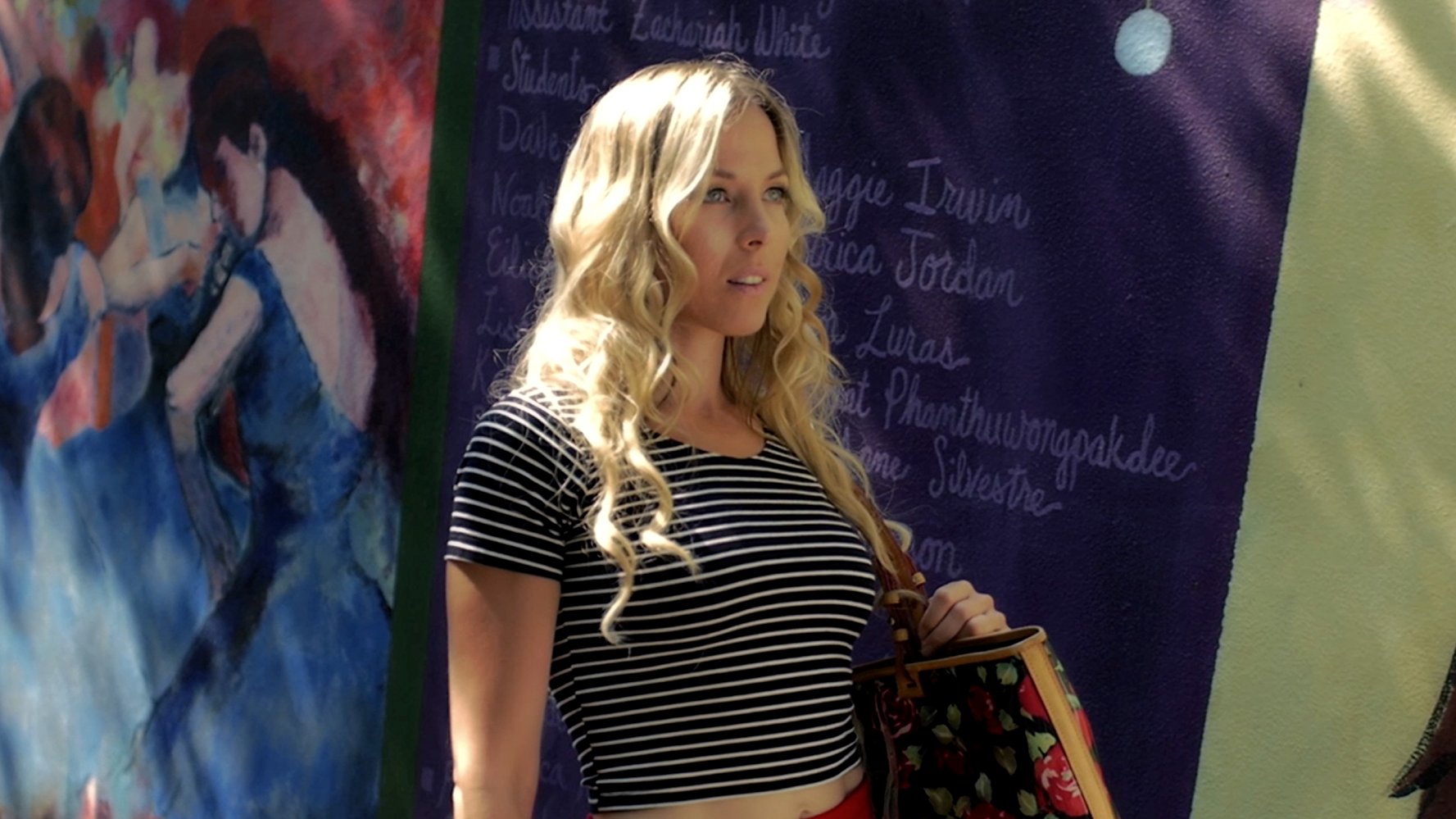 The story focuses on two couples. There’s Louisa (Julie Webb), a Portland-based photographer and filmmaker struggling to get her first project off the ground. She’s having an affair with Luke (Patrick D. Green), a married concert pianist who hails from Seattle and is unable to commit to Louisa because of his kids. Presented in parallel is the romance of a striking blond named Sylvia (Allred) and another married man, Michael (Benjamin Farmer). After hooking up with Sylvia, Michael discovers an interest in BDSM and, with his lover as a participant, he begins to explore it. The Texture of Falling’s presentation of domination and submission is less graphic but more raw than what was foisted on audiences in the deservedly derided Fifty Shades of Grey.

The movie lurches around in time, unbalancing the viewer as it switches seemingly without rhyme or reason between characters and time periods. Many of the scenes are short and the disorientation increases when Allred intentionally uses costumes and makeup to make Sylvia and Louisa look more alike while at the same time causing us to wonder whether there’s one Sylvia or two. As I mentioned above, the ending puts some of the pieces in place but it can be a struggle to get to that point. The film’s fragmented structure impedes the viewer’s ability to identify with any of the characters. However, the climactic twist is presented organically, rather than being sprung on the audience, with Allred unveiling it gradually. 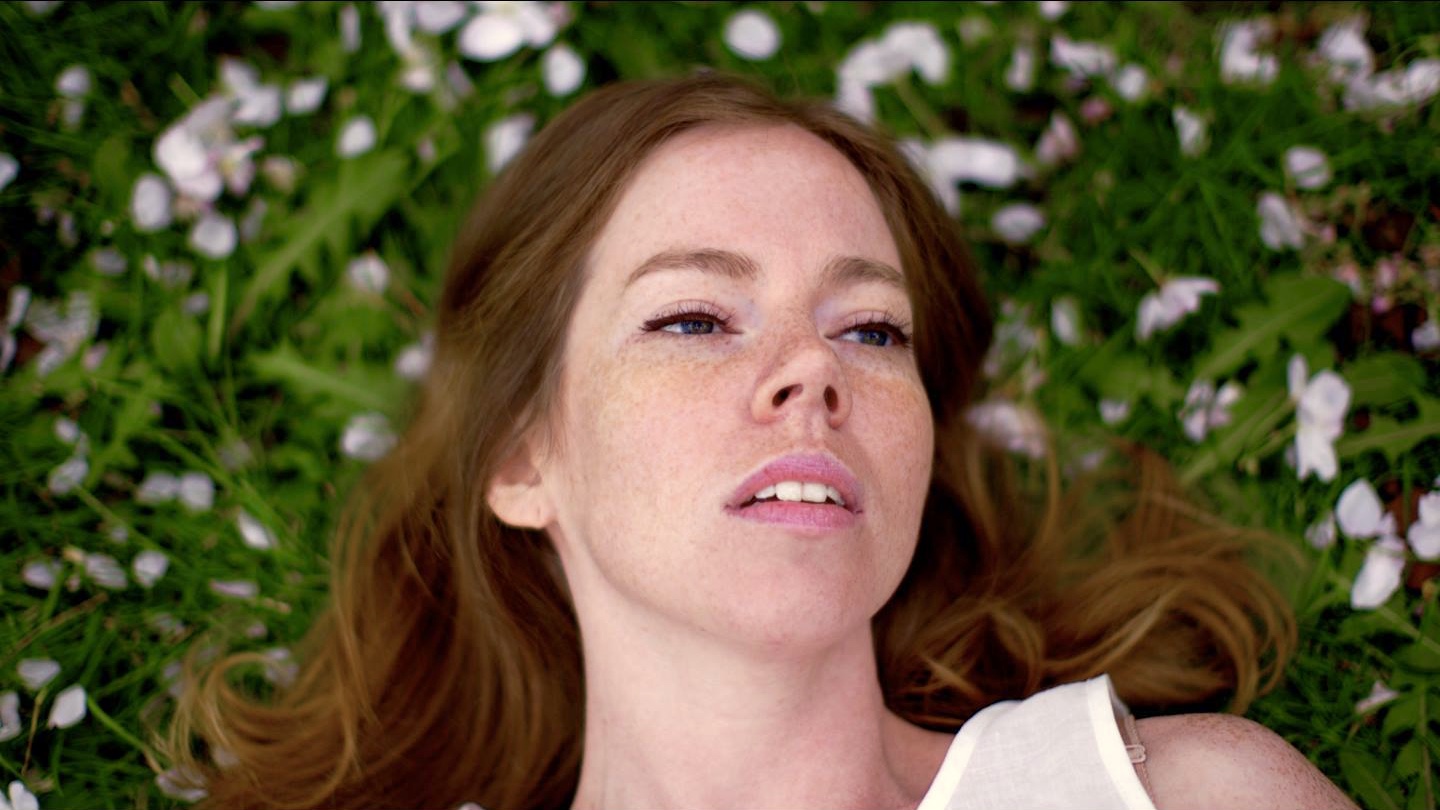 The Texture of Falling provides a Valentine to Portland, the filmmaker’s home city. From the opening helicopter shot to the more intimate peeks inside the nightclubs with their pulsating music, she crafts a setting worthy of a motion picture. The acting is variable but, aside from a few awkward moments (which may be directorial decisions – it’s difficult to say in retrospect, although they look odd), it’s sufficient to delineate the underwritten characters.

The Texture of Falling is ultimately as beguiling as it is frustrating, with curiosity and a fascination for Allred’s visual style compensating for a storyline the proves difficult to navigate. It’s the kind of debut that should get Allred noticed and, as she matures in her craft, it will be interesting to see where her passion takes her.