Antebellum, a Twilight Zone-ish thriller from the writing/directing duo of Gerard Bush & Christopher Renz, takes its time establishing itself as one thing before transitioning to something completely different. The non-chronological nature of the narrative (the second act appears to be transpiring in a different timeframe but is actually a flashback) can create confusion, but the movie never loses sight of its twin objectives: maintain suspense and emphasize a message about the enduring, pernicious power of racism.

For the plantation owners, the Antebellum South was a paradise on earth – or at least that’s how it’s remembered in some literature. But the picturesque images of alabaster-colored mansion houses gleaming in the warm summer sun, rolling fields ripe with cotton, and white children frolicking on the meticulously manicured lawns ignore the ugly underpinning of the South’s economic engine. Antebellum’s opening tracking shot conflates these romanticized images with the underlying nightmare. It starts with a vision of a Southern Civil War-era mansion. The camera then begins its tour of the plantation where soldiers are preparing for battle and slaves are at work. Eventually, it comes to rest at a place behind the slave quarters where a group of escaped slaves are being “handled.” 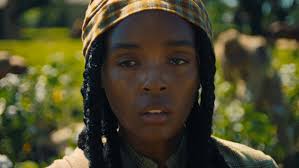 For about 35 minutes, Antebellum appears to be a drama about the horrors of living as a slave in these conditions. It’s neither as insightful nor as compelling as dozens of works that have deconstructed the Dixie Myth, from the TV mini-series Roots to the Oscar-winning 12 Years a Slave, but it’s not without power. The main character, a slave whose name has been forcibly changed to “Eden” (Janelle Monae), learns to survive by submitting to the whims of her brutal master (Eric Lange), who forces himself into her bed every night. There comes a point when it becomes too much…and that’s when we learn that Antebellum isn’t what it seems to be.

(Some of what follows may be a spoiler, although Lionsgate reveals this “twist” openly in promotional material.) Eden is actually Veronica Henley, a successful activist/author (of the book “Shedding the Coping Persona”) who lives in an upscale Washington D.C. house with her husband and daughter and travels the globe debating civil rights issues and giving speeches. Veronica is being stalked by a woman (Jena Malone) with unclear-but-malevolent intentions. On a night when she’s on a trip to New Orleans having dinner with two old friends, Veronica stumbles into a trap. She is knocked out and awakens in the Antebellum South with no idea of how she got there or how to get home.

Antebellum is clearly divided into three acts. The first is the strongest, with the deepest roots. The second, which establishes Veronica’s background while presenting her present-day life, has a tendency to meander. It’s a weak (but ultimately necessary) link. During this section of the movie, the filmmakers resort to some easy scores like a concierge who ignores Veronica because she’s black and an upscale restaurant that seats her near the kitchen. The third act adopts a fairly traditional thriller template, including a physical confrontation during the climax. 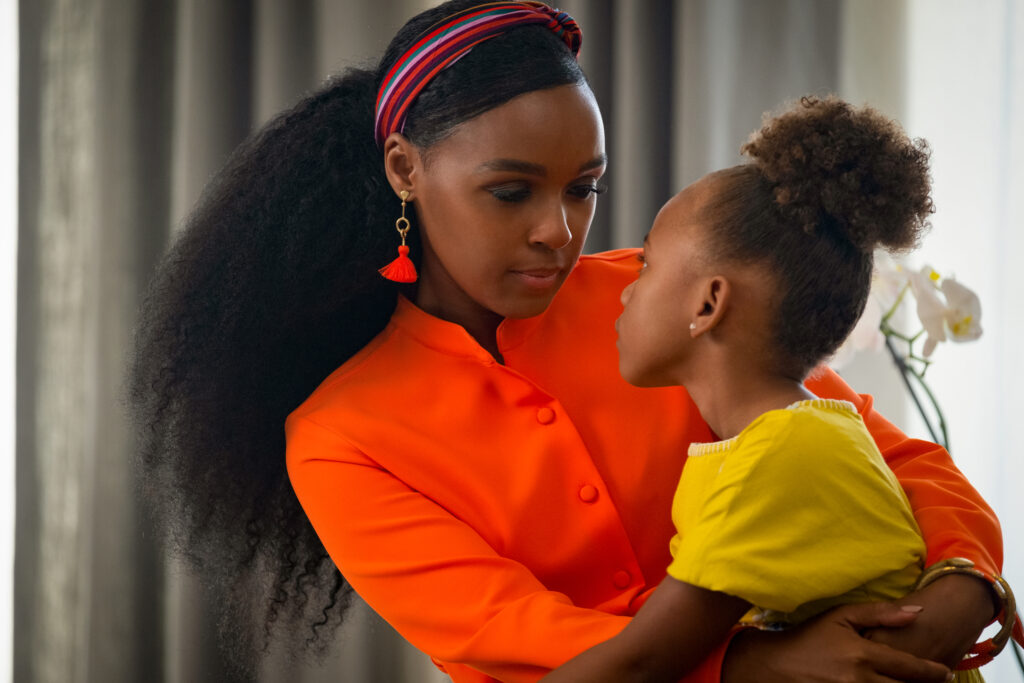 There’s something haunting about the imagery and the plot becomes more disturbing once the curtain is pulled back to reveal what’s really going on. Bush & Renz’s point about the banality of evil isn’t new and there’s nothing subtle about its presentation but it makes an unambiguous connection between the picture-perfect iconography of the Old South and the reality of what allowed the mansions to be so lavish and the fields so vast. There are times when Antebellum becomes heavy-handed but the filmmakers can’t be faulted for not being as deft as Jordan Peele was when he opened up the territory with Get Out.

As a thriller, Antebellum is effective in large part because Janelle Monae throws herself into the part and humanizes an underwritten character. The movie’s focus on plot and messaging detracts from its characters. Aside from Veronica, no one approaches multidimensionality. That’s not a huge drawback, however, because the resolution to the Big Mystery holds our attention and provides a satisfying end to a story that could have easily gone off the rails at one of many points. Timeliness is often as much a matter of chance as it is of planning and there was no way the filmmakers could have envisioned the environment into which Antebellum would be released. The added layer of urgency imparted by the current social climate elevates a production that would have been solid even it had been released in another time.