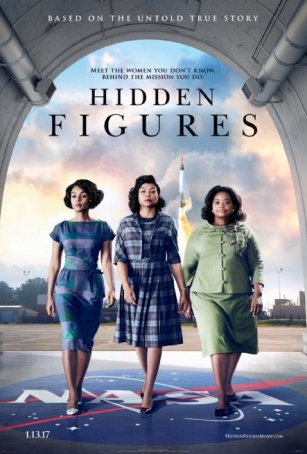 Hidden Figures is an old-fashioned inspirational tale about the undertrodden overcoming. Based on real people, real times, and real events, the film uses the never-say-die attitudes of three women to provide a window into the racism and sexism that permeated all facets of American culture during the middle of the 20th century. Although “softer” than many other recent movies about this subject (the PG rating creates stringent limits on how edgy things can get), Hidden Figures is nevertheless able to illustrate the exclusivity of the white male corporate power base and show how three unlikely black women were able to punch through the envelope. 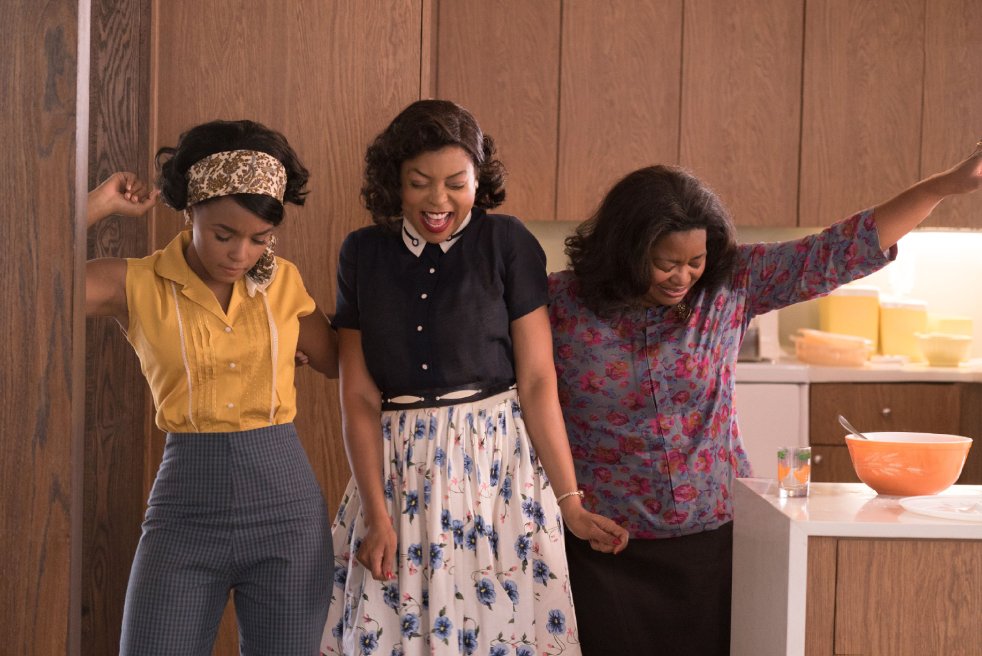 Those who want to use Hidden Figures as a history lesson should beware, however. Although the three women featured in the film, mathematician Katherine Johnson (Taraji P. Henson), coordinator Dorothy Vaughan (Octavia Spencer), and engineer Mary Jackson (Janelle Monae), aren’t likely to be found in many text books, the screenplay takes liberties with their lives. The time stream is collapsed to streamline the narrative - many of the events presented in the film transpired during the 1950s while Hidden Figures is set in the 1960s (in the lead-up to John Glenn’s historic mission). The production also massages the facts to fit Hollywood’s vision of how the story should be told. It’s mostly accurate from an overarching perspective but there’s artifice in the details. At times, bits and pieces of Hidden Figures seem manufactured. There’s nothing new about this for a based-on-a-real-events movie but it’s something to be aware of.

Katherine, Dorothy, and Mary are three best friends who work as “computors” in NASA’s pre-electronic era. The racially segregated computors are women who perform the menial computations that allow the male engineers and scientists to plot orbits and determine safety margins for rocket launches. Katherine and Mary are selected for assignments to work directly with the men while Dorothy remains behind to run the black computor room, despite lacking the title and pay raise that should go along with her job. Working on a team designing heat shielding for capsules, Mary determines that she has an aptitude for engineering and, despite obstacles based on both her sex and race, she pushes forward with a single-minded determination that requires a court challenge of segregation laws. Meanwhile, Katherine’s skills as a mathematician get her noticed by Al Harrison (Kevin Costner), the director of the Space Task Group, who gives her increasingly important tasks as the Friendship 7 (Glenn’s Earth orbit) mission approaches. 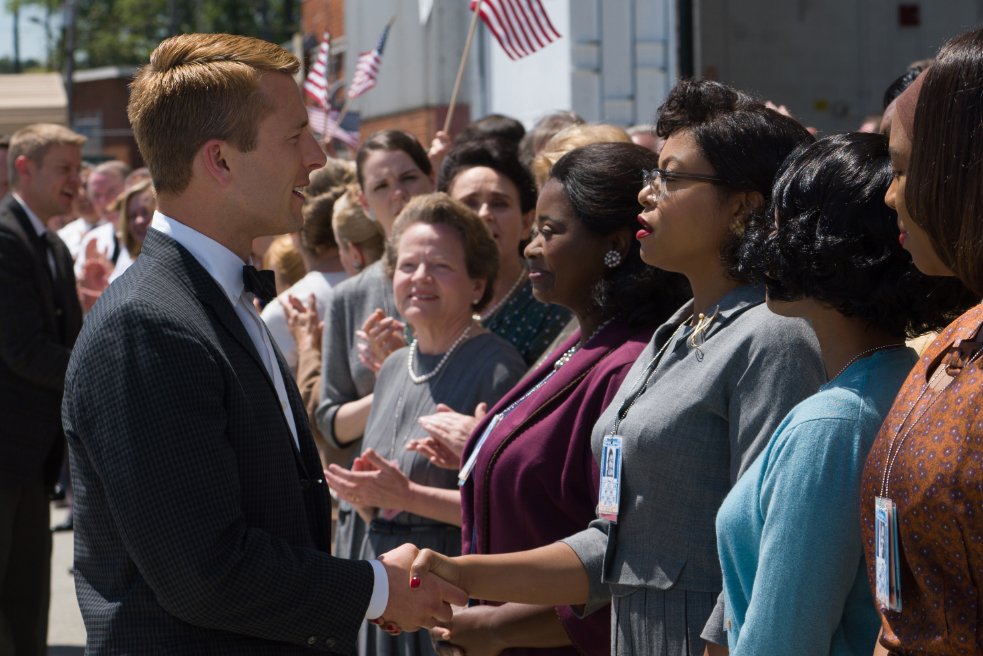 By telling three separate stories, writer/director Theodore Melfi (Saint Vincent) has an opportunity to present not one, not two, but three moments of triumph. Since the story slants toward Katherine, hers is the most forceful but Dorothy and Mary get their time in the spotlight as well. The movie works best during the NASA scenes. Many of the home/life segments feel canned - we’ve seen these character-building incidents before. Hidden Figures does a better job of humanizing its protagonists when they’re at work than when they’re at home. The freshness and authenticity of the NASA material is at times undercut by the clichés that are knitted together to form the women’s domestic circumstances.

Hidden Figures does what it can to convey the lack of workplace equality without resorting to the use of racial epithets or physical violence, neither of which would be allowed in a PG-rated movie. The film’s most pointed statement is presented with a flair of absurdist comedy as it shows the long, time-consuming trek Katherine must endure any time she needs to use the bathroom since the only lavatory in the laboratory is a “whites only” facility. So, rain or shine, she must go all the way to the computors’ building to find a place where she is allowed to go. Harrison’s reaction when he learns of this is a reminder that some in the 1960s were able to see past skin color. 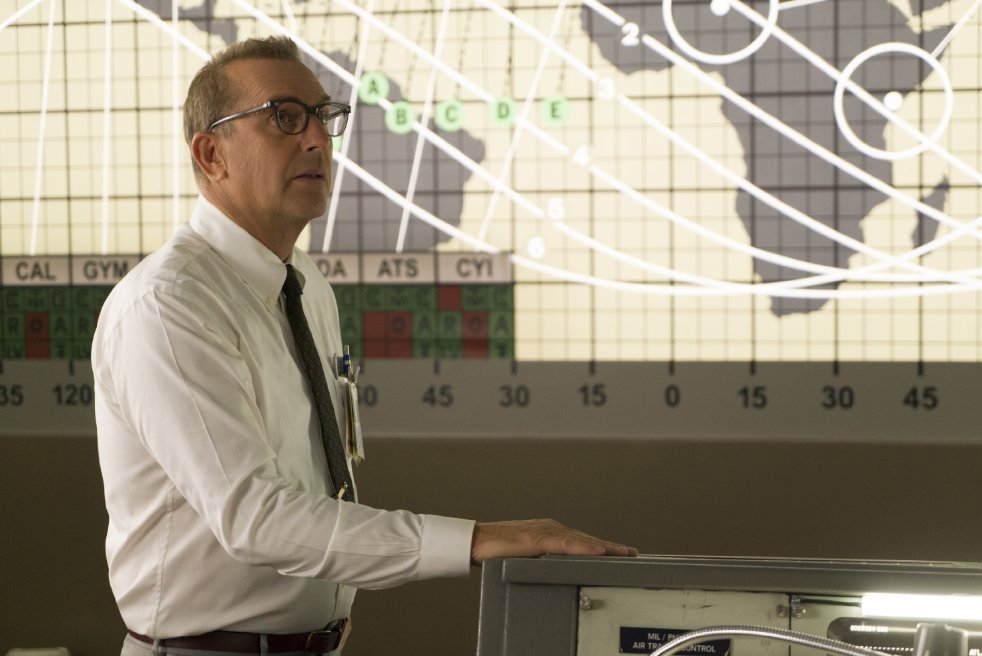 Melfi has assembled a strong cast, led by Oscar and multi-Emmy nominee Taraji P. Henson, Oscar winners Octavia Spencer and Kevin Costner, multi-Emmy winner Jim Parsons (in a straight role), and multi-Golden Globe nominee Kirsten Dunst. Recording artist Janelle Monae gives a solid performance in one of her first dramatic appearances (she’s also in this year’s Moonlight). Henson’s acting has the heart and power to potentially earn her another nod in the 2017 sweepstakes. Costner continues to show growth in front of the camera, evincing layers we never saw when he was a dominant force at the box office. Age has brought maturity. He won’t get an Oscar nomination for his portrayal of the NASA honcho but it is one of the movie’s pleasant surprises.

Historical fudges aside, Hidden Figures provides an example of determination and talent triumphing over an unfair and repressive system - something that, although grounded by the time period in which the story unfolds, has relevance beyond the decade or the century in which it transpires.