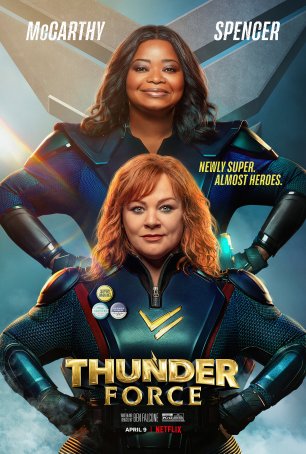 They have outdone themselves. The husband-and-wife duo of writer/director Ben Falcone and actress Melissa McCarthy, responsible for four previous exercises in brain cell-killing cinematic torture (Tammy, The Boss, Superintelligence, and the crème de la crème of their combined oeuvre, Life of the Party), have crafted something that, as impossible as it may seem, is worse than anything they have previously released. Belly-flopping into the superhero movie pool, Thunder Force illustrates what happens when filmmakers take a moderately interesting premise and surround it with witless writing, cringe-inducing acting, stagnant action, humor-deprived comedy, and feckless drama.

The underlying concept is arguably the only aspect of the project that has promise. As a result of an astronomical event, a tiny percentage of human beings have experienced DNA mutations that manifest as superpowers. Unfortunately, the ones so affected are those with strong sociopathic tendences. They become known as “miscreants” and, in a world without an effective means to counter them, they can act with impunity. For Emily Stanton (Octavia Spencer), whose parents were killed in a miscreant attack, creating a superpower serum has become her life’s work. Once she has perfected it, she and her estranged high school best friend, Lydia (Melissa McCarthy), become Chicago’s first superhero duo. Their first challenge is to stop Laser (Pom Klementieff), a psycho who enjoys killing and works for The King (Bobby Cannavale), a Donald Trump-like politician seeking to win the mayoral election. His stable of thugs includes several disposable humans and, in addition to Laser, the mild-mannered Crab (Jason Bateman), whose only “superpower” seems to be that his arms would look good as part of a surf-and-turf dinner. 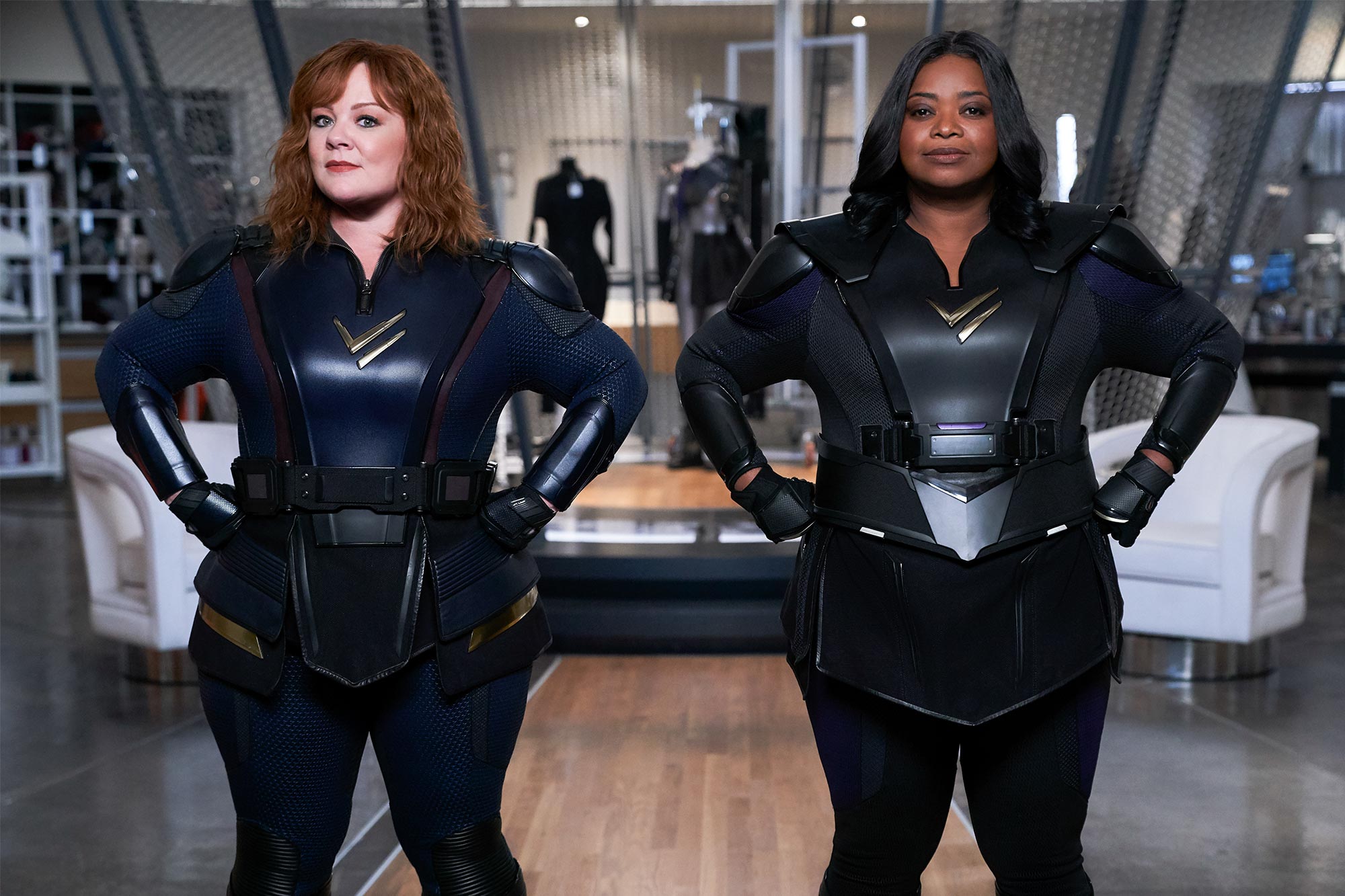 McCarthy is as frustrating an actor as exists. When committed to a project and reined in by a director, she is capable of tremendous work. Her Oscar nominated performance in Marielle Heller’s Can You Ever Forgive Me? was a revelation. However, McCarthy is better known for the lowbrow comedic outings in which she creates annoying and/or grotesque characters whose sole purpose seems to be to irritate viewers past the point of endurance. Lydia is one of these and, although not as nails-on-the-blackboard obnoxious as some of McCarthy’s past screen identities, she is a bland assemblage of tics and cliches. We never see her as a person; she’s the means by which Falcone can transfer his tone-deaf slapstick and staggeringly unfunny jokes from script to screen. Even the best comedies contain bits that don’t work. In Thunder Force, there may not be even one that hits the mark.

The buddy movie elements are poorly executed, due in no small part to the lack of chemistry between the stars. For whatever reason, Octavia Spencer and McCarthy don’t gel. There is a connection between McCarthy and actress Taylor Mosby (who plays Emily’s 15-year old daughter, Tracy), but this friendship is secondary. Dramatic elements meant to explore the bond between Lydia and Emily are so poorly written as to be (unintentionally) laughable. It’s as if Falcone read a book about how to make a failed comedy and applied every lesson.

Then there’s the curious case of Jason Bateman, whose participation is a head-scratcher. Why is he in this movie? (Probably because he’s friends with McCarthy, having appeared opposite her in the equally godawful Identity Thief.) He has sufficient screen time to make it seem like The Crab is going to factor, but that’s a red herring. Bateman’s role is frustratingly pointless. Meanwhile, Bobby Cannavale gets to channel Andrew Dice Clay (he seems to be auditioning for the lead role in the shock comedian’s bio-pic) and Pom Klementieff spends the entirety of her screen time doing strange things with her fingers and looking pissed off. I could mention that Melissa Leo is in the film but unless you watch attentively (something not recommended for mental health reasons), you might not notice her. 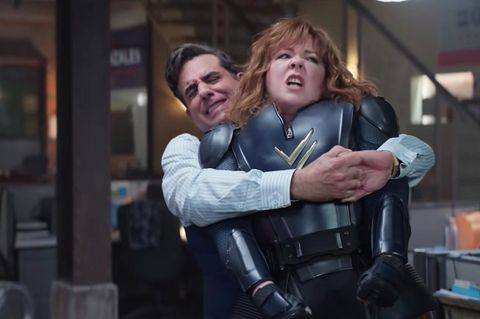 There’s a danger that the evisceration of a bad movie can make it seem enticing. Films that fall into the “so bad they’re good” category are prized by some viewers. Unfortunately, those titles are few and far between. Most bad movies are dispiriting, soulless affairs – vinegar for the mind. You laugh with a good comedy. This one is so inept that it’s impossible even to laugh at it.

One of the unfortunate offshoots of the current comic book movie craze is that it has given birth to productions like this that should have been aborted early in their gestation. The movie was made for Netflix, which lowers the quality bar considerably but this is shockingly bad even for a throw-away, let alone a high-profile addition to the streaming giant’s “A-list” catalog. As a team, McCarthy and Falcone have a proven track record. You know what you’re going to get from them. At its best, it might be borderline watchable. Thunder Force is far, far below that.