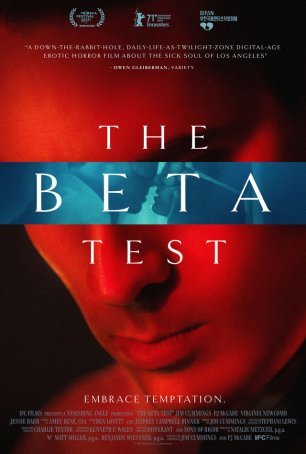 There are three things going on in The Beta Test. One works exceptionally well. One works okay (although it will fare better with “insiders” than “regular folks”). And the other pretty much fails. It’s a mixed bag although the short running time allows the better parts to shine through more strongly than they would in a longer excursion. Those who attend to see the amped-up, on-the-edge performance by lead actor/co-director/co-writer Jim Cummings will depart with a big smile. Those hoping to see an evisceration of the agent/talent power structure in Hollywood will be entertained. But those hoping to see a thriller about sex and clandestine no-strings-attached affairs are likely to find The Beta Test to be a frustrating and unsatisfying experience.

Jim Cummings plays Jordan, a big-time Hollywood agent whose smile is as artificial as the rest of him. The guy is so fake that he no longer knows what’s real in his own life. He is engaged to the down-to-Earth Caroline (Virginia Newcomb), who somehow hasn’t figured out what a phony her finance is. One day, Jordan receives an offer on a card designed to look like a wedding invitation. If he accepts, it guarantees one consequence-free, anonymous sexual encounter. Included is a checklist of kinks, fetishes, and preferences. After toying with it for a while, Jordan gives in to curiosity and makes the appointment. The experience is everything (and more than) he expects but it leaves him hungry to repeat the experience, but no second envelope is forthcoming. Meanwhile, others who have gone through the same “program,” are being murdered by their significant others when their infidelity is revealed. Increasingly on edge, Jordan investigates the organization/person/people behind the invitation while his life (both personal and professional) spins out of control. 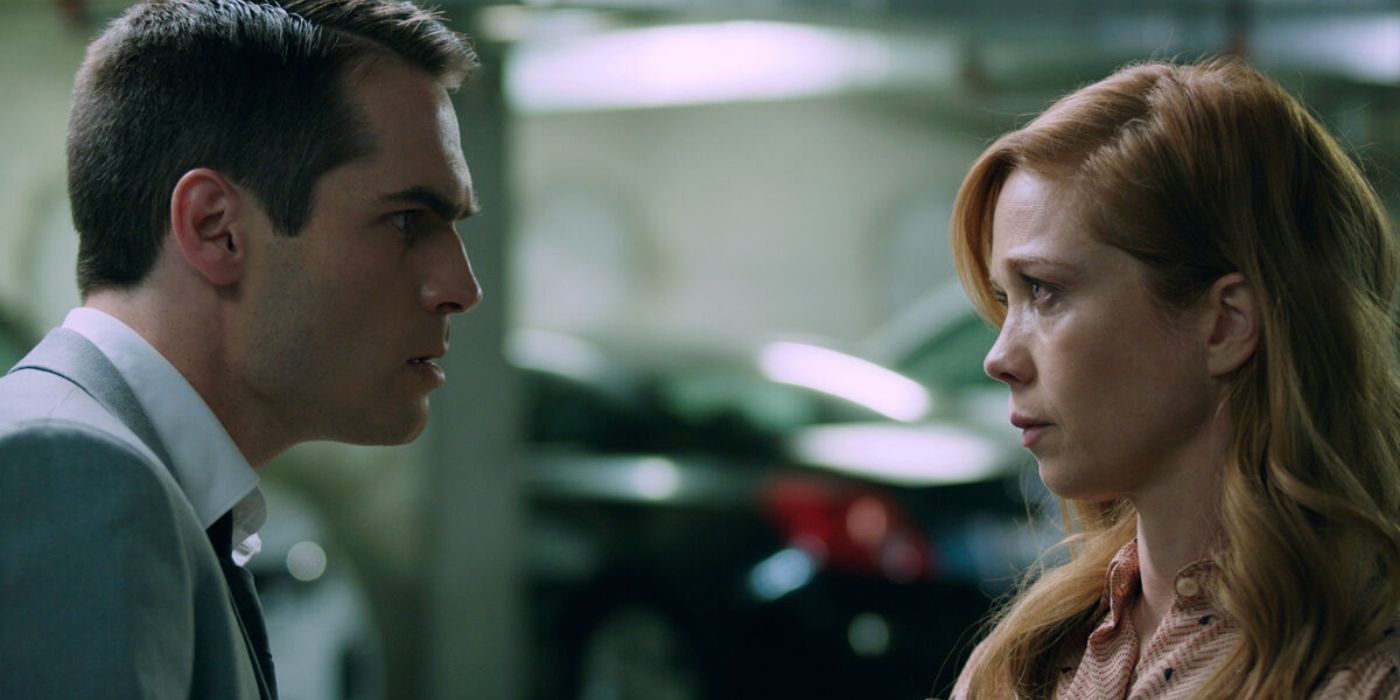 The mystery elements of The Beta Test don’t work. The “truth” doesn’t hold together under a real-world microscope and, even when it’s revealed, there are some basic underlying issues of logic. The last-act twist is a nice turn of events but is still leaves a lot of questions unanswered that nag at the viewer like a sore tooth. Nevertheless, one gets the feeling that the narrative framework isn’t of supreme interest to Cummings and his co-director/co-writer PJ McCabe (who also has an on-screen role as another uber-agent). They’re more interested in exposing and exploding the mythology behind Hollywood’s influencers. Underneath the veneer of civility, culture, and sophistication, everything is rotten and artificial. It’s ultimately an ugly representation of a reprehensible occupation that leaves no doubt what the filmmakers think of the system. At one point, agents worked for actors. Now, it’s the other way around, with agents functioning as power-brokers who use their stables of talent to strong-arm producers.

It’s an open question, however, whether the average viewer will “get” this and, if they do, whether they’ll care. As portrayed by Cummings in a signature performance that elevates two-faced duplicity to a new height, Jordan is as reprehensible in his own way as Gordon Gekko, but without the facile charm. Cummings gives his character a creepy edge that, while occasionally humorous, is more often off-putting (by intention). Comparisons to early-1990s Jim Carrey are on the mark. There’s something of Carrey’s zany energy in the way Cummings approaches the role, but the comedic elements are toned-down in the service of something darker.

While The Beta Test does a solid job of presenting Jordan as the kind of person ripe for a comeuppance and giving us a high-octane performance to go with it, the movie falls down when it comes to basic storytelling. The underlying idea is sufficiently intriguing to draw the viewer in and observing Jordan’s behavior has the same appeal as watching a train wreck, but the conclusion is weak and unsatisfying. The Beta Test could use a little further refinement.