Otmara Marrero plays Karen, whose relationship with an older, wealthy woman named only as “D” (Sonya Walger) ends badly. The specifics aren’t revealed and aren’t germane to the story but, when we first meet Karen (following a brief prologue), she has been locked out of the home she shared with her lover (and denied access to her dog). She seeks refuge at D’s Pacific Northwest lake house, where she acts as if she belongs. She isn’t the only trespasser on the property, however. Lana (Sydney Sweeney) is staying at a house across the lake and uses D’s dock for sunning and swimming. The two connect but the awkwardness in their friendship is fueled in part by Karen’s attraction to the younger girl and Lana’s bi-curiosity. The evolving relationship takes a turn, however, when unsurprising (and somewhat clichéd) secrets are revealed. Meanwhile, D remains in the background, making subtly threatening phone calls and employing a handyman (Will Brittain) to keep an eye on the intruder. 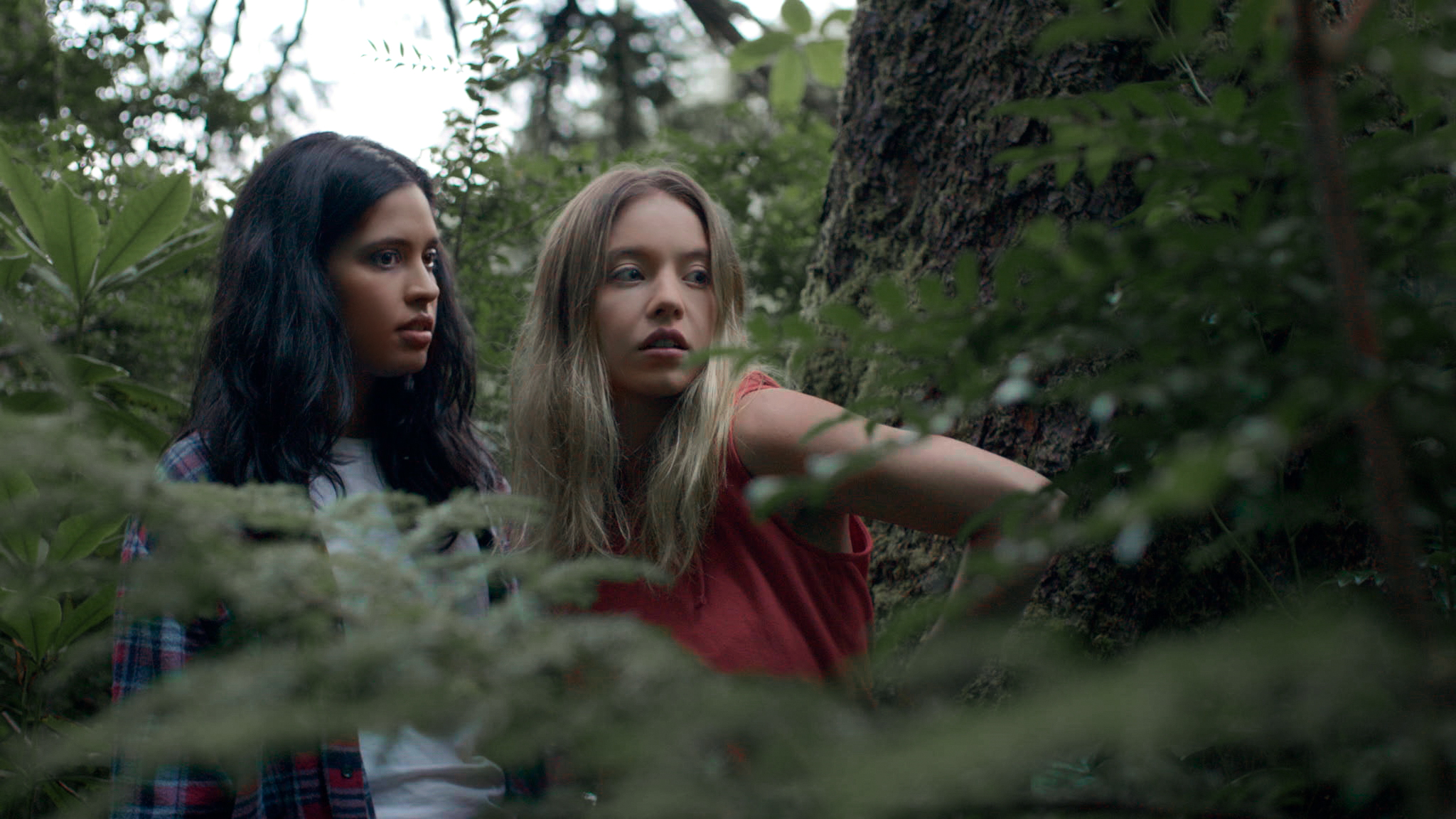 Two problems are immediately obvious about Clementine. The first is that neither character feels real. They aren’t believable; they’re a writer’s constructs. Putting aside questions of logic – and there are a lot of those – everything about the way Karen and Lana interact reeks of artifice. The second problem compounds the issues. Neither actress – relative newcomer Marrero, who bears a passing resemblance to a young Rosario Dawson, and the more seasoned (but younger) Sweeney – inhabits her character with any degree of credibility. They exhibit no chemistry and, as a result, any sexual frisson between them dissipates before the viewer is aware of it.

Andres Karu’s lush cinematography (the movie is admittedly gorgeous) and Katy Jarzebowski’s discordant score seem like they were designed for a different movie. The setting and the manner in which they are presented on film is ideal for a psychological thriller or a horror film but neither matches the director’s intentions. This creates a weird dissonance between the low-key, emotionally fragile relationship and expectations established by the music and visual cues. Even had the technical elements been more in synch with the tone, screenwriting problems abound. The ending isn’t only anticlimactic, it’s disappointing on many levels. By the end of the last act, I didn’t care about either of the characters. Ten minutes into the movie, my level of engagement was high. By the end, however, I wanted to move on. The only reason I stuck it out until the end credits is because it’s unfair to write a review without seeing the entire movie. Since the average viewer doesn’t have that obligation, it’s open question whether many will stay for the duration.