There’s a method to the madness of first-time director Ninian Doff, and also a message in that madness. A survival-of-the-fittest comedy set in Scotland’s Highlands, Get Duked! (née Boyz in the Wood) illustrates that a traditional horror premise can be turned on its ear and used for much different purposes. By mixing slapstick humor, outright silliness, and a psychedelic edge, Doff trades tension for laughs. He also has a political point to make about class divisions and the haves-and-have-nots.

The admittedly-thin premise is that three scholastically challenged kids – Duncan (Lewis Gribben), Dean (Rian Gordon), and D.J. Beatroot (Viraj Juneja) – are sent into the Scottish Highlands to compete for the “Duke of Edinburgh Award,” which is obtained by making a long, dangerous trek to a finish line. They are joined by loner/loser Ian (Samuel Bottomley), who is easily the most competent of the group but also an outsider. Their progress is monitored by their adult chaperone, Mr. Carlyle (Jonathan Aris). What none of them realizes, however, is that the territory into which they’re about to enter is patrolled by The Duke (Eddie Izzard) and his wife, The Duchess (Georgie Glen), who enjoy hunting (and killing) interlopers in the name of “culling the herd” to maintain the preeminence of the landed gentry.

Yes, it sounds like a horror film, but the same could be said about Get Out. Instead, Get Duked! revels in the cluelessness and inanity of its main characters as they stumble from misadventure to misadventure. When faced with the possibility of a confrontation with their adversaries, their approach recalls Sean Connery’s line from The Untouchables about bringing a knife to a gunfight – except they don’t have a knife. All they have is a “well-sharp” fork. They are, however, aided by ingesting hallucinogenic rabbit shit. Meanwhile, the local constabulary is onto them, thinking that the interlopers might be anything from bread thieves to terrorists to zombies, especially when they learn that the outsiders bring with them the twin devils of drugs and hip-hop.

Get Duked! gains a lot of mileage out of D.J. Beatroot’s name. Of course, that’s not his real name; he chose it after careful consideration and his companions are relentless in poking fun at it. In the end, however, Beatroot has the last laugh. After a great deal of self-promotion, he becomes something of a local celebrity and, at an impromptu rave attended by hardened farmers, he learns the real meaning of the term “highlands.” 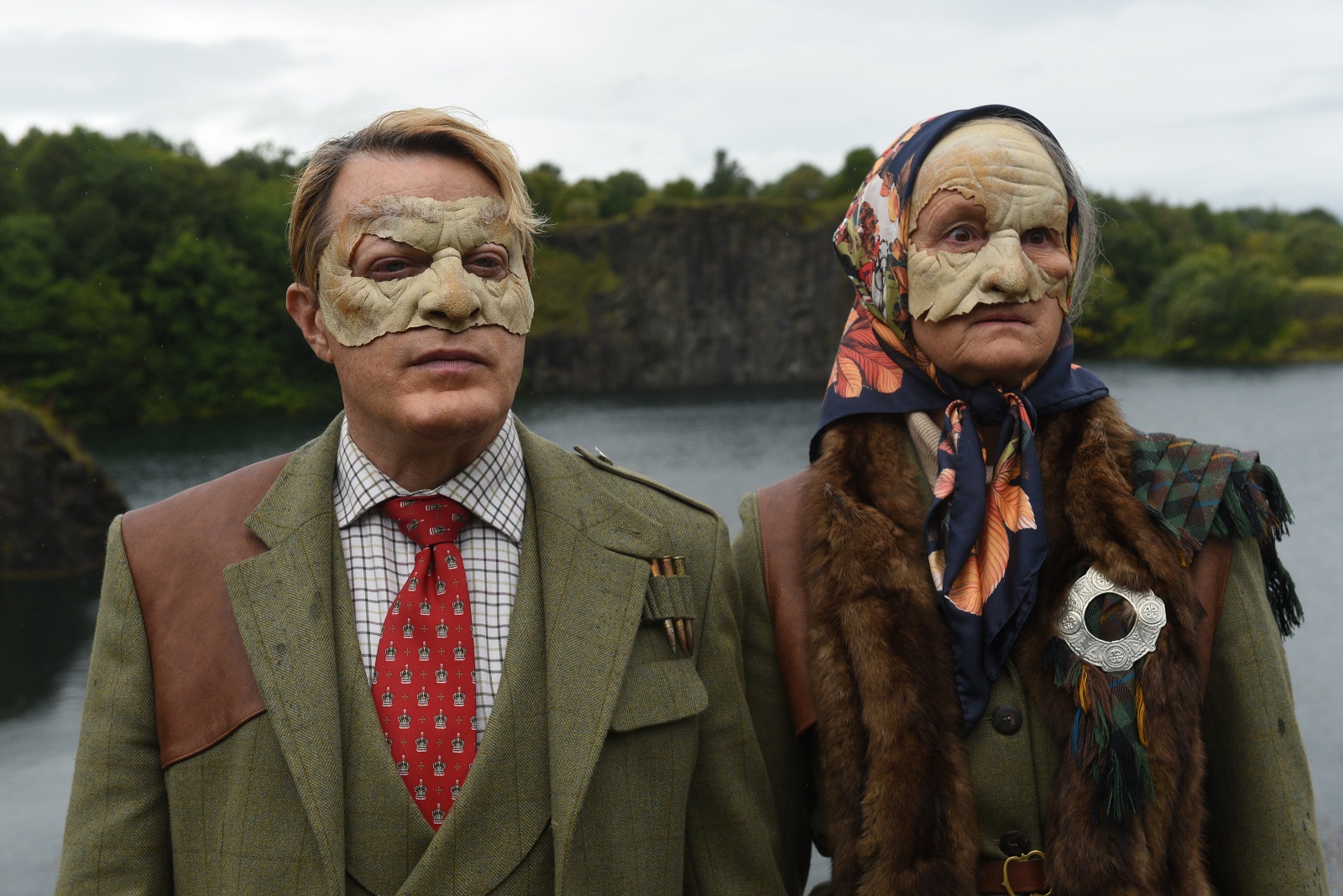 Executive Producer Eddie Izzard (the only member of the cast likely to be known to international audiences) plays The Duke with the right mix of self-important arrogance and sociopathic insouciance.  He’s so convinced of the rightness of his actions and the inevitability of his triumph that he engages in the villain’s pitfall of talking too much. His character’s actions recall The Hunt, an uneven and less successful attempt to mine similar territory that was released around the time that theaters were shut down in late March 2020. Get Duked! makes similar points but is consistently funnier in doing so. And, unlike The Hunt, which attempted to blend horror and satire, this movie puts the emphasis on the latter.

As titles go, Get Duked! (named after one of the rap anthems belted out by D.J. Beatroot during a key sequence) isn’t the catchiest of monikers. Then again, the name under which the movie premiered at the 2019 SXSW Film Festival, Boyz in the Wood, wasn’t much better. (Presumably, it was changed out of a concern that the film might be misperceived as a satire of John Singleton’s Boyz in the Hood.) The movie as a whole is considerably better than its name – an engaging comedic romp that manages to be funny even at times when it has no right to be. Unafraid to try things that more experienced directors might avoid and possessing an extraordinary skill with comic timing (keep your eye on the runaway car…), Doff announces himself as a talent to be reckoned with. His feature debut seems destined for admission into the cult classic hall of fame.