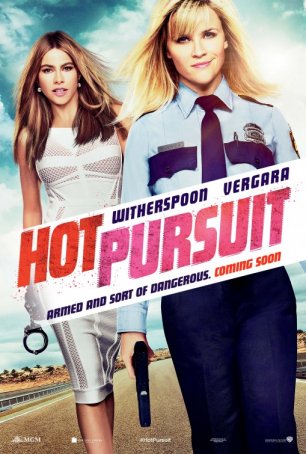 It's surprising that Warner Brothers has elected to release such a bad movie in the midst of the hottest box office season - flotsam of this nature is normally unceremoniously dumped in February or September. There's hardly an area in which Hot Pursuit is not found lacking. The comedy is unfunny with joke after joke falling painfully flat. The action is pedestrian at best - both uninspired and uninteresting. The screenplay is a lifeless mélange of clichés and stock plot elements, frosted with awful dialogue and stale character development. The acting is deficient with no evidence of chemistry between the leads. It's hard to believe the movie clocks in at less than 90 minutes - it seems easily twice as long as Titanic. 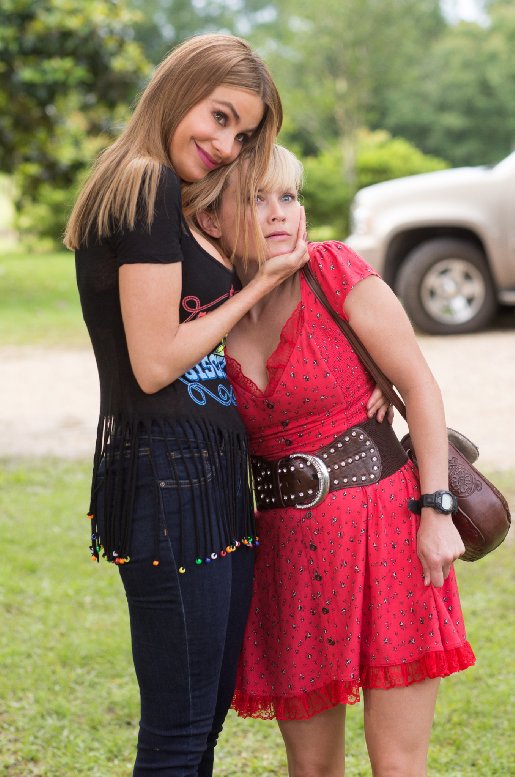 Hot Pursuit's core premise is a dubious one at best: take the normally male-centered "buddy cop" movie and replace the testosterone with estrogen. This has been attempted previously in misfires like the Sandra Bullock/Melissa McCarthy endurance test, The Heat, so it's not traversing untraveled terrain. The problem is that buddy cop movies, regardless of the race or gender of the protagonists, are invariably regurgitations of tropes and overfamiliar characters. Is Lethal Weapon the last time a filmmaker did something interesting with this subgenre? Certainly, there's nothing in Hot Pursuit worthy of a more positive reaction than disdain or boredom. A third of the way through 2015, it holds the pole position in the race for the coveted position of Worst Movie of the Year. 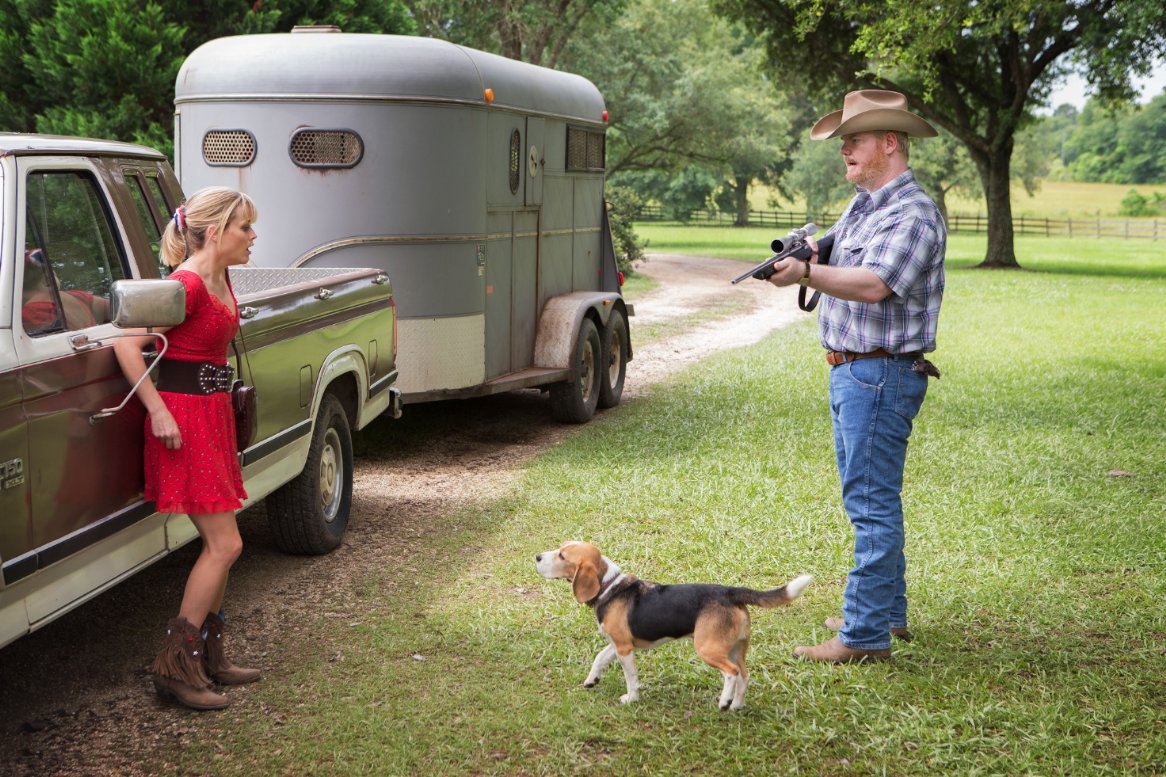 The story transpires in the Great State of Texas, where small-town cop Rose Cooper (Reese Witherspoon) is given a chance to escape from the ignominy of desk duty by escorting the wife of a Federal witness to court. When the husband and a Federal Marshal are killed, Rose finds herself on the run alongside Daniella (Sofia Vergara), trying to clear her name and deliver her package so the Big Bad Cartel Leader (Joaquin Cosio) doesn't go free. Along the way, the terrible twosome dodge bullets, yell at each other, engage in an awkward (fake) lesbian kiss, and do their best to top each other's bad acting. Had the movie been even a little funny or a little exciting, it might have been endurable. It is neither and therefore comes as close to unwatchable as anything released in recent months. 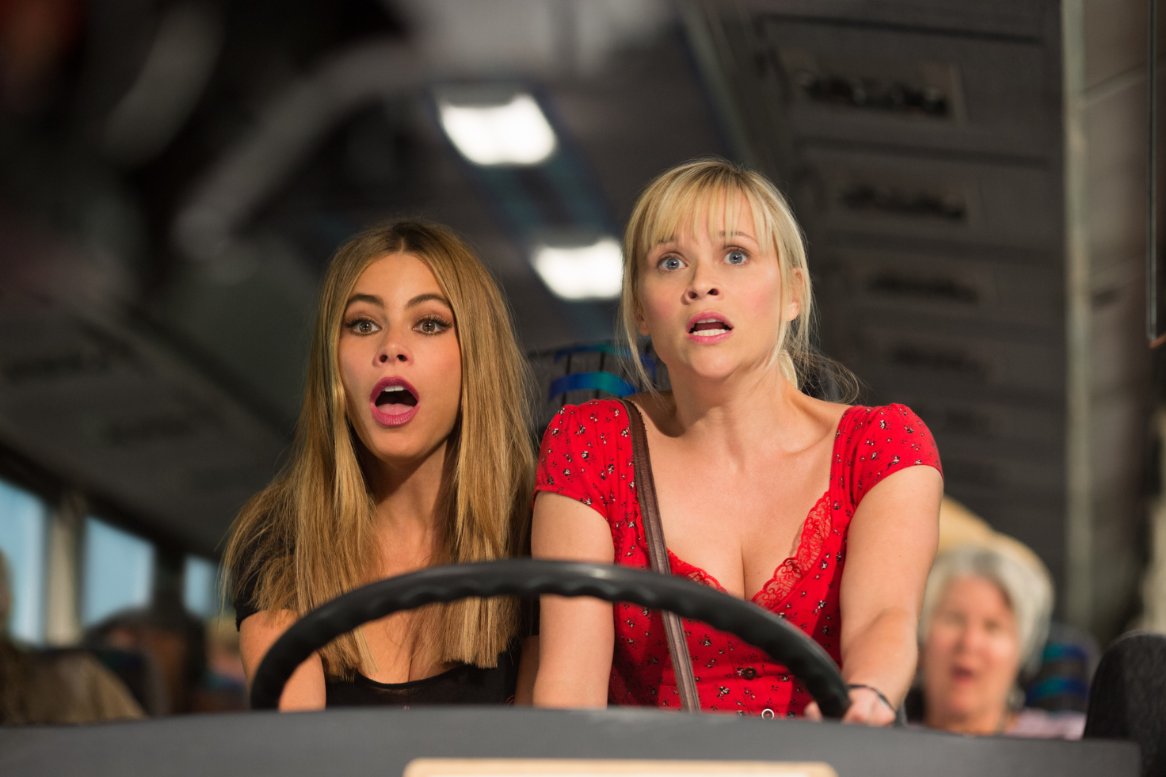 With an Oscar win and another nomination under her belt, Reese Witherspoon can be accorded some latitude for turning in such a lackluster performance. Sofia Vergara, however, displays little in the way of screen presence or acting ability. The mutual chemistry (or lack thereof) would be more appropriate for mortal enemies than adversaries-turned-allies. They don't seem to like each other and the vibe doesn't change as the script forces them to work together. Hot Pursuit also features a token love interest for Rose (Michael Mosley) and a host of villain-types who are more irritating but less flavorful than a piece of chewed gum stuck to the bottom of a shoe.

It's astonishing how few of Hot Pursuit's jokes work. Most are tired - we've seen variations of them in other movies and, in some cases, they weren't funny the first time. Because the film is PG-13, there's no envelope-pushing, although there are the requisite double entendres. The writing is lazy - this applies not only to the comedic aspects but to the narrative as a whole. Anne Fletcher proves that female directors can be just as misguided as male directors when saddled with d.o.a. projects. There's nothing Fletcher could have done to rescue Hot Pursuit and it's impossible to tell whether she tries. The only saving grace of this movie opening in the midst of such a crowded, competitive field is that it will be gone from theaters before anyone realizes it exists - a welcome blessing.