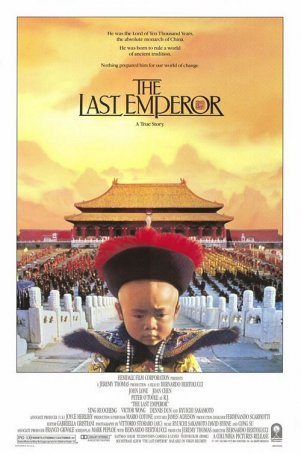 The careers of filmmakers David Lean and Bernardo Bertolucci overlapped for a short span (Lean’s best years coming prior to Bertolucci’s breakthrough) but, when the controversial Italian director released his celebrated epic The Last Emperor to international acclaim in 1987, Lean’s influence was palpable. This was in part due to the participation of Peter O’Toole, whose career highlight was in Lean’s Lawrence of Arabia, and in part due to the slow, sprawling nature of the production, which echoed Lean at his least commercial.

The Last Emperor is an outlier in Bertolucci’s oeuvre in that it has a minimal focus on sex. For the director of The Last Tango in Paris, Stealing Beauty, and The Dreamers, this is tame stuff. Nudity is limited to a few brief glimpses of a breast-feeding wet nurse and a shot of Joan Chen in a diaphanous gown. Sexual activity, to the extent that it’s shown, happens underneath a sheet that teases the imagination but shows little. Arguably the most erotic scene involves the removal of a stocking and some toe-sucking in an unapologetically lesbian tryst. The Last Emperor became the first PG-13 rated film to win the Academy Award. The film chronicles the life of Puyi, or Pu Yi (played as an adult by John Lone), the Last Emperor of China, by using a flashback structure where the “present” is 1950. In that time period, Puyi is a political prisoner at the Fushun Prison. He attempts suicide but is saved before he can bleed to death. He is then forced to write a “confession” that provides the means by which the film can slip back in time to key events in Puyi’s life between 1908 and the 1940s.

Much of the film concerns Puyi’s life in the Forbidden City. He is summoned there as a young child by the Empress Dowager Cixi, who names him as the next emperor with her dying breath. Frightened and lonely despite an army of eunuchs and maids catering to his whims, his only friend is his wet nurse but, when his relationship with her is deemed to be inappropriate, she is removed. After China becomes a republic in 1912, Puyi (by now a spoiled and capricious ruler) meets his brother and learns that he is no longer Emperor. His domain has been shrunk to The Forbidden City. The Scotsman Reginald Johnston (Peter O’Toole) arrives to be his tutor and he marries two women: the Empress Wanron (Joan Chen) and a secondary consort, Wenxiu (Wu Junmei). Unschooled in sex, he allows himself to be taught by his new wives.

In 1924, Puyi is removed from The Forbidden City and exiled to Tientsin where he lives a debauched and decadent life until the Japanese install him as the “Emperor” of the newly created Manchukuo (which is what they call Manchuria after invading and conquering it). Wenxiu divorces him and Wanron becomes a disillusioned opium addict. Puyi remains as the “ruler” of Manchukuo until the end of World War II when Japan is defeated and the Soviet Army captures him. 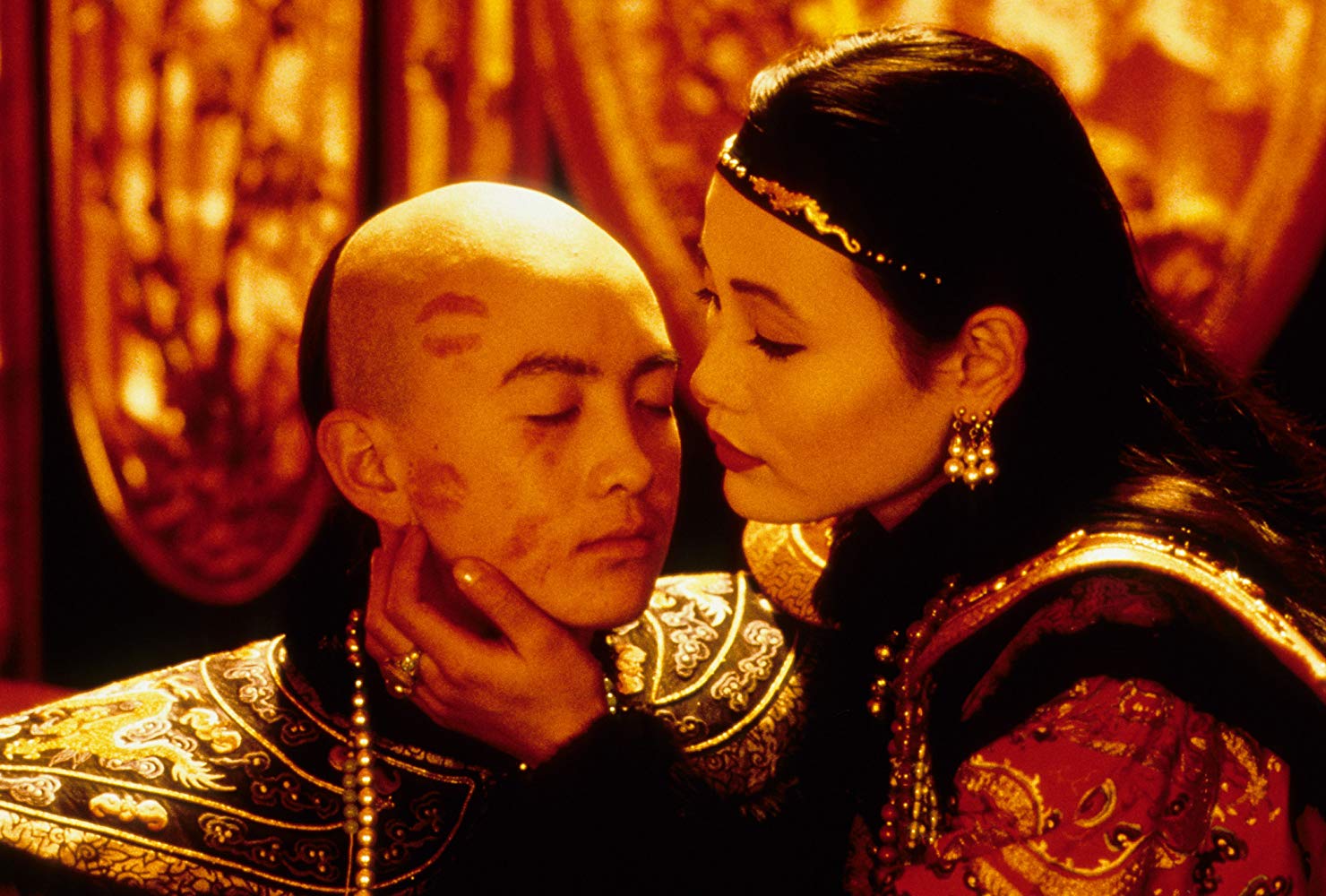 For the most part, The Last Emperor adopts a solemn tone. The film drips with the sadness that accompanies the end of an era and a profound sense of loneliness envelops Puyi. Despite historical omissions designed to “soften” the character, the emperor comes across as an erratic, cold figure (his treatment of Wanron being the most obvious example of his callous nature). It’s not difficult to recognize how this personality was formed. Surrounded by eunuchs, toadies, and functionaries, he is deprived of comfort, love, and kindness. Bertolucci enables us to understand Puyi without necessarily empathizing with him.

The Last Emperor is a handsomely mounted production because significant portions were filmed on location in The Forbidden City. Bertolucci cultivated a relationship with the Chinese government that gave him access to the monument and the movie became one of the first major productions to be permitted to film there. The cinematography, by legendary DP Vittorio Storaro (who for many years was Bertolucci’s go-to cinematographer and has recently taken up that role for Woody Allen), infuses The Forbidden City scenes with a mosaic of deep reds and yellows while desaturating the 1950s prison images to the point where they’re predominantly black, white, and gray. Despite the authenticity of the settings, however, Bertolucci made a major concession to international (and especially American) appeal: the dialogue is mostly in English, even though the natural languages of the characters would have been Mandarin, Cantonese, and Japanese. 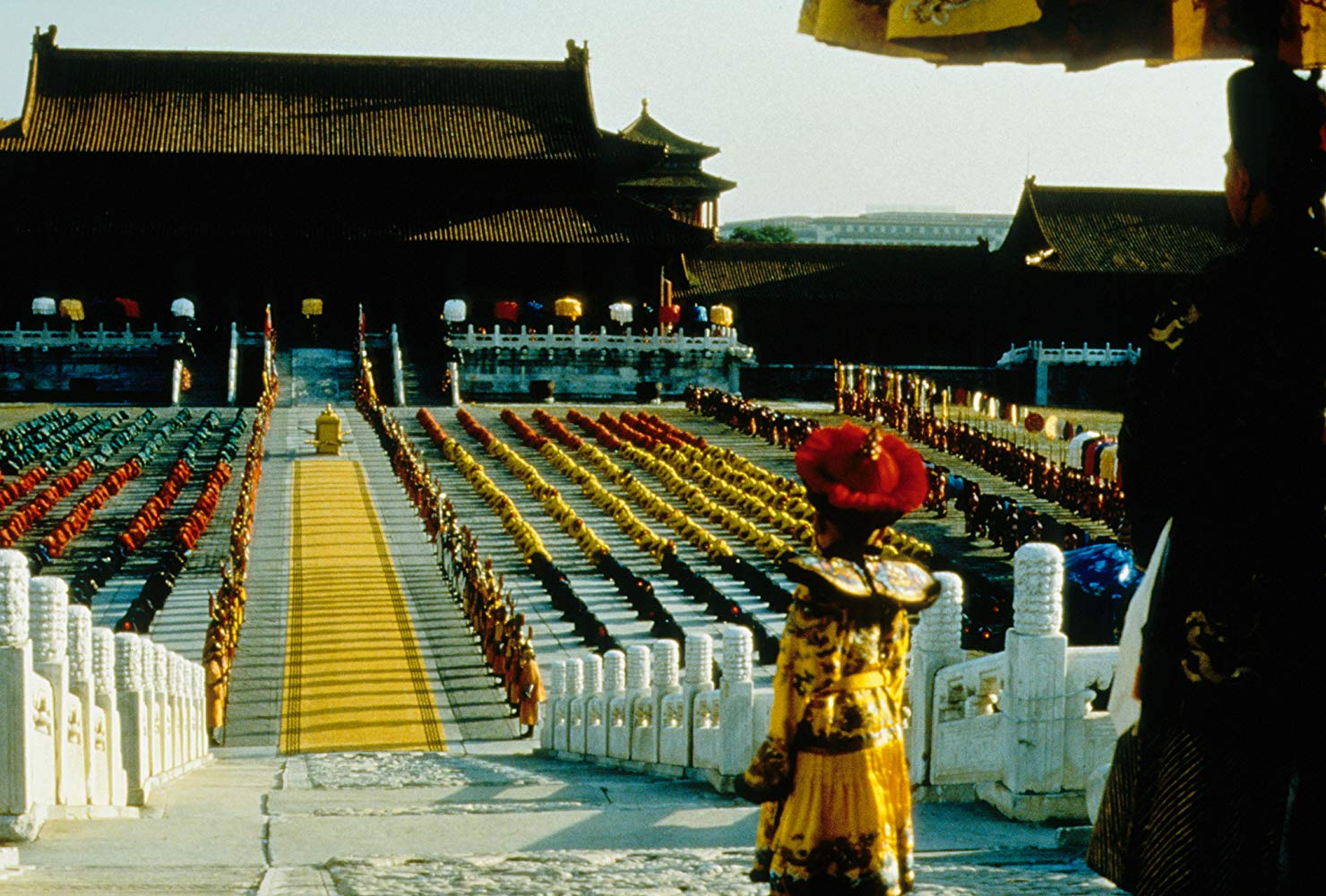 One of the problems with The Last Emperor relates to its non-chronological structure. Although the approach of using Puyi’s 1950s prison stint as a framing device for flashbacks is narratively workable, it interrupts the overall flow and momentum. The title character, who is played by four different actors (at different ages), loses definition. It can be difficult to become immersed in his life when the movie keeps jumping back and forth in time. In a long production like this, the issue is more noticeable than it might be in a shorter one.

The cast is what today might be considered “ethnically appropriate,” with the only Caucasian of note being Peter O’Toole. Bertolucci initially targeted Sean Connery for the role but Connery, after reading the script, decided he wasn’t right for the part and talked the director out of pursuing him. (Ironically, the role Connery took instead of The Last Emperor was in The Untouchables, for which he won a Best Supporting Actor Oscar.) O’Toole brings a sardonic twist to his part and, over the years, it has become one of his best-recognized performances. John Lone, as the adult Puyi, is intentionally low-key, often making the character seem like a bystander in his own story. This was by far the most high-profile film in which Lone appeared; he retired from acting in the mid-2000s. Joan Chen was a rising international star at the time when she appeared in The Last Emperor. Although the movie didn’t earn any acting nominations, Hollywood noticed Chen and her workload increased following the movie’s 1987 release. 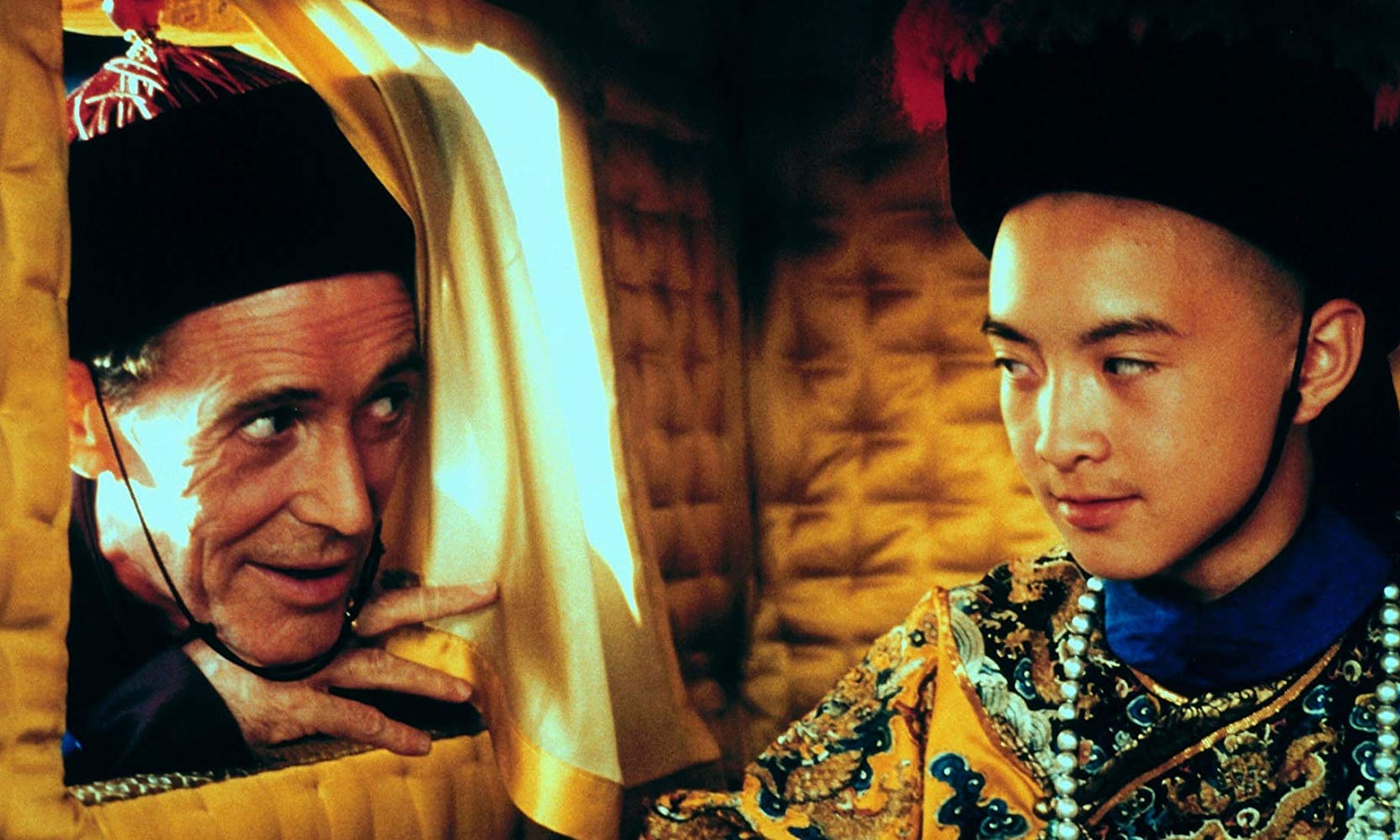 Two versions of The Last Emperor are available for home viewing. The shorter (preferred) one is the theatrical release, which runs a lengthy 2:43. The longer cut adds about 60 minutes of footage. Although it is sometimes called the “director’s cut,” Bertolucci is on record saying that he prefers the theatrical edition. According to him, the 3 ¾ -hour version had a lot of extraneous and redundant material re-inserted to pad out the running length so it could be shown as a TV mini-series. Having watched both versions, I can attest that little of value is added in those extra 60 minutes. They hurt the pace and make it difficult to watch The Last Emperor in a single sitting.

The Last Emperor’s Oscar surge – nine for nine, including Best Picture and Best Director – was a combination of good fortune and a shrewd marketing strategy by the U.S. distributor, Columbia Pictures. The movie’s American release was held back to build momentum leading up to its nomination, thereby keeping it foremost in voters’ minds during early 1988. The film didn’t achieve its full wide release until the Friday after the Oscars telecast. In the night’s biggest contest, The Last Emperor benefitted from weak competition. It was far and away the best production in the running – the other choices were Broadcast News, Fatal Attraction, Hope and Glory, and Moonstruck. (The real best movie of the year, The Untouchables, wasn’t nominated.) In addition to cementing its reputation with the Oscar win, The Last Emperor illustrated that Bertolucci could do more than make lurid artistic fare. His venture into David Lean territory gave him his only Academy Award and became the most celebrated motion picture of his career.