If Vin Diesel is looking for a third franchise to add to his resume, The Last Witch Hunter might be considered a “safe” option. His character, Kaulder, an 800+ year old warrior for the forces of good, doesn’t require Diesel to step out of his comfort zone. He’s Dom Torreto without the car, Riddick without the stare. Unfortunately, a film needs more than Diesel’s Stallone-ish appeal to succeed and that’s where The Last Witch Hunter is found lacking. Elements of the narrative are beyond confusing and director Breck Eisner’s spastic “style” of staging action scenes forces the viewer to wait until the fight is over to figure out who won. There are hints that at some point during its genesis, The Last Witch Hunter involved a more ambitious story than the one assembled in this 106-minute feature but if a better version existed, it didn’t make it to theaters.

The movie starts out with a visually arresting but largely incoherent sequence in which a bunch of men looking like Lord of the Rings refugees enter the lair of the Witch Queen (Julie Engelbrecht) with the goal of putting an end to her reign and the pestilence associated with it. Most of what happens inside is a blur but one knight - the aforementioned Kaulder - makes it out alive. As he kills the Witch Queen, however, she curses him with immortality. Bummer.

The next time we meet him, he’s wandering around the modern world doing what he’s been doing for the past eight centuries - kicking evil witch butt.  His sidekick, Dolan the 36th (Michael Caine), is getting a little long in the tooth. Opting for retirement, he introduces Kaulder to his replacement, Dolan the 37th (Elijah Wood), then promptly kicks the bucket. Kaulder, thinking it unlikely that his friend would retire and die on the same day, investigates and discovers a dark conspiracy engineered by a coven intent on resurrecting the Witch Queen. With the aid of an attractive good witch, dream walker Chloe (Game of Thrones’ Rose Leslie), Kaulder tries to remember a key memory he has forgotten, then gets involved in another action sequence where we have trouble figuring out what’s happening. 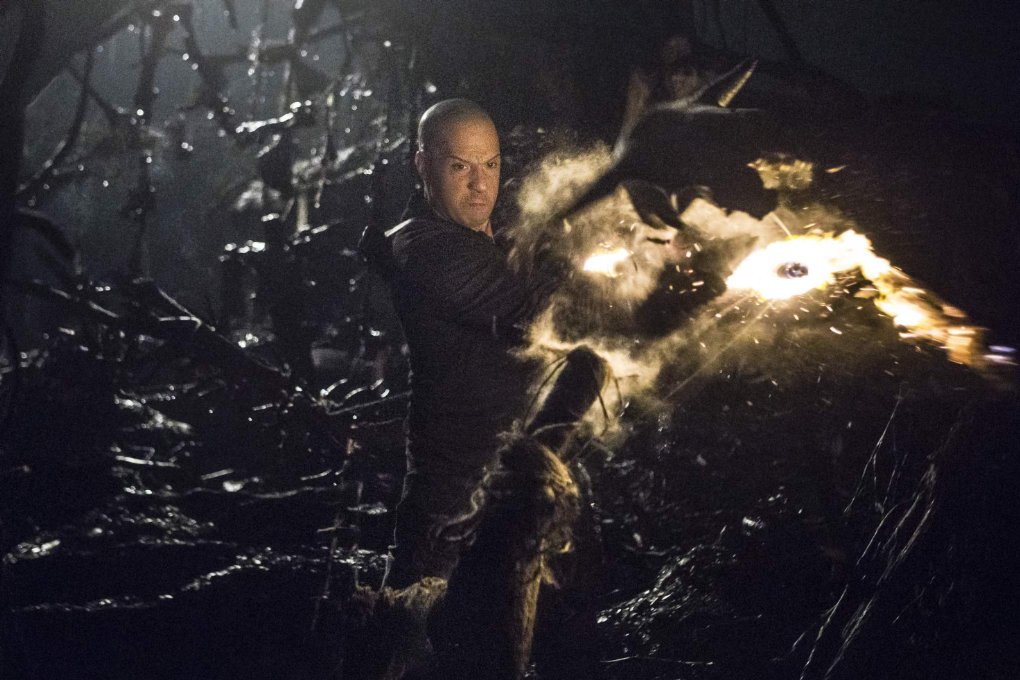 As trashy fantasy movies go, at least this one isn’t boring. It’s loud and raucous and Diesel and Leslie seem to be invested in their characters.  The same can’t be said of Michael Caine, although it’s tough commenting about his acting since it mostly involves him lying on his back in a coma. Elijah Wood is so forgettable that the only reason we remember he’s has a part in The Last Witch Hunter is because of a late-innings “twist.” The less said about that plot point the better - it serves little purpose beyond dragging out the running length by ten minutes and transforming a clean ending into a sloppy one.

I mentioned earlier that there are flashes of a better movie embedded herein. Kaulder’s immortality is treated as a more of a curse than a blessing and we can see how the passage of time has weighed on him. He’s cocky, arrogant, and afraid of getting close to anyone. The Witch Queen’s end game could be considered clever, although I’m not sure it makes much sense. The flashback/dream sequences are effective in humanizing Kaulder although his pain doesn’t come across as vividly as the filmmakers hope.

The Last Witch Hunter feels like the first episode of a would-be series although, unlike some similar endeavors, it tells a stand-alone story. It bears a passing resemblance to another 2015 title, Seventh Son (although that film stayed entirely in a Dungeons & Dragons era while this one only starts there), but isn’t quite as engaging. The film lacks the quality one expects from a late October/Oscar Season release, feeling instead more like a worthy contender for January/February distribution. Regardless of the date of its unveiling, however, no amount of witchcraft will be able to attract a large enough audience for this to achieve a better box office reception than the tepid one it deserves.