Call it The Golden Compass rule: No multi-part movie series should be started without a reasonable certainty that the story will be told in full. And, although The Golden Compass’ planned sequels were the first recent films to fall afoul of the first movie’s box office failure, they weren’t the last. Young Adult (YA) fiction, briefly a shining star in the motion picture firmament, burned out more quickly than Hollywood expected, leaving behind the wreckage of would-be franchises whose core audiences had abandoned the genre. Divergent, after completing three of four chapters (the third novel was unwisely bifurcated – a greedy decision that had unfortunate results), was abandoned, leaving fans uncertain about the characters’ fates. Other series barely got off the ground. The Darkest Minds, based on the first book of a YA trilogy by Alexandra Bracken, seems destined to among those. And, because Book One functions as little more than foreplay, the climax offers little in the way of release. As the credits roll, with most of the major plot threads unresolved, the frustration is palpable, especially when one recognizes that there will be no second installment to move things forward.

The Darkest Minds has an intriguing premise and some of what it does is, if not brilliant, at least entertaining. The film, directed by Jennifer Yuh Nelson (moving from the animated Kung-Fu Panda sequels to live action with this production), projects what might happen in a world without children. A mysterious disease kills 90% of the underage population and leaves the remained “impaired” with various special abilities: super-intelligence, telekinesis, control of electricity, control of fire, and (most dangerous of all) the ability to manipulate the minds of others. The government removes the surviving children from their homes and places them in concentration camps. A few escape and form their own legion but most are carefully controlled. 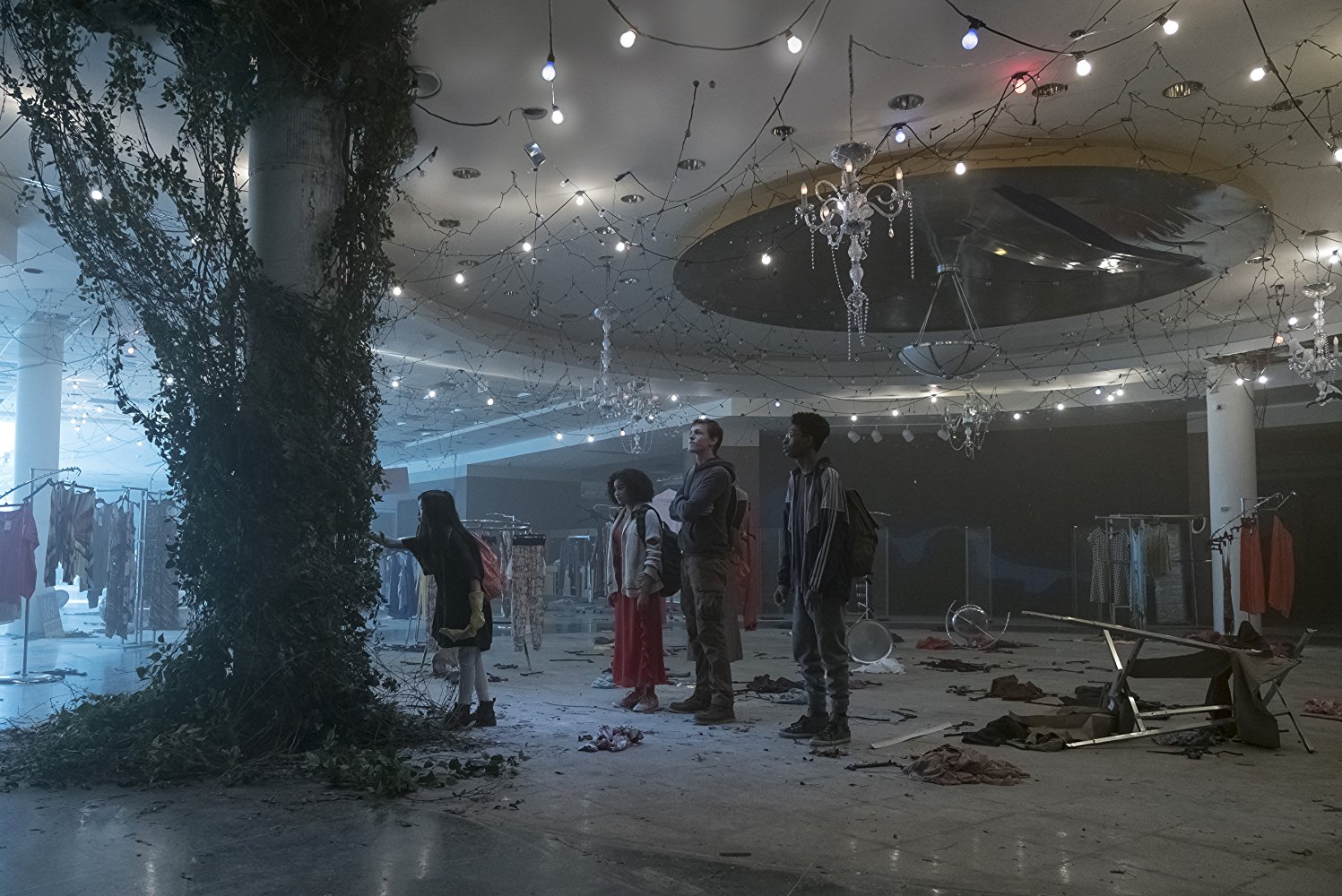 Unlike The Children of Men, which also posited a world without children, this movie isn’t thoughtful. It doesn’t explore the ramifications of the lack of young blood in an aging society. Instead, it follows a small group of survivors who are seeking to escape the hounds nipping at their heels. Led by Ruby Daly (Amandla Stenberg), a 16-year old “orange” (the color designates that she has mind-powers), the outcasts include the “blue” (telekinesis) Liam Stewart (Harris Dickinson), the “green” (super-smart) Chubs (Skylan Brooks), and the “yellow” (electricity) Zu (Miya Cech). They are aided by the helpful Dr. Cate Connor (Mandy Moore) and the President’s son, Clancy Gray (Patrick Gibson), while being hunted by the bounty hunter Lady Jane (Gwendoline Christie) and various government military men. Their goal: a hidden community where no one is segregated by color and children are allowed to build a new society.

I would have been more kindly disposed toward The Darkest Minds had it been constructed as a stand-alone tale. However, like The Fellowship of the Ring, while there is a logical stopping point, it by no means tells a whole story. What we get contains moments of pathos and sacrifice, a few so-so action scenes, a fair amount of exposition, and a great deal of character building. All of this is necessary to set up a bigger arc but there’s no real payoff. The villain survives and the war is just beginning. By incorporating superhero elements into the narrative (the children’s powers are much like those exhibited by The X-Men), The Darkest Minds is perhaps seeking to reach beyond the traditional YA audience but the effort is half-hearted. The tone and approach are obviously YA (which is directed toward a primarily female demographic). The movie feels a lot like The Hunger Games, Divergent, and The Maze Runner. Specifics are different but this is a pea in that pod. 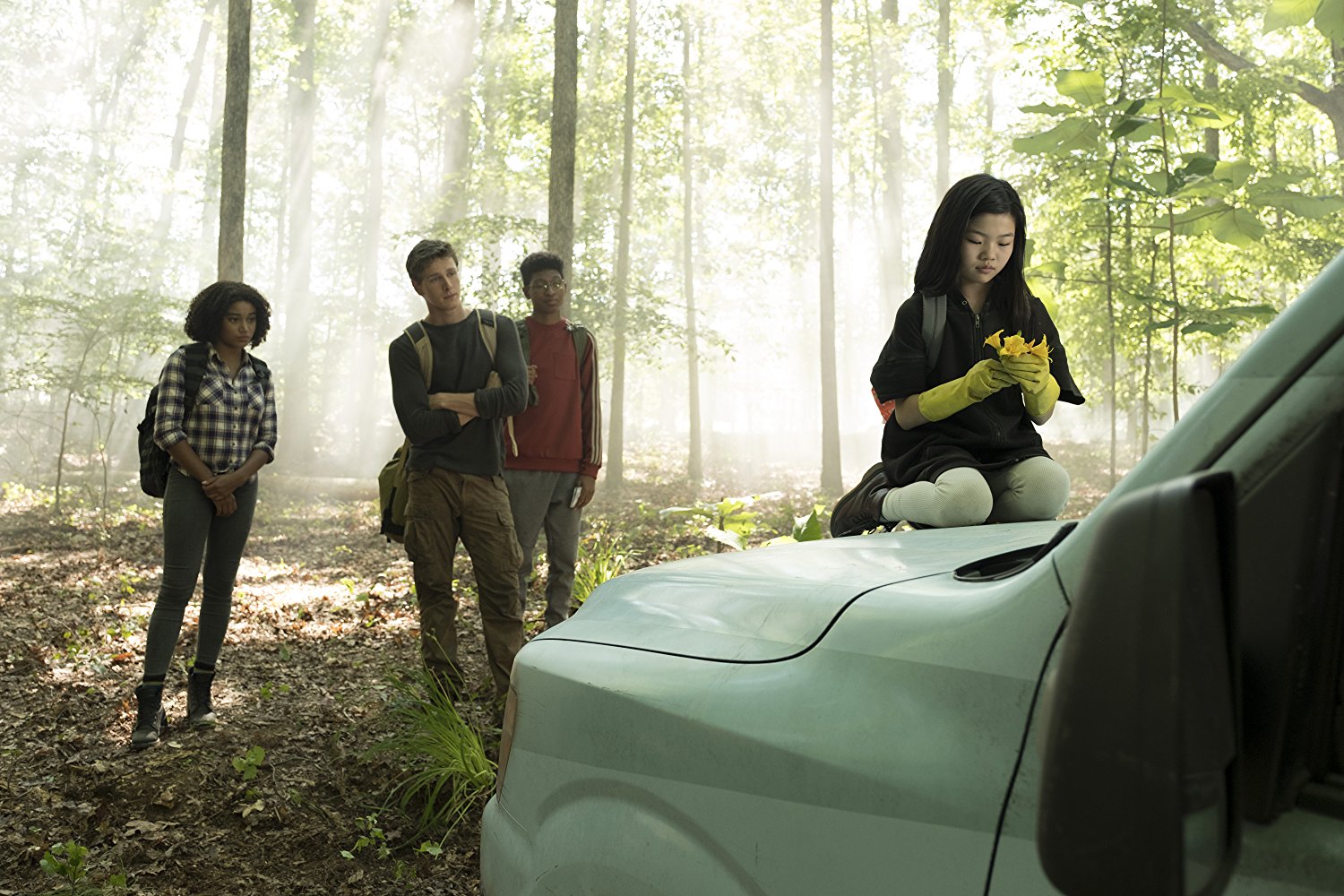 Although I liked Ruby and was impressed by Amandla Stenberg’s three-dimensional portrayal of the emotionally damaged young woman, it’s hard not to be bitter recognizing that this is the only glimpse we’ll get of her. And, as good as Stenberg is, no one else in the cast leaves an impression. Everyone is merely “okay,” including the likes of Mandy Moore, Gwendoline Christie, and Bradley Whitford (all in supporting roles). The production design is adequate but the film doesn’t require as many special effects as other dystopian YA stories.

I suppose it’s possible to argue that The Darkest Minds can be enjoyed for what it is. Unfortunately, that “what” refers to something incomplete. In an alternate universe, where this was the first movie of a completed trilogy, I might be able to recommend the film – it contains elements that could be expanded upon and developed in future installments. However, in the real world, where The Darkest Minds won’t perform well enough to warrant a sequel, a recommendation is impossible unless being teased without resolution is your kind of thing.