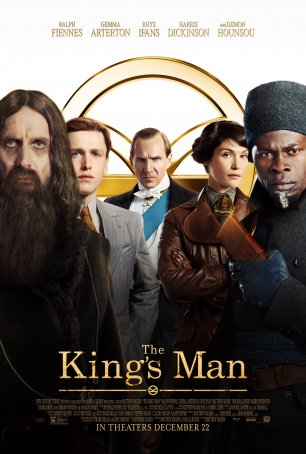 The problem with The King’s Man isn’t that it’s a bad film (it isn’t) but an unnecessary one. To the extent that there was a worthwhile story to be told in this comic book-based universe, it was presented in Matthew Vaughn’s 2015 feature, Kingsman: The Secret Service. The 2017 sequel, Kingsman: The Golden Circle, made it apparent that the “franchise” should have been stopped after the first film. However, money talks and the box office success of The Golden Circle prompted Vaughn to make a third movie. Instead of moving forward, he opted to relate an “origin story.” The King’s Man turns back the clock to the first two decades of the 20th century and explores the beginnings of the spy organization. With an episodic structure that offers three bizarrely different segments, the movie at least dares to be different although its overall success is questionable. Kingsman completists will no doubt enjoy the proceedings. Others may rightly wonder why anyone else should bother.

Following a prologue set around the turn of the century, the movie jumps ahead to the months prior to World War I. The beginnings of the coterie that will become the Kingsmen – Duke Oxford (Ralph Fiennes); his maid, Polly (Gemma Arterton); his manservant, Shola (Djimon Hounsou); and his son, Conrad (Harris Dickinson) – are in place and King George (Tom Hollander) sends them to prevent the assassination of Archduke Franz Ferdinand (Ron Cook). They are unsuccessful and their next tasks – to limit the expansion of the war in Europe and ensure American involvement – are hampered by the interference of the infamous mystic Grigori Rasputin (Rhys Ifans). Ifans’ performance, which channels that of Tom Baker from 1971’s Nicholas and Alexandra (with a little swordplay stirred into the mix), brings a manic energy to the first third of The King’s Man. And the inspired use of Tchaikovsky's “1812 Overture” to score a fight scene is a highlight. 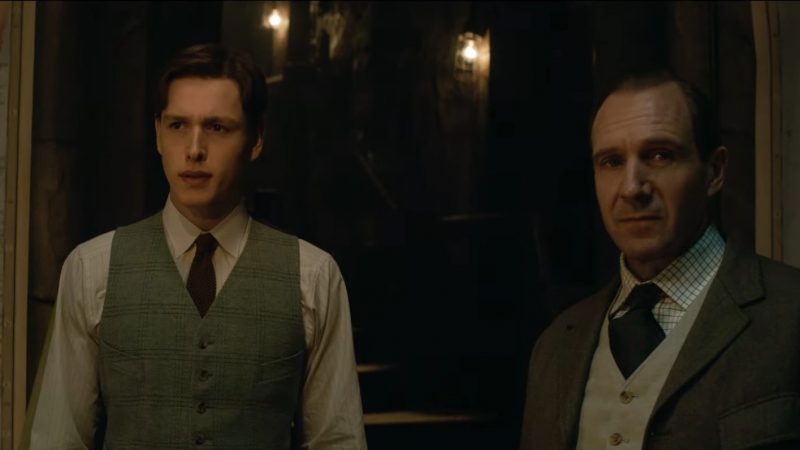 The film’s grim, gut-wrenching middle segment transpires primarily in the trenches of World War I. To his credit, Vaughn doesn’t attempt to transform this setting into something fun or heroic, but the radical change in tone is apt to cause whiplash. For roughly 30 minutes, it feels as if another movie has been grafted into the otherwise escapist entertainment. The final third focuses on an assault of the villain’s headquarters with the stakes being the United States’ entrance into the war. Although the unveiling of the shadowy figure who controls the League of Extraordinary Bad Guys is lame, there’s plenty of fun to be had as the Not-Yet-Kingsmen show their mettle. 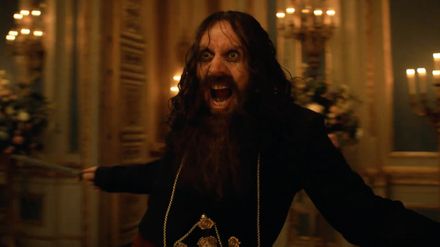 Although Vaughn plays fast-and-loose with history (not to the degree employed by Quentin Tarantino in Inglourious Basterds), the movie will probably work best for those with a working knowledge of the background and key events of World War I. (If you don’t know what the Zimmerman Telegram is, you may fail to grasp one of the movie’s plot points.) Vaughn populates the supporting cast with a roster of historically recognizable names: King George, Tsar Nicholas (also Tom Hollander, but with a little more makeup), Kaiser Wilhelm (Hollander again with even more makeup), Rasputin, Mata Hari (Valerie Pachner), Lenin (August Diehl), Woodrow Wilson (Ian Kelly), and the mysterious “Mustached Man” (who is not, despite how he looks, Stalin).

As either a 007-inspired spy film or a comic book adventure, The King’s Man feels stale. The spark with which Vaughn imbued the original (who could forget the parting shot?) is, if not entirely missing, at least greatly diminished. As with The X-Men, there’s a sense that 20th Century Studios wanted to milk the property dry and the general apathy surrounding the release of The King’s Man indicates the goal’s accomplishment. At a time when trips to the theater are reserved for “destination films,” The King’s Man doesn’t qualify. It’s a different matter for home viewing, when all that’s desired is a palatable diversion. In that, at least, The King’s Man validates its existence.