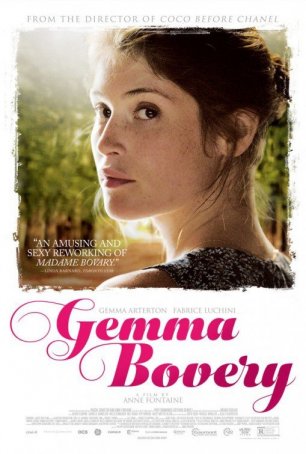 Gemma Bovery is a celebration of author Gustave Flaubert and actress Gemma Arterton. Much like Claude Lelouch's 1995 Les Miserables, this is less an adaptation of a classic novel (in this case, Madame Bovary) than a transition of themes, ideas, settings, and characters into the modern-day.  The film not only acknowledges the existence of the source material, but uses a character familiar with it to point out the similarities. This creates a "meta-" association, where coincidence, fate, or misinterpretation causes events in the movie to track close to those of the written work. 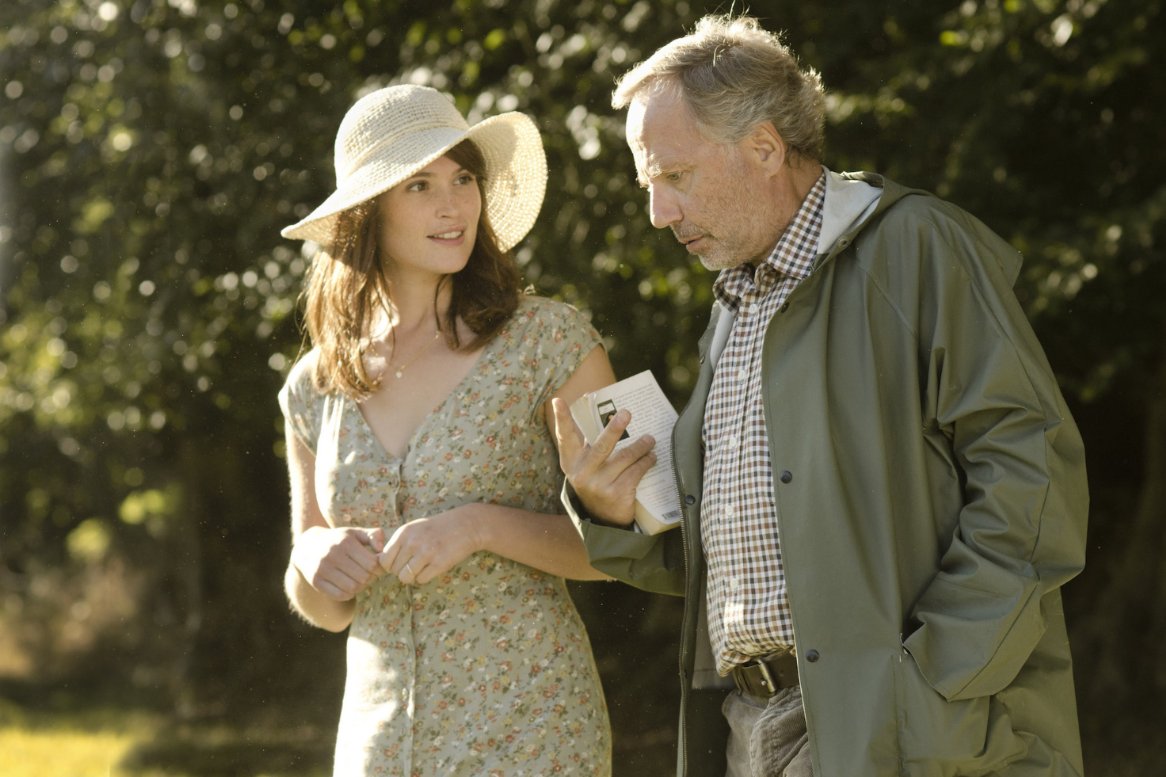 Gemma Bovery, which is told almost entirely in flashback, begins with the arrival of Charlie Bovery (Jason Flemyng) and his wife, Gemma (Gemma Arterton), to a small rural town in Normandy, where he has come to work restoring furniture. The Boverys are befriended by their neighbor, baker Martin Joubert (Fabrice Luchini), and his wife, Valerie (Isabelle Candelier). Joubert, a fanatical follower of Flaubert, immediately notices similarities between Gemma Bovery and Emma Bovary. Not only are the names similar but various details of Gemma's life echo those of Flaubert's tragic heroine. As the story progresses, Joubert becomes increasingly concerned that Gemma is headed for suicide and makes attempts to decouple the "real life" events from those in the book. At the same time, he becomes obsessed not only with the situation but the woman at the center of it.

Director Anne Fontaine (Nathalie) makes full use of her lead actress' beauty, sexuality, and charisma. The overused cliché that "the camera loves her" couldn't be more appropriate than in this situation. Gemma Arterton rivets our attention in the same way that Gemma Bovery arrests Joubert's. Arterton is a beautiful woman and a skilled actress (having appeared in the likes of Quantum of Solace and The Disappearance of Alice Creed) but some of her allure here is due to the intimate manner in which Fontaine shoots her, putting the viewer into Joubert's leering mindset. 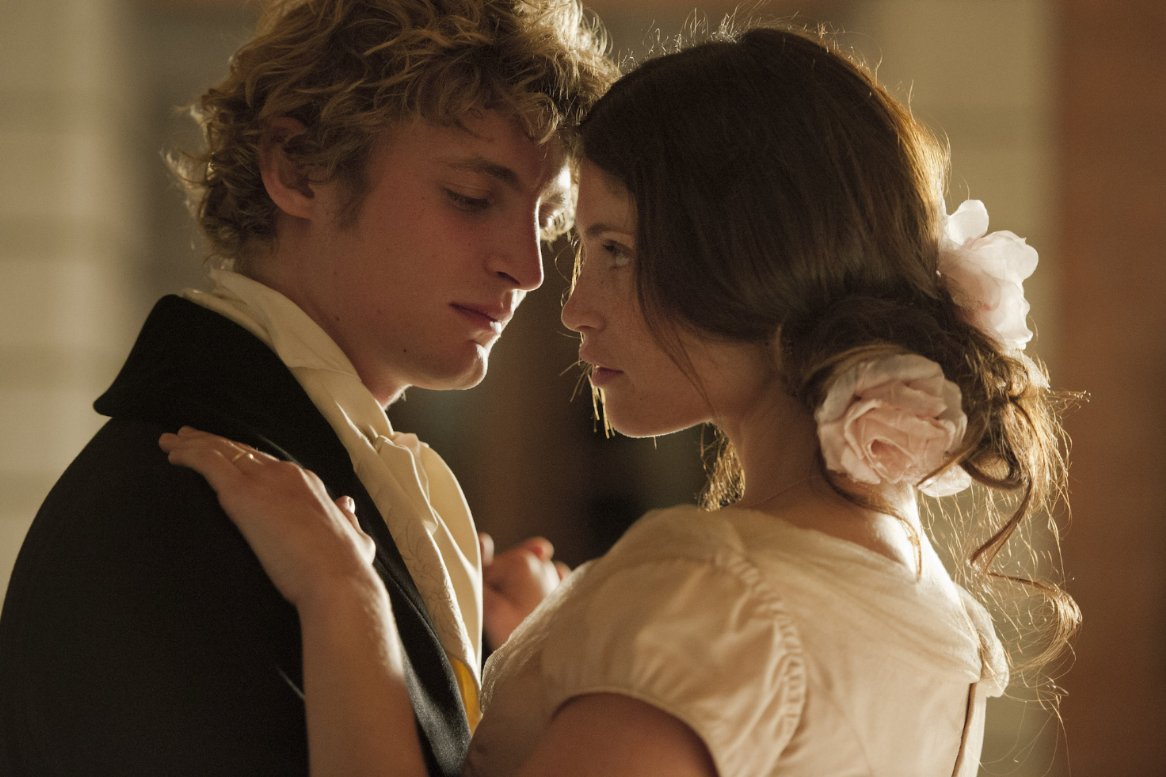 Gemma Bovery, which is based on a graphic novel by Posy Simmonds, possesses a deliciously sense of wit and irony. The film enjoys playing with the similarities to and differences from Madame Bovary and using Joubert as a dupe. He convinces himself (even to the point of arguing with his wife) that Gemma is Emma and, as a result, sees coincidences where they don't exist. He even goes so far as to urge Gemma to read the novel (which she does). When he notices she has bought rat poison (to kill some mice), he is horrified, thinking she plans to ingest it. As the narrative progresses, it becomes apparent that, in trying to distance Gemma's life from that of Madame Bovary, he is actually pushing it closer. 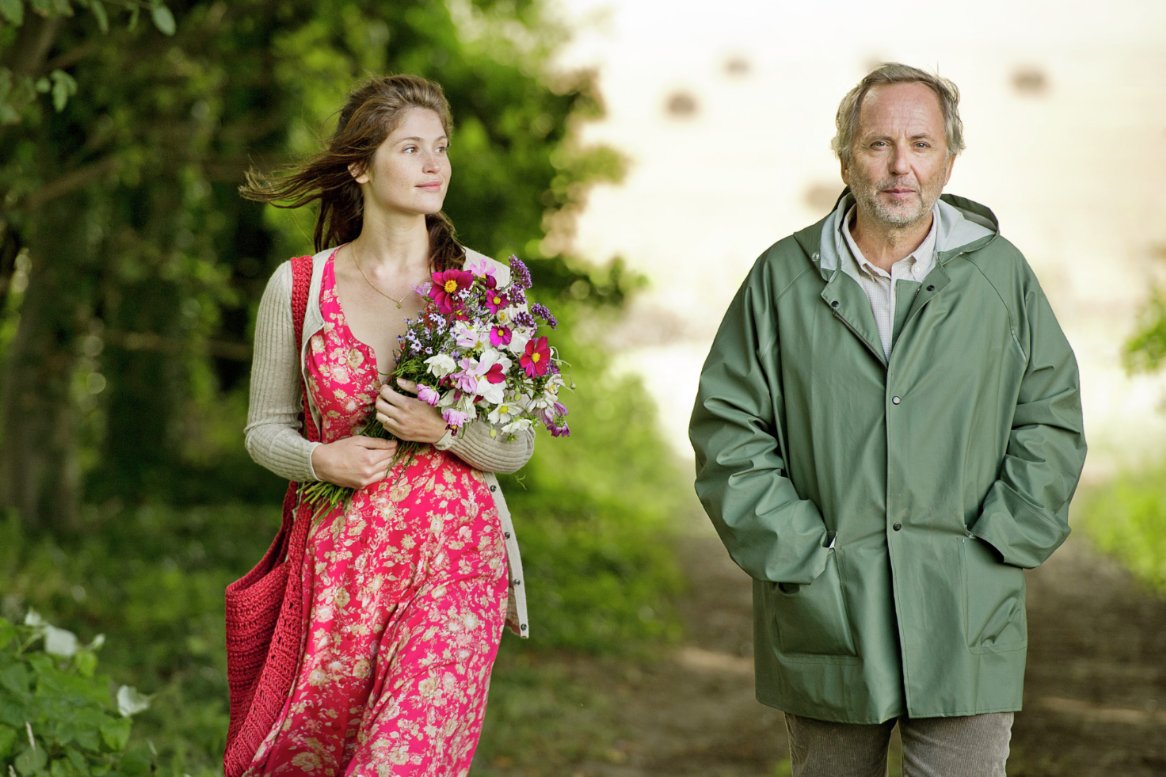 Although a familiarity with Madame Bovary isn't necessary to an appreciation of Gemma Bovery, it will help. Many of the characters have analogs, with Gemma representing Emma, Charlie standing in for Charles, Herve de Bressigny (Neils Schneider) replacing Rodolphe Boulanger, and Patrick substituting for Léon Dupuis. Some of the material is the same, with Gemma engaging in adulterous liaisons after becoming bored with her life.  At the time of its publication, Madame Bovary was the subject of an obscenity lawsuit. Nevertheless, the sexual content of the novel is tame compared with the eroticism that heats up the screen during one steamy scene.

The ending is masterful - not only is there a Rashomon­-tinged perspective of what happens during the climactic scene but the coda has fun playing with Joubert's obsession with real life counterparts of characters in classic literature. Although the movie probably won't have much appeal for those in search of bombastic summer fare, it's a nice little gem for anyone intrigued by the concept of having fun with a giant of 19th century literature.