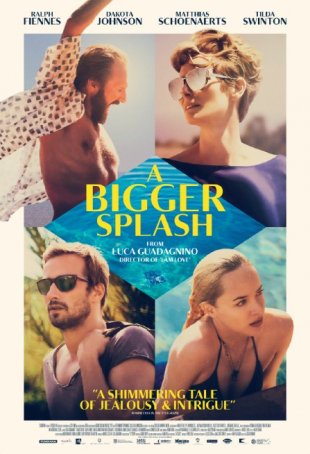 Is it A Bigger Splash or A Bigger Bore?  Despite a strong cast, gorgeous cinematography, and a suffocating sense of sexual tension, this movie takes far too long to get off the ground. When it finally does - more than an hour into the 120+ minute running time - it has already lost its audience.  A loose remake of Jacques Deray’s 1969 crime drama, La Piscine (both films share the same source material), A Bigger Splash echoes the low energy of its progenitor. The new film’s final third is compelling in a lot of ways (although still frustrating in how characters do - or more appropriately don’t - communicate) but its late-innings strengths don’t counterbalance the long slog necessary to get to that point. The movie at times feels experimental - a foreign-language film in English with improvised dialogue and quirky performances.

I can’t remember the last time when the four leads of any English-language movie - major or minor - had nude scenes. Whether that’s worthy of a mention or not, it’s one of the few unique elements A Bigger Splash can claim. Tilda Swinton and Matthias Schoenarts provide half-naked glimpses while Ralph Fiennes and Dakota Johnson offer the full Monty. Some of the nudity is sexy and some isn’t. The sight of the 54-year old, newly-minted “M” in his altogether may be viewed as a courageous acting choice but it isn’t arousing. Fiennes’ days as a sex symbol are in the past. 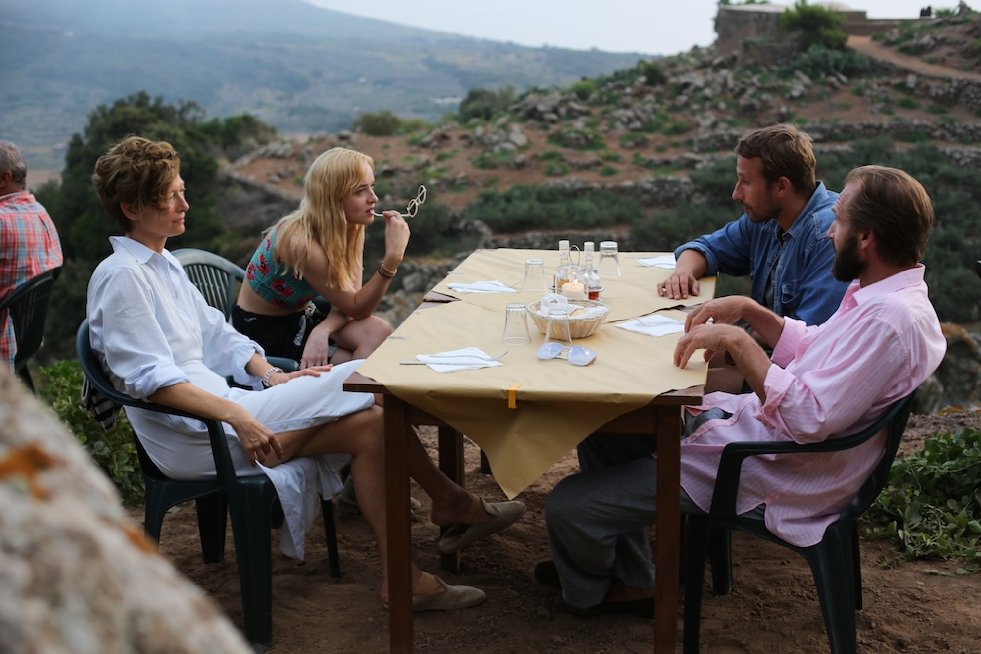 Despite being billed as a “thriller,” Luca Guadagnino’s interminable narrative focuses on characters talking, lounging around (sans clothing), and taking long, slow walks. Schoenarts and Swinton play Paul De Smedt and Marianne Lane, a couple living in semi-seclusion on an Italian island. Marianne, a famous rock star recovering from a throat operation, and Paul, a documentary filmmaker, find their restful stay interrupted by the arrival of an old friend, album producer Harry Hawkes (Fiennes), and his daughter, Penny (Dakota Johnson). Frictions arise as Harry and Penny insinuate themselves into Paul and Marianne’s lifestyle. Sexual tension percolates between old lovers Harry and Marianne and potential new lovers Paul and Penny.

The first 70 minutes of A Bigger Splash concentrates on the interaction among the characters. That’s not inherently a bad strategy since it sets up events that occur later in the proceedings but the dialogue is uninteresting and, more importantly, the people don’t speak or act like “real” people. They talk around issues because it would be inconvenient for the screenplay to address them directly. We also get lots of “quirky” scenes, like one in which Ralph Fiennes does an elaborate (and rather silly) dance. Flashbacks fill in the characters’ shared backgrounds. These enable us to see Marianne take the stage in an arena setting (complete with horrible green-screen work used to make it appear that actress Tilda Swinton is performing in front of thousands of rabid fans). 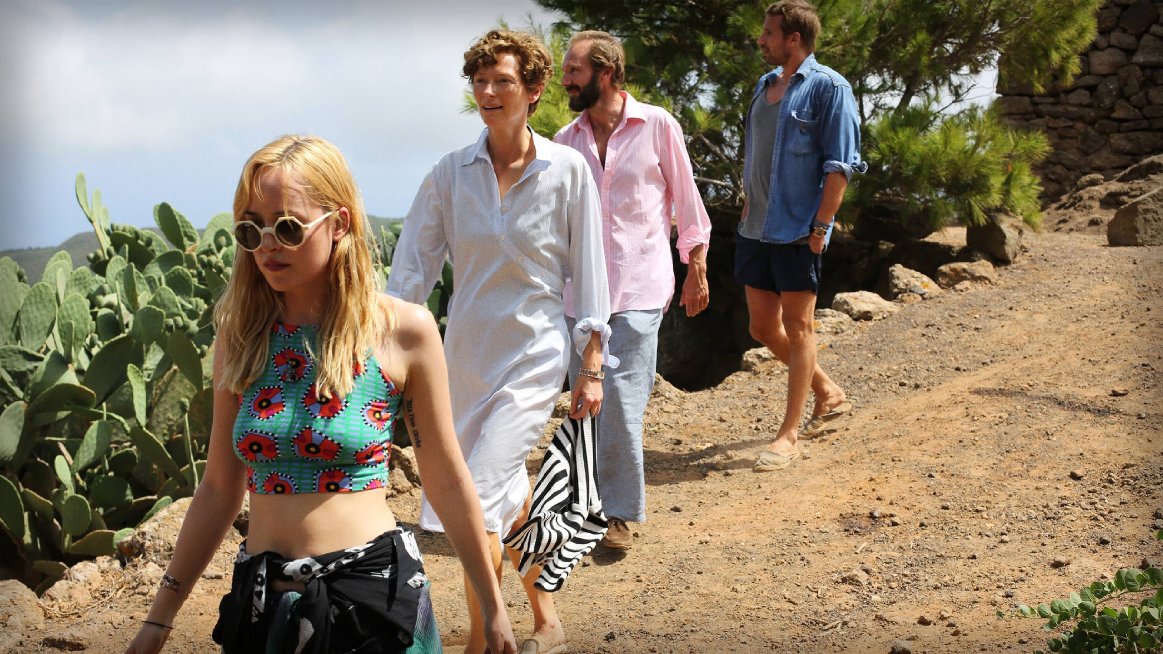 One interesting choice is to make Marianne a virtual mute. Recovering from throat surgery, she is unable to speak in more than occasional whispers. This forces Swinton to act using non-vocal cues and her performance emphasizes how important speech is to communication. The quality of acting isn’t one of A Bigger Splash’s drawbacks. With the possible exception of the low-key Schoenarts, who makes Paul difficult to read, the portrayals are top-notch. Fiennes embraces the larger-than-life exuberance of Harry and Johnson is dangerously sexy as the seductive, playful Penny, who may be more than she seems.

Narratively, A Bigger Splash isn’t well balanced. Too little happens early and too much happens late. The last act, which begins with illicit sex and violence and ends with the credits, would have benefitted from some expansion. There’s a subtle complexity to how the characters’ interactions change during these sequences; it isn’t done justice by the brevity of screen time remaining. By the time the movie ended, I was invested; it’s too bad it took over an hour before I got to that point.